Persona 5 Strikers offers a new experience to all, even Persona fans, as the game is a cross-over between P-Studio and the creators of Dynasty Warriors, Omega Force. As such, the game loses its turn-based battle and instead features an action-RPG battle experience.

There are still lots of Persona battle traits that carry over to Strikers, but they’re not exactly the same as they are in previous titles. There is a lot to learn when it comes to battle in Persona 5 Strikers, but we’ve compiled a list of the very basics so that you can dominate on the battlefield. 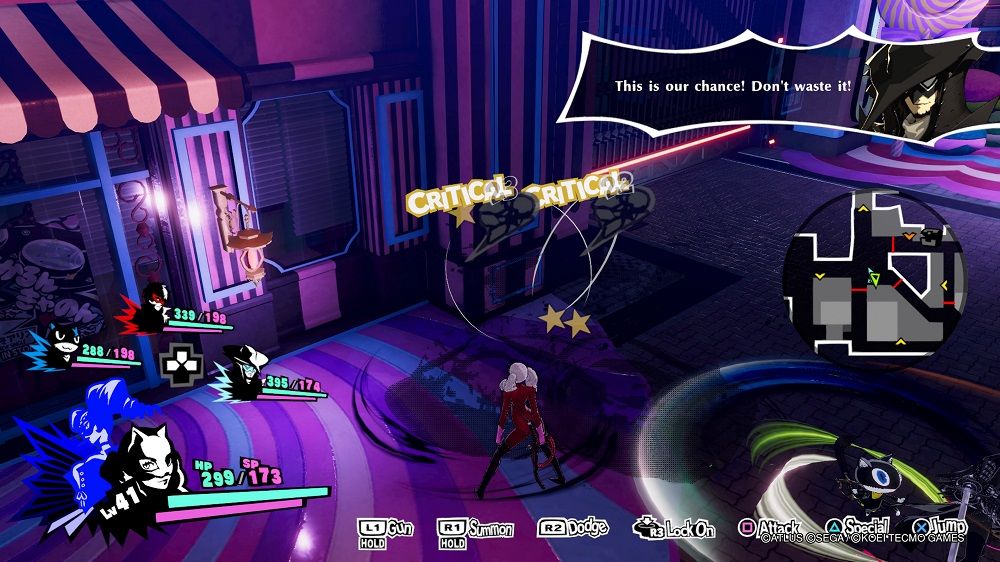 There are a few basic battle functions that each character has. There is the normal Basic Attack that you can chain, a Special Attack that executes a character-specific attack, which is sometimes a buff instead of pure damage. There are also Follow-Up Attacks, where a prompt will appear letting you leap at the enemy and then chain basic attacks before performing a Special Attack finale.

Each character also has a gun option, but you only have a finite number of bullets per battle, so keep this in mind. Locking onto an enemy makes it easier to pull off many attacks, including gunfire. 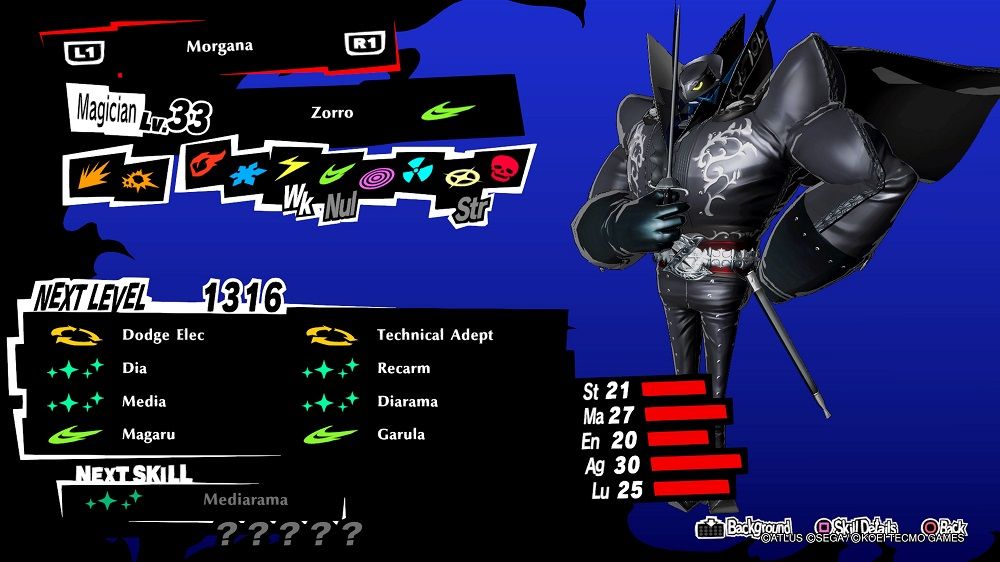 Every character has access to at least one Persona, and Joker has access to many. You can use the special attacks from your Persona menu throughout the battle, but it will cost you SP each time, or HP depending on the chosen move. Persona skills range from healing, buffs, status ailment inflicting moves, and elemental attacks. Other than Joker, each character focuses primarily on one element. Additionally, each character has different Basic Attacks and Special Attacks, so play around with your party member set up to find out which is best for your play style.

All characters and enemies have weaknesses and strengths when it comes to the various elements in the game. You can see an enemy’s weakness when you go to attack it with your Persona or when you use Analysis. Hitting an enemy’s weakness will do more damage and deplete their Down Gauge. Additionally, some enemies will be unaffected by some elements, and other elements will heal them. Be sure to check which elements affect them in what way before attacking.

Each character’s strengths and weaknesses are reflective of those of their Persona, so Joker’s changes depending on which Persona you have equipped. You can change your Persona at any time during a battle with Joker. When targeting with a Persona attack, the battle will pause and you are able to move the area of effect around to ensure you hit as many enemies as possible. 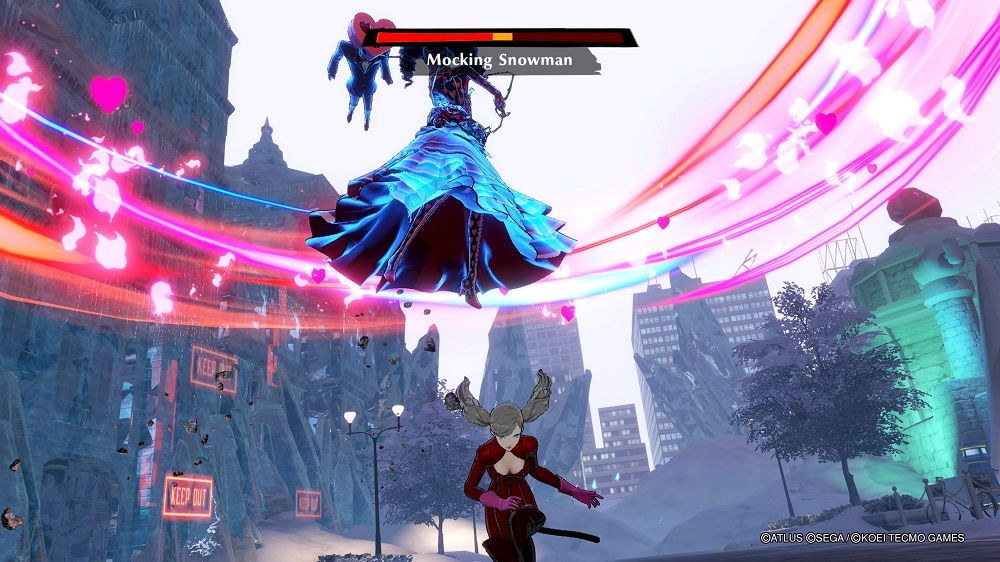 This attack uses each Persona’s main element, and so Show Time can deal some devasting damage when you use a Persona that has an element that the enemy is weak to. 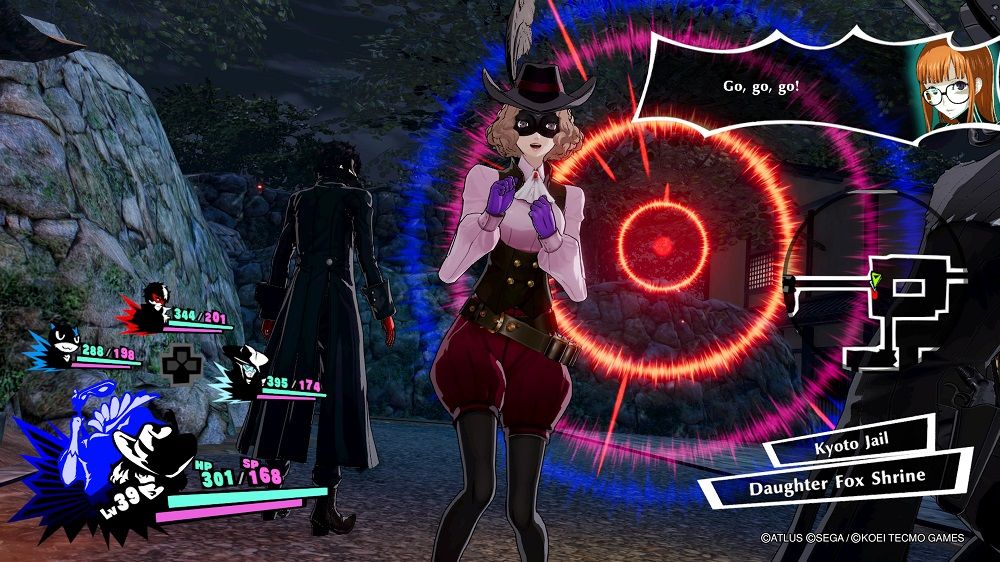 You can perform a Baton Pass by using one of the directional buttons, which changes your active character to one of your teammates. Performing a Baton Pass will temporarily increase the speed at which the Show Time gauge increases and this can be improved with certain Bond Skills. Switching characters is a great way to be able to utilize and take advantage of different elemental attacks as needed.

Down Gauges and All-Out Attacks 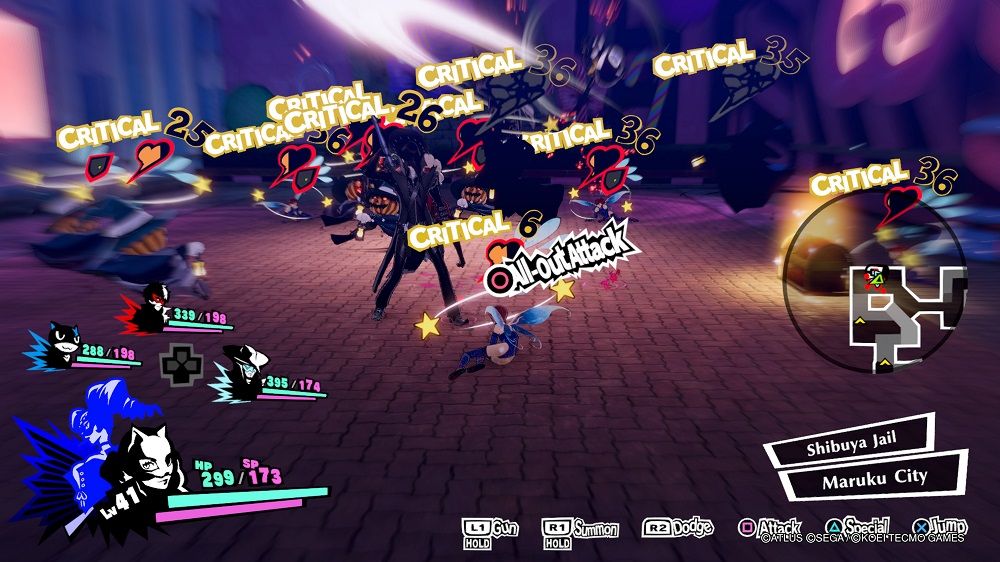 The Down Gauge is the small shield that appears above an enemy; this depletes when it is struck by an element it is weak to, or by a Critical Hit, or a Technical Hit. When the down gauge is fully-depleted, the enemy will be knocked down and an All-Out Attack prompt will appear that will allow you and your teammates to perform a combo attack on the enemy and any others near to it.

Bosses have more than one shield and so their down gauges take longer to deplete. However, once you have broken one shield on stronger enemies, you will be prompted to do a “1-More” Attack to deal some extra damage.

You are able to sneak up on enemies or jump ambush them from objects in the environment to gain a pre-emptive strike. These attacks often result in the enemies being knocked-down from the beginning of the fight, allowing you to perform an immediate All-Out Attack.

Additionally, you can use Phantom Dash attacks — these are special attacks that you perform from on top of objects in the environment. For example, you can Phantom Dash to leap to a car and then use the button prompt to make the car explode and deal damage to any nearby enemies. Make the most of your surroundings during battles, as this is a great way to deal some damage without wasting SP, and Phantom Dashes often result in Critical Hits. 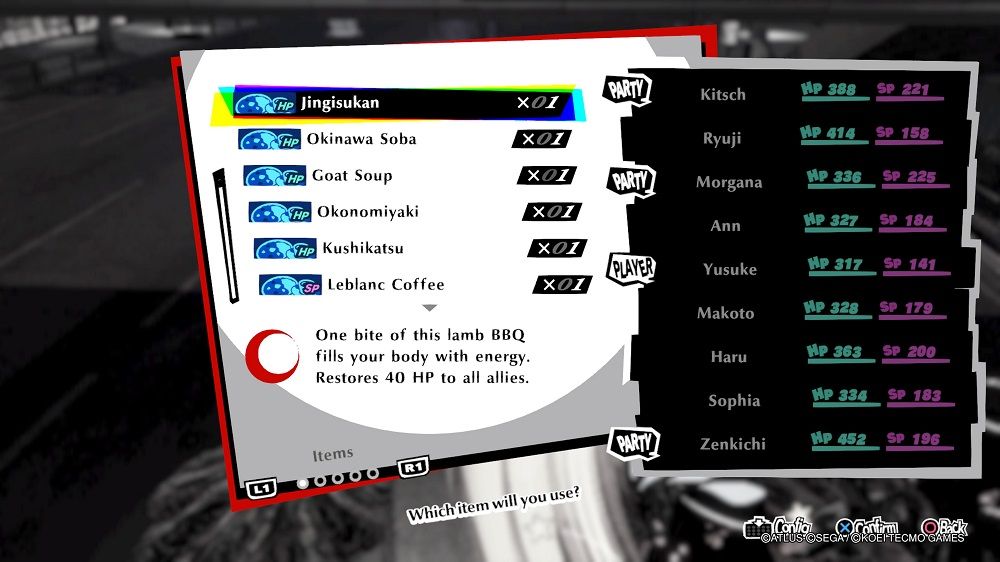 You can use items at any time during battle by simply bringing up the menu. The battle pauses while you have this menu open and you can use a range of HP/SP restoration items, as well as items that apply buffs. It’s wise to keep a healthy stock of medicine items so you can help your party out if you find yourself in a tough spot. 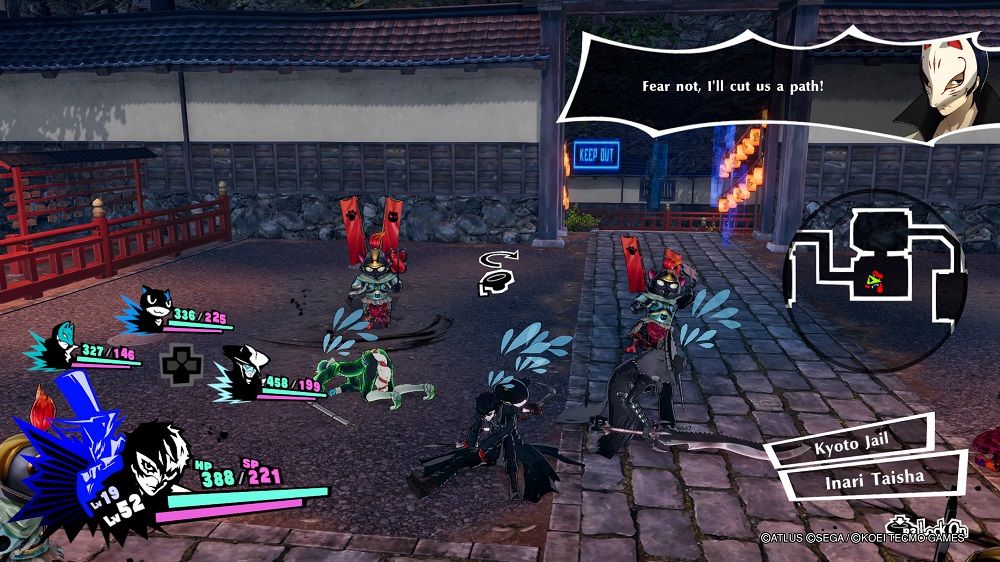 You and your party members can be knocked down or afflicted with various status ailments. Some ailments can be cured by rotating the thumbstick, others can be cured with medicine items or healing Persona skills. Additionally, the Harisen Recovery Bond Skill means there is a small chance that one of your teammates will heal you. You can upgrade this skill to increase the chances of it happening.

If for whatever reason, you want to run away from a battle, you can simply run into one of the walls of the battlefield until the arrow has filled completely and then you can make your escape. 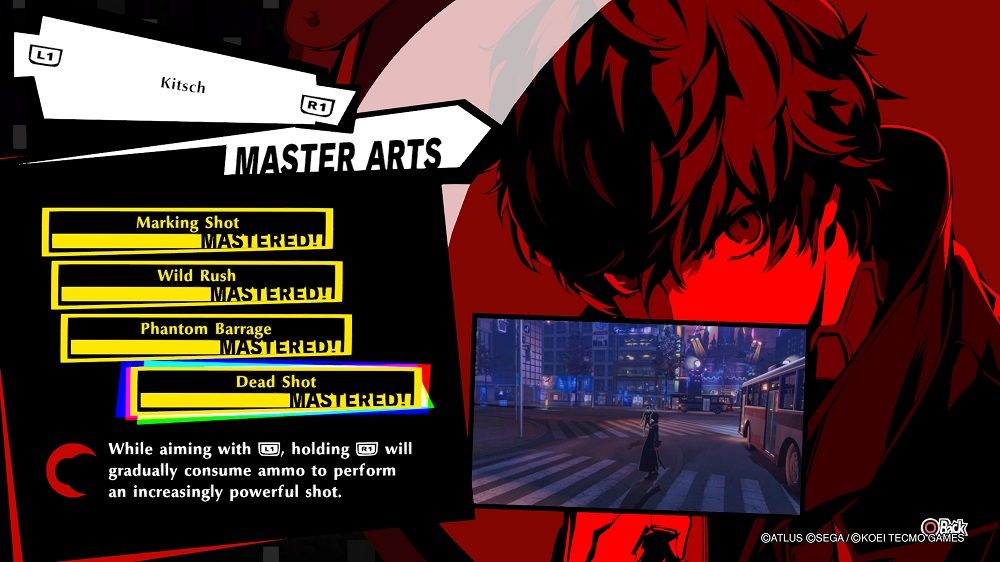 Master Arts are special combos and each character has four different Master Arts that they can learn. To unlock these combos, you need to use that specific character in battle, and the more enemies you defeat as them, the more skills that they will unlock.