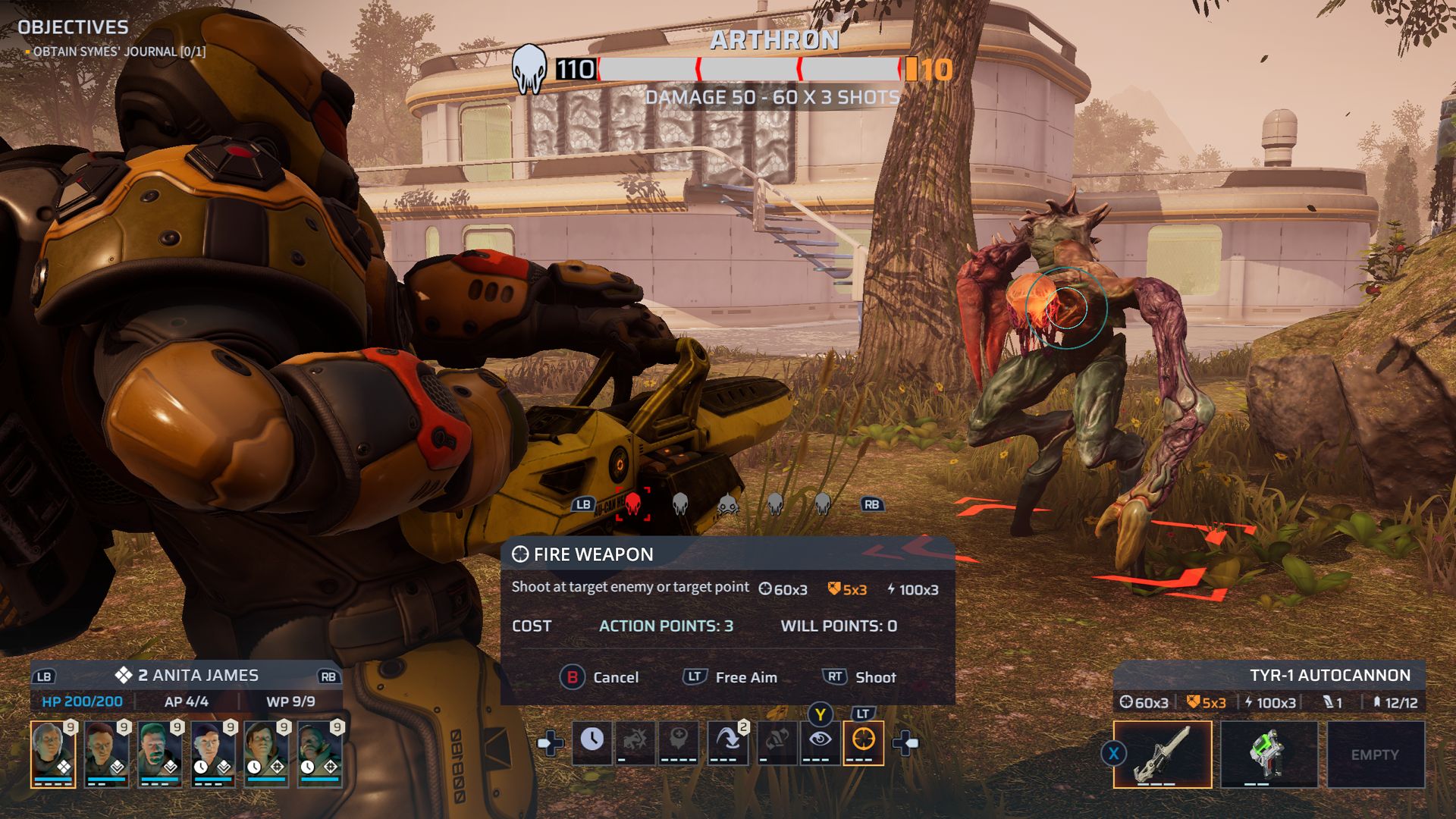 The original creator of XCOM brings his spiritual sequel, and two years of refinement and bug fixing, to consoles.

When Firaxis’ reboot of XCOM was released in 2012, we hoped that it would begin a new era of popularity for strategy games on consoles. It was initially disappointing when it only seemed to be a major success on PC but looking back its influence was more than was obvious at the time. It may not have been a breakout hit itself, but it was part of a surge of other, likeminded games whose combined efforts have made turn-based strategy fashionable for the first time in its history.

We’re now in a position where a major new Marvel game is being created by the makers of the modern XCOM titles and the creator of the original XCOM, from back in the mid-90s, has gained enough funding to make his own spiritual sequel. Julian Gollop has been making turn-based strategy games for longer than most gamers have been alive, starting with Rebelstar Raiders and Laser Squad in the 80s, but he hasn’t worked on an XCOM game for over 20 years.

As with Chaos Reborn, Gollop’s reimagining of his fantasy-based strategy series, Phoenix Point, is a crowdfunded project that came out of PC early access in 2019. We reviewed it at that time but while it was an enjoyable game, the weak artificial intelligence and other signs of a low budget left it playing second fiddle to the real XCOM. Almost two years later though, the first console edition offers the perfect opportunity to return to the game and see what has improved.

If you’ve played XCOM before then Phoenix Point will feel very familiar. It looks and works very similarly to the XCOM reboots, in that you control a small group of soldiers in turn-based combat, while managing a series of combined barracks and research & development bases at a wider strategic level. There are a lot of differences in the details, from the fact that soldiers start with four action points to the ability to target individual body parts, but the general concept and controls are the same.

The backstory is different, in that you’re facing a Lovecraftian menace brought upon by a thawing permafrost, but the semi-apocalyptic world that you’re tasked with saving works similarly to XCOM 2 in terms of humanity being on the back foot and a constantly ticking time bomb – in this case a transmogrifying mist.

There’s also a more complex diplomatic element, that’s reminiscent of the way factions are handled in expansion pack War Of The Chosen, but Phoenix Point’s storytelling in general is more involved than anything in an existing XCOM game, with branching plot points and multiple endings. Although that is tempered by the fact that the factions are all run by idiots, and you usually resent having to help any of them.

There are some areas where Phoenix Point is unequivocally better than XCOM 2, such as the more expansive destruction effects and a small range of vehicles equipped with heavy ordnance. The way the alien mist and other horrors eat away at each soldier’s will points, which measure their sanity and resolve, is also interesting, making stress and madness almost as tangible a threat as snarling tentacle monsters.

In terms of performance, which was an issue for the PC at launch, there’s certainly far less bugs than there used to be. The controls for raising the camera up and down, to look at different levels of a building, are a bit unreliable but that’s about the most serious persistent problem. Load times are long, even on a PlayStation 5, but a proper next gen patch is promised that will hopefully help to shorten them – although technically all that’s been promised is 4K and 60fps.

The joypad controls are very good and while they use the basic set-up pioneered by the XCOM reboots, the more complex interface for Phoenix Point, most notably inventories, has been adapted very well. The graphics in general are also impressive, but while there’s more variety in map types than there used to be, you do still begin to recognise the different templates that underlie the procedurally generated designs.

The artificial intelligence has also definitely seen improvement, in the fact that enemies are capable of doing more than just run straight at you or sit in one spot shooting, but it’s still common to see them wandering about in the open with no apparent plan.

For now, the biggest addition to the Behemoth Edition is that it includes four major DLC expansions, which add various new features and extras. The most obvious from the start is a proper tutorial, with narration and unique characters, that eases you into the gameplay and concepts much more gently. At a base level XCOM isn’t any more complicated than point where you want to go and what you want to shoot at, but Phoenix Point has enough wrinkles and extra options that the new intro is much appreciated.

Other additions are less successful though, such as an aerial interception mini-game inspired by the original Amiga game and one of the few aspects of the original design not to make it into the reboots. It’s very underwhelming though and weirdly involves your transport plane shooting down enemy flyers instead of a dedicated interceptor.

All the DLC add new enemies, classes, weapons, and equipment, with the most recent expansion introducing an enemy support unit that releases mist to corrupt soldiers and heal or resurrect enemies.

The amount of new content is impressive, and proves the developer’s commitment, but for a game that was already poorly balanced every new addition only seems to make the situation worse. In some instances, such as the new artificially mutated soldiers that can have both human and alien abilities, there is a clear attempt to make sure they’re not too overpowered but in other cases features and equipment seems to be thrown into the game with little real care.

A lot of the new content doesn’t gel at all well with the base game and while you can choose to toggle it off or on, that’s clearly not ideal. War Of The Chosen was already becoming too overloaded with options but Phoenix Point blasts past that with apparently no concern.

Part of the appeal of the XCOM reboots was how slick and streamlined they made the experience, without any real loss of depth. By comparison Phoenix Point feels less refined, adding complications and convoluted rules for little real gain.

Phoenix Point has gotten a lot more content over the course of the last two years but beyond the bug fixing it’s debatable whether anything has actually improved. This is still an enjoyable strategy game, with lots of depth and a mountain of content, but where the reboots were slick and accessible, Phoenix Point feels fiddly and esoteric.

That doesn’t mean it won’t still find an audience on consoles but if the current strategy game renaissance had relied on Phoenix Point rather than the XCOM reboots it’s doubtful it would have taken off in quite the same way.

In Short: On paper it does everything XCOM does and more, but poor balancing and overcomplicated rules means it’s just not as much fun.

Pros: The turn-based combat is highly compelling and more flexible than XCOM. Strategy level play is equally open-ended, with a mountain of new DLC content and far fewer bugs than the PC at launch.

Cons: At once too similar to XCOM and yet not as accessible or entertaining as the reboots. Poorly balanced, especially in terms of the DLC content, and with long load times.