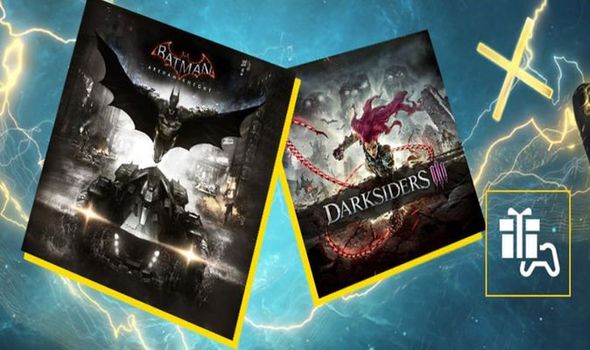 The official PlayStation Plus lineup for next month includes Batman: Arkham Knight and Darksiders III.

These two games will be available to download, starting Tuesday, September 3, from the PlayStation Store.

In the meantime, you still have a few days left to pick up August’s PlayStation Plus titles.

Sony usually lists them as being available until the day before the big PS Store refresh.

However, fans will probably have until just before Arkham Knight and Darksiders III go live to download the August games.

Arkham Knight was first released in 2015 and earned some solid reviews from critics and fans alike.

However, it wasn’t able to beat the scores of Arkham City, its predecessor game, which managed higher scores on Metacritic.

Fans of the Caped Crusader will need to find around 50GB to download and play Arkham Knight next week.

As mentioned in the game synopsis, this is the finale of the Arkham game series and there is no clear indication when the next Batman game is going to be launched.

“In Batman: Arkham Knight, the explosive finale to the Arkham series, Batman faces the ultimate threat against the city he is sworn to protect,” the official game description reads.

“Descend into the besieged streets of Arkham City as DC’s most-iconic crime-fighting crusader in Rocksteady’s neo-noir action-adventure and explosive finale to the Arkham series.

“Pull on the legendary black cowl and explore the vast, neon metropolis, grappling up walls and vaulting across rooftops, gliding between buildings, or tearing through the streets in the super-powered Batmobile.

“Go up against some of the caped crusader’s most iconic enemies, including Scarecrow, Harley Quinn, Killer Croc and more, using brutal hand-to-hand combat and an array of gadgets to liberate the over-run city once and for all.”

Batman Arkham Knight can be found on the PlayStation Store right now, costing 15.99 to purchase.

Darksiders III is the other big PS Plus game announcement which will be launching alongside Arkham Knight.

Nowhere near as well-received as past instalments in the franchise, Darksiders III released late in 2018.

However, it should be noted that while it wasn’t a huge hit with reviewers, gamers have given it a positive score on Metacritic.

Darksiders III will require around 20GB of console space to download and play and has an age rating of 18+.

“Return to an apocalyptic Earth in Darksiders III, a hack-n-slash Action Adventure where players assume the role of FURY in her quest to hunt down and dispose of the Seven Deadly Sins,” the official game description reads.

“The most unpredictable and enigmatic of the Four Horsemen, FURY must succeed where many have failed – to bring balance to the forces that now ravage Earth.

“Darksiders III is the long-anticipated, third chapter in the critically-acclaimed Darksiders franchise.”