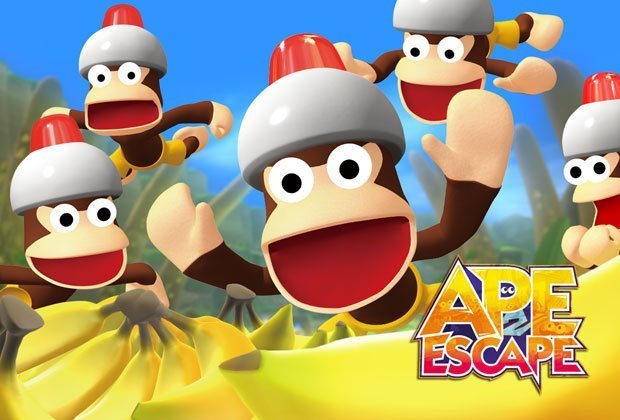 Over the weekend fans started to get excited at the prospect of a brand new Ape Escape gaming coming ot PS4.

It’s all based on a new twitter account created at the weekend which Sony Japan proceeded to retweet and all they retweeed was a picture of one of the monkey characters hiding behind a tree.

In fairness a new Ape Escape game could be in the works (more on that further down) but for now it appears to have more to do with the game celebrating the 20th anniversary of the Ape Escape series, which was first released on June 24th 1999.

“The account, @Piposaru20th, looks to have been sent up by PlayStation Japan to commemorate the series, and share information about the franchise from the last 20 years. The official site has been updated with new items including mobile wallpapers. If you happen to be in Tokyo between July 19th and August 1st a special pop up shop will be at Tokyo Station selling limited edition items to celebrate Ape Escape’s 20th anniversary. There’s also a PS Plus exclusive theme available too.”

You can see some of this on the below video also released to celebrate the anniversary.

As we mention, it is possible a new or remastered edition of Ape Escape is in the works.

Fans have demonstrated a hunger for remastered platformers and we already know Sony has dug back into the back catelogue to remaster Medievil, coming later this year.

As Dualshockers have pointed out “a little over three years ago, Ape Escape 3 was rated yet again for the PS4 by the ESRB.”

Nothing ever materialized, but it does seem strange that Sony might celebrate a series it has otherwise placed on the back burner for good.

On top of this, we know Sony are planning a big event in Japan next month, which feels as good a time as ever to announce something.

A Japanese PlayStation blog post reveals that the show will host a variety of new things such as demos for unreleased PlayStation 4 games, more VR titles and other additions yet to be confirmed.

Sony has also confirmed there will be live streams from the event (likely broadcast via the Japanese PlayStation Youtube channel), showing off what’s on the show floor.

Depending on what ends up being shown at PlayStation Festival Tokyo 2019, we could see a State of Play before or after the event, divulging more information about teases or announcements made at the event.

Could a new Ape Escape be part of this big new event and the next State of Play? There’s a lot of reasons to suggest it would be the perfect time to drop an announcement.