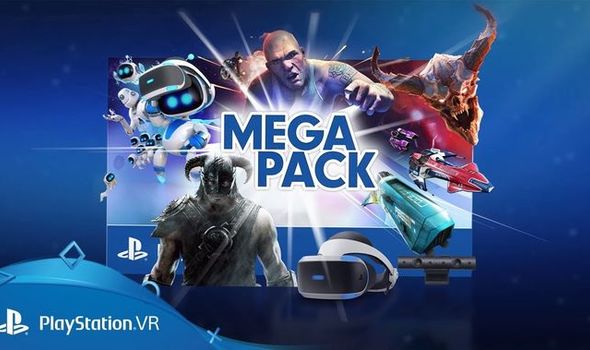 Black Friday is mere hours away, and Amazon is offering even more deals for gamers – on top of the Xbox One S bundles they discounted earlier today.

This time it’s PlayStation fans that are getting a bargain, as the retailer has dropped the price of PlayStation VR bundles – and both bundles on offer include a whopping FIVE games each.

PlayStation VR is an optional extra for the PS4, and offers Virtual Reality games and experiences that use a clever headset that’s tracked by the included camera.

The PlayStation VR Mega Pack has been reduced from £299.99 to just £229.99 – a saving of £70. Included in the bundle are Skyrim VR, Astrobot Rescue Mission, DOOM VFR, Wipeout Omega Collection, and PlayStation VR Worlds – a collection of short VR experiences.

GET THE BUNDLE HERE

That’s not all, as the New Mega Pack is also reduced by £50 and now costs just £249.99 – and also includes five games: Skyrim VR, Astrobot Rescue Mission and PlayStation VR Worlds, but also Everybody’s Golf VR and the terrifying Resident Evil 7.

GET THE BUNDLE HERE

If you’ve already got a PlayStation VR, you’ll be pleased to know that Amazon is also discounting games for the system – including Game of the Year candidates Blood and Truth and Concrete Genie.

This article contains affiliate links, we may receive a commission on any sales we generate from it. Learn more