Fire-Type Pokemon have been an important staple of the series ever since the first generation of games. With how many Mythical and Legendary Pokemon have been introduced after 25 years, one would think there would be more that are fully or at least partially Fire-Type.

Unfortunately, after eight generations and over 900 Pokemon, there are only eight Fire-Type Legendary and Mythical Pokemon total. But just because there aren't as many of them, doesn't mean they aren't significant. 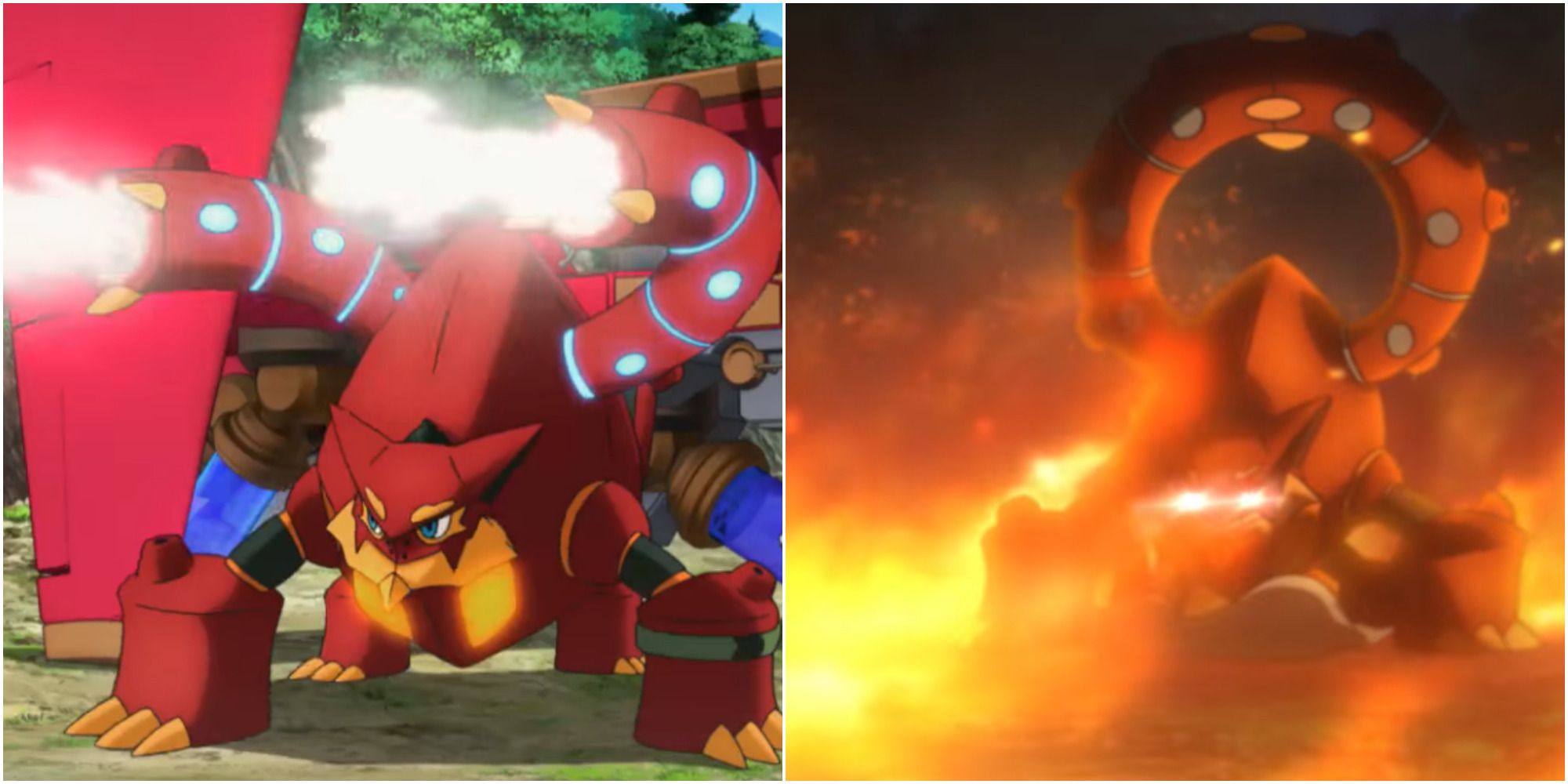 The first, and to this day only, Pokemon to be both a Fire-Type and a Water-Type, the steam produced from Volcanion's body can demolish mountains. Besides its unique type combination and the minuscule amount of lore it has, there's really nothing else notable about Volcanion. Volcanion was also the last sixth-generation Pokemon to be distributed, right before the release of Pokemon Sun and Moon, so it was bound to be forgotten by many who were ready to move on. 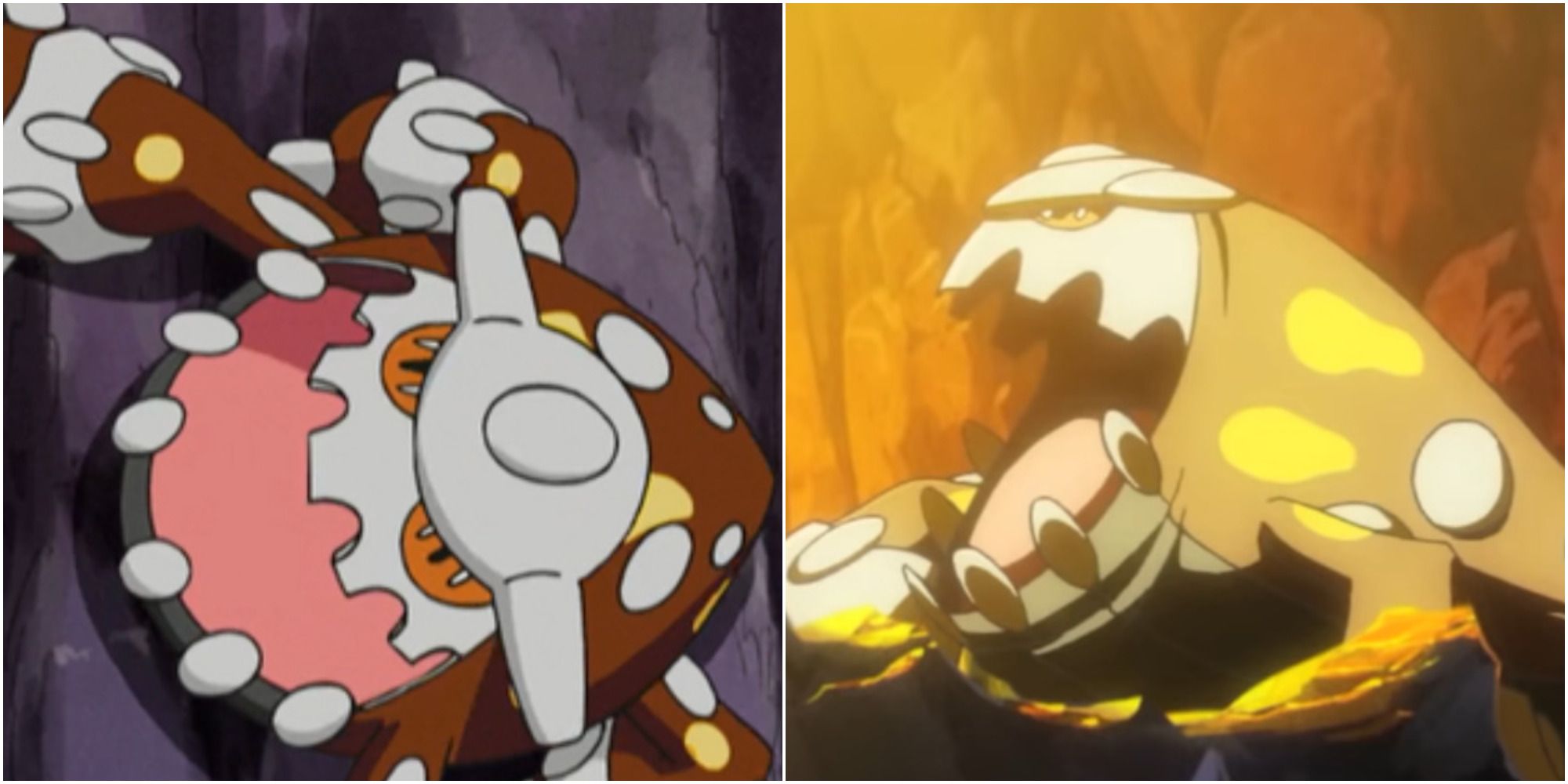 Without its competitive skill, Heatran would be easily forgotten as one of the few Fire-Type Pokemon in Diamond and Pearl. Heatran's blood is essentially magma, causing it to have such intense body heat that some of the steel on its body is partially melted. If the magma stone is taken from its territory, it will go on a rampage and cause its volcanic crater to erupt until the stone has been returned. Compared to other legendaries, even Heatran's lore is relatively lacklustre, although maybe a form change would help. 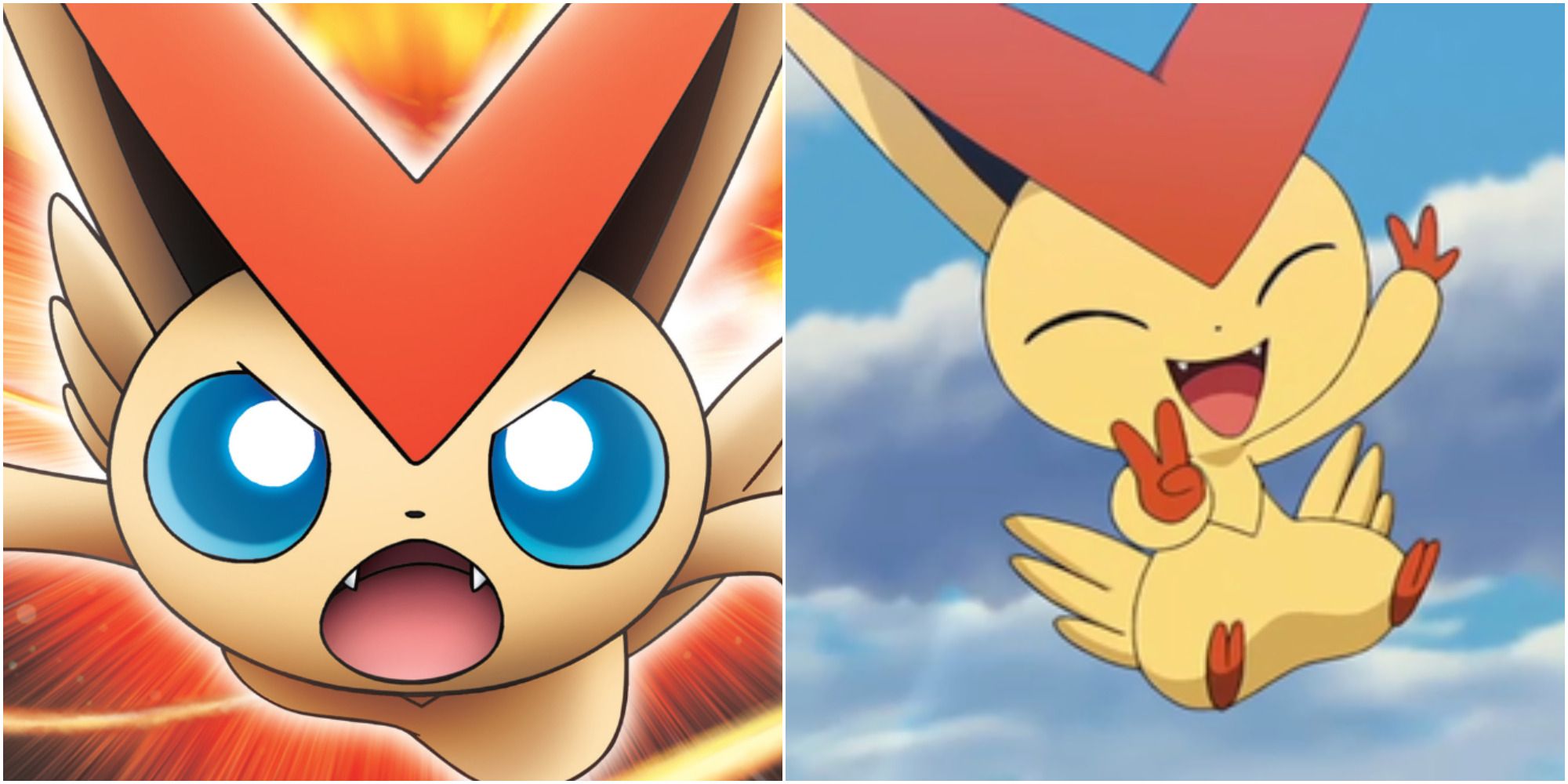 Strangely registered as Number 000 in the Unova Pokedex, Victini is a dual Fire and Psychic-Type Pokemon that brings victory to the trainers who befriend it and has an unlimited supply of energy that it can share with any other being it touches.

Of course, this lore doesn't actually translate into gameplay, or else Victini would be the first and only instant-win Pokemon and have unlimited PP for each of its attacks. Its signature moves V-Create and Searing Shot are also some of the most powerful Fire-Type moves in the series, which ultimately help make it more memorable. 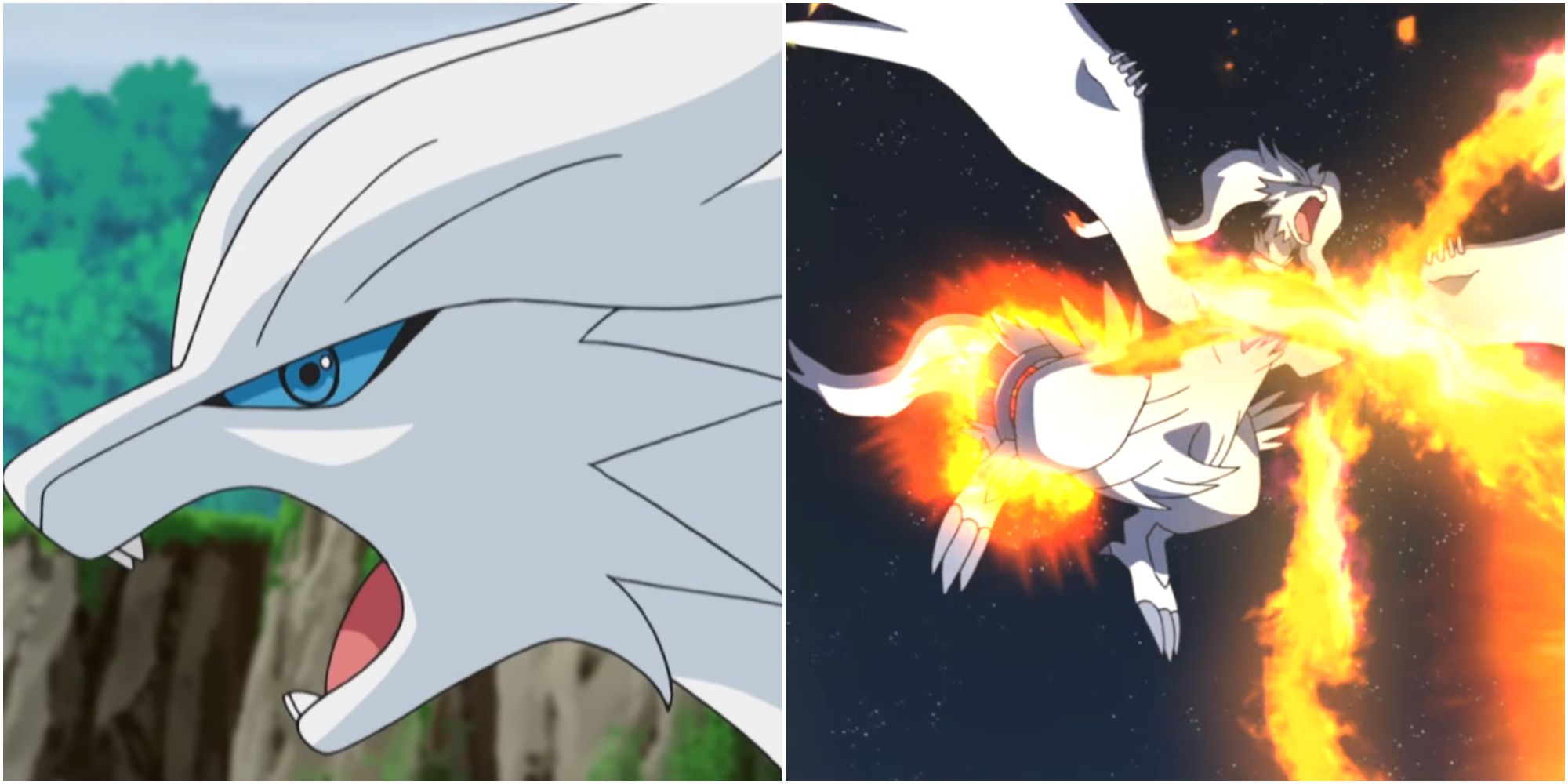 It took five generations and 19 games, but in Black and White Version, a Fire and Dragon-type Pokemon was finally introduced in the form of the Vast White Pokemon Reshiram. Besides being one-third of the tao trio alongside Zekrom and Kyurem, Reshiram is also known as the "Dragon of Truth," and will annihilate any greed engulfed kingdoms that choose to ignore the truth. 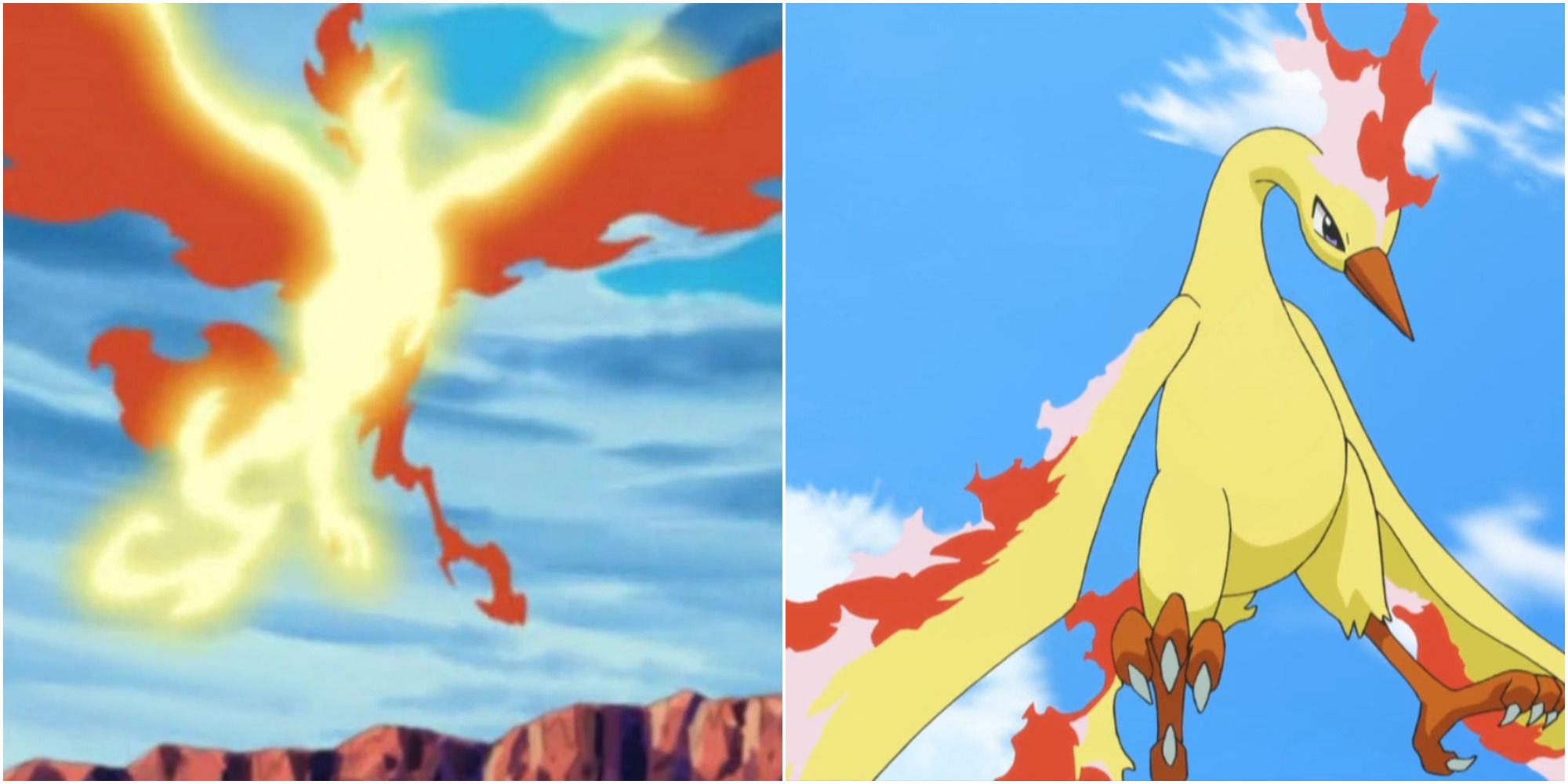 The first Fire-Type Legendary to be introduced, Moltres' abilities may not be as powerful as those of newer Legendary Pokemon, but it is still important to the Kanto region. In the original games, Moltres resides in Victory Road, which the original anime series alludes to with the Indigo League torch-passing ceremony.

Moltres may not have the cataclysmic abilities of other Legendary Pokemon, but it can heal itself by diving into an active volcano, an impressive ability when compared to other first-generation Pokemon. The embers that it produces can also cause Spring to come early to any region it visits, making it the only Legendary Bird that can change seasons and not just the weather. 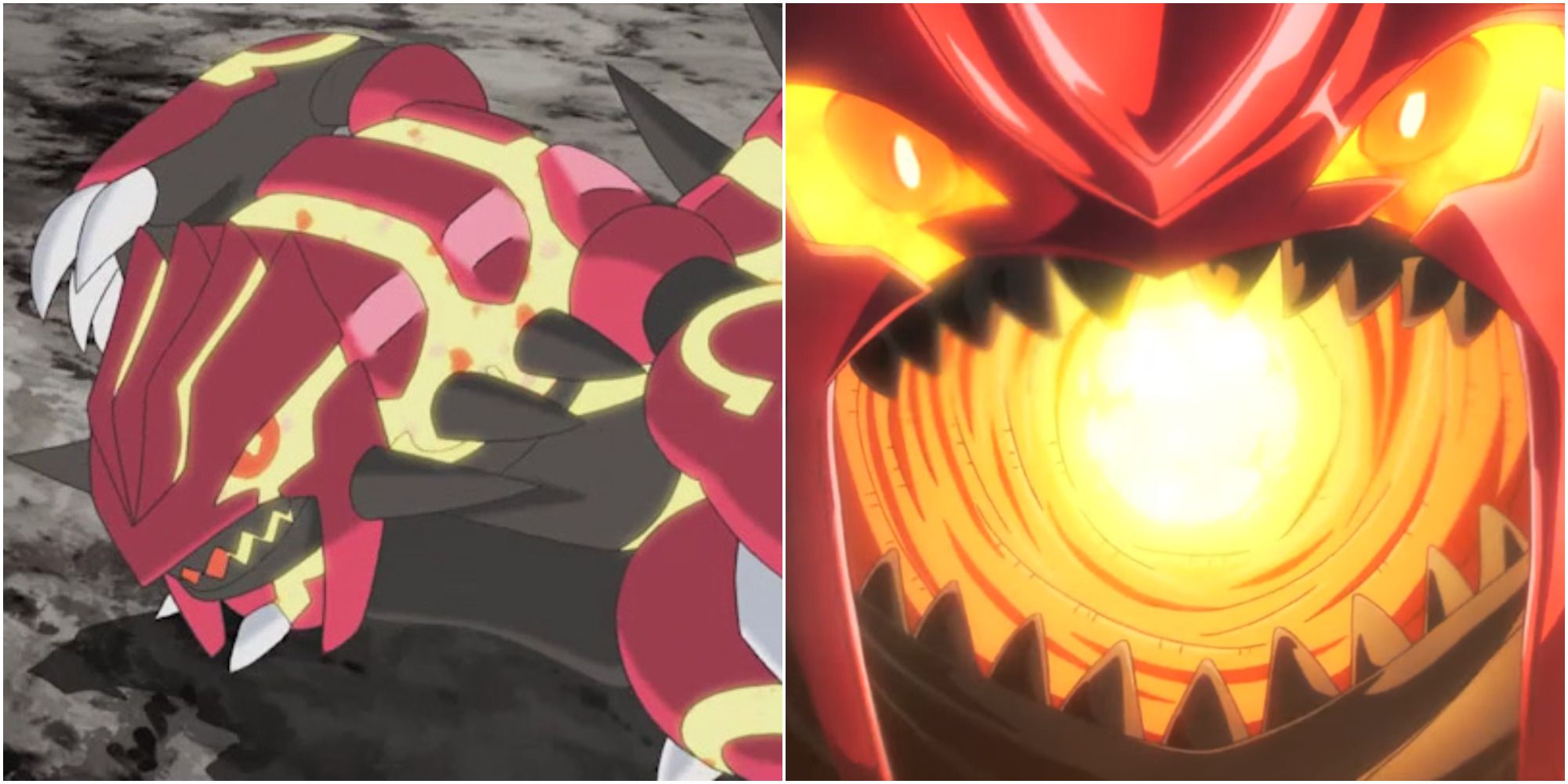 Although it was just a Ground-Type when first introduced, Groudon seemed like it could easily lean into the Fire-Type since it can cause droughts and volcanic eruptions, and is also able to naturally learn several Fire-Type attacks. With the introduction of Primal Reversion, Groudon finally gained Fire as its second type when in its Primal form. 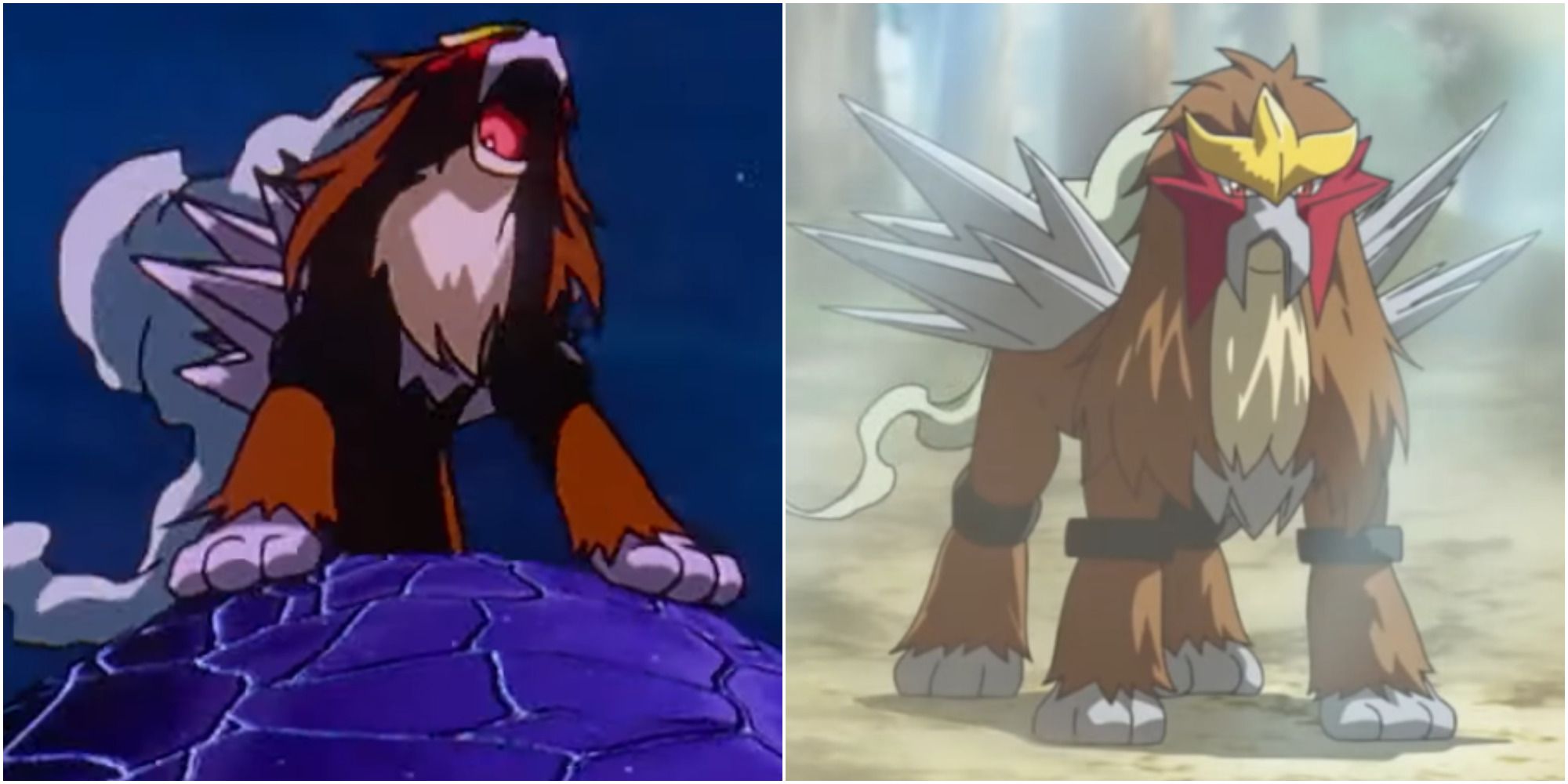 While Entei was originally said to be revived by Ho-Oh alongside the other two Legendary Beasts, it is also said that an Entei is born any time a new volcano appears and can produce fire hotter than magma that can incinerate anything it comes into contact with.

Entei may not have a starring role in Pokemon Crystal Version like Suicune, but it did star in its own movie, with significant roles in two other movies as well. In the games, Entei also has the highest amount of HP for any Fire-Type. A movie star, a terrifying legendary, and one of the best Fire-Type Pokemon? It's surprising Entei doesn't have its own game. 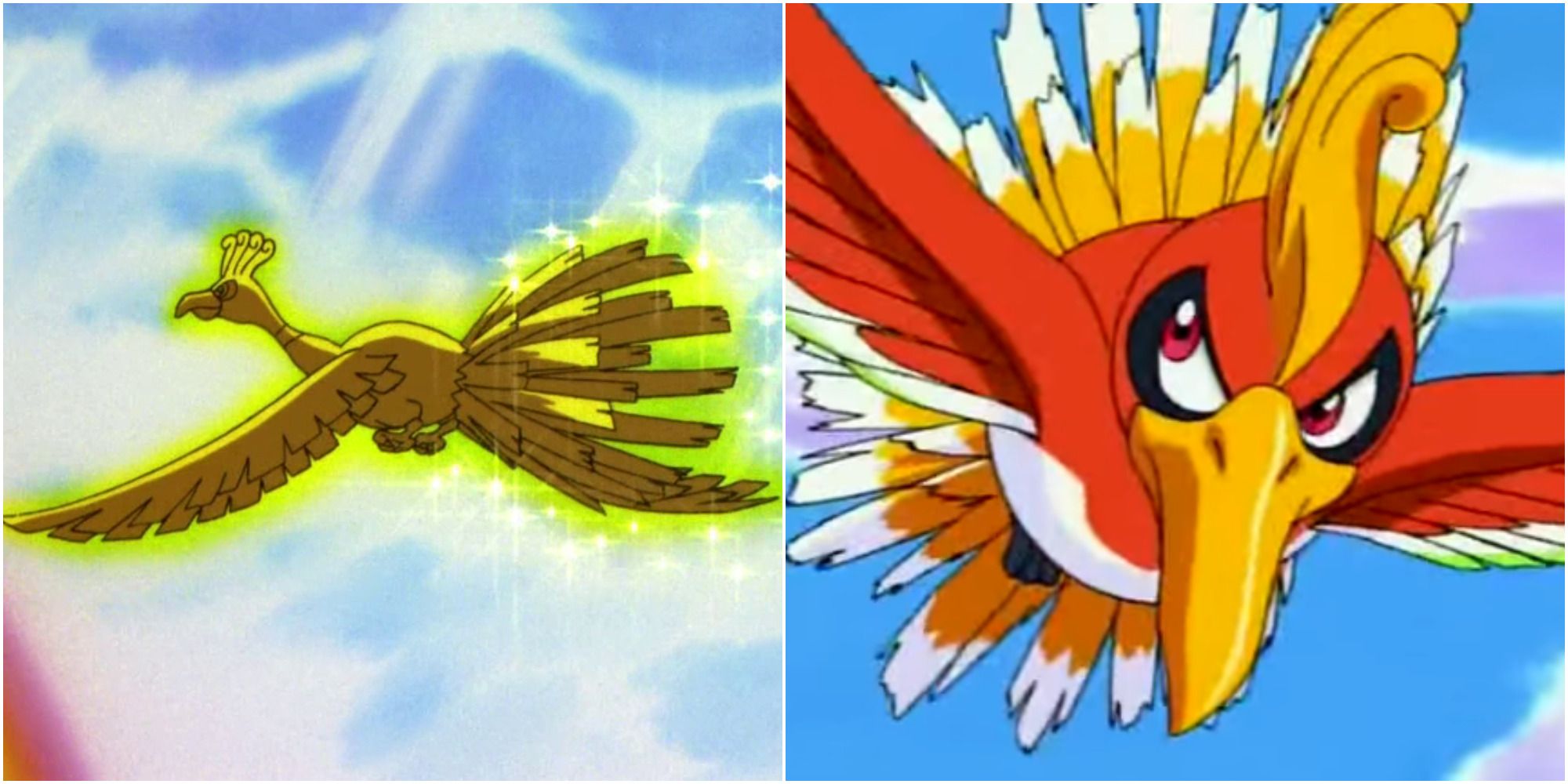 Similar to Moltres in inspiration and typing, besides those that appear in the opening, Ho-Oh was the first Legendary Pokemon that appeared in the Pokemon anime, receiving a much more significant role in the reboot movie Pokemon: I Choose You! two decades later. Ho-Oh is said to be able to not only generate rainbows and grant eternal happiness but is also the only Pokemon with the ability to revive others.

It may not be a grand creator like Arceus, but despite that Ho-Oh is perhaps one of the most powerful legendary Pokemon lore-wise, as well as one of the most significant in the entire franchise.