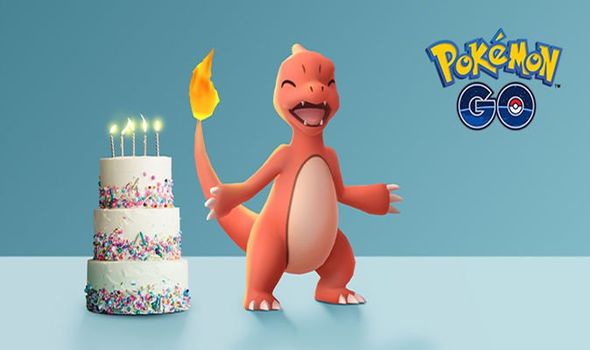 Five years on, and Pokemon Go is still one of the most played and enjoyed AR Apps available on Android and iOS platforms.

First released back in 2016, no one could have known at the time that its fifth anniversary would still be a big event.

But with the Pokemon Go Anniversary start time and rewards locked in for this week, it won’t be long before everyone can start exploring again.

WHAT TIME DOES THE POKEMON ANNIVERSARY BEGIN?

According to Niantic, the Pokemon Go Anniversary 2021 event will start at 10am local time on Tuesday, July 6.

That means that wherever you are, you will be able to start enjoying the celebration rewards at 10am.

The event is scheduled to run until Thursday, July 15, and will end at the same time as it started.

And To commemorate Pokemon GO’s fifth anniversary, you’ll be able to participate in a celebration event featuring Flying Pikachu with a 5-shaped balloon, Darumaka, and more.

It’s going to be up to Trainers to decide which special Pokemon feature to go after first, as it seems likely that the Shiny Darumaka, Shiny Meltan and flying Pikachus will be disappearing later this month.

The new and unique Pokemon available during the event will be the stars, but gamers will also be interested in the other background changes.

A new Item Bag expansion is launching during the Anniversary celebrations, meaning you’ll be able to expand your inventory.

The upgrade will need to be bought from the item shop and will cost 200 PokeCoins per expansion rate.

“Complete the Collection Challenge for this event for a reward encounter with Flying Pikachu with a 5-shaped balloon, as well as Rare Candy and a massive amount of Poké Balls.

“Remember the in-game fireworks from Pokémon GO Fest last year? They’re returning this year to the map in celebration of our five years.”

Other bonuses and changes confirmed for this week’s event include Special, Ultra, and Adventure Boxes containing different items, starting on Monday, July 5, 2021, at 1:00 p.m. PDT (GMT −7).

It should also be noted that all Lure Modules will last one hour for the duration of the event, including Glacial, Magnetic, Mossy, and Rainy Lure Modules.