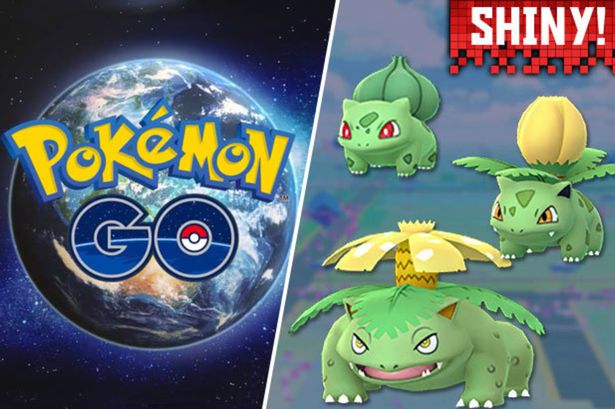 Pokemon GO's September update just went live and although it means that trainers can no longer catch Raikou, the update has brought with it a series of brand new Field Research Quests.

Complete enough of these and you'll earn a Research Breakthrough and a crack at catching the Legendary Pokemon Entei.

However, these Research Quests also offer players the chance to catch some very rare Pokemon, including a new variation for Pokemon GO's Spinda.

But whilst these new Pokemon are taking the spotlight, players are also searching for Shiny versions of some of Pokemon's most classic mascots – which can actually be quite hard to come by.

Keep reading for the most up to date information on how you can go about catching a Shiny Bulbasaur, with the end-goal of netting yourself a Shiny Venusaur.

But further down as you'll also find all of the new September Field Research Tasks at the bottom of the page.

To try and make things easy we've broken this down into the four main ways you might normally encounter a Shiny Charmander.

Egg Hatches: Bulbasaur is not currently hatching from any eggs at the moment. So, there's zero chance of a shiny. This could change in the future though so stay tuned.

Raid Battles: At the time of writing, Bulbasaur cannot be encountered in Raid battles. So that rules that option out. That said, this may change in the weeks ahead.

In the Wild: Whilst rare, you can encounter the Pokemon in the wild, but Silph Road research suggests there's about a 1/450 chance of encountering a Shiny.

You want to look out for any field research that rewards players with an encounter. But you specifically need to do one of the two following Field Research Tasks.

• Power up a Pokemon 5 times

To encounter either of these tasks, try spinning as many Pokestops as possible per day to up your odds – you should eventually find it.

It's also worth noting that the above two Field Research Tasks are also shared with Charmander and Squirtle, so you only have a 33 per cent chance of encountering Bulbasaur to begin with.

When you do find that Shiny you will need 125 candy to evolve the Bulbasaur into Ivysaur (25 candy) and then Venusaur (100 candy).