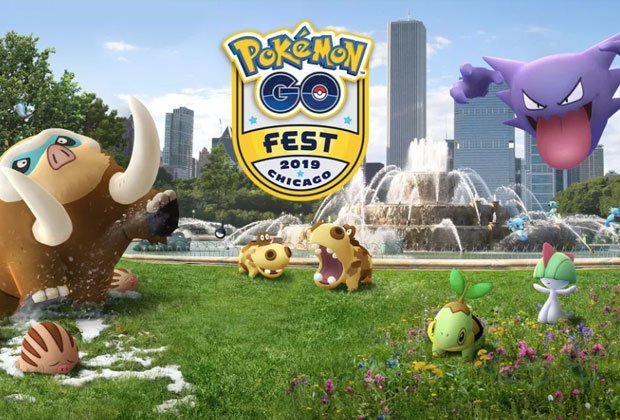 Usually, we got about a month’s notice ahead of the days that let players catch a rare Pokemon that spawns in abundance (and usually with special moves and shiny variants).

This year, though, Niantic has announced Community Days for four months all in one go. The next dates to mark on your calendars are:

Details of what Pokemon will be included have yet to be revealed.

Niantic has also announced the next Pokemon Go Fest dates, too, with the reveal of Pokemon Go Summer Tour 2019.

This year’s Pokémon Go Summer Tour will be making coming back to Chicago from June 13 to June 16 (for its third year!), and returning to Dortmund, Germany from July 4 to July 7.

Tickets for Pokémon Go Fest Chicago will go on sale via Pokémon Go app later this month (a first for the game!). European fans have their own dedicated website to visit – available at the link.

You can head to the Pokémon Go website to learn more.

“Last year’s Pokémon Go Summer Tour brought hundreds of thousands of Trainers together at real-world events around the world which left us with some truly unforgettable moments and stories,” said Hanke, in a statement.

“This summer, we’re looking to continue to build upon that success and create even more ways for Trainers to enjoy and interact with these incredible parks and cities and build lasting friendships throughout their journeys of encountering Pokémon in the ‘real-world.’”

Details for the global challenges during each Pokémon Go Fest are usually announced closer to the dates, but players all around the world tend to benefit from the game’s bonuses during these events.