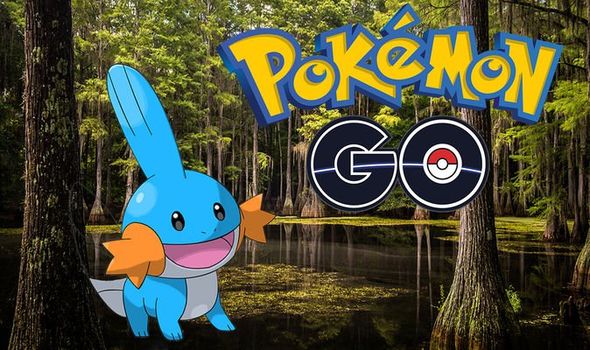 Pokemon Go fans had better block this date off in the diary, as Niantic reveals the time of the next Community Day event.

While the identity of the next Community Day Pocket Monster is yet to be revealed (expect an update on that very soon), Niantic has confirmed that the event will take place on July 21.

Running for three hours, the event has a 3pm start time (local time) and ends at 6pm.

As Dexerto points out, the pattern of Community Day Pokemon would suggest that Mudkip will be given the nod for July.

This is great news if you don’t already have a Marshtomp or Swampert in your collection.

Ralts has also been tipped to make an appearance, although these rumours have been swirling for over a year.

Whatever the outcome, fans can also Lures to last for the duration of the event, as well as some kind of hatch rate or XP bonus.

Needless to say, a brand new Shiny Pokemon will also be available to capture on the day.

And speaking of Shiny Pokemon, Niantic is giving fans the chance to capture a water-based favourite this weekend.

To celebrate the Pokemon Go Fest in Chicago this weekend, Niantic is increasing the spawn rate of Horsea.

And as the company points out on Twitter, you stand a much better chance of capturing a Shiny Horsea this weekend.

The best place to capture a Shiny is at the Pokemon Go Fest in Chicago this weekend.

The Pokemon Go event runs from June 13 until end of play on Sunday, June 16.

“Explore Pokémon habitats within Chicago’s iconic Grant Park with thousands of Trainers from around the world,” Niantic explains.

“Work together not only with the thousands of Trainers in the park, but also millions of Trainers around the world. Complete challenges along the way to unlock amazing global in-game rewards.”