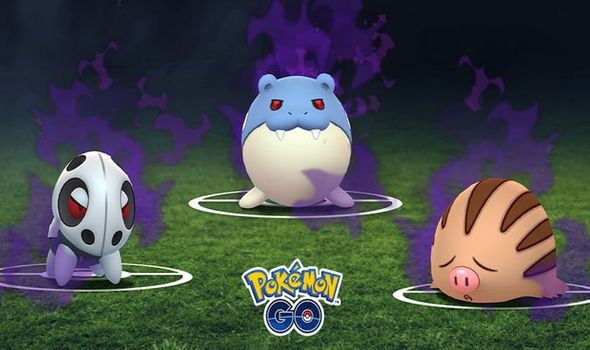 The latest Pokemon Go Team Rocket event is now available on Android and iOS and it will be running for less than a week.

Niantic revealed its plans for the return of Cliff, Sierra and Arlo in January, confirming that there would be plenty to do.

A new lineup of Shadow Pokemon can be found during the Team Rocket event, which is set to end on Sunday, February 7.

During that time, Team Rocket Grunts will be turning the following Pokemon into Shadow Variants: Swinub, Nosepass, Aron, Spheal, Lileep, and Anorith.

Gamers who are willing to take on the Team Rocket Leaders can earn themselves a Team GO Rocket Leader Gift sticker.

Cliff and his Aerodactyl seemed to be offering the fiercest challenge for gamers right now, with Tyranitar a possible final defender.

A message from Niantic explaining the event also teased that something more could be coming our way, telling gamers this week: “Team GO Rocket is celebrating—but why? It’s up to you to find out! Here’s what you can expect during the Team GO Rocket Celebration event.

“Be on the lookout for Pokémon like Golbat, Koffing, Ariados, Qwilfish, Sneasel, Houndour, Nuzleaf, Stunky, Skorupi, and Venipede appearing more often in the wild.

“Qwilfish, Larvitar, Corphish, Absol, Skorupi, Sandile, Scraggy, Pawniard, Vullaby, and Deino will be hatching from Strange Eggs during and after the event.”

Niantic has also revealed a shake-up for the Raid lineup during the Team Rocket Celebrations, which now includes the following:

Another big draw for Trainers this week will be the added Field Research and Timed Research, both of which will be exclusive to the event.

Niantic adds: “The Team GO Rocket–themed Timed Research that begins during the Johto Celebration event will continue during this event and will reward an encounter with the Legendary Pokémon Ho-Oh that knows the exclusive attack Earthquake!

“And keep a lookout for more invaded PokéStops and Team GO Rocket balloons than usual.”

The final challenge will unlock an encounter with Umbreon, although it’s possible that more challenges will be added or announced during the event.