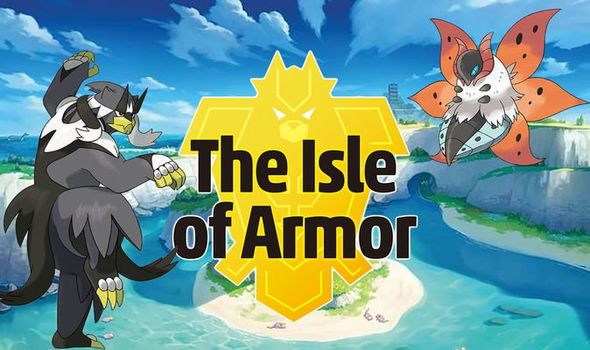 Pokemon Sword and Shield owners are counting down to the release of the Isle of Armor expansion.

The first of two Sword and Shield DLC expansions has a June 17 release date on Nintendo Switch.

Unfortunately, Nintendo is yet to announce an official launch time, although previous releases have tended to go live at midnight local time.

However, judging by a recent Nintendo announcement, fans may have to wait a little longer for the DLC to drop.

Nintendo has announced plans to hold a Pokemon Presents stream at 2pm BST for fans living in the UK.

“Sounds to us like you should tune in tomorrow at 6 a.m. PDT for Pokemon Presents! What do you think, Trainers?”

With Nintendo almost certain to discuss Isle of Armor during the presentation, fans are speculating that the DLC will drop immediately following the stream.

Express Online has contacted Nintendo for news on the Isle of Armor launch time.

If you pre-order the expansion through the Nintendo eShop, you should be able to access the content as soon as it drops.

There doesn’t appear to be any need to pre-load, but it’s likely to launch alongside a small update.

Either way, Nintendo Switch games and DLC don’t tend to take up much space, so it shouldn’t take long to download.

Fans who purchase the game through the eShop will receive a number of in-game items for Sword and Shield.

If you purchase the Expansion Pass before 31/08, you’ll receive Leon’s cap and tights, as well as a free Pikachu Uniform and Eevee Uniform.

If you’re yet to purchase the Expansion Pass and want to save some money, then ShopTo has a great deal available to fans.

The retail site is selling the Pokemon Sword and Shield Expansion Pass for just £19.99.

Considering the Isle of Armor DLC costs £26.99 over on the Nintendo website, this is an unmissable deal.

The Expansion Pass will be instantly delivered via email, so you can start playing as soon as it’s released.

The Isle of Armor DLC moves the action to the titular island, which is made up of beaches, bogs, forests, caves and dunes.

“Take up an apprenticeship under the former Galar Champion, Mustard, who’s also the mentor of Champion Leon!” Nintendo explains.

“You’ll also be able to Gigantamax the final Evolution of the partner Pokemon you chose to start your journey with. Look forward to discovering Rillaboom, Cinderace or Inteleon in their new form, and a new G-Max Move to boot!”