The Pokemon series is at any interesting junction these past few years. From Sun & Moon's Island Trials to Sword & Shield's Wild Area — to say nothing of the mountain's worth of innovations in Pokemon Legends: Arceus — it's clear Game Freak is slowly but surely transforming the games from their 1990s and 2000s roots.

Pokemon Scarlet & Violetcontinue the trend by picking up where Legends: Arceus left off, taking its idea of instanced fields to the next level with a fully open world. But no matter how far we've come, there's always going to be so many great nods to past Pokemon games, and Paldea's duo is no exception. Here are some of our favorites. 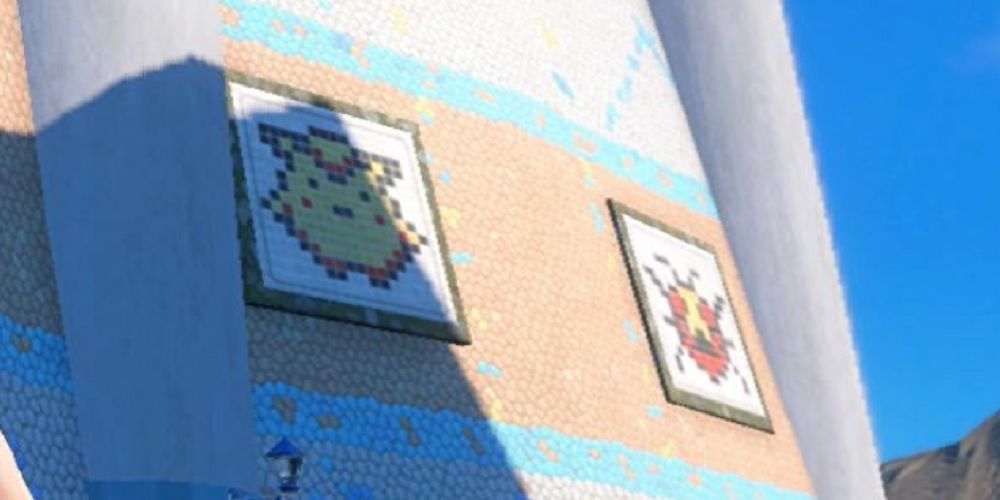 Paldea's settlements feature flavor in spades. From a hedge maze to a multi-tier treehouse cafe, even the earliest towns players will visit are memorable.

But let's hone in on Alfadora Town's painterly nods to Pokemon Red & Blue. Artazon Town may be known for its art, but the best artwork in the region is right here. (Sorry, Brassius.) Pixel paintings representative of the games' old-school depictions line the streets, hearkening back to the earliest days in the series. It's a street-long trip down memory lane. 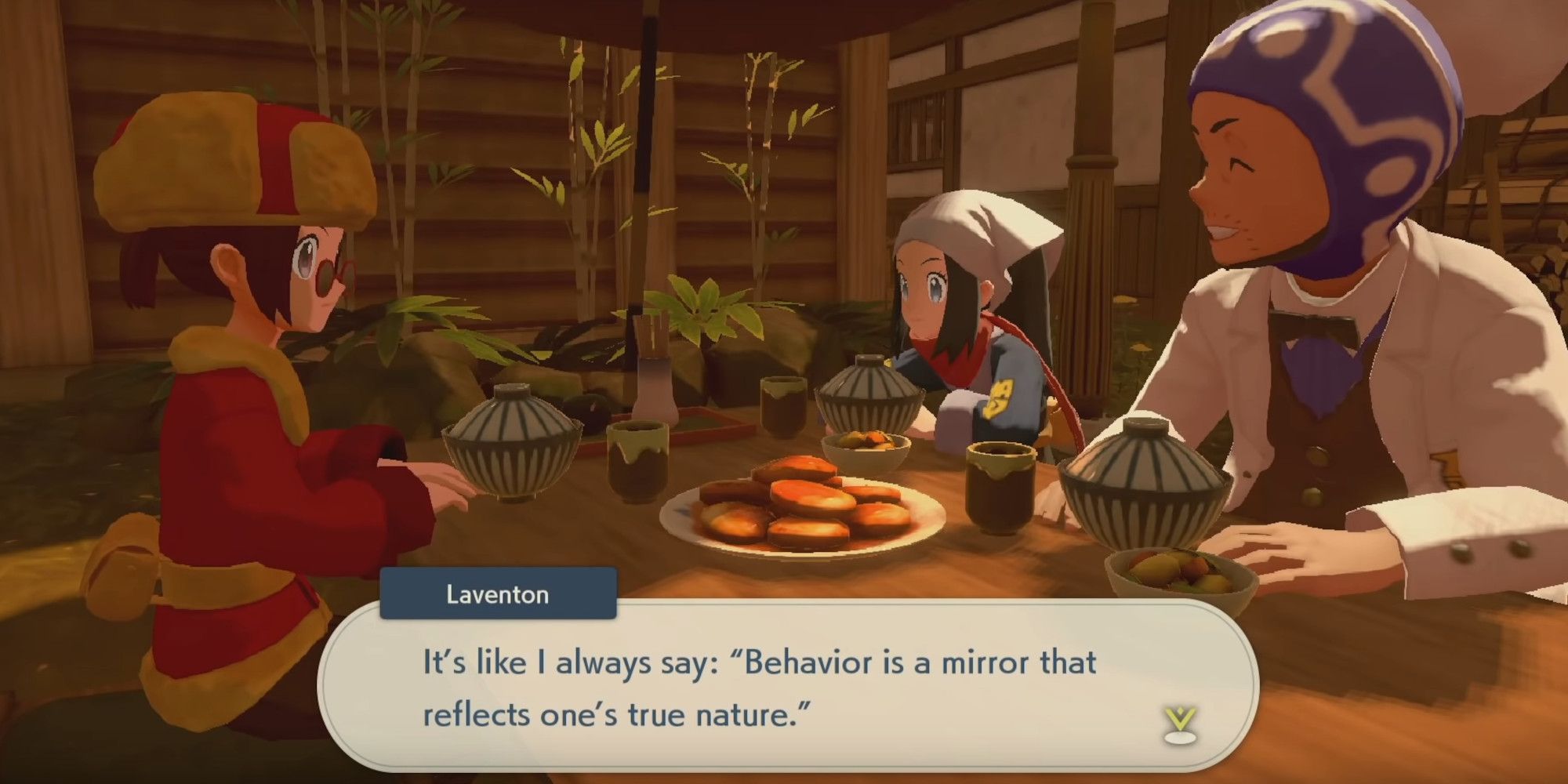 There are a handful of obvious nods to Pokemon Legends: Arceus in Pokemon Scarlet & Violet. It's hardly new for new titles to reference earlier iterations, but the stuff for Hisui is especially interesting because it makes that game, set in the series' distant past, feel like a more organic part of the world's history.

At the start of your adventure, Clavell will comment to Nemona that, in his day, there was no Pokedex; instead, trainers documented everything they saw with pencil and paper. Now, Clavell's maybe in his late fifties? Early sixties? He's hardly ancient enough to have been around for Hisui, but this is definitely a reminder of how we handle our research tasks in Legends: Arceus.

More impressive is the board in the history room at Naranja/Uva Academy, which depicts Professor Laventon and the Hisuian Poke Ball.

3/7 The Power Of Science Guy Is Staggering 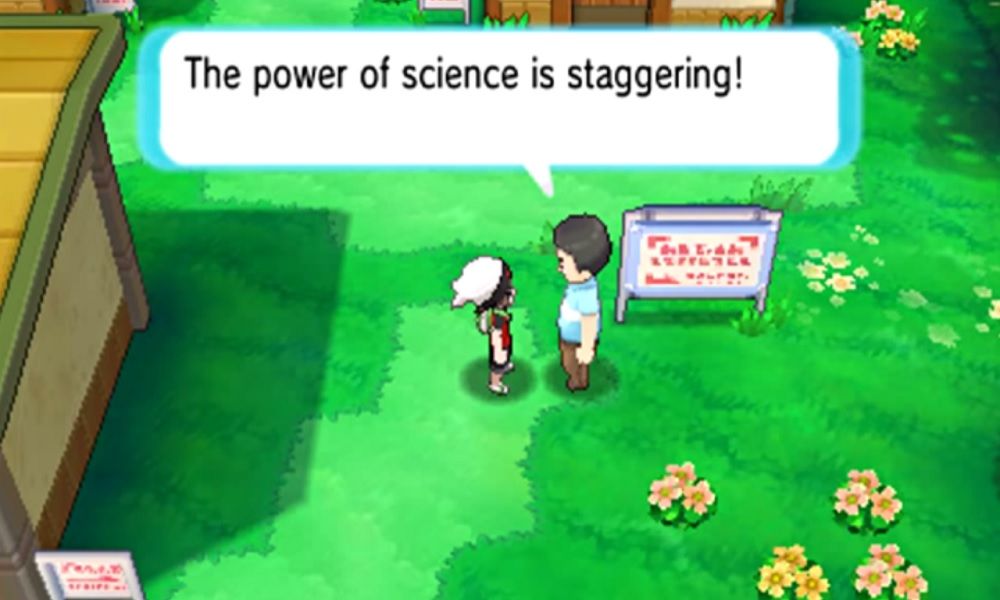 This one's pretty much the Pokemon game equivalent of the free center space in Bingo, because the fellow is in nearly every mainline game. Right at the start, close to your house, is a guy who admires the power of science and introduces a new mechanic tied with in-game technology.

From Kanto to Paldea, there has always been an iteration of this specific guy, leading fans to joke that he's part of a big family, akin to Nurse Joy and Officer Jenny in the Pokemon anime, and they've all split up to perform their duties in every region. How much can this possibly pay?

4/7 Your Pokemon Look Tired, And Your Mom Looks Galarian 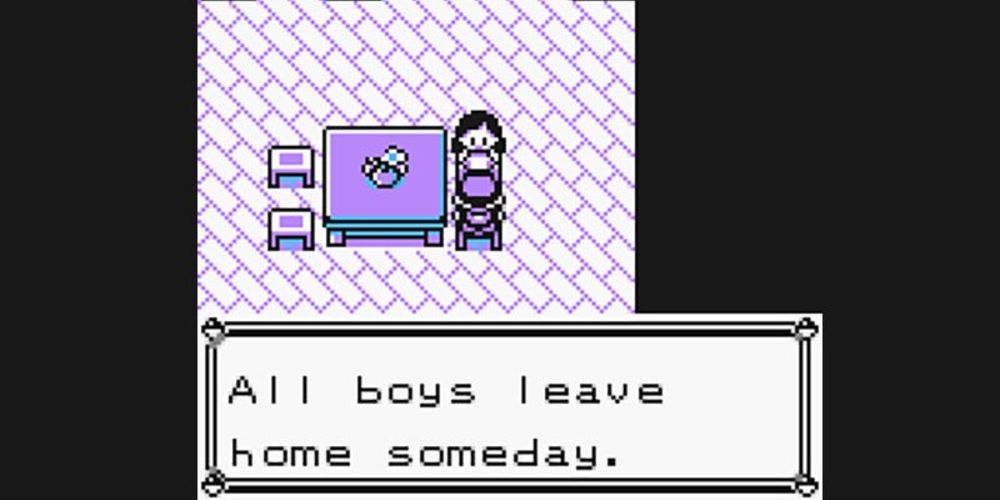 Mom's always been integral to the initial events of each Pokemon game. The player character's mother is loving; whatever personality traits she possesses beyond there, that bit's unquestionable.

More often than not, your mom's content to stay home the whole time you're on your journey, and any effort to interact with her outside a handful of scripted events will cause her to insist you nap, thus serving as a one-woman Pokemon Center of sorts.

That doesn't answer the second part of this oddly-titled section header. In the Hoenn and Alola games, the protagonist and their mother have only just moved into a new region. In Alola, the parent and their kid are from the Kanto region; in Hoenn, it's never stated within the games themselves, but in Pokemon Black 2 and White 2, mom's husband Norman specifies they're from Johto.

OK, but where's the evidence that you're transplants in Paldea? It's subtle, but it's there. Between her invitation for Clavell to join her for a "cuppa", and the Galar-exclusive Pokemon, Skwovet, as the household pet, it's quite possible you and mum are from Galar. 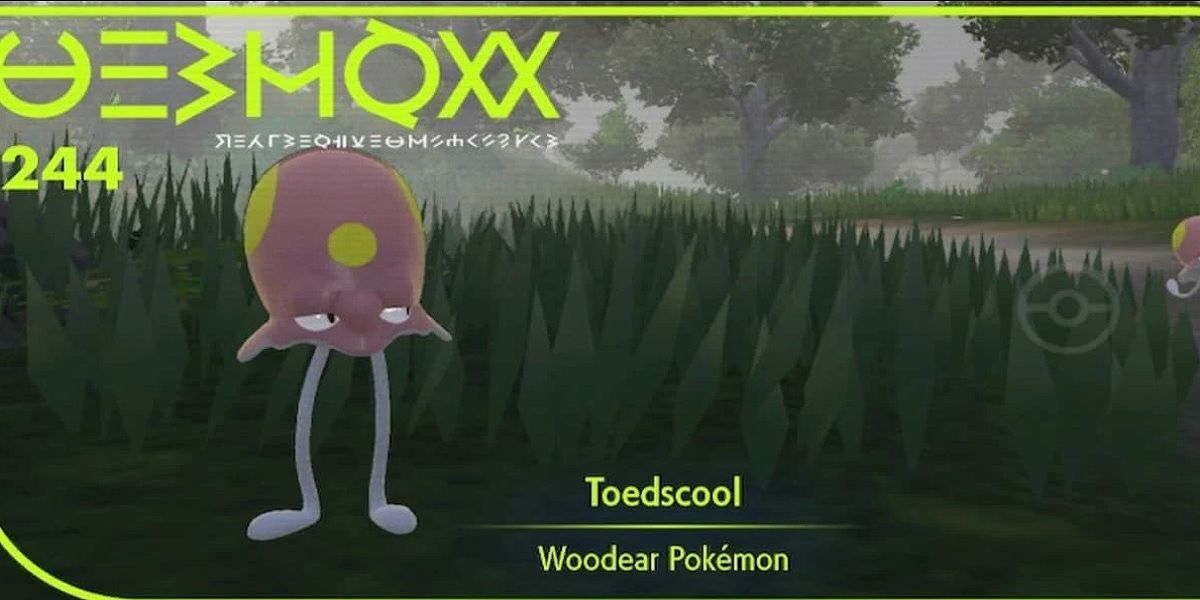 Pokemon Scarlet & Violet have made a big splash with their Paradox Pokemon, fresh iterations of previous-generation species. In Scarlet, they're all themed as being from the distant past; in Violet, it's the distant future. This, plus Paldean Wooper and Paldean Tauros, gives us a heaping helping of familiar faces with a totally new vibe.

But the weirdest of them all must surely be the so-called 'convergent species', regional forms taken to the extreme, to the point that they're classified as entirely new species… with some fairly obvious nomenclature. There's Wiglett and Wugtrio, and Toedscool and Toedscrool. 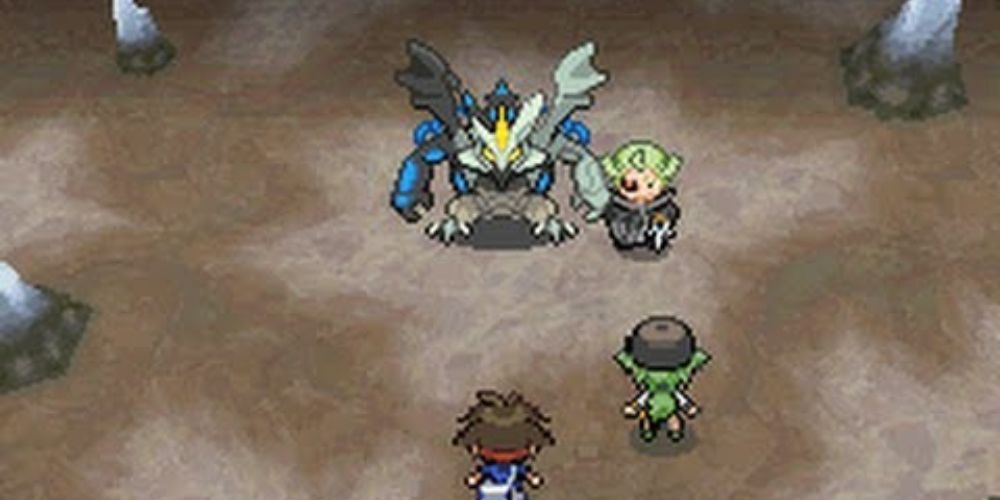 It seems Game Freak has been on a journey of their own for the past several generations. Veterans of the Pokemon series will surely notice that the games' organizations with 'Team' in their titles have been decreasingly villainous since Sun & Moon. Let's briefly mull over the groups prior to Alola.

Now let's jump forward. In Alola, Team Skull is a group of lovable punks who, yes, kidnap people's Pokemon; but they have no end goal whatsoever, a fact that's brought to the foray to their chagrin. Team Yell from Galar is just a bunch of hardcore Marnie fans who will cause a ruckus to make their hometown a little nicer.

In Pokemon Scarlet & Violet, Team Star is, no frills, just a bunch of academy delinquents. Mind you, they're an enjoyable lot, with some nice character beats to boot, but how much further can we get from Giovanni, Cyrus, Ghetsis, and the gang? Will the next games sport Team Happy People Who Provide Free Hugs When Needed? 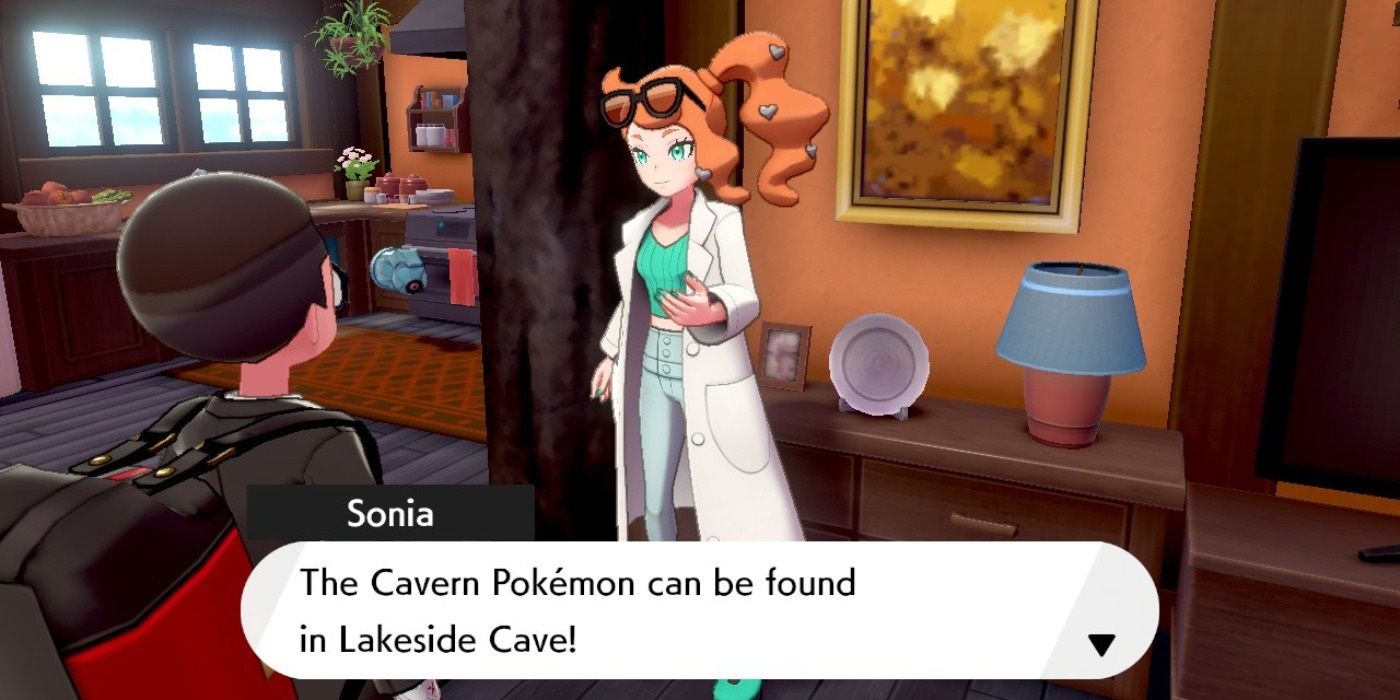 Last but not least, did you know Sonia's book got published? It sure did! In Pokemon Sword & Shield, Sonia eventually decides to document the discovery of the Galarian legendary Pokemon, including details from her own little character arc throughout the games.

As it happens, the book has found some success. You can find Sonia's book, 'Galar: A History', in the academy's library. The excerpt available for your reading pleasure concerns Bede messing with the mural at Stow-on-Side and the secret statues behind it.