The Crown Tundra may have provided many returning favorites to Pokemon Sword & Shield, but many of the greatest additions include brand new Pokemon. Not only does this DLC provide a new set of Regis, but there are even Galarian versions of the Legendary Birds and a new Slowking to match the Isle of Armor’s Galarian Slowbro and Slowpoke.

Alongside each of these new Pokemon comes a new signature move, many of which are currently dominating in the game’s online ranked battles in the Battle Stadium. It’s important to be aware of just what these moves can do because some are completely unlike any attack in Pokemon history. 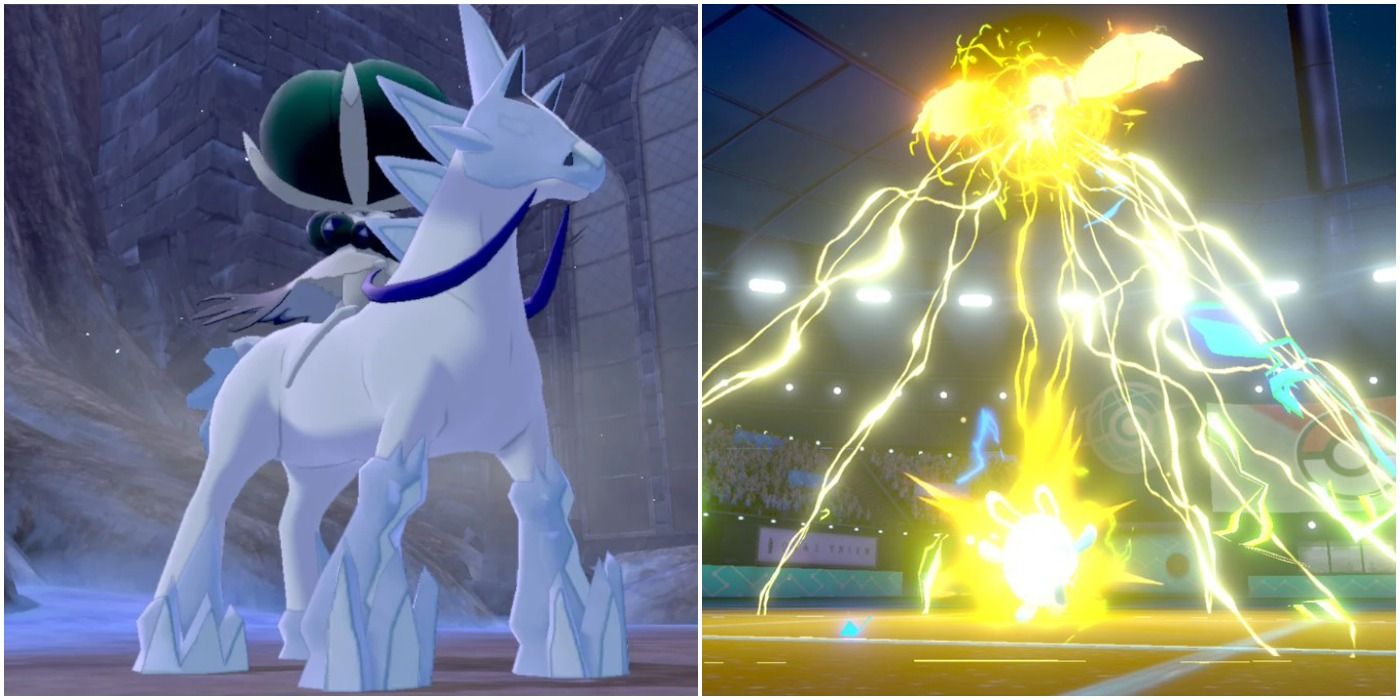 The first two moves introduced with this new content are less likely to be seen in online play, as they’re attached to the unique forms of the mythical Calyrex. That’s because this Pokemon is currently banned in standard battles, mostly due to the obscene stats it receives when riding its steed Spectrier or Glastrier. With each mode comes a brand new attack as well, with obscene power that dwarfs nearly any other move in the game.

Riding Spectrier will provide Calyrex with a special move called Astral Barrage that deals immense Ghost-type damage to all opposing foes. On the other hand, riding Glastrier will provide an Ice-type equivalent that deals physical damage instead. Both are spectacularly powerful straightforward damage moves, but their wide attack range means they’re sure to carry you to victory in double battles like in the Galarian Star Tournament. 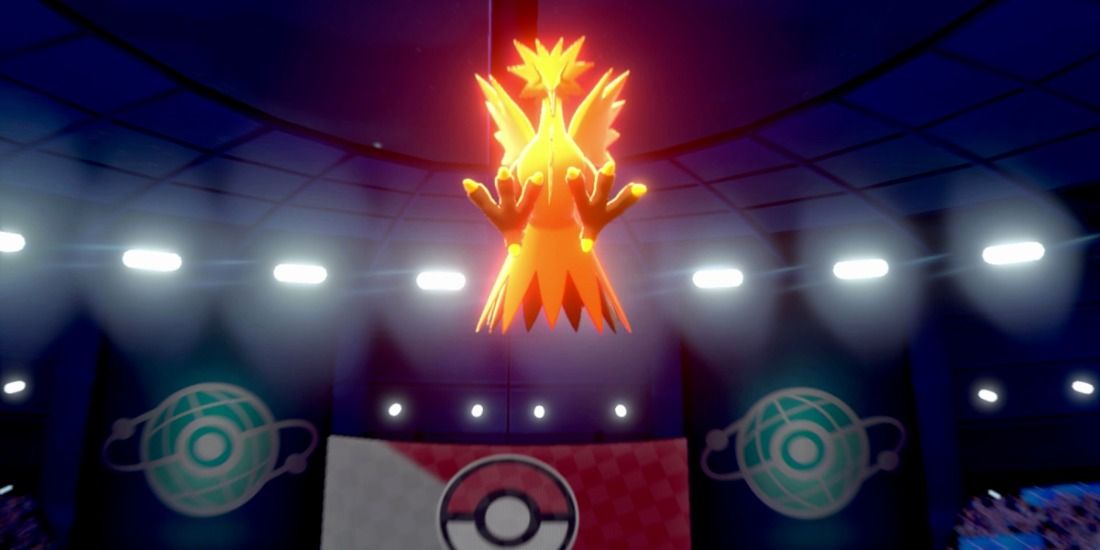 Thankfully, the remaining additions to Galar’s Pokedex don’t include any more restricted Pokemon, meaning the newly typed Legendary Birds are free to use their abilities freely. First is Galarian Zapdos, resembling a roadrunner more than its Electric-type form from Kanto and packing some pretty strong legs.

Its signature move, Thunderous Kick, uses these legs plenty well by dealing some moderate damage and lowering the opponent’s Defense stat on impact. Much like Power-Up Punch, this essentially means each hit will deal more damage to your opponent when used repeatedly, resulting in a great move to rely on against defensive foes. 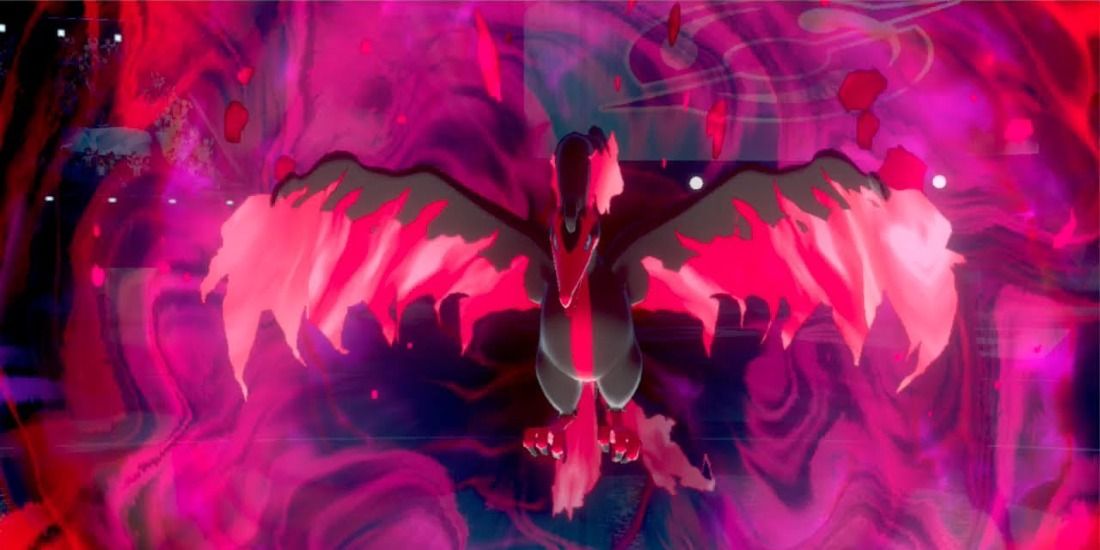 Next is the new Dark-type Moltres, whose signature move Fiery Wrath has far more utility. This special move deals Dark-type damage equal to the move Flamethrower, but it also hits all opponents and has a twenty percent chance to cause them to flinch.

This move is immensely powerful, even more so when using other moves of Moltres like Nasty Plot to boost its damage. Fiery Wrath is essentially a combination of Heat Wave and Bite, but it makes for an astonishingly stronger move than either of them. Compared to typical Dark-type special moves like Dark Pulse, Fiery Wrath just does so many more convenient things. 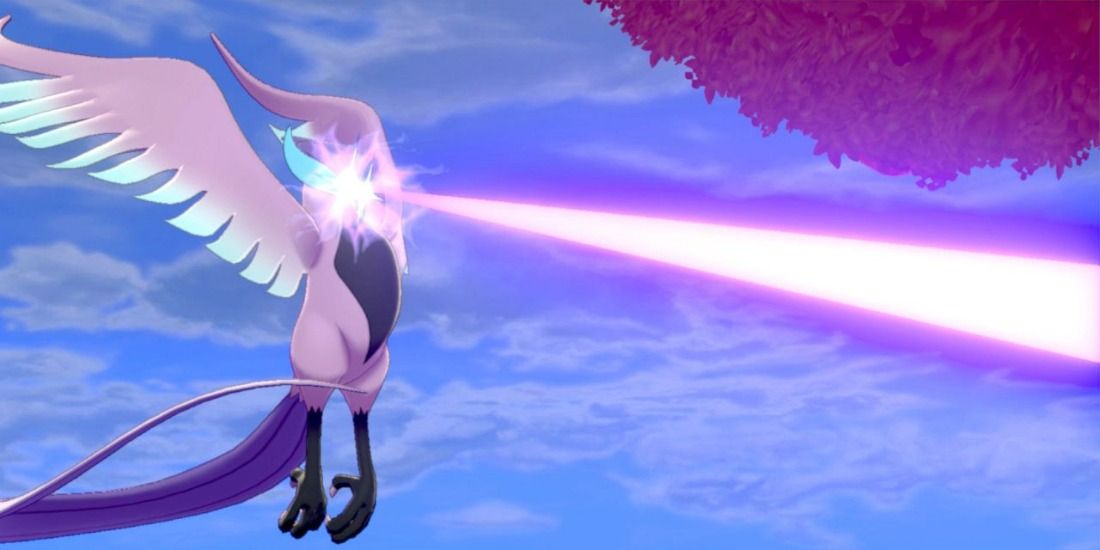 Galarian Articuno is significantly simpler in terms of its signature move, being more of an alternative than a straight-up upgrade to the other moves that Flying and Psychic-type Pokemon usually get. Freezing Glare deals the same amount of damage as Psychic, but has a ten percent chance of freezing the opponent after its hits.

The odds of this effect are disappointingly uncommon, but the possibility of freezing opponents with a move that isn’t Ice-type is still notable for its ability to fully neutralize an opponent. Since it’s not any worse than any other Psychic-type alternatives, you can’t entirely go wrong using this move. 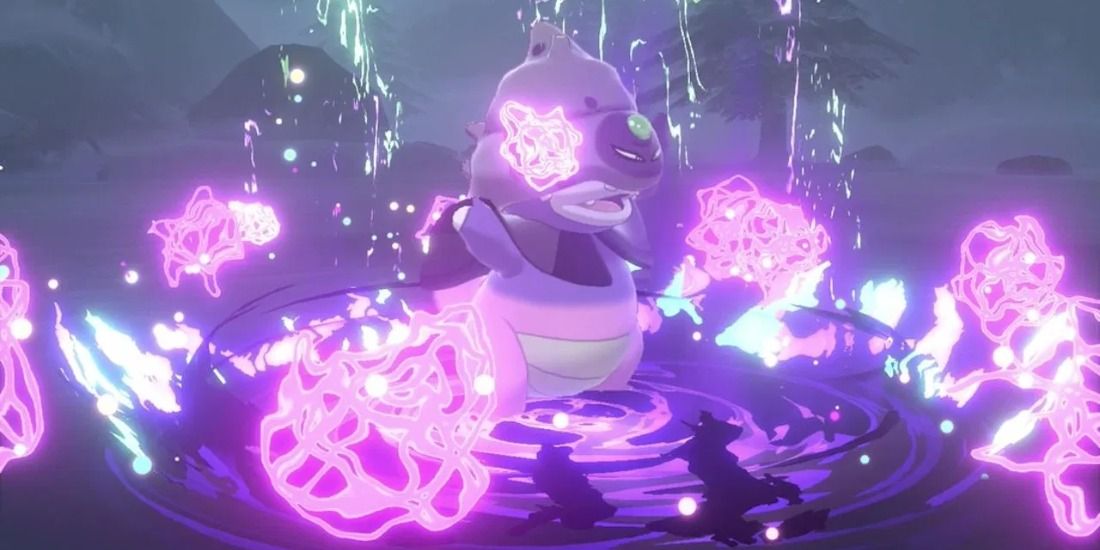 There’s a lot to be said for Galarian Slowking, but it’s not exactly as effective as its prior sibling Galarian Slowbro. Its ability to nullify stat reductions is far less helpful than Slowbro’s ability to attack first occasionally, but Slowking has some greater offensive stats alongside a much stronger offensive move.

This would be Eerie Spell, a Psychic-type attack that deals slightly less damage than Psychic while reducing the PP of an opponent’s move down by three points. Moves like Spite are rarely usable since reducing PP isn’t always worth doing without damage attached, meaning Eerie Spell can much more effectively stop opponents from using low-PP moves like Fire Blast and Hydro Pump. 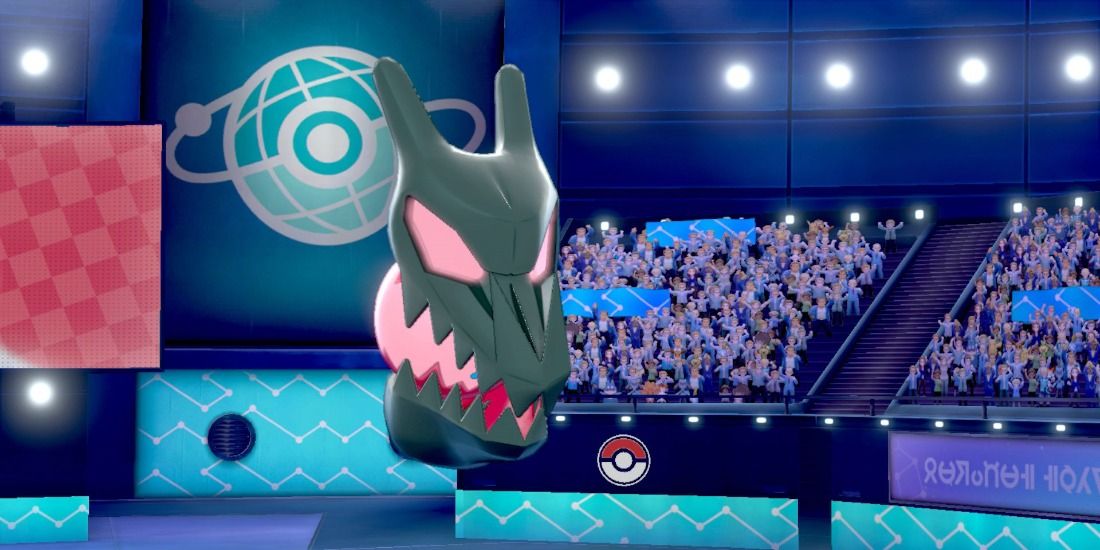 The last new moves of the DLC revolve around the new members of the Regi family, who may have won the lottery in terms of strong moves. Both of these Pokemon are quickly becoming competitive powerhouses, with Regidrago’s move falling just slightly short of Regieleki.

Regidrago’s Dragon Energy is essentially a Dragon-type version of the move Eruption, in that its power is determined by the user’s maximum HP. Many Pokemon could likely not use this effectively, but Regidrago has one of the highest health stats in the game alongside an impressive Special Attack and Speed stat, meaning it can annihilate foes with it almost immediately. 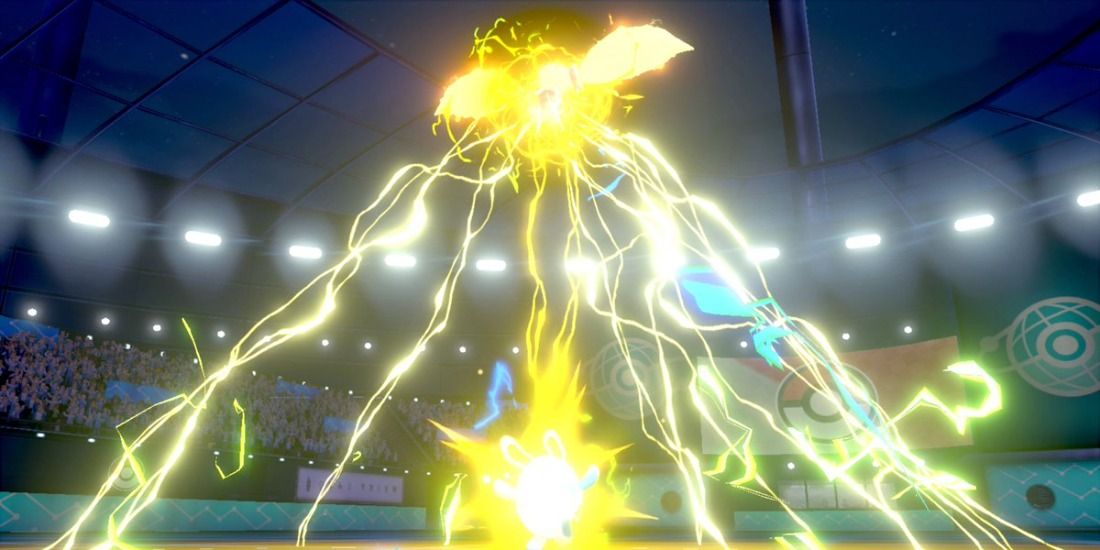 In terms of utility, however, Regieleki’s signature move Thunder Cage sits way higher than Dragon Energy ever could. This attack deals about the same damage as popular Electric-type moves like Discharge, but will also trap the target from switching out and deal an eighth of the opponent’s total health at the end of each turn.

This is an incredible boost, as it can keep opponents trapped in battle if Regieleki isn’t able to finish the job. Since Regieleki lacks a wide variety of move types and has some abysmal defensive stats, this move provides far more support than most speedy sweepers are normally capable of, which means it’ll be dealing some solid damage even after it dies.

NEXT: The 10 Best Pokémon Crown Tundra Adds To Sword & Shield 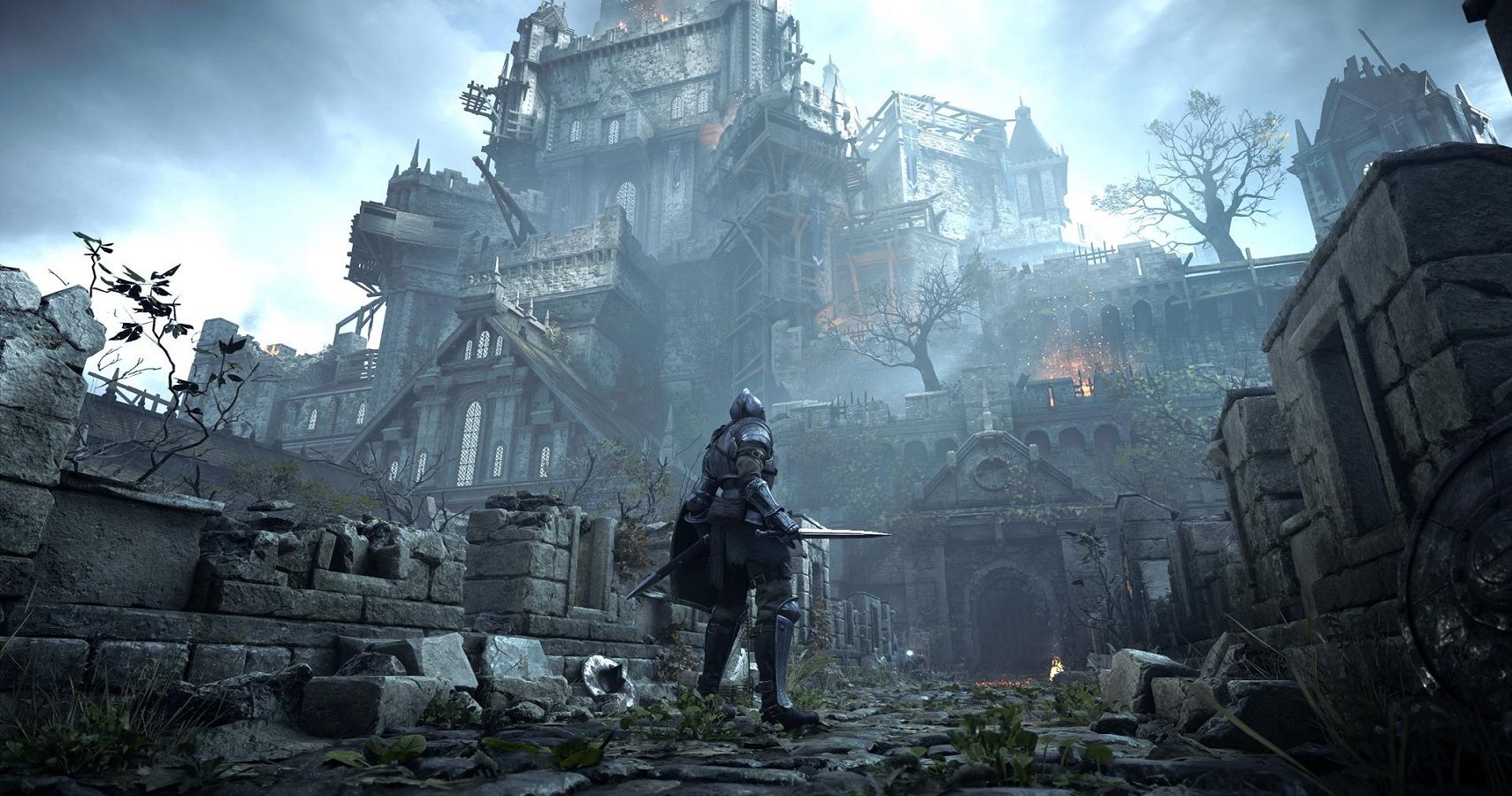