Breeding in the Pokémon series can often appear intimidating for new players to understand. It involves several confusing variables and mechanics that are hardly explained in the game itself, and many players may feel unsure how to use it, and what the benefits of breeding even are.

Thankfully, Pokémon Sword & Shield has done a lot to make the process and benefits better than ever, as there are now only a few points that players need to know to begin using the Nursery to get a shiny or competitive Pokémon. Here are the most important things to know if you want to get started on becoming an expert Pokémon breeder.

10 Each Pokémon Is In At Least One Egg Group 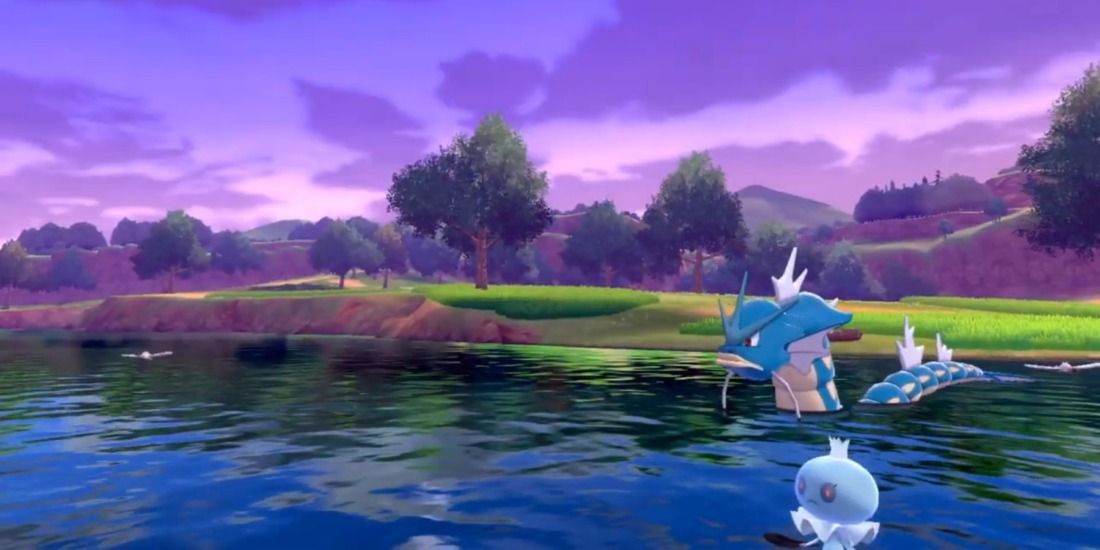 The one truly confusing part of breeding is the concept of Egg Groups, different families that each species of Pokémon fall under. These mostly have to do with their broader physical characteristics, such as how many Water-type fish are in their own Water Egg Group.

Many of these can lead to incredibly comical pairings, such as how Skitty and Wailord are both from the Field Egg Group. Knowing Egg Groups isn’t vital for most breeding purposes, but knowing these categories are important if you want any of the benefits that come with cross-species breeding.

9 The Female Parent Determines What Hatches From Eggs 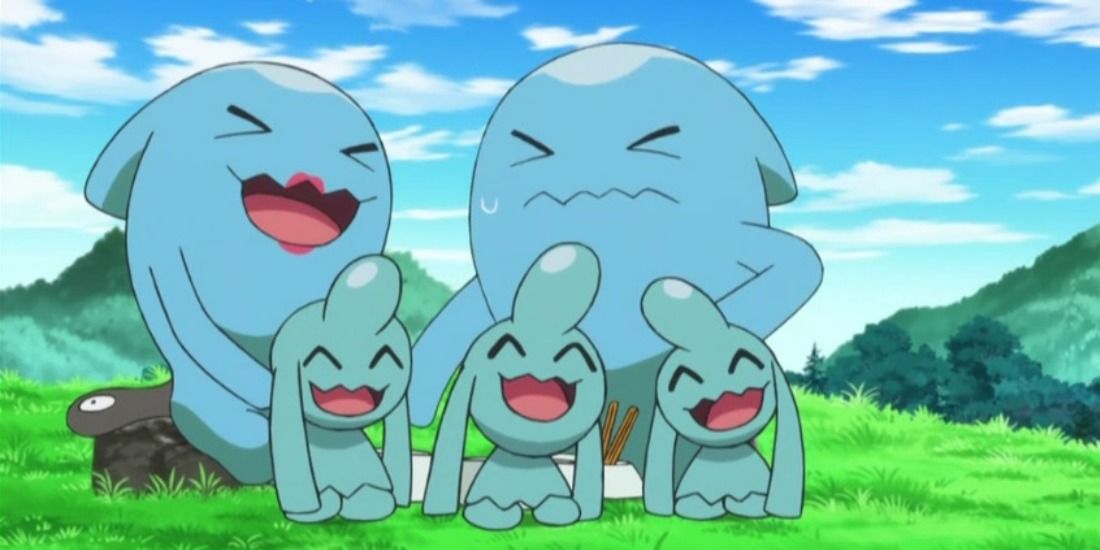 When breeding with different species, it’s important to know there are several consistencies surrounding what will hatch from each egg, with the female parent always dictating the species that’ll hatch. This is much of why some Pokémon like Eevee and starter Pokémon are more frequently male, as it makes breeding them more challenging. 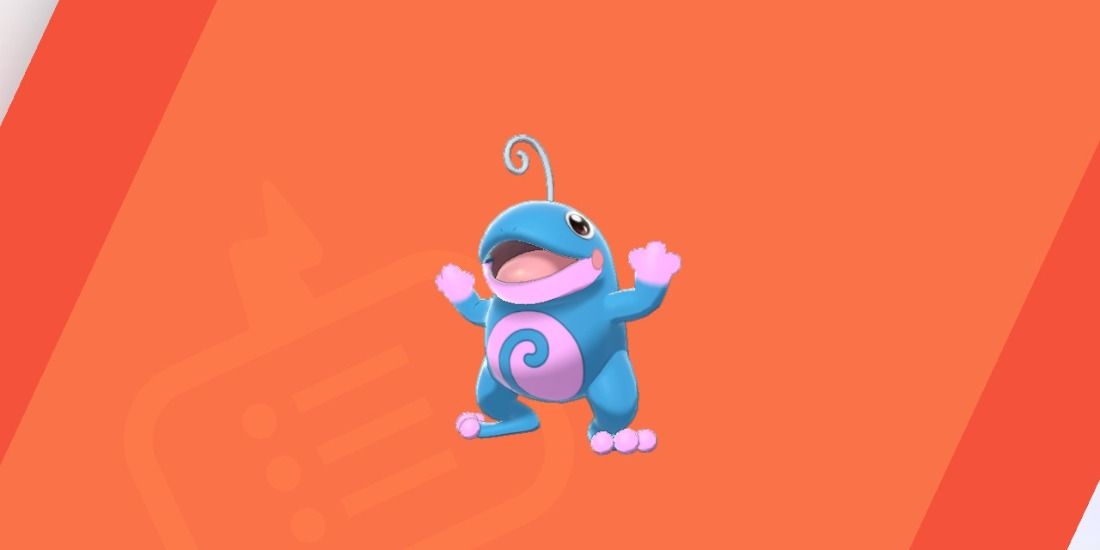 There are several spectacular benefits that make Pokémon breeding worthwhile, but one long-running issue with the Pokémon series is that it doesn’t truly tell you why the Nurseries are such valuable in the first place. Simply put, there are two main reasons trainers should breed, with the first being a greater chance to obtain unique shiny Pokémon.

Breeding is a great way to get many Pokémon fast, but breeding a Pokémon you own with one from a different region will substantially increase the odds of it being shiny. It’s still bound to be a long grind with slim chances, but breeding is the most efficient way to grind for a specific shiny in Pokémon Sword & Shield. 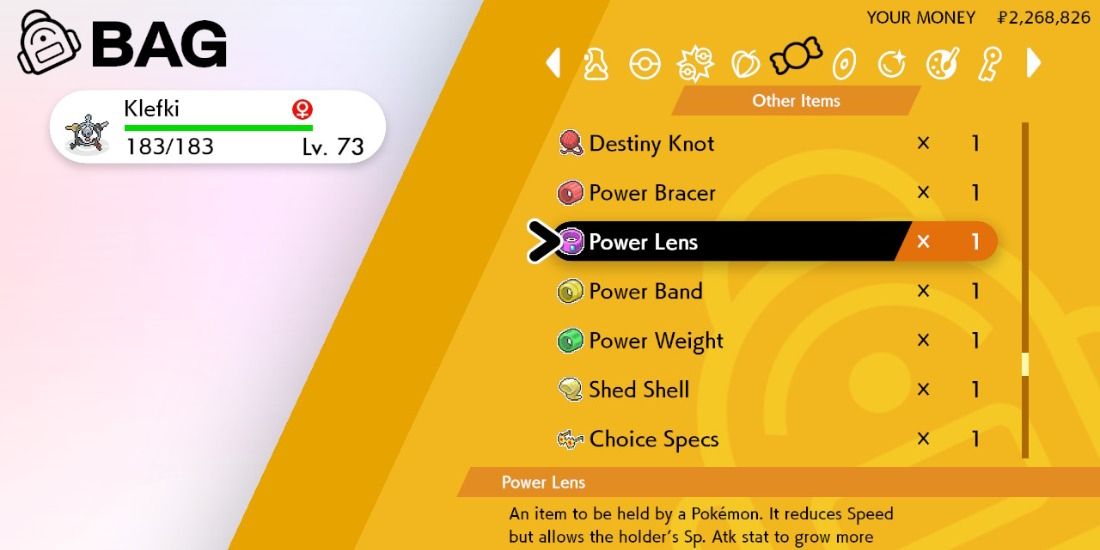 The other important purpose of breeding is for maximizing a Pokémon’s stats, as there are native stats called Independent Values (IVs) that can be passed down from strong parents. These are found entirely by luck, with Pokémon from Max Raid Battles more often having high stats and making great parents if you intend to breed powerful Pokémon.

To give specific IVs, though, you also need to equip parents with items. The Destiny Knot is a prime tool, as it will cause five random IV stats between both parents to pass to the child. If you wish to pass a specific IV, you can also equip a Power Item like a Power Lens or Power Anklet, which will always provide the child with the holder’s associated stat.

6 Parents Of Different Species Can Pass On Egg Moves 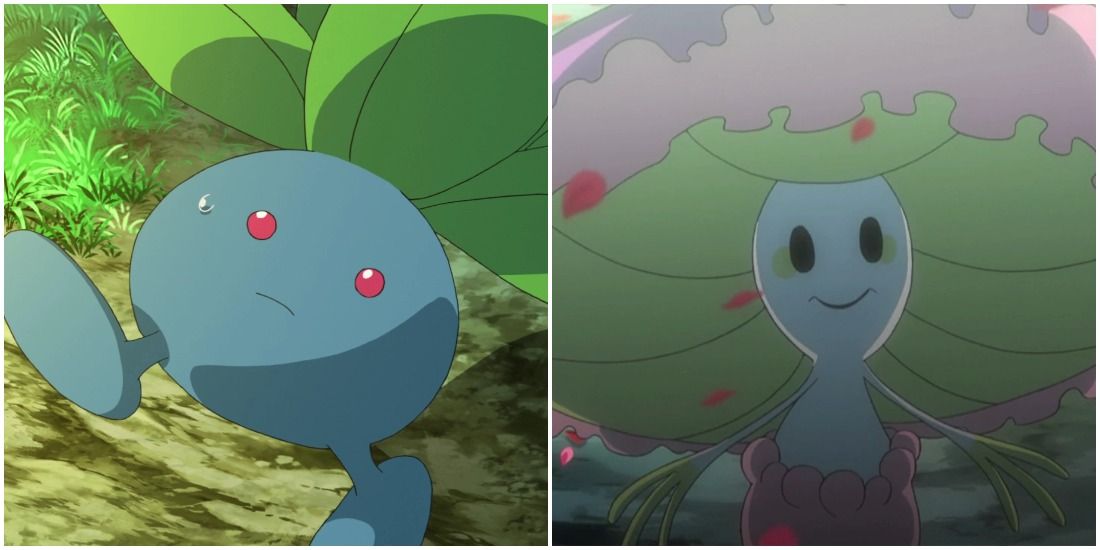 The key reason to breed between species is that there are many moves that certain Pokémon can only learn from other parents. Many of these can be extremely powerful and sometimes incredibly rare, and besides Brilliant Aura Pokémon in the Wild Area, there’s no other way to find Pokémon these moves.

For example, Oddish is capable of learning Strength Sap as an Egg Move, even though it’s primarily known by only Ghost-type Pokémon. Simply breed a female Oddish with a male Pokémon that knows Strength Sap and is in the same Egg Group, the only candidate being Shiinotic. Once the baby hatches, it will have the attack in its moveset. 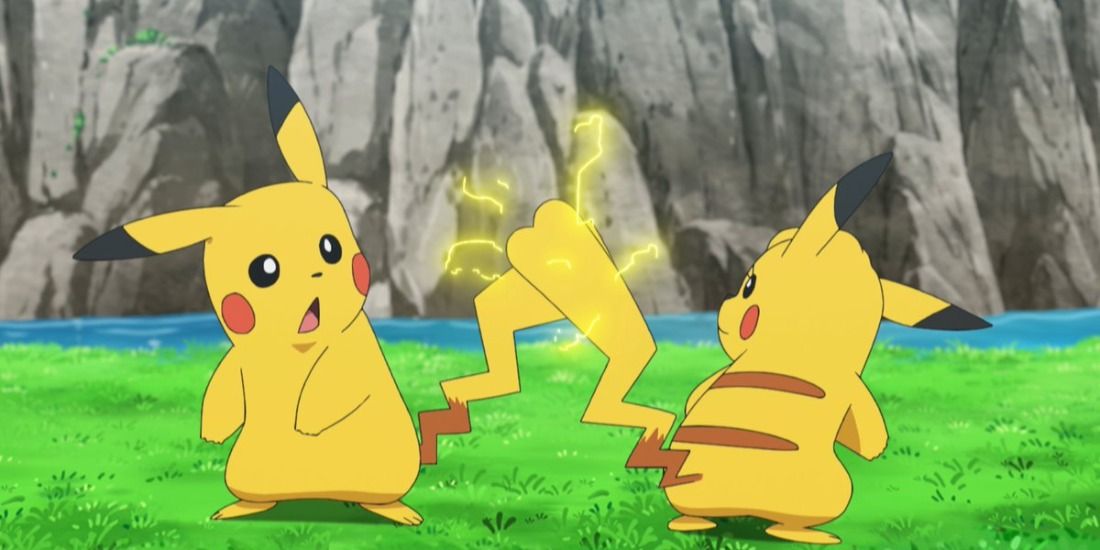 Pokémon Sword & Shield has one extra way to obtain Egg Moves that no other game has done before. Egg Moves can still be taught to newly hatched eggs the same as always, but now Nurseries can also pass Egg Moves between same-species Pokémon without needing to pass it on to a child.

Simply remove a move from the Pokémon you wish to learn the Egg Move and put it in the Nursery with a Pokémon of the same species who knows the move, and after some time it’ll learn it from them. This also works regardless of gender, so all you need is for the two Pokémon to be identical species.

4 Ditto Can Breed With Anything

If you aren’t concerned with Egg Moves, the most vital tool you can have while breeding is a Ditto, the transforming pile of goop that’s famous for its ability to breed with any species. It’s impossible to hatch new Dittos, but it will take the place of any parent needed for an egg to hatch in a Nursery.

This works regardless of species and regardless of gender, meaning Ditto will act as whatever is needed to provide an egg. Also, even if it replaces the mother, the hatched egg will arrive in the Pokéball of the natural parent, meaning Ditto essentially acts as a blank slate to breed with.

3 Even Genderless Pokémon Can Breed With Ditto 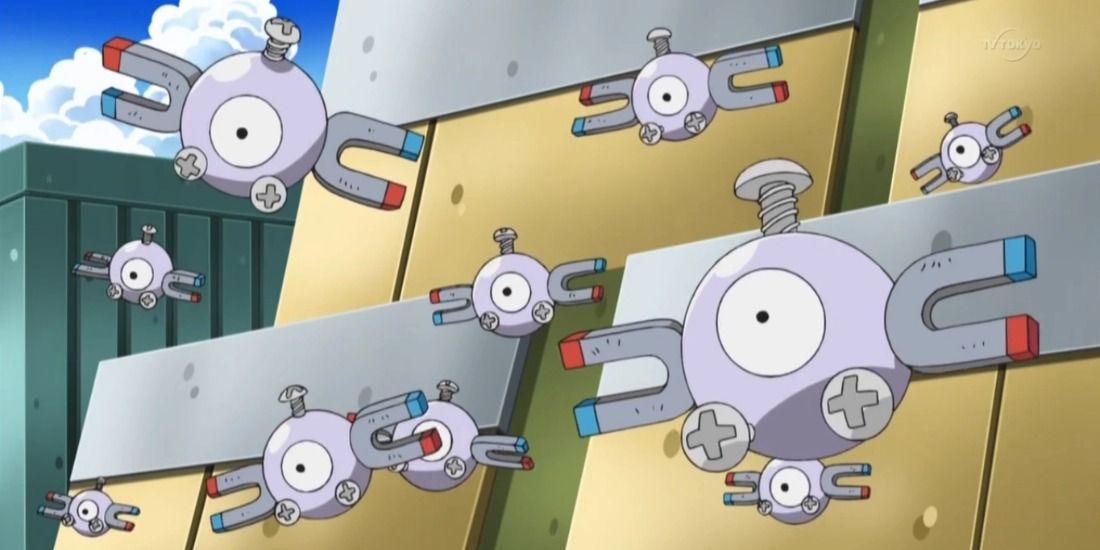 The other talent of Ditto is its ability to breed with several genderless Pokémon. Simply put a non-legendary genderless Pokémon like Magneton or Porygon into the Nursery with a Ditto, and an egg should come out in due time.

This is because even genderless Pokémon are still in Egg Groups, even though they can’t naturally reproduce. Ditto’s ability to defy science and gender make it a valuable resource, and will make breeding easier for both new and professional players. 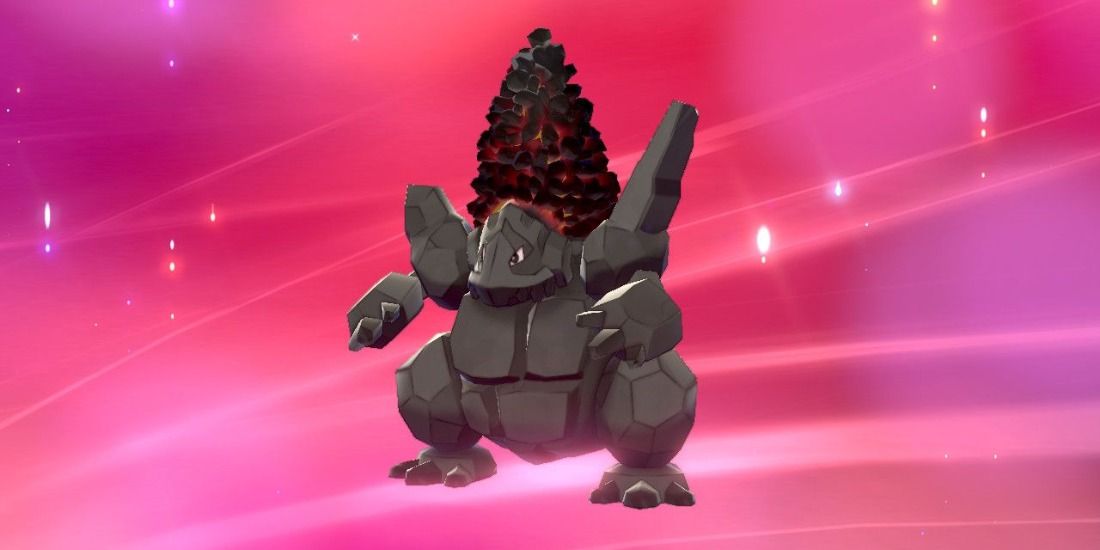 Once you have your parents in the Nursery, the next key to breeding is hatching your eggs. This is done through walking with them in your party, but they often require quite a bit of distance to hatch. You can move fastest on your Rotom Bike, but there’s also a way to decrease the number of steps necessary.

Simply put a Pokémon with the ability Flame Body, Steam Engine, or Magma Armor in your party with an egg to keep it warm, and it will hatch in half the time it would normally take. There are tons of Pokémon with each of these, but Coalossal is a great candidate as its only possible abilities are these three.

While hatching eggs is often the main time-consuming aspect of breeding, it’s also important to have eggs always spawning regularly. When you need to breed for a specific Pokémon, you always want to have a constant flow to replace the eggs you hatch, since a perfect or shiny Pokémon will often take a long time to obtain.

To make sure this is fast as possible, make sure to get a key item called the Oval Charm before starting any serious projects. This item will be given to you once you’ve beaten the game after you defeat a cop who’s named after Game Freak’s Morimoto in the Circhester Hotel. This will let eggs appear far more often, meaning you’ll always have a new one to replace your hatched eggs.