The Johto region was hit pretty hard by the Dexit cuts, with only a small handful of its Pokémon making it into Sword & Shield. Luckily, over the two rounds of DLC — Isle of Armor and Crown Tundra — some Generation II Pokémon have filtered back in to the series.

Interestingly, many of the Johto Pokémon reintroduced to the series were evolutionary relatives of Pokémon from other generations, like Slowking, Igglybuff, Kingdra, and Porygon2. But, there’s no problem with that — it’s just interesting that very few Pokémon that are wholly from Johto were added again. Isle of Armor brought back Heracross, Miltank, Dunsparce, the Marill family, and Skarmory. Every other re-added Johto Pokémon is related to something from Gen I. 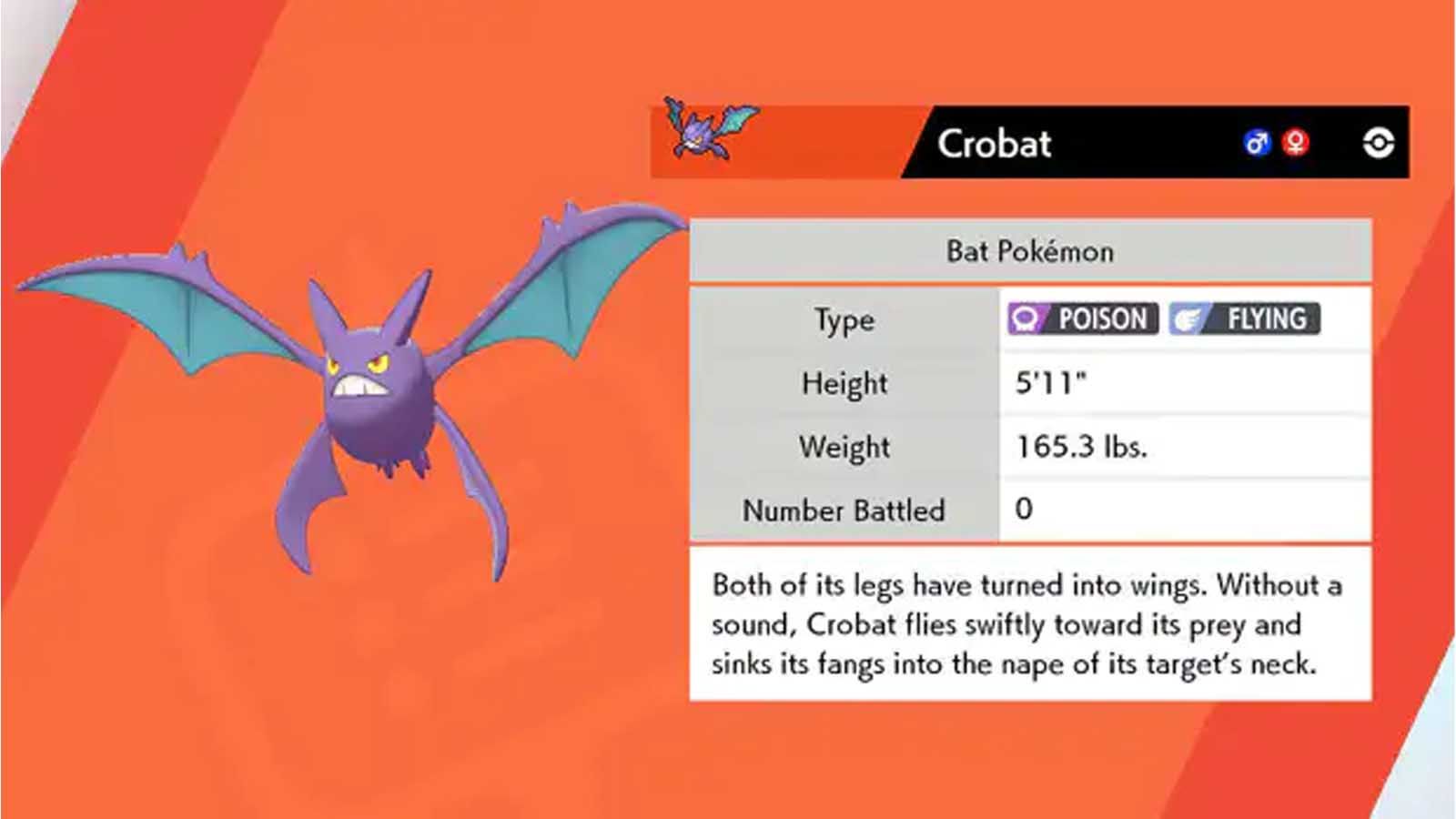 One of the Gen I evolutions that is available now that Crown Tundra has released is the Poison/Flying-type Crobat, which is a member of the Zubat evolutionary family. All three of these bats are now available in the area, with Zubat being the most prevalent (as always!).

Unfortunately, Crobat cannot be caught in the wild. You’ll need to grab one from a Max Raid battle or evolve Zubat or Golbat. You can find both Zubat and Golbat in the Tunnel to the Top or the Roaring-Sea Caves in any type of weather. Zubat can also be caught in the Lakeside Cave under any weather condition.

Zubat will evolve into Golbat at level 22, and Golbat will then evolve into Crobat when leveled up with high friendship. There is a multitude of ways to increase friendship, so it shouldn’t be too hard. 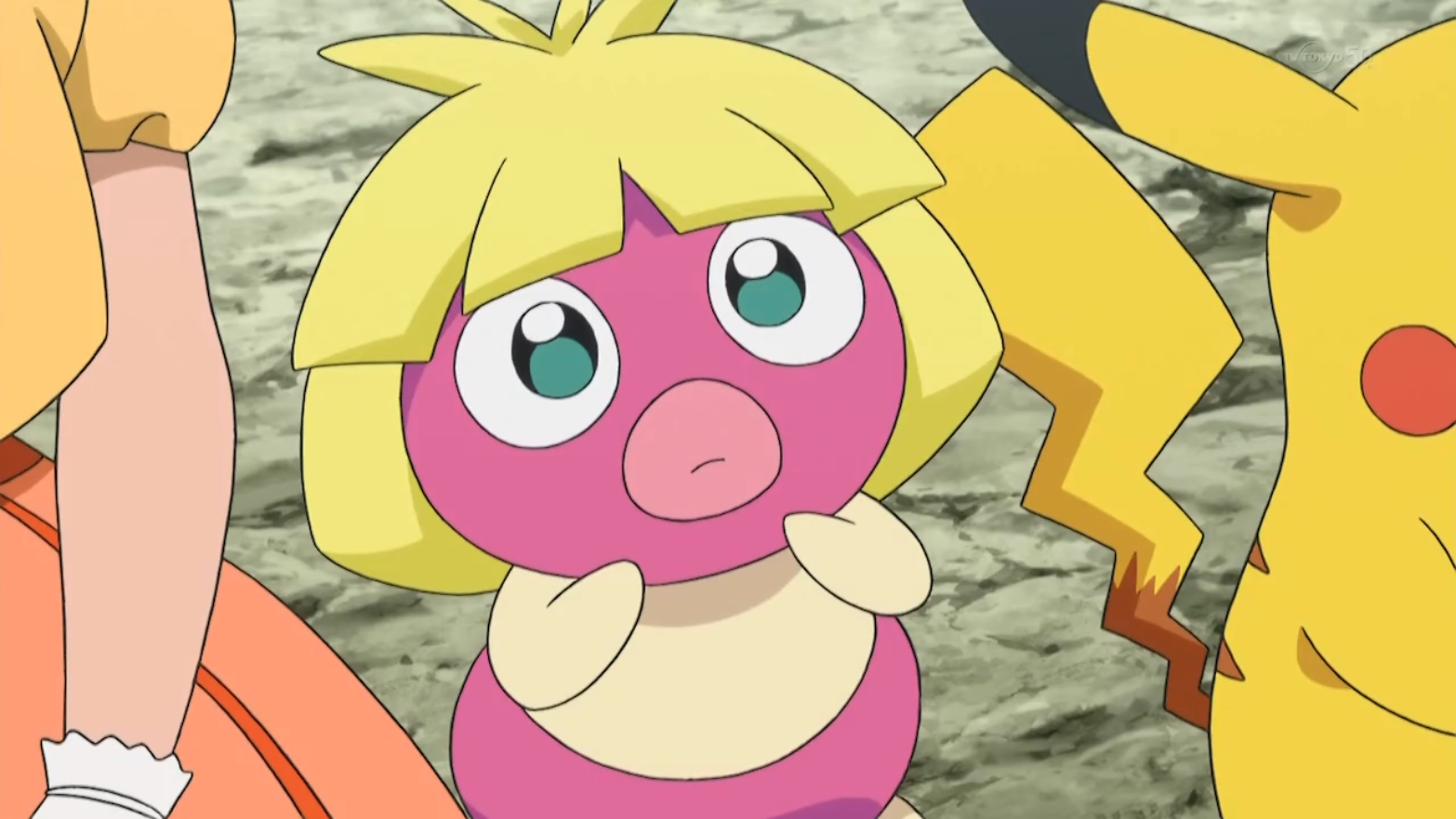 One of several Baby Pokémon reintroduced to the series via the Crown Tundra is Smoochum, the Ice/Psychic-type pre-evolution of Jynx. Typically, Baby Pokémon can be obtained by breeding their evolutions, and that remains true. Simply breed a Jynx in the daycare with an eligible Pokémon (Ditto is a classic and reliable choice) and then hatch the egg that they (hopefully) produce. However, Smoochum can also be caught in the wild.

If you’re looking to just breed a Jynx, she can be found on the overworld of both Slippery Slope and Frostpoint in any type of weather, or from Dynamax Adventures as one of the encounterable Pokémon that you can keep at the end of the run. Smoochum can also be evolved into Jynx at level 30. 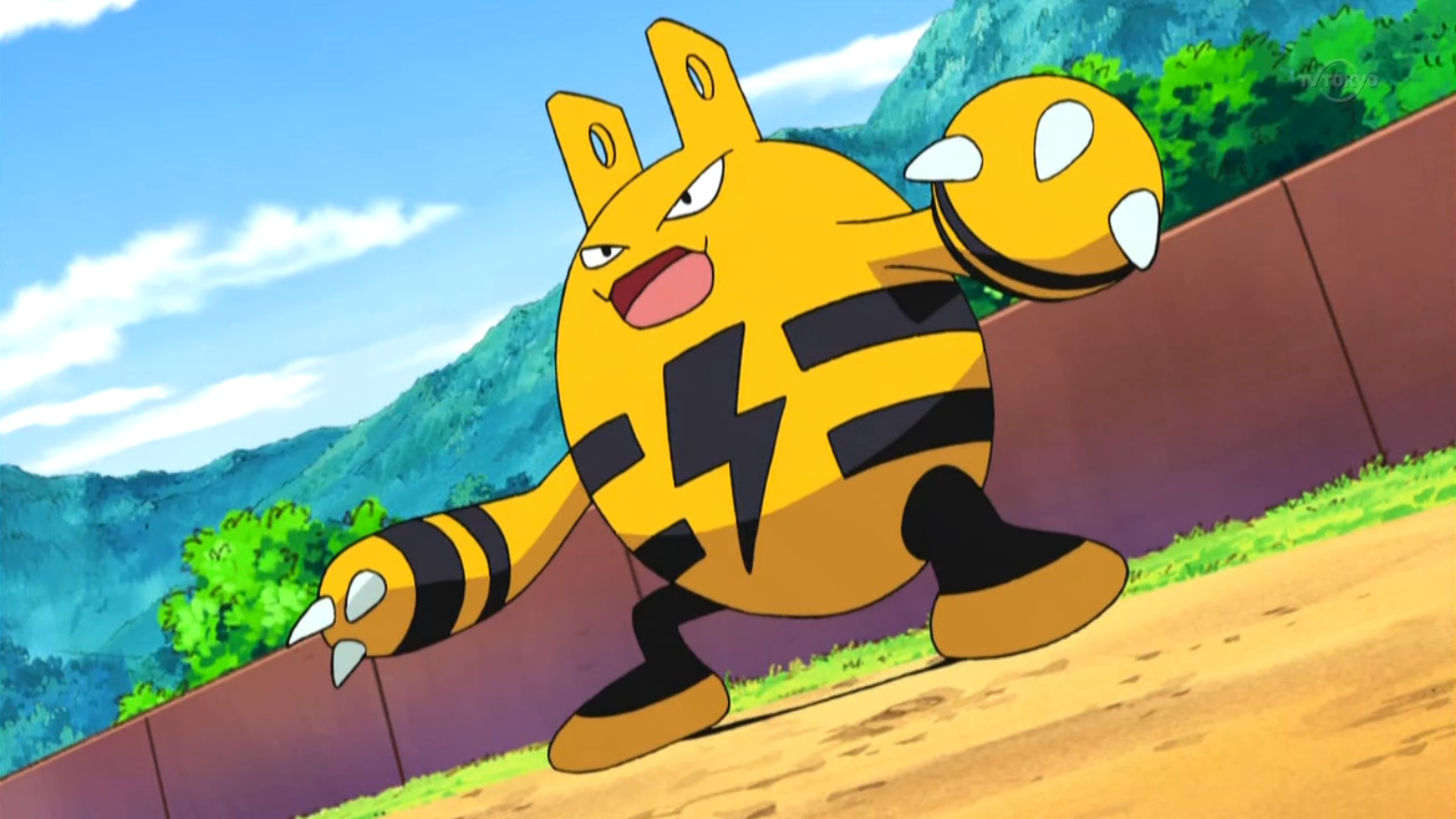 Another Baby Pokémon that can now be found in the Crown Tundra’s various areas is Elekid. This Electric-type is the Baby pre-evolution to Electabuzz and Electivire. Elekid can be found as a random encounter in thunderstorms in a few areas: Giant’s Bed, Old Cemetery, Giant’s Foot, the Frigid Sea, Three-Point Pass, and Ballimere Lake.

Alternatively, it can be bred from Electabuzz or Electivire, each of which can also be caught in the wild. Electabuzz appears as a wandering encounter on the overworld in all of the same areas during thunderstorms. It can also be found in Dynamax Adventures.

Electivire is also encountered in thunderstorms, although in fewer places: only Giant’s Bed, the Frigid Sea, Three-Point Pass, or Ballimere Lake.

Those looking to evolve through this evolutionary family can level up Elekid to level 30 and then trade Electabuzz while it’s holding an Electirizer. 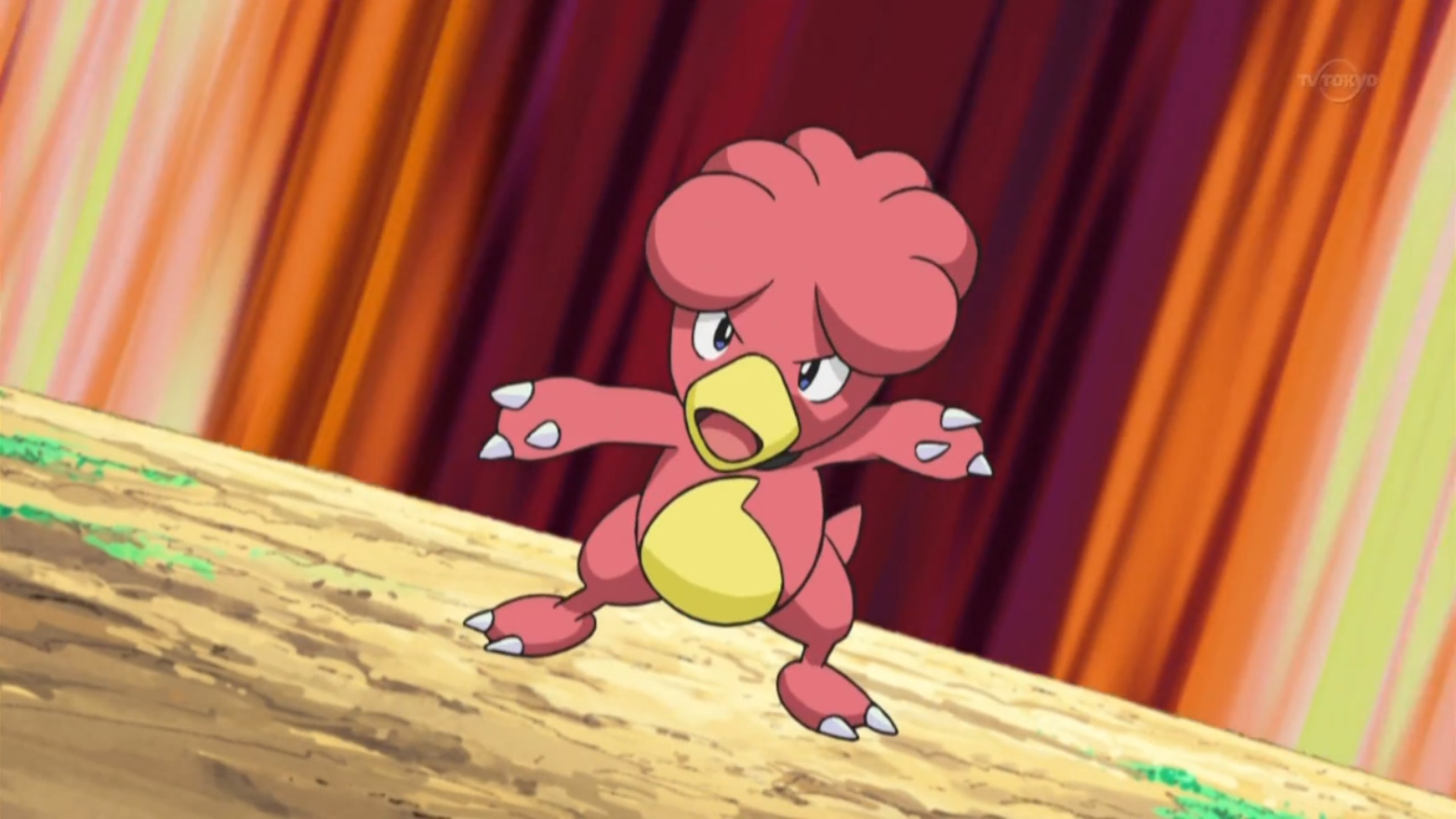 Magby is somewhat of an encounter to Elekid, with a similar evolutionary family and encounter instructions, just with slight differences. It can be bred from Magmar or Magmortar, which are also caught in the wild. It will evolve in similar ways — into Magmar at level 30 and then Magmortar if the Magmar is traded while holding a Magmarizer.

Similarly, Magby will appear as a random encounter during the right weather conditions. Head to Slippery Slope, Frostpoint Field, Giant’s Bed, Old Cemetery, Snowslide Slope, Giant’s Foot, Three-Point Pass, or Ballimere Lake. All of these areas will see Magby spawn in the grass during intense sun. Magmar, like Electabuzz, will appear in the same areas as its pre-evolution or in Dynamax Adventures. 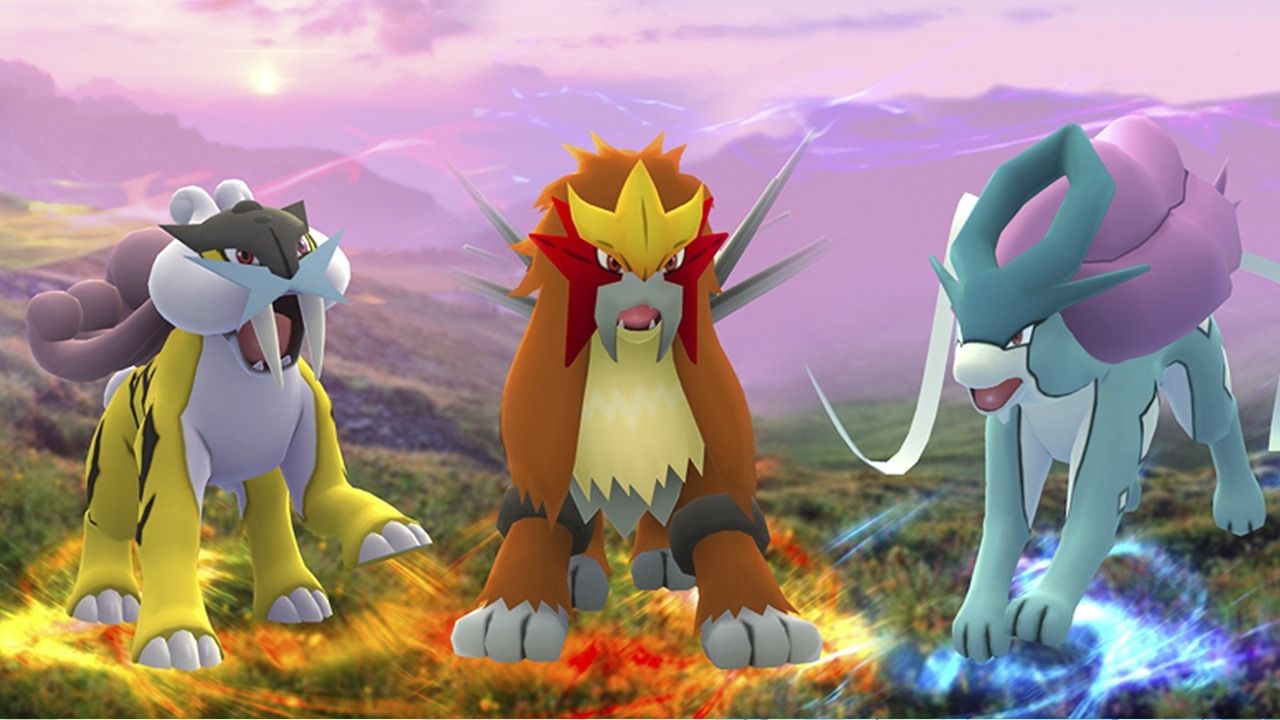 The last Johto Pokémon reintroduced in Crown Tundra are also the only ones not related through evolution to a Generation I Pokémon: The five Gen II Legendaries. This includes Ho-oh, Lugia, Entei, Raikou, and Suicune.

All five of these Pokémon are encountered as part of the Dynamax Adventure in the Max Lair. Interestingly, Suicune will always be the first Legendary a player can be encountered in this adventure, as sort of a makeshift tutorial. As with any Legendary, though, you don’t need to catch it the first time you see it.

You should note that Ho-oh is locked to Pokémon Sword and Lugia is exclusive to Shield. However, if you join the run of someone with the opposite version, you may get lucky and see the Pokémon not available to you. You can also find groups online if you’re looking for the opposite version exclusive specifically. 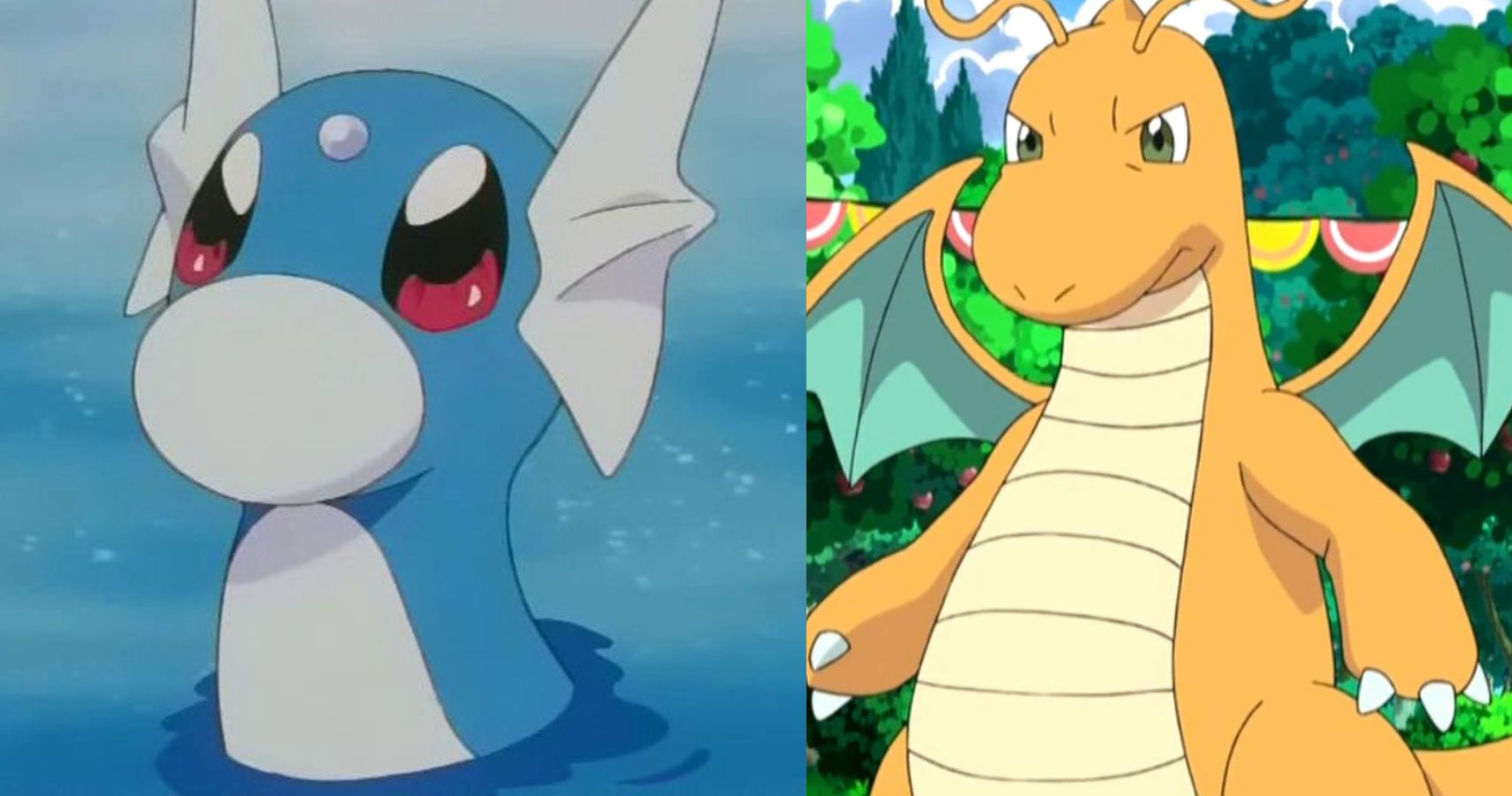