Pokemon Unite season four was launched alongside the biggest balance update in the game’s history. Despite there not being any new Pokemon to shake up the meta (two weeks until Espeon, according to the leaks), the balance adjustments from this patch are already having a noticeable impact on the game. Some Pokemon are moving up the tier list, like Trevenant and Aegislash, while others are moving down, like Hoopa and Talonflame.

While buffs and nerfs are standard for any balance update, there’s one detail from this patch that isn’t: for the first time ever, held items are getting adjusted. Both Buddy Barrier and Score Shield have received a nerf, and it’s not a small one. It may sound hyperbolic, but these adjustments to these two held items are going to change the entire landscape of Pokemon Unite and how it's played, at least at the highest level. No one thought it would ever happen, but the great Buddy Barrier/Score Shield nerf proves that Pokemon Unite is a game where anything can happen and nothing is safe from the nerf hammer.

It’s impossible to overstate the stranglehold Buddy Barrier has had on the meta since the beginning of Pokemon Unite. Its ability gives the user and nearby allies a shield equal to 40 percent of their total health, every time the user activates its Unite Move. For Pokemon with fast-charging Unite Moves like Pikachu and Dragonite, this was an essential piece of the kit, but virtually all Pokemon could benefit from a Buddy Barrier. Defenders almost always used them, as did most Attackers and Supports. There were some builds that didn’t use Buddy Barrier, but using one was never a bad call. Since everyone had a Buddy Barrier equipped all the time, team fights around objectives were extended affairs, as players on both teams could constantly refresh their health and stay in the fight.

Despite being a must-have item, Buddy Barrier remained untouched through dozens of balance patches. TiMi Studio Group finally addressed it this week by reducing the size of the shield from 40 percent to just 25 percent – a massive nerf that guarantees a lower pick rate for Buddy Barrier going forward. Some Pokemon will definitely still use it, but the nerf opens up a lot more options for held items. It’s no longer mandatory, and we’ll soon see the meta shift significantly with this change. 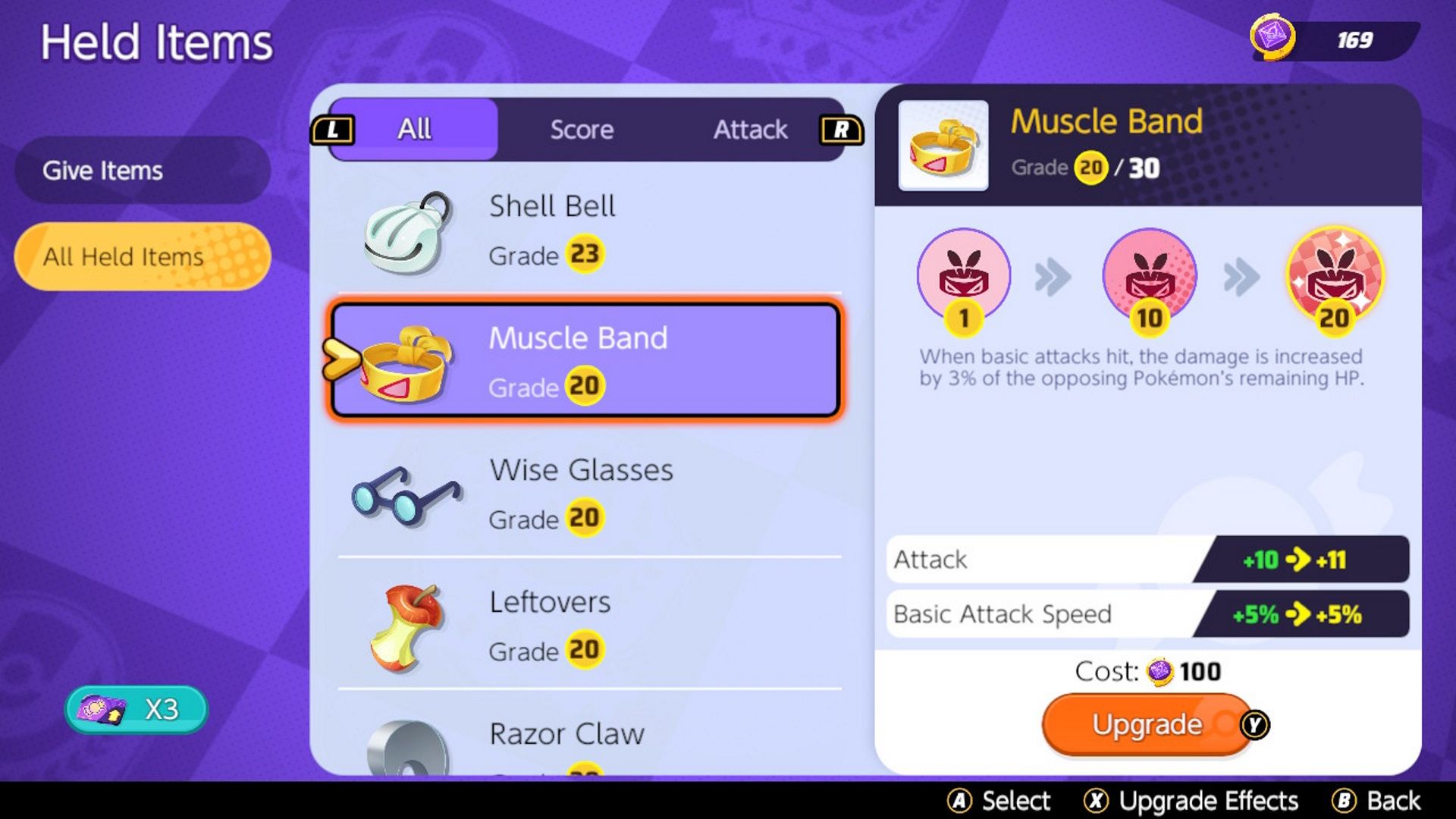 Score Shield was in the same position as Buddy Barrier, to a slightly lesser extent. The uninterruptible 10 percent shield it provided while scoring made it a mandatory pick in the score meta, which is the dominant pro strategy in Asia. The item took up a permanent spot in most Speedster and Laner’s inventories, even if they weren’t explicitly score stacking. Now, the cooldown on the Score Shield has been increased from six seconds to a staggering 20 seconds, and it no longer stacks with Buddy Barrier. There isn’t a good reason to use Score Shield over other strong held items like Focus Band, Scope Lens, and Razor Claw anymore, unless you’re specifically building for scoring – and even then it might be outclassed by better items.

Many believed held items would never get nerfed because of the way Unite’s economy works. You can buy Aeos Gems for real money and exchange them for Item Enhancers to upgrade your held items, leading some to believe that there was no way the developers could adjust these items without incurring backlash from players. The fact that Buddy Barrier and Score Shield received these (necessary) nerfs tells us a lot about Unite’s developers – who are notoriously uncommunicative with the community about the game. It tells us that they are slow to adjust aspects of the game outside of individual Pokemon, but that changes will be made, eventually, if they’re necessary.

There’s a lot of pessimism in the community about Unite’s big, unaddressed problems. Ranked mode is poorly incentivized and has major matchmaking issues that force players of all ranks and skill levels into unfair games. Popular MOBA features like pick/ban and scoreboards have been highly requested since the very beginning as well. All of these requests seem to have gone unheard, and it’s easy to think these issues will never get addressed. The held item nerfs prove that anything can happen in Unite though, and it has given me a lot of hope for the future.