I’ve done the research, crunched the numbers, and determined with scientific accuracy that Pokemon Unite has way to many Gen 8 Pokemon. Worse, it’s about to get some more. The over abundance of Pokemon from the Sword & Shield generation may have made sense when Unite launched in 2021, but as we head deeper into the first year of Gen 9, the absence of new Pokemon is getting harder to ignore. What’s more, some generations are still dramatically underrepresented, and the problem is only getting worse with each new addition. I love the pace of Unite License releases, but I’m ready for the game to change gears.

Here’s the breakdown: there are 15 Kanto Pokemon, five from Johto, three Hoenn, four Sinnoh, only two from Unova, and seven each from Kalos, Alola, and Galar. According to Unite leaker ElChicoEevee, Zacian is the next Pokemon after Comfey, bumping Galar up to eight Pokemon and making it the second most-represented generation, after the ever-popular original.

I know I made it sound like the game had nothing but Gen 8 Pokemon when the reality is that group makes only half of Kanto’s number and just barely squeaks past Kalos and Alola, but I don’t think it’s possible to overrepresent Gen 1, and Galar’s problem is the pace at which they’re being released.

At launch, Galar had three Pokemon: Cinderace, Cramorant, and Eldegoss. This put Gen 8 ahead of every other generation (except Kanto) and it maintained that lead, thanks to the early release of Greedent, for most of the first year, only falling behind during Kalos’ impressive run of Trevenant, Aegislash, and Hoopa. Now we seem to be stuck in a cycle of Galar Pokemon, starting with Urshifu in December (which counts as two Pokemon, don’t @ me) followed by Dragapult, and now Zacian. ElChicoEevee also predicts Inteleon is one of the upcoming Unite Licenses, which will put Galar even further ahead. Meanwhile, Gen 9 is nowhere to be found. 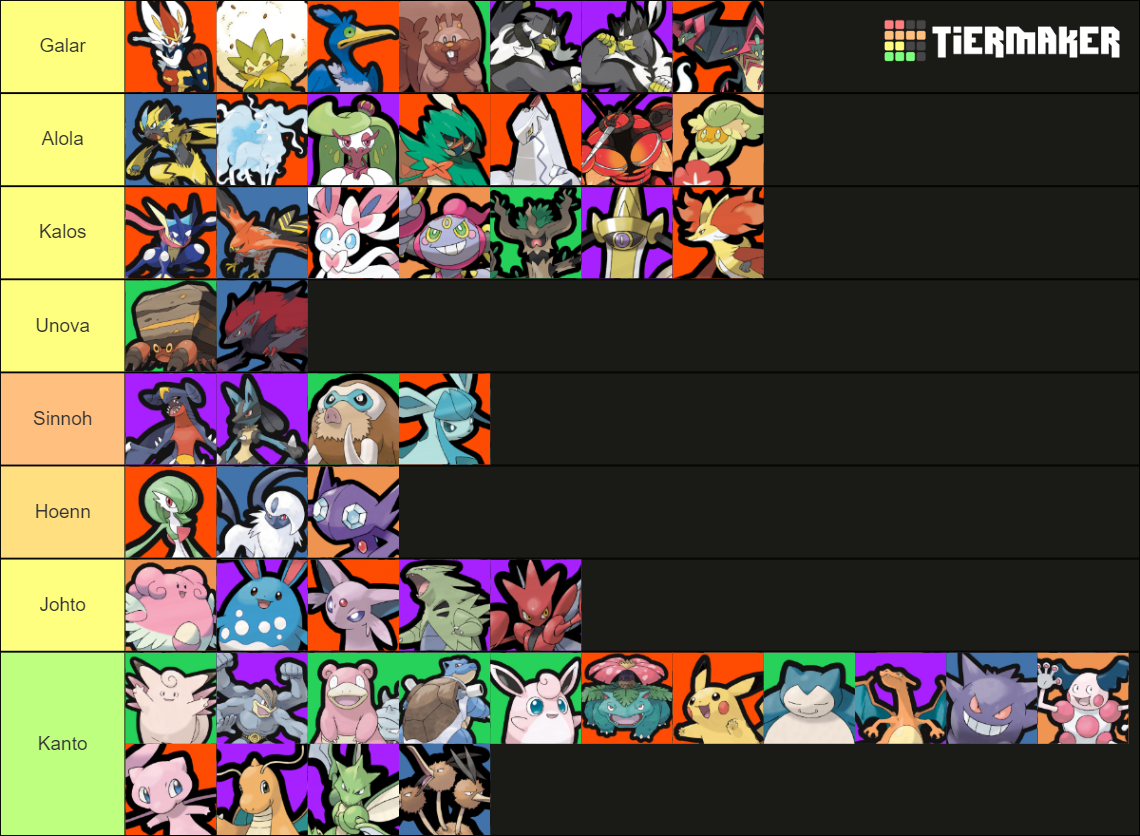 I’m not suggesting Galar Pokemon are taking up space that Paldea Pokemon deserve, but it’s strange that we’re getting a run on Gen 8 right now. Scarlet & Violet has been out for months and, despite a more negative critical consensus than usual, was still the fastest-selling Nintendo game of all time. Not the fastest-selling Pokemon game, Nintendo game.

I’m not sure what the Unite team is waiting for, or why The Pokemon Company doesn’t want to capitalize on Gen 9’s popularity in Unite. Any of the Paldean starters seem like obvious choices (I’d prefer Meowscarada) but they couldn’t go wrong with Tinkaton, Houndstone, Annihilape, Baxcalibur, Kingambit, or Armarouge/Ceruledge either. I can understand wanting to wait for a special occasion to break into Gen 9, but it sounds like Zacian is going to be the Pokemon Day Pokemon, as Hoopa was last year, and that seems like a special enough occasion to me.

We also still only have two Pokemon from Unova and three from Hoenn. Again, any of the starters would be great, but there’s also plenty of good choices from Gens 3 and 5. For Unova, give us Escavalier or Krookodile. Give us Garbodor for the memes. I’d love Beartic, Genesect, or Bisharp. The latter would even evolve into our first Paldean Pokemon, Kingambit, a double whammy. Hoenn has even more great options, like Slaking, Exploud, Aggron, Banette, Metagross, and Salamence. ElChicoEevee predicts Chandelure and Tropius are coming soon, which is better than nothing, but there’s a lot more untapped potential in these early generations than there is in Gen 8 at this point. The developers never promised an even spread, but personally, I’m ready to move on from Galar.