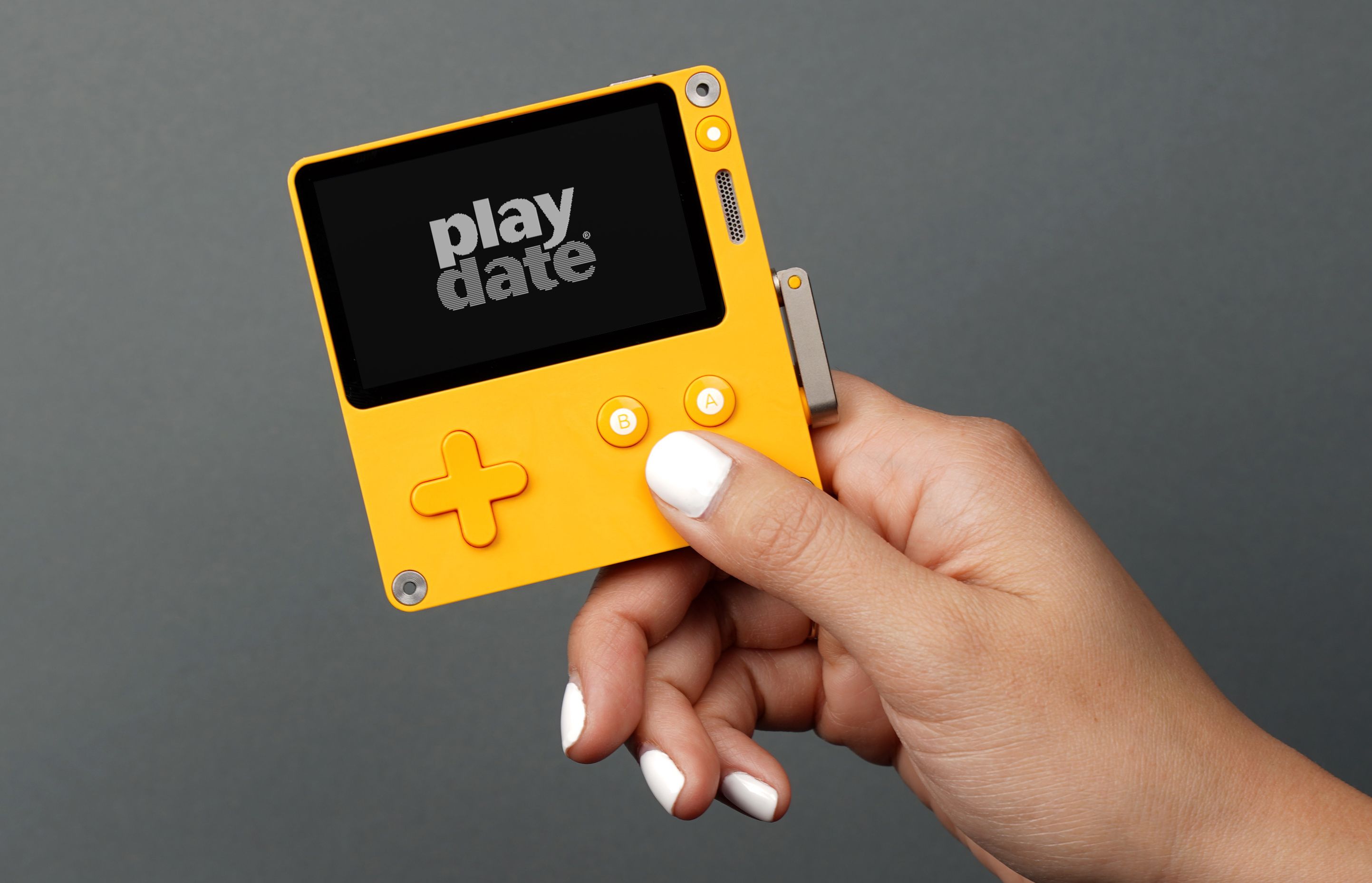 The low-tech alternative to the PS5 and Xbox Series X will have exclusive games from the makers of Papers, Please and Katamari Damacy.

There’s something pleasing in the fact that one of the first official announcements of E3 is about a new console and yet the words teraflops, 4K, and 60fps were not mentioned once.

Instead, the Playdate portable console is black and white and you control it by turning a crank (although there’s also a D-pad and buttons). That’s so odd it’s managed to attract an impressive list of high-profile indie developers to support it.

The Playdate was first announced back in 2019 but will soon be available to pre-order for $179. There’s no UK price yet but that works out as £126, if you want to try your luck on the official website when pre-orders open next month.

A total of 24 games will be available as part of the ‘Season One’ line-up of titles, of which 21 have now been announced.

The idea is that the console will launch sometime later this year and then you’ll get two games per week for 12 weeks.

Papers, Please and Return Of The Obra Dinn creator Lucas Pope will also be making a game called Mars After Midnight although not, it seems, for Season One.

Announced at the same time was the Playdate Stereo Dock, which can charge your console and has a Bluetooth stereo speaker – while also managing to make the Playdate look like an old school portable TV. It also has a pen. We’d ask why but then we’re still not sure about the crank.

There was no price announced for the dock but there’s also going to be a radio app called Poolsuit FM and a game editor called Playdate Pulp, which certainly sounds like a better launch window line-up than most other consoles.