Mordenkainen Presents: Monsters of the Multiverse feels like a turning point for Dungeons & Dragons. More than just a book that adds a ton of new playable races, monsters, and NPCs, it's setting how Wizards of the Coast wants the game to be for the next few years: open, accessible, and far less fiddly to run for dungeon masters.

While the 33 new and reimagined playable races are an exciting part of this new book, the majority of it is dedicated to hundreds of creatures and NPCs that DMs can slot into their campaigns. According to Wizards, this is the most creatures in a single book outside of the core fifth edition Monster Manual.

The "Multiverse" part of the title comes from the book not being bound to any specific setting, and so the monsters found inside can come from The Forgotten Realms, Ravnica, Eberron, Theros, or anywhere in between. Like the player races, their appearances here strip them of their original lore – the Catoblepas makes no reference to Theros, for instance. This is meant to be so any DM can put any creature into any other setting and not have to figure out how to make it 'work' in their world.

While many are updated versions of monsters found in other books, there are also several new creatures, like Shadow Mastiff Alphas and a fae dolphin called the Dolphin Delighter. And it's in these where Wizards' goal of making life a lot easier for DMs starts to really take hold.

In older books, one monster may come with instructions on how to modify it to make another, similar one. With Monsters of the Multiverse, that extra mental load is cut out and the variant creatures are just included as creatures. For instance, Shadow Mastiffs appeared in Volo's Guide to Monsters, but Shadow Mastiff Alphas were variants that had to be made manually by the DM. In Monsters of the Multiverse, Shadow Mastiff Alphas get their own, fully-fleshed out stat block. 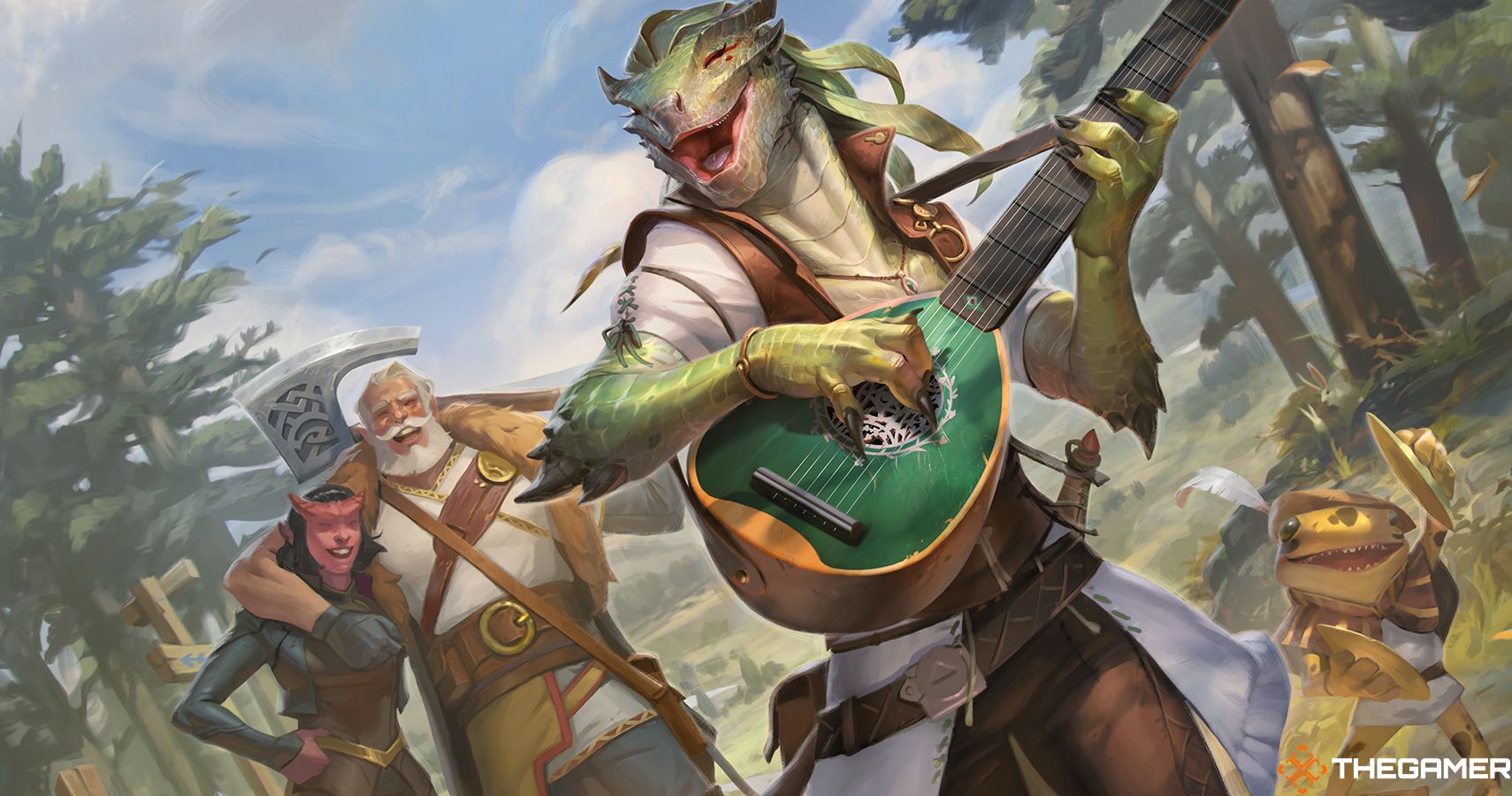 This theme of taking out the unnecessary legwork expected of dungeon masters continues throughout the book. Stat blocks have been adjusted to make each monster as "grab and run" as possible (according to D&D's principal rules designer Jeremy Crawford), and complex mechanics like spellcasting monsters have been optimised, removing their spell slots and just giving them a small list of spells that can cast either at will or a set number of times in a day.

Even the book itself is being made with DM quality of life in mind. Older books could sometimes be confusing to look through because the monsters would be alphabetised by their creature type, not their name. So a Shoosuva would come before a Gnoll Hunter because Shoosuvas are Demons and Gnoll Hunters are Gnolls. In Monsters of the Multiverse, most monsters are now ordered by name: an Archdruid can be found before a Bodak, which is before a Demogorgon and so on. The only exception is Dinosaurs, which are kept together in a single section.

Monsters of the Multiverse simplifies many of the game’s elements, but that doesn't mean it will make your campaigns any easier. In fact, part of Wizards' design goals was to make the game more challenging for parties, responding to ongoing feedback through the Unearthed Arcana test releases that monsters could be easier than their Challenge Rating (CR) suggested.

The discrepancy between a monster's CR and its real-world difficulty was due to how the CR was assessed. In the past, playtesters would have a flowchart on the optimal actions a monster would carry out in an encounter. But D&D doesn't work like that, and DMs would often play them in a suboptimal way.

Instead of just changing the CR of monsters, Wizards opted to tweak all of them to ensure they all had multiple lines of play that gave the intended challenge to players. As a result, DMs should be able to feel more confident that they're offering an adequate challenge for their players, even when they're controlling monsters they're less familiar with. 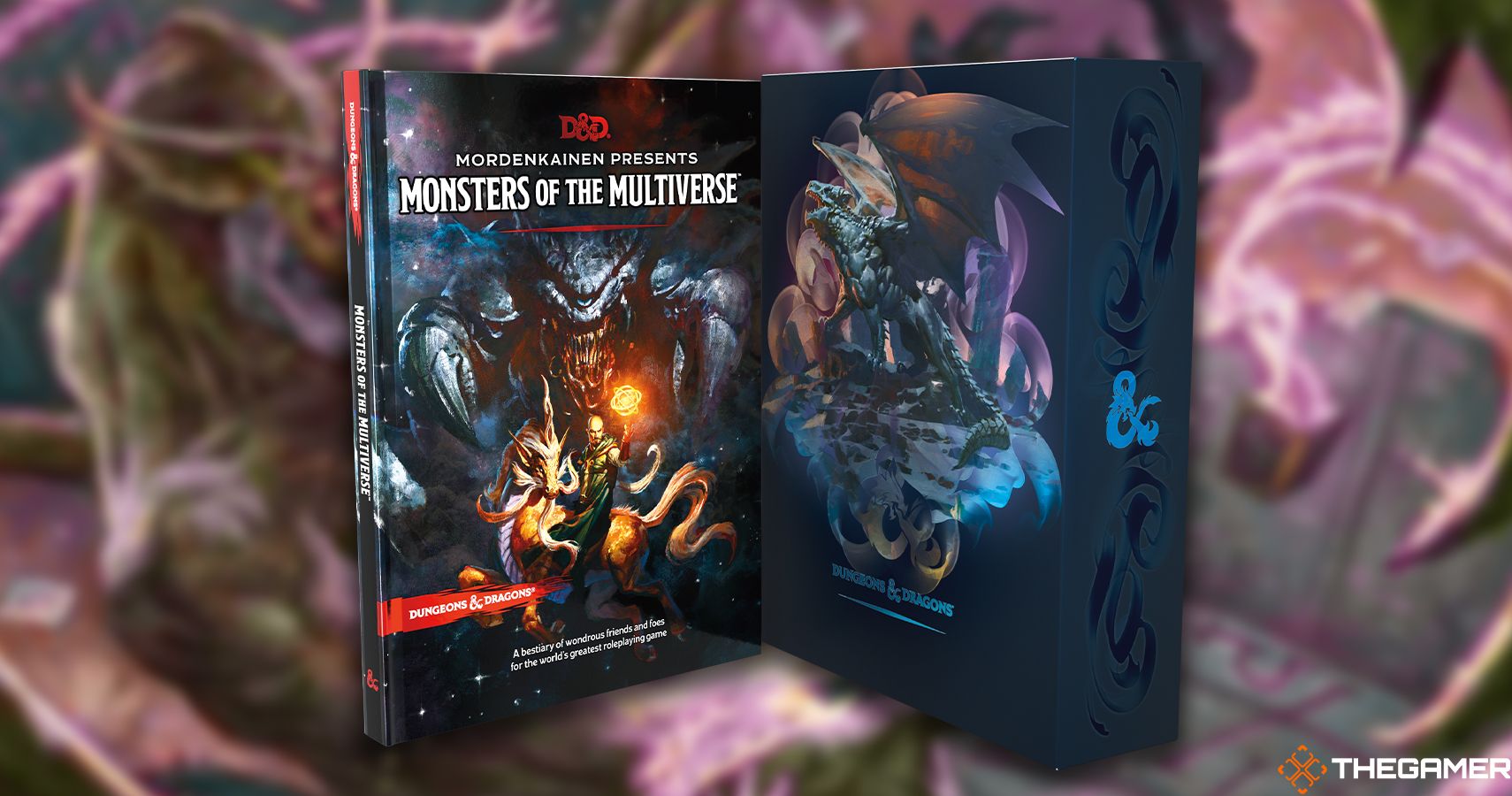 Mordenkainen Presents: Monsters of the Multiverse is the first suggestion we have of the radical changes Dungeons & Dragons will go through in the next few years. While we don't know a whole lot about the core rules revisions that are in the works, we can expect them to take a similar direction to what we've seen here: make life easier for dungeon masters, by streamlining the mechanics and giving them more freedom to create their worlds how they want to, while also making things more challenging for the players in their campaigns.

Monsters of the Multiverse will launch on January 25 as part of the Rules Expansion Gift Set. The gift set also includes the latest editions of Xanathar's Guide to Everything and Tasha's Cauldron of Everything. It will be available in a regular boxed edition, and an alternate holographic white edition exclusive to local game stores.

Preorders for the standalone and digital editions of Monsters of the Multiverse begin on January 18, ahead of its release on May 17.