Story is definitely one of Prey’s strong suits. There are many branching lines that Morgan can take depending on the choices made onboard the Talos I station. Certain side quests will also unlock different kinds of endings for Morgan, and players who have only completed the game once might be interested in going back to see what they could have done differently.

Who Is December? is one of the more mysterious side quests on Prey. Quite early on in the game, Morgan will be contacted by another operative similar to January. Instinctively, most players will be inclined not to trust December, since January has been helping them all along for now. However, if you do follow this quest, you’ll actually unlock a secret ending. Warning: spoilers ahead.

In order to begin this quest, you need to have watched Morgan Yu’s message fully in their office after returning from the Hardware Labs. The next step is to head over to Psychotronics and enter G.U.T.S., which can be done from the Talos I lobby. On the first floor, next to the stairs leading to the Neuromod Division, is where you enter the area.

Head To The Neuromod Division 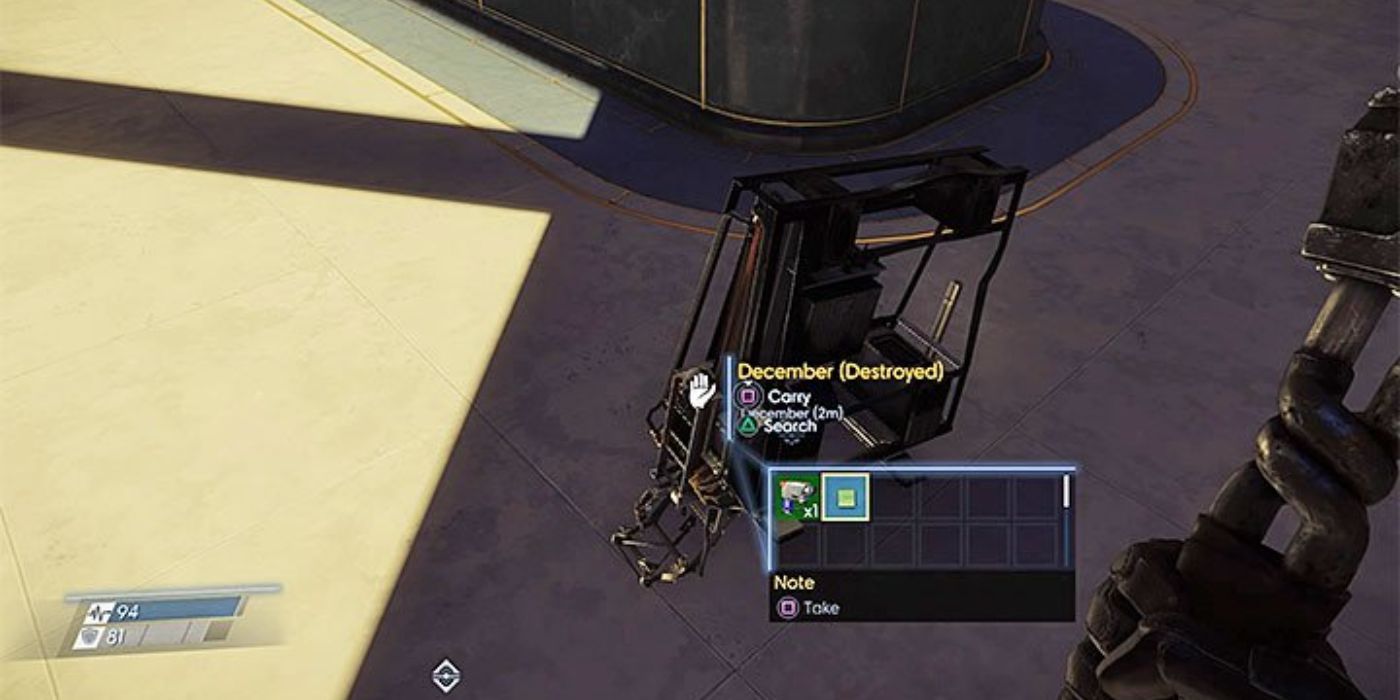 Head back into the Talos I lobby and go up the same stairs you first entered the lobby from. You basically want to backtrack to the first area of the game where you unlocked your very first Neuromod in the Neuromod Division lobby.

As you enter the lobby, sadly, December will not be functional anymore. The operator can be found broken down in the middle of the lobby. Loot it for an extra Neuromod, as well as a mysterious note presumably from Morgan themselves. The note has a code for a safe for much later on in the game.

Head To The Arboretum 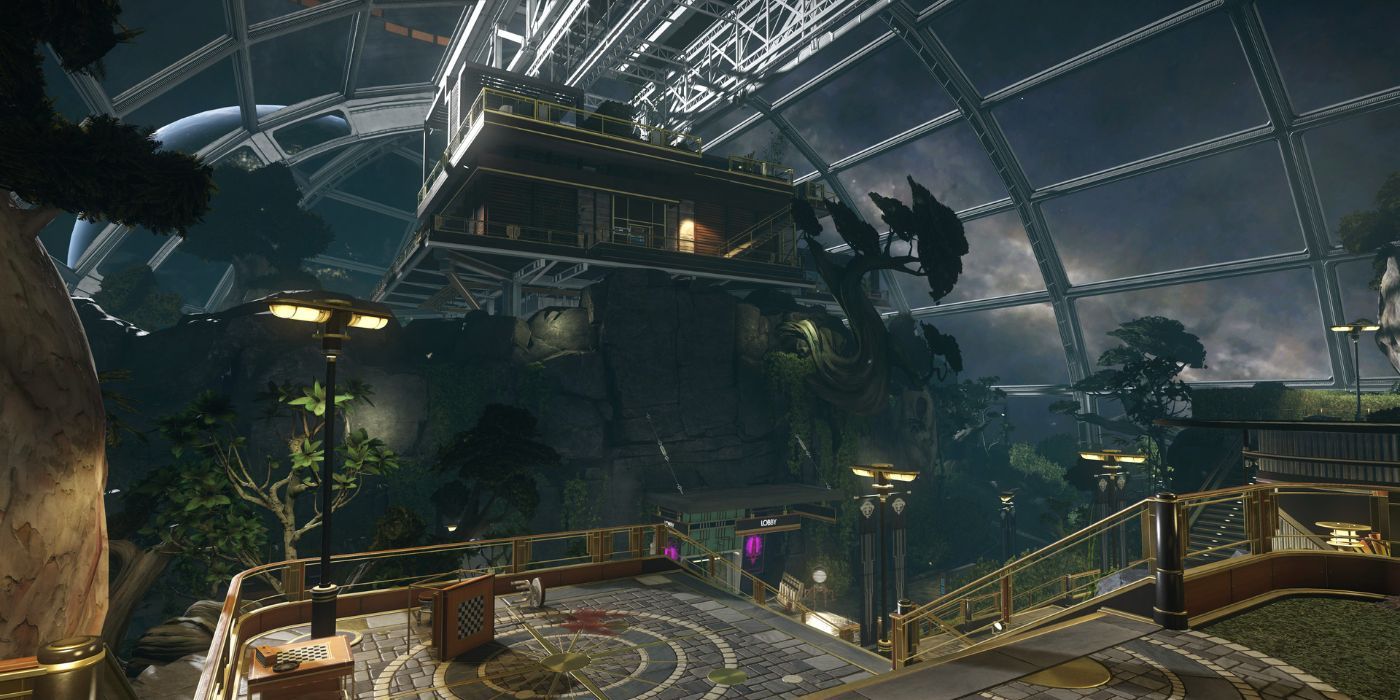 The next part of the quest can only be accomplished once Morgan enters the top of the station: the Arboretum. To get here, you need to get through Psychotronics and G.U.T.S. first, which involves completing various other minor quests and tasks. This can take quite a while since the elevator from Talos I lobby isn’t operational.

Once you arrive in Arboretum, you’ll know you’re in the right place when you find yourself surrounded by greenery and trees. The area is pretty massive, but if you look to the top, you’ll notice the escape pod you’re trying to reach. 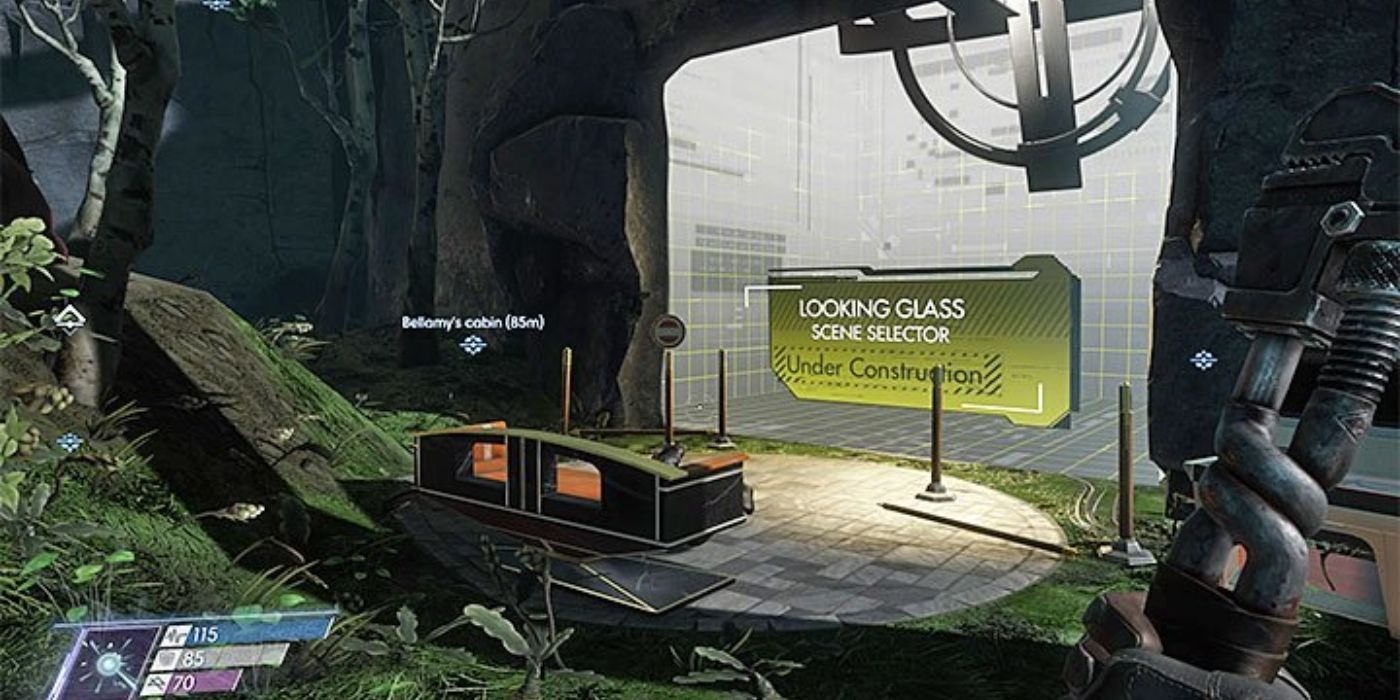 Located in Arboretum, Alex’s office is the construction at the very center overlooking the entire garden area. One way to get to it is to activate the grav shaft by hacking the code panel, which requires hacking level 4. If not, the grav shaft will be activated later on in the story anyway.

However, the best way to get to the office fast is to build your way up with the GLOO gun. Head to the Looking Glass corner of the Arboretum, and climb up the rock formation by getting on top of the machine on the right side of the screen and using GLOO charges to help you climb further up. 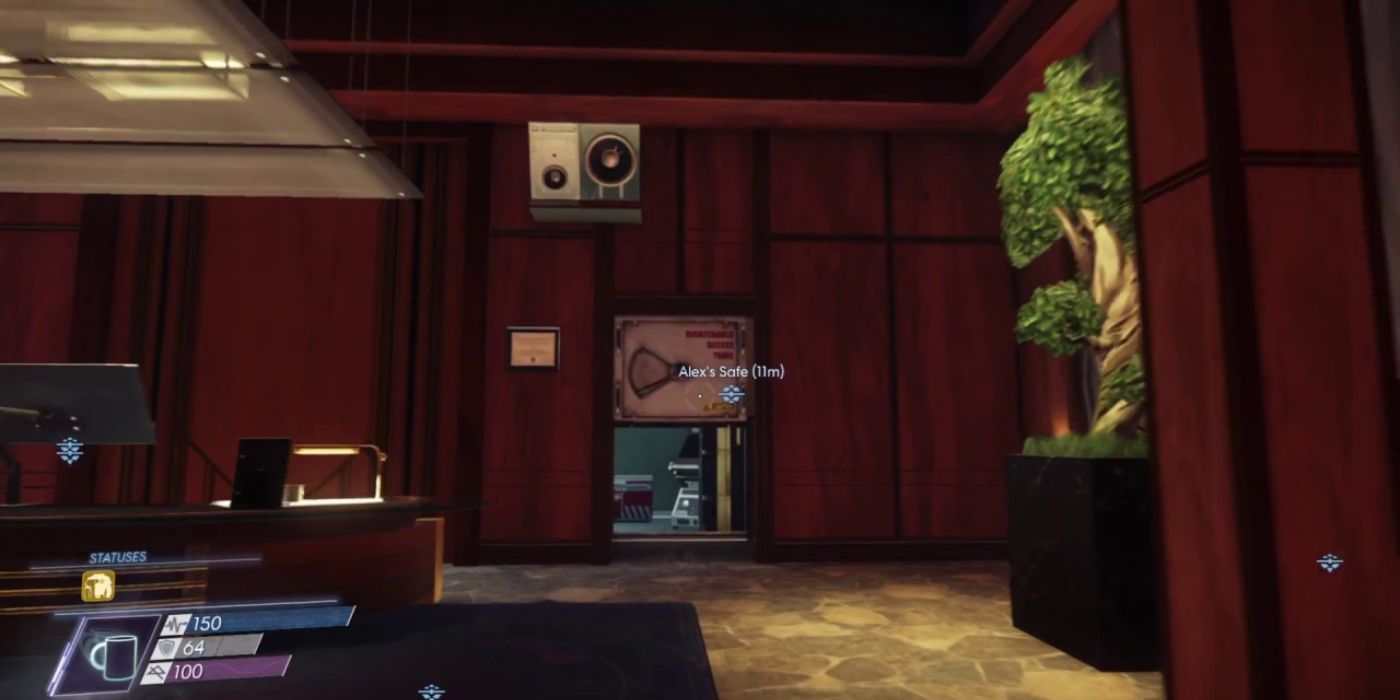 Once you’re inside Alex’s office, look around and you should spot a large crate blocking off a crawlspace. Get rid of the crate and crawl through into a small room where you’ll find the safe the mysterious note gave you a code for. Loot the safe, and inside, a recording from Morgan should explain everything.

The recording says Alex’s escape pod key is located in his suite, and the safe also has the key to his suite. Despite the recording stating Morgan has a copy of the key, Alex has already hidden the key from Morgan, and it must be recovered from his private suite. 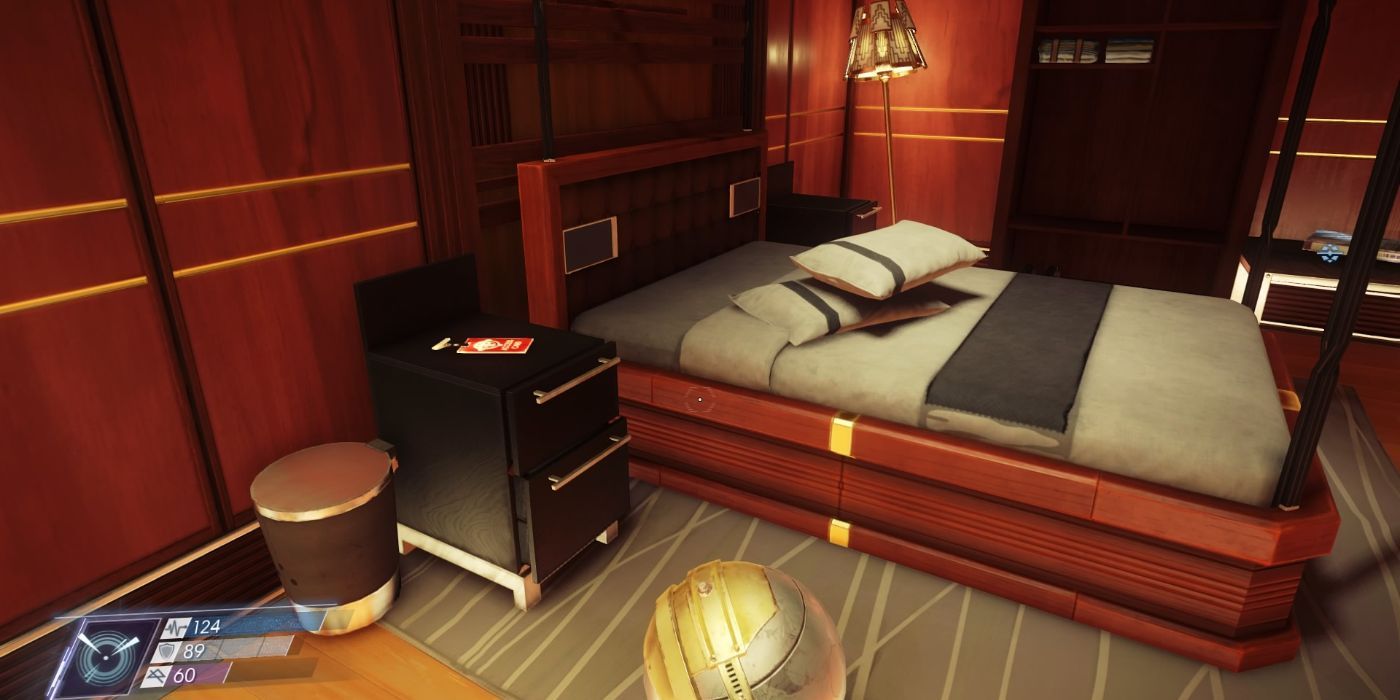 On the left side of Alex’s bed, there’s a globe on his nightstand. The escape pod key is hidden underneath the globe. Grab it, and then head back to the Arboretum. Beware of the Mimic that’s hiding in his suite.

Return To The Arboretum 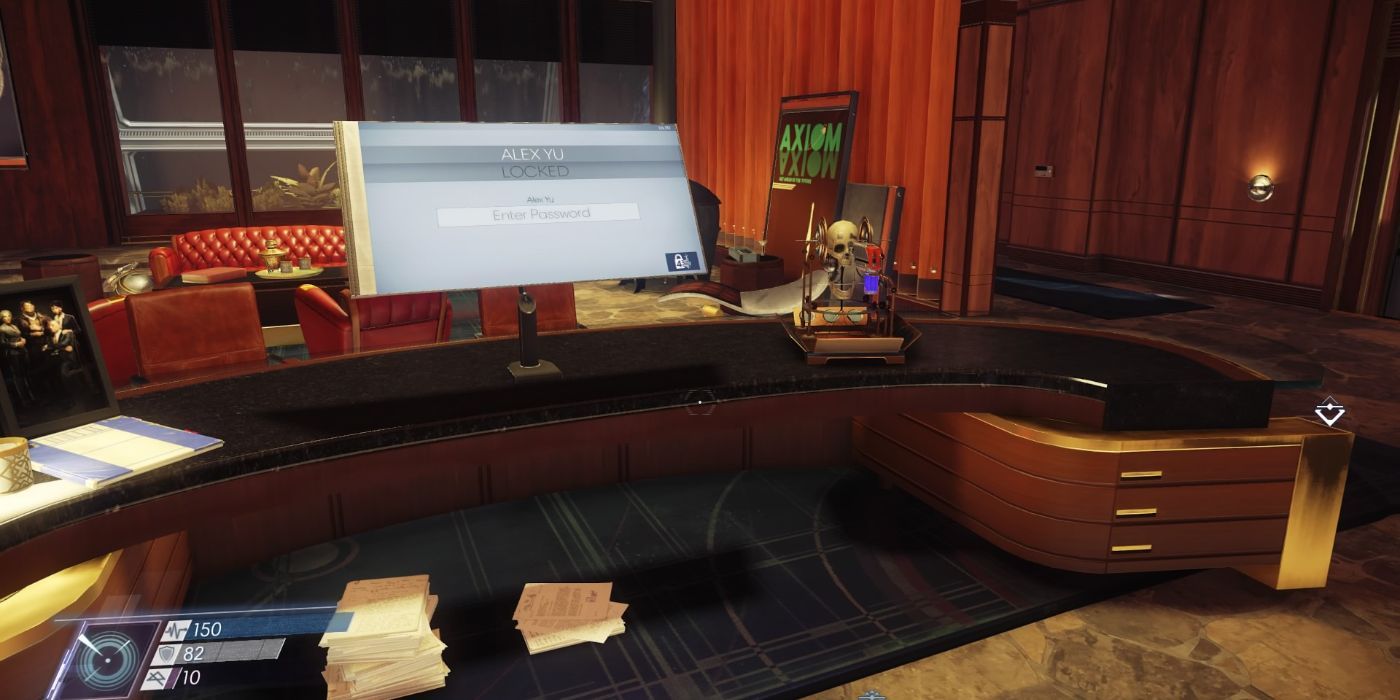 Once back at the Arboretum, climb back up to Alex’s office from the Looking Glass area. Inspect Alex’s computer terminal, and specifically go into utilities. You’ll absolutely need hacking level 4 to access this part of the quest. Otherwise, you need to use your GLOO gun to bridge your way across to the escape pod, which can be dangerous and costly.

After hacking your way through, lower the ramp to the escape pod. Now head up to the roof of Alex’s office, and you’ll notice that a bridge leads up to the small round pod located at the ceiling of the Arboretum. 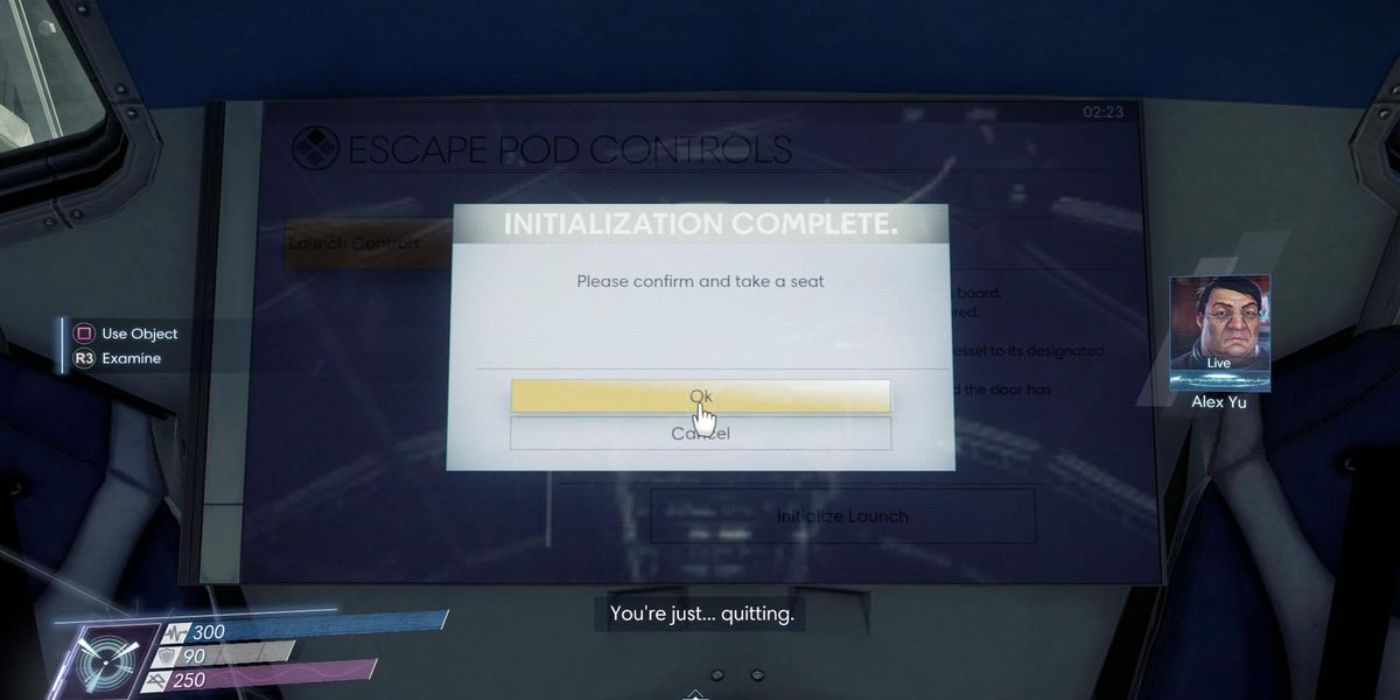 As you approach the escape pod, January will contact you and try to stop you by stating your job on Talos I isn’t complete until all Typhon life is destroyed. You can still enter and close the door, and as you sit down, your brother Alex will also call you and express his disappointment in you.

The escape pod takes off, and you unlock a secret ending that might shed some more light on the actual ending of Prey. After that, you’ll spawn at your last saved game point because this actually isn’t a full ending.