It looks like it's going to be a sad, rainy weekend in the UK.

Luckily for you, there's good news coming via the PlayStation store if you want to hide inside away from the inclement weather.

Bandai Namco is releasing a pretty substantial demo for Code Vein and you can play it totally for free from right now.

With about three weeks to go until you can actually get your hands on the final version of the game, this is a great way to prep yourself for the latest character action game from the Japanese publisher.

The Code Vein Trial Edition allows players to get a feel for the game whilst exploring a pretty decent chunk of the anime-inspired RPG's unique environment.

The demo is more or less the same as Code Vein's closed network test made that took place earlier this year – between May 30 and June 3 – though there is no multiplayer content in this version of the demo. 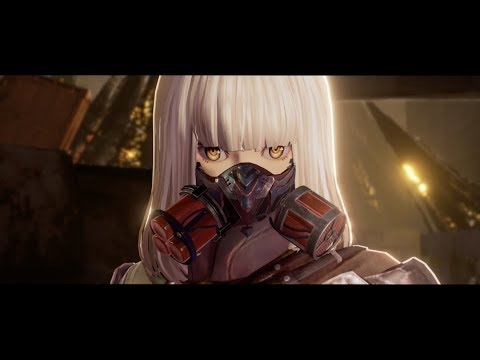 Interested? Here's a bit more official info direct from the developers themselves:

"In the not too distant future, a mysterious disaster has brought collapse to the world as we know it. Towering skyscrapers, once symbols of prosperity, are now lifeless graves of humanity’s past pierced by the Thorns of Judgment," reads the game description.

"At the center of the destruction lies a hidden society of Revenants called Vein. This ﬁnal stronghold is where the remaining few ﬁght to survive, blessed with Gifts of power in exchange for their memories and a thirst for blood.

"Give into the bloodlust fully and risk becoming one of the Lost, ﬁendish ghouls devoid of any remaining humanity. Wandering aimlessly in search of blood, the Lost will stop at nothing to satisfy their hunger."

"Team up and embark on a journey to the ends of hell to unlock your past and escape your living nightmare in CODE VEIN."

You can download the demo via PSN or this link.

Those of you conscious of HDD space may also want to know that the demo is a pretty hefty 9GB in size on PS4 and Xbox. So you might want to make some room!