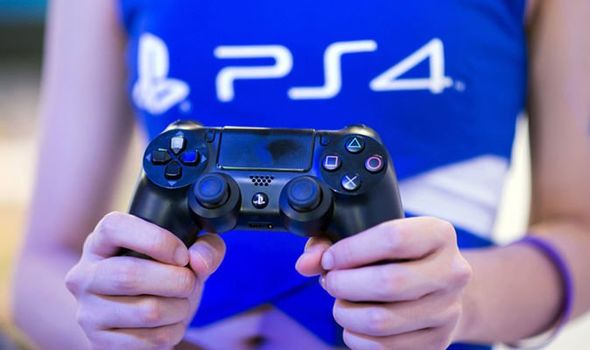 PS4 gamers have their last chance to download and play a gaming classic that has yet to be featured as a free PS Plus game.

To get fans prepared for the launch of the next big instalment in the franchise, Sony and Gearbox are making Borderlands: Game of the Year Edition free-to-play this weekend.

The free Borderlands trial began on August 16 for PS4 and ends on August 18 on the PlayStation platform.

The good news is that this free download is also available in the UK during the same time but will be ending alongside the other regions.

This means fans only have a short period to download and play the looter shooter this weekend.

The new Borderlands: Game of the Year Edition download can be found on the PlayStation Store and is just the latest title in the franchise to be made available on PS4 as a special bonus.

Borderlands: The Handsome Collection was made a free game to download in June for PS Plus members.

And it was just a few months ago since the GOTY edition was offered as a limited time demo, making this the second time in 2019.

And as an added bonus, fans can pick up Borderlands GOTY at a reduced price for a limited time.

Gamers who want to add the Game of the Year Edition to their library can grab it with 40% off until August 20.

The new limited-time game experience is also expected to include all the mainline DLC during its demo period on PS4.

“Borderlands: Game of the Year Edition is a 4K remake of the original Borderlands that includes all four of the game’s add-on packs: The Zombie Island of Doctor Ned, Mad Moxxi’s Underdome Riot, The Secret Armory of General Knoxx, and Claptrap’s New Robot Revolution.

“It also adds a number of meaningful improvements to the original game, including local co-op support for up to four players on a single console, SHiFT support for Gold Chests and Keys, and an updated UI that incorporates a minimap.”

Borderlands GOTY Edition has seen some meaningful changes since it was first released on PS4 and will be followed by another major launch later this year.

Borderlands 3 was announced earlier in 2019 and has a set release date of September 13 on PS4, Xbox One and PC.

And to celebrate BL3’s impending release, 2K has also released a new Bandit-themed desktop and mobile wallpaper with which you can adorn your device of choice.

These can be found on the official PlayStation site, long before the full launch of Borderlands 3.

It should also be noted that the current Borderlands GOTY F2P offer stacks with the new PS Plus lineup.

This means you can download and play it alongside WipEout Omega Collection and Sniper Elite 4.

What makes the new WipEout bundle so special is that combines a number of games from the series into an easy to access collection for the PS4.

This includes WipEout 2048, WipEout HD and the HD Fury expansion, with the added bonus of PlayStation VR support thrown in.