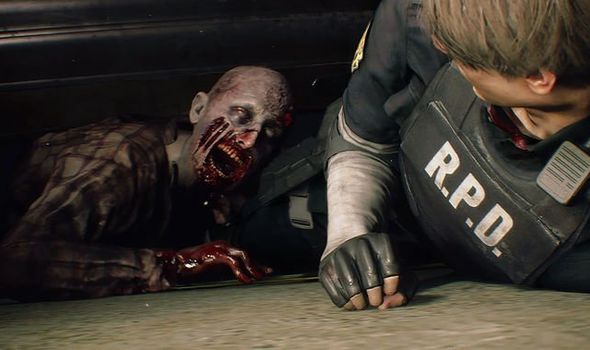 Horror movies are great, but if you’re really feeling brave we reckon horror games are the way to go this Halloween – and there are few better than this year’s incredible Resident Evil 2 Remake on the PS4 and Xbox One.

And thanks to Amazon, you can get in on the spooky fun for less – a LOT less. The retailer is offering the latest nightmare from Capcom on PlayStation 4 and Xbox One for just £17.99 – that’s over half price, and even cheaper than it was even a few days ago.

For those that aren’t aware, this is a ground-up remake of the PlayStation 1 classic – with an intimate over-the-shoulder camera perspective ripped straight from Resident Evil 4. That means you’ll be in the Racoon City Police Department uniform of Leon S Kennedy trying to escape the city as it’s overrun by zombies.

With the game’s Metacritic score on PS4 at 91, that should be enough of an endorsement to pick this up – it’s Game of the Year material. If you’re not sold yet, there’s a demo on the PS4 and Xbox One stores, too.

The Resident Evil series has thankfully managed to recover after the disappointing Resident Evil 6, returning with the first-person Resident Evil 7 and now this absolute masterpiece of a remake.

Next up, asymmetric multiplayer from Project REsistance (see what they did there?), which sees players banding together to survive a horror maze while one “Mastermind” summons zombies and other horrific beasts to keep you from reaching the end.