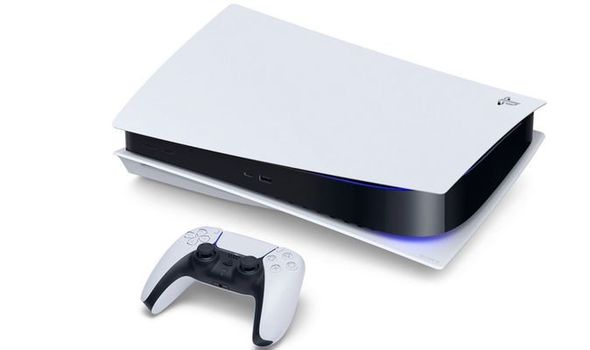 At the time of writing, Laptops Direct has just received new PS5 stock which they’re selling on their website. The retailer has the PS5 console with a Blu-ray disc drive available to buy, but they’ve bundled it in with a 4K gaming monitor. This gaming monitor is made by electriQ, and provides a 31.5inch 4K UHD HDR screen to use with your shiny new PlayStation 5.

On its own Laptops Direct has this monitor listed for £499.97, while the PS5 typically cost £449 – so this bundle is more expensive than usual.

However, it’s one of the few options gamers that are desperate to get a PS5 have right now – even though it’ll cost you a fair bit of wonga.

There are a few important things to point out though – this gaming monitor just has a 60Hhz refresh rate and doesn’t support HDMI 2.1.

Which means you won’t be able to deploy 120Hz gaming via HDMI 2.1 on this monitor, which is one of the big selling points of the next generation of consoles.

The Laptops Direct deal comes after gamers in the UK and Europe saw the PS5 launch this week.

On Thursday November 19 the PS5 finally arrived in Blighty, a week after gamers in regions such as the US and Japan got the next generation system.

On launch day retailers such as Amazon UK, GAME, John Lewis and Very all got stock in – but this sold out fast.

If you didn’t manage to bag a PS5 on launch day or via a pre-order beforehand then Argos, AO.com and Currys PC World should also be getting an upcoming stock drop.

While PlayStation boss Jim Ryan has said Sony is working hard to meet demand for the PS5 in the run up to Christmas and after the festive period. 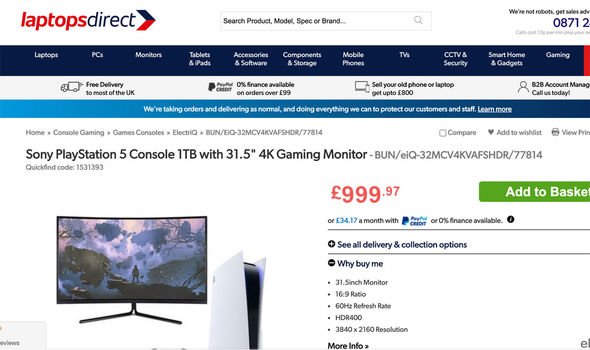 Ryan said: “We’re making more PS5’s in this difficult environment then we made PS4s in that launch. If people are unable to find one at launch, we’re very sorry and apologetic about that.

“They can rest assured we’re working really hard to get significant supplies into the market before and after Christmas.”

“This is going to be a bigger launch [than the PS4]. And I think given the circumstances we’re in, that’s something that we can be quietly proud of.

The PlayStation bigwig also said Sony had been left astounded by the levels of PS5 pre-orders they had witnessed prior to launch.

While it may seem like PS5 consoles are like gold dust right now, the comments from Ryan suggest supply will improve in the coming months.

And there’s another tidbit of information that suggests the PS5 stock situation should improve.

It was previously reported that Sony had targeted selling six million PS5 units by the end of next March.

But the Japanese tech and gaming giant allegedly increased production to 10million units by the end of 2020 having seen the demand for the PS5.

Due to logistical delays, not all of these units could hit shelves and retailers by the close of this year.

But if the reports are true, it means while PS5 stock may be hard to come by at launch the situation should improve in the weeks and months that follow.