Gearbox’s next-gen looter-slasher Godfall may be available on PS4 soon, according to the PEGI rating board.

Godfall was one of the launch titles for the PlayStation 5, although the game also appeared on PC as well through Epic Games Store. Godfall was originally positioned as one of the first truly next-gen titles thanks to its graphics, but it seems it may now be heading for a last-gen platform.

The European video game rating system PEGI has altered the Godfall page to include the PlayStation 4, as spotted by Twisted Voxel. Interestingly, the PEGI rating doesn’t list Godfall ports for Xbox One or Xbox Series X|S as of now, so it seems to still be a PlayStation exclusive regardless of it heading to last-gen. It’s not clear if it’ll ever move to Xbox consoles, but it also wasn’t expected for it to get a last-gen port so it’s not too wild of an idea.

Of course, the PEGI rating doesn’t necessarily mean the game will be released on PS4 after all. PEGI has previously posted listings mistakenly, even posting the release date for this version of the game as April 23, which obviously didn’t happen. Recently the website rated Borderlands 3: Director’s Cut for Nintendo Switch only for 2K Games to dismiss the rumour later, claiming that the shooter won’t be coming to the Nintendo console. 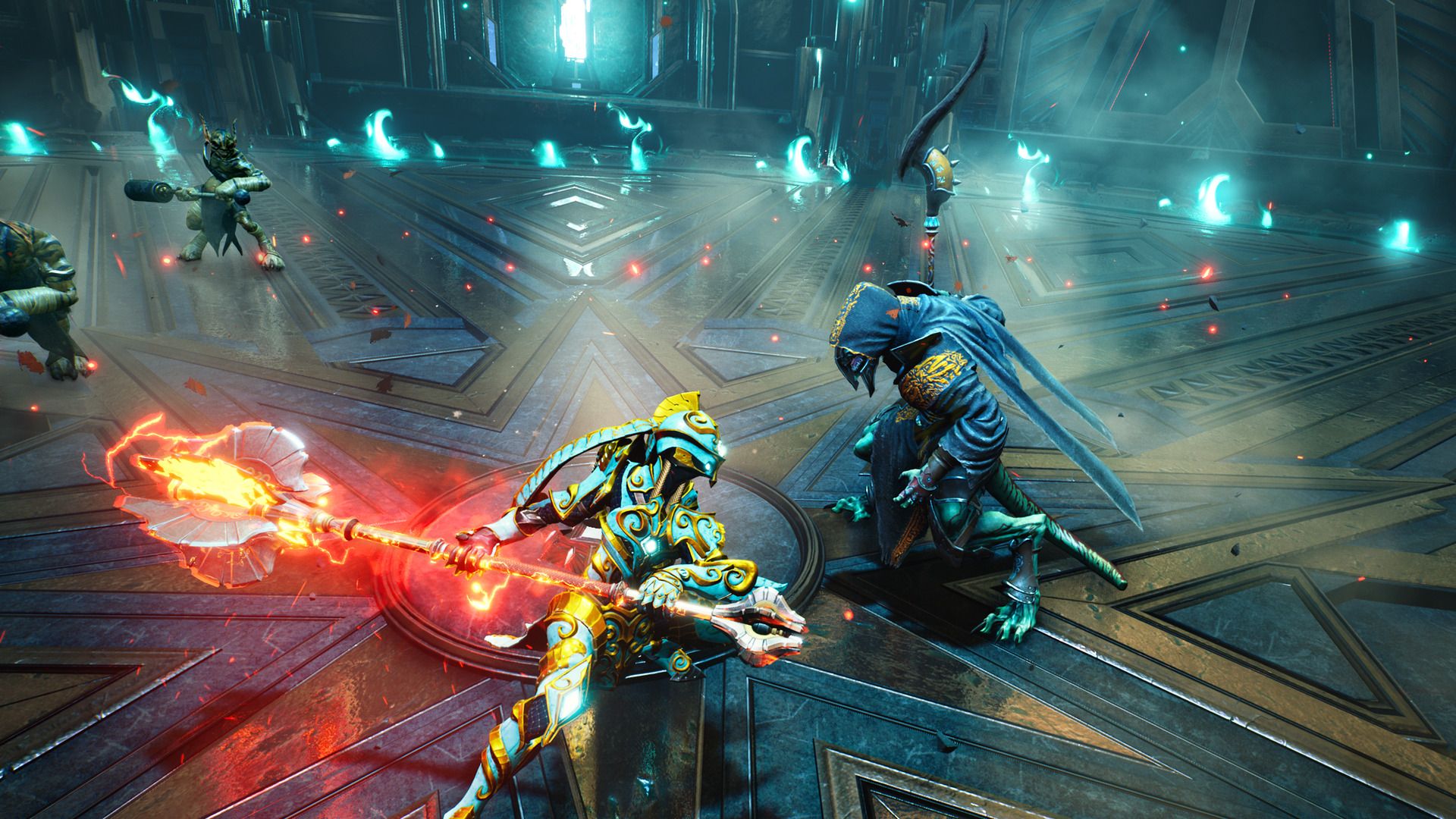 Prior to its release, the developers announced Godfall would be a PS5 console exclusive until May 12, which means that it is possible that will be the day the game will be released on PS4 or any other platforms. If Godfall does make its way to the PlayStation 4, it would likely be receiving a serious downgrade. At the very least, the PS4 will not support 60 fps at 4K resolution, so it will have to be compromised in some regards.

Previously the developers announced the new update for Godfall to bring matchmaking to the game, a feature that many fans had eagerly waited for months. If matchmaking was included in the game as it makes its way to other platforms, we could see some sort of popularity rise for Godfall.