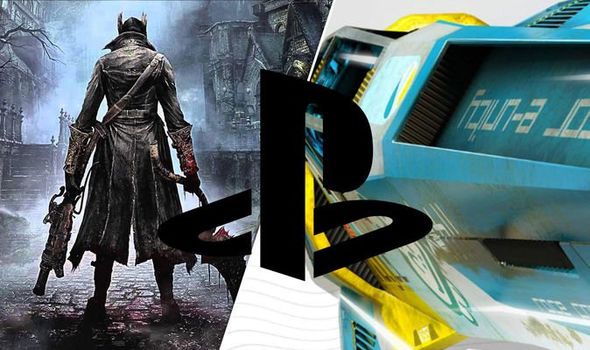 PS5 fans could be treated to a brand new State of Play broadcast shortly. It’s rumoured that the next State of Play could be airing in just over a week’s time, with a stream potentially taking place on Thursday August 19. This PS5 rumour was highlighted by Twitter user @HazzadorGamin, who claimed Bloodborne and Dark Souls makers FromSoftware are making an exclusive game for the PlayStation 5.

But before you get too excited, this new PS5 exclusive is allegedly not Bloodborne 2.

This leak was then highlighted by @Shpeshal_Nick from the XboxEra podcast.

Quoting this tweet the XboxEra co-founder posted: “My rumour mill got ******* again.”

In a later posted Shpeshal_Nick revealed that he was also going to share the FromSoftware news, which he had heard about too.

He posted: “Nah this is about the From PS5 Exclusive. That was my rumour mill for next week.”

Twitter user @Shpeshal_Nick has a strong record when it comes to accuracy, previously leaking Final Fantasy 7 Remake as getting added to a PS Plus line-up earlier this year.

And to avoid getting pipped to the post again, the XboxEra Podcast co-host revealed one tantalising thing he heard through the grapevine.

It looks like a new entry in iconic futuristic racing series Wipeout could be heading to the PS5 and PSVR 2.

Shpeshal_Nick posted: “Don’t wanna get scooped again. Been told Wipeout is coming back. Planned to be a VR2/PS5 title. Most likely an XDEV project. Still early in the project.”

As always with rumours, it’s best to take it with a pinch of salt until official confirmation.

Elsewhere, it’s also been claimed Sony could have two State of Play broadcasts in the works.

This is according to Roberto Serrano, who correctly revealed the re-arranged date for last year’s PS5 reveal event.

It’s been claimed a half hour State of Play could happen in August with the main event – an hour long showcase – taking place in September.

Serrano previously tweeted: “So, the big PlayStation event (around 1hr long) may have been moved from August 12nd to September leaving a little State of Play (less than 30 min) on August 12nd, or the other way around.

“Surprises around the corner, however.