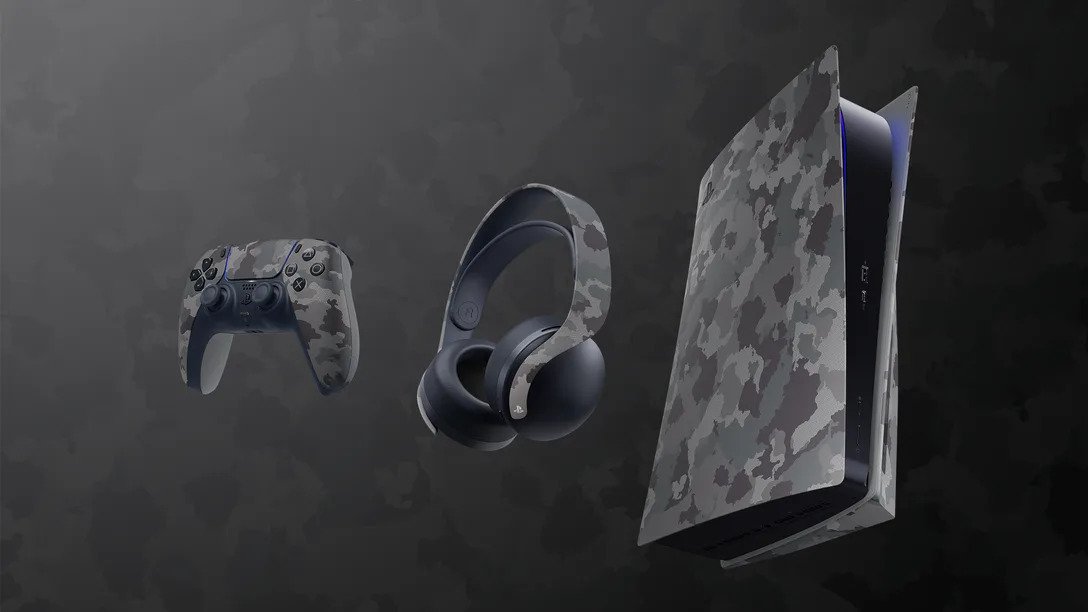 The PS5 is not exactly the most inconspicuous of consoles but if you want to make it stand out more then camouflage may be the way to go.

It may have been almost impossible to buy when it first launched, nearly two years ago now, but one of the primary obsessions with the PlayStation 5, once people actually got hold of one, was changing its colour.

There was such demand for black faceplates that they were even harder to obtain than the console itself. Sony subsequently started making official equivalents and now they’ve got a new range with… a grey camouflage design.

It’s not going to work as actual camouflage in many people’s front rooms, but Sony has augmented the pattern with PlayStation shapes that you can just make out in these photos.

As well as covers for both console editions, with and without a disc drive, there’s also a special edition version of the DualSense controller and Pulse3D headset featuring the same pattern.

Pre-orders will begin September 15, with a global launch planned for October 14, for everything but the headset – which won’t be out until sometime in December.

Those dates may vary outside of the US though (where we spell grey with an ‘e’) and for those in the UK and Western Europe the best bet on getting hold of them is directly from Sony.

There doesn’t seem to be any specific reason for the grey camouflage design, which isn’t a tie-in to any particular game, but it’s random enough that it implies plenty more designs will be on their way next year.

However, Sony is still yet to offer much in the way of special edition consoles, no doubt because of the continued scarcity. So for now, covers such as this are the only official way to customise your PlayStation 5.