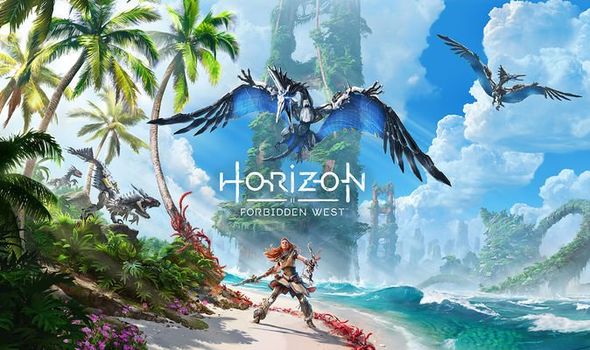 Horizon Forbidden West is the latest game to get the Sony State of Play treatment.

The next big State of Play broadcast will take place on May 27 at 10pm BST for fans living in the UK.

It will be preceded by a State of Play pre-show, which offers a “uniquely crafted countdown towards the main State of Play event”.

According to Sony, the State of Play event will focus primarily on Horizon Forbidden West, so don’t expect any additional game reveals.

It will feature around 14 minutes of new gameplay, which is captured on PS5 consoles. Fans can expect a release date to be announced at its conclusion.

“During this State of Play, we will debut the Horizon Forbidden West gameplay reveal!” reads a Sony post.

“In this 20-minute exclusive segment, you’ll be seeing about 14 minutes of brand new in-game action featuring our heroic protagonist Aloy, all captured directly on PlayStation 5.

“This reveal has been a true team effort and we’re very excited to show you what we have in store.

“Whether you’ve been with us and Aloy since Horizon Zero Dawn or are only just getting to know this incredible world, we want to share this huge milestone with you and cannot wait to see your favoUrite moments and reactions.” 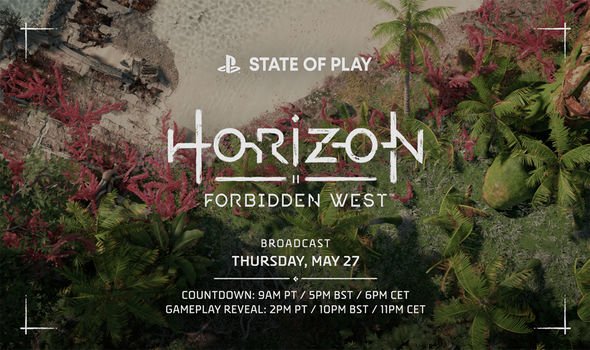 As a reminder, Horizon Forbidden West is coming to PlayStation 5 and PS4. The game is expected to launch in 2021.

The sequel to Horizon Zero Dawn takes place in a huge open world, and once again features Aloy in a leading role.

“Join Aloy as she braves the Forbidden West – a majestic but dangerous frontier that conceals mysterious new threats.

According to the official description, the new game will contain a selection of “lush forests, sunken cities and towering mountains of a far-future America”.

“The land is dying. Vicious storms and an unstoppable blight ravage the scattered remnants of humanity, while fearsome new machines prowl their borders.

“Life on Earth is hurtling towards another extinction, and no one knows why.