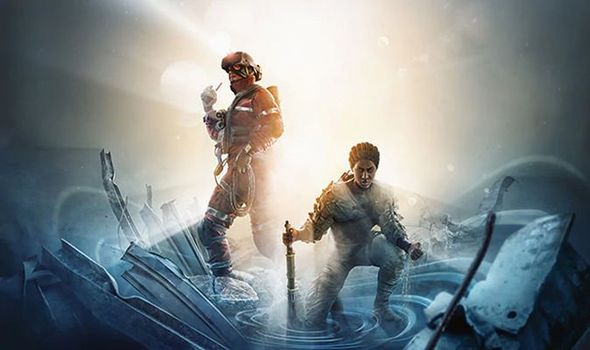 It sounds like the Rainbow Six Siege Steel Wave update is releasing this week across all platforms. A new Twitter post from Ubisoft has hinted at as much, although no set release date has been shared yet. Operation Steel Wave is promising to be the next ambitious update from Ubisoft for its long-running team shooter. Plenty of information has been shared about the expansion, including the news of the two new operators coming to the game that will boast unique abilities.

Ubisoft has also promised a new map rework, as well as new gadgets to help keep the meta fresh in the coming months.

Speaking of these new changes, Ubisoft shared in a recent Twitter post that Operation Steel Wave would be coming soon to all platforms.

“How will you breach into the new and improved House? Operation Steel Wave launches soon,” Ubisoft posted on Saturday, June 13.

More news regarding the upcoming expansion could be shared during the PC Gaming Show today (June 13), or later this week.

Looking at previous content updates, we would expect the new Rainbow Six Siege Operation to arrive the week of June 16, 2020.

But fans will need to keep an eye on the Rainbow Six Siege social media channels in the days ahead, as the current world situation has already led to delays.

We already know that Ace and Melusi will be the next Operators to be added to the R6 roster.

They will be available to those gamers who have bought the latest R6 Pass first, with exclusivity usually lasting around a week.

A message from Ubisoft covering the new Operators and the change to House explains: “Prepare for the unexpected, because Operation Steel Wave is full of novelties!

“New Operators arrive, with gadgets that are sure to change the flow of every match they participate in. A new NIGHTHAVEN recruit, Ace, swoops in to join the Attackers, while the Defenders gain a new teammate in Melusi, an Inkaba Task Force ranger.

“The first item we need to discuss is the size of the house itself. With this rework, not only have some of the existing areas been made bigger, but we also added an entirely new section on the South side, with two rooms on each floor and a staircase to connect them.

“With this new space, everyone will have more space to move and breathe, but we were also able to add a new Bomb site in TV Room and Music Room.

“Many other areas have changed, but three required special attention. Firstly, Garage has been revamped, with only one of its doors being destructible and a new barricade being added to give a different access option, while still making a Defuser plant harder.

“Secondly, what was once Workshop is now a finished Girls’ Room with an attached walk-in closet. Thirdly, lines of sight have been reduced on the North side of the building, with the main door being blocked off and the shuttered window replaced with a hallway.”

More news regarding the next Rainbow Six Siege update is expected to be announced in the coming days from Ubisoft on its official social channels.