2020’s Resident Evil 3 remake has been much maligned for cutting out key areas from the PlayStation original, but this criticism often ignores what RE3 brings to the table. Along with greatly fleshing out the story (and giving Jill an actual character arc), Raccoon City has been redesigned to play off Resident Evil 3’s inherent penchant for action. More importantly, Carlos’ gameplay sections add some much needed survival horror into the experience – something fans forget was already missing in the PS1 release.

Raccoon City’s Hospital is far scarier in the Resident Evil 3 remake than it was originally, but not without compromising the action. After clearing out the Hospital as Carlos, Resident Evil 3 pits players against a horde of zombies that’s very reminiscent of RE4’s cabin battle. Players will need to juggle zombies carefully to survive, all while fighting off the sheer tension of being surrounded on all sides. 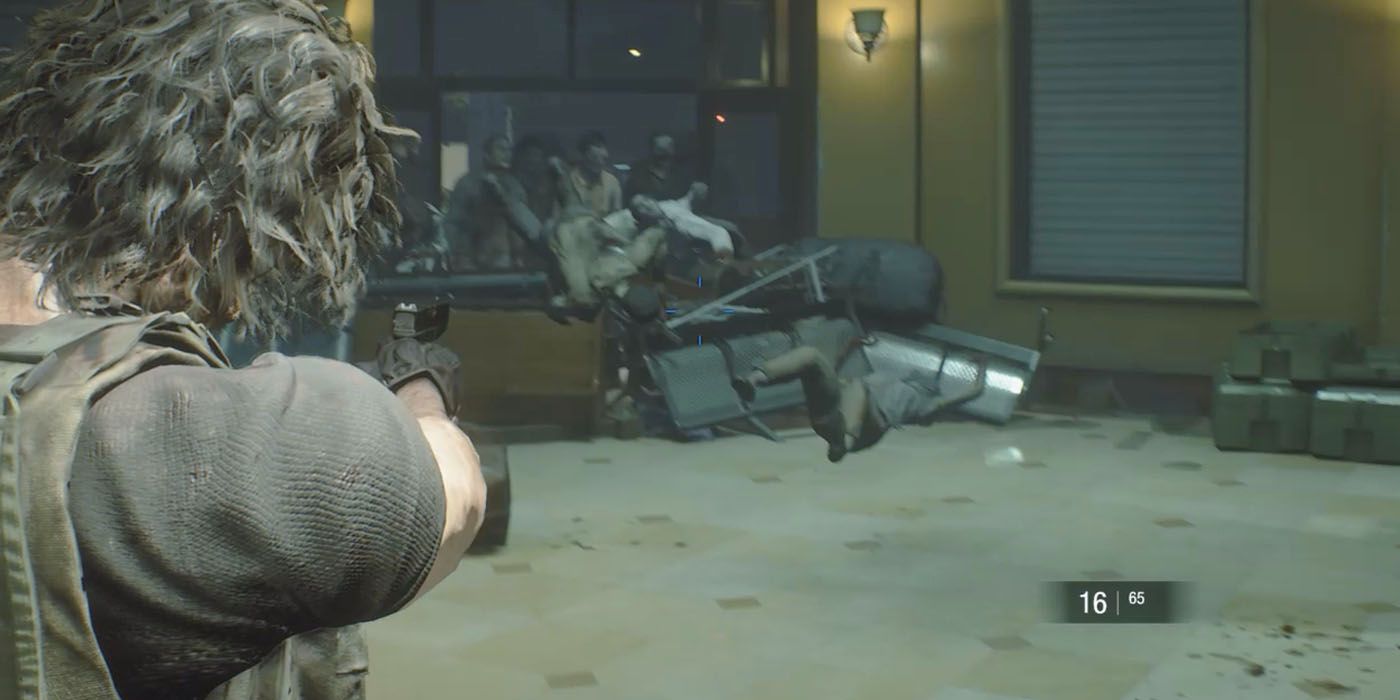 Since the zombie horde serves as Carlos’ last bit of gameplay in Resident Evil 3, it goes without saying you’ll be at the end of your resources. The Hunters throughout the Hospital are bound to have cut through Carlos’ ammunition and healing items, so make sure you bring absolutely everything you can carry.

Along with a free First Aid Spray before the horde starts, the following items can actually be found in the Lobby where the action takes place (although not everything is available right away):

If you’re low on items, make sure that grabbing all the ammo and First Aid Spray is the very first thing you do. Otherwise, hunker down somewhere you can see the Makeshift Sickroom while being able to spot any surrounding zombies. 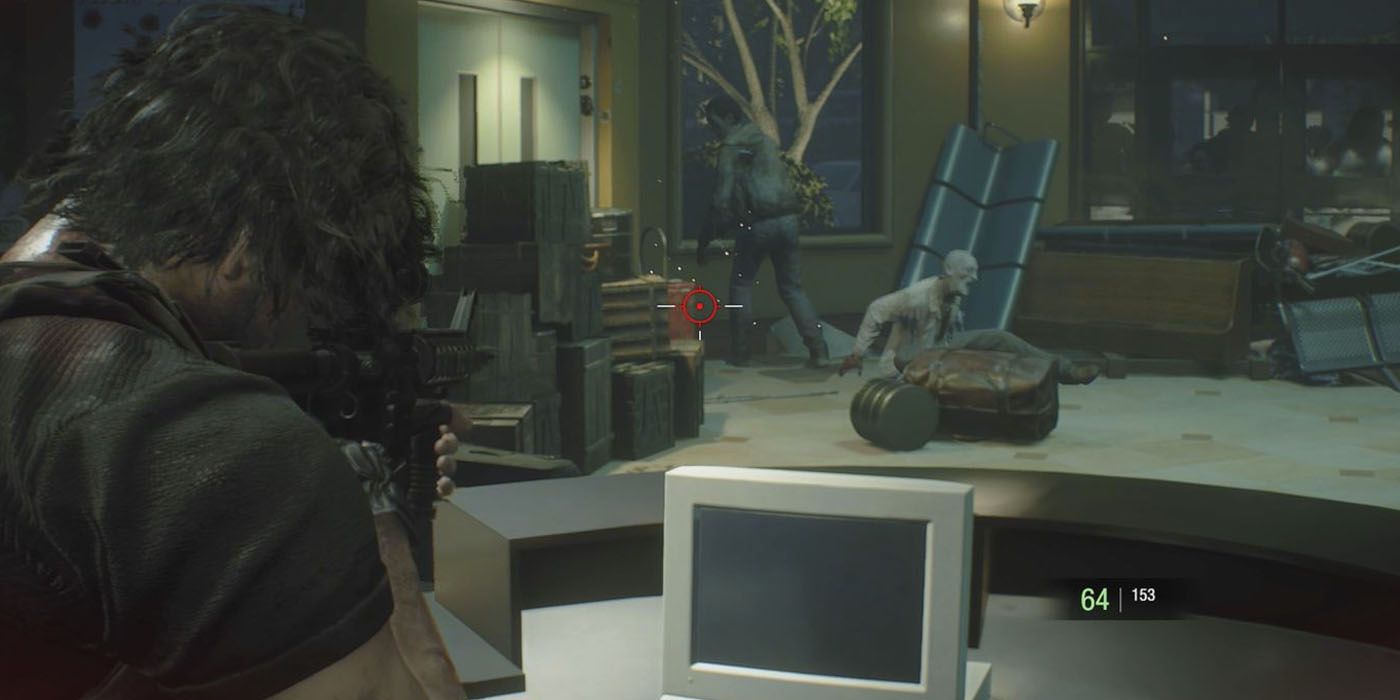 The goal of the zombie horde is to keep zombies away from the Makeshift Sickroom. Carlos will have propped most of the Hospital’s furniture up against the room, which the zombies will try to break down as they make their way to Jill. Keep your attention on the room, but don’t neglect the several windows in the lobby zombies will be entering from.

Zombies are slow enough and there are several electrical generators strewn about that you can shoot for easy stuns, but it’s not hard to get overwhelmed. Get distracted even for a second and it can be over for Carlos or Jill. The early waves are mainly about keeping the zombies away from the Makeshift Sickroom and killing them as they come in. After enough time, the power in the Hospital will go out. 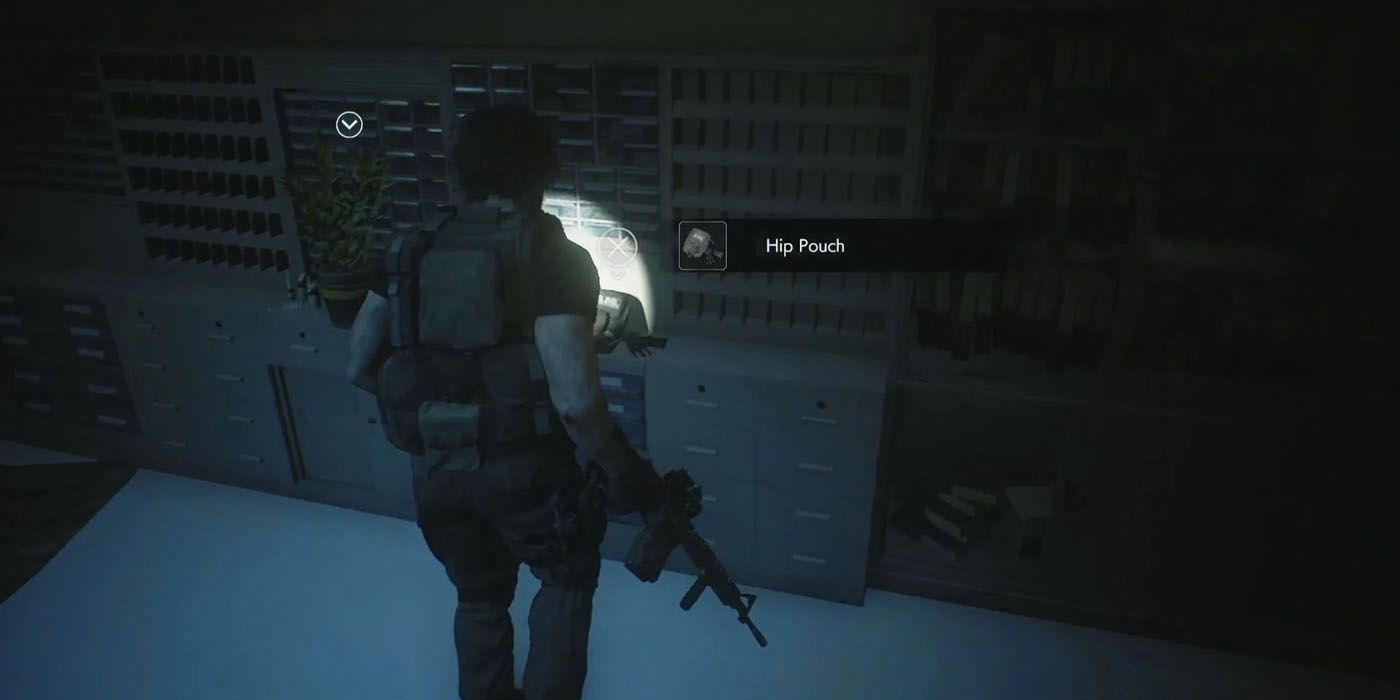 As the blackout happens, even more enemies will start spawning. A Hunter will ambush Carlos from the Back Office, so be ready to kill it fast. Likewise, head into the Back Office and kill the zombie inside so you can find a Green Herb, 2 Flash Grenades, 3 Hand Grenades, and a Hip Pouch. If you’re low on ammo by this point, make sure you plunder the Back Room ASAP.

Don’t dwell too long, though, because the zombies will be making their way to the Makeshift Sickroom. Kill any trying to fight their way to Jill, shoot the electrical generators if necessary, and hold your ground throughout the blackout. The fun doesn’t end once the power’s back on, however. After the lights come back up, yet another Hunter will ambush Carlos from the Back Room. Not just that, parasite zombies will start spawning in the general vicinity.

While zombies can be taken out with virtually any weapon, you want to make sure to kill the Hunters and parasite zombies ASAP. Drop your Hand Grenade to kill the Hunter and fire away at the parasite zombie from afar. Drop its legs if you need to, if only to buy some extra time. If you haven’t already, grab the Detonator in the middle of the lobby and fight off enemies until the zombies break down the Lobby entrance. 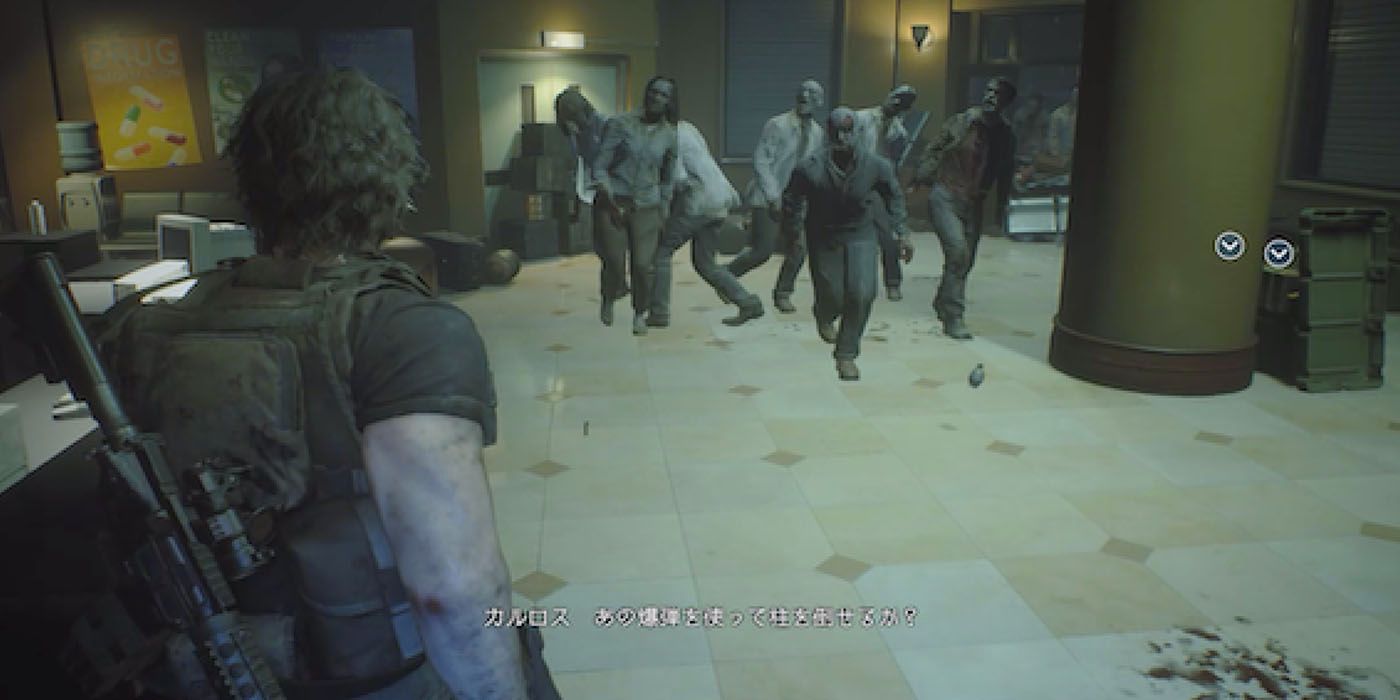 Once the zombies swarm their way into the Hospital fully, you’ll need to attach the Detonator to a nearby pillar and survive while the timer counts down. There will be more ammo and healing items to pick up as alluded to, but otherwise you won’t be playing as Carlos again so just focus on staying alive.

After enough time, the Detonator will go off and the pillar will crash into the Hospital’s front doors. All the zombies outside will be locked out and Jill will no longer be in danger. After a few cutscenes, control returns to Jill as Resident Evil 3 amps up for its grand finale.

Next: Resident Evil 3: How To Open The RPD Lockers As Carlos 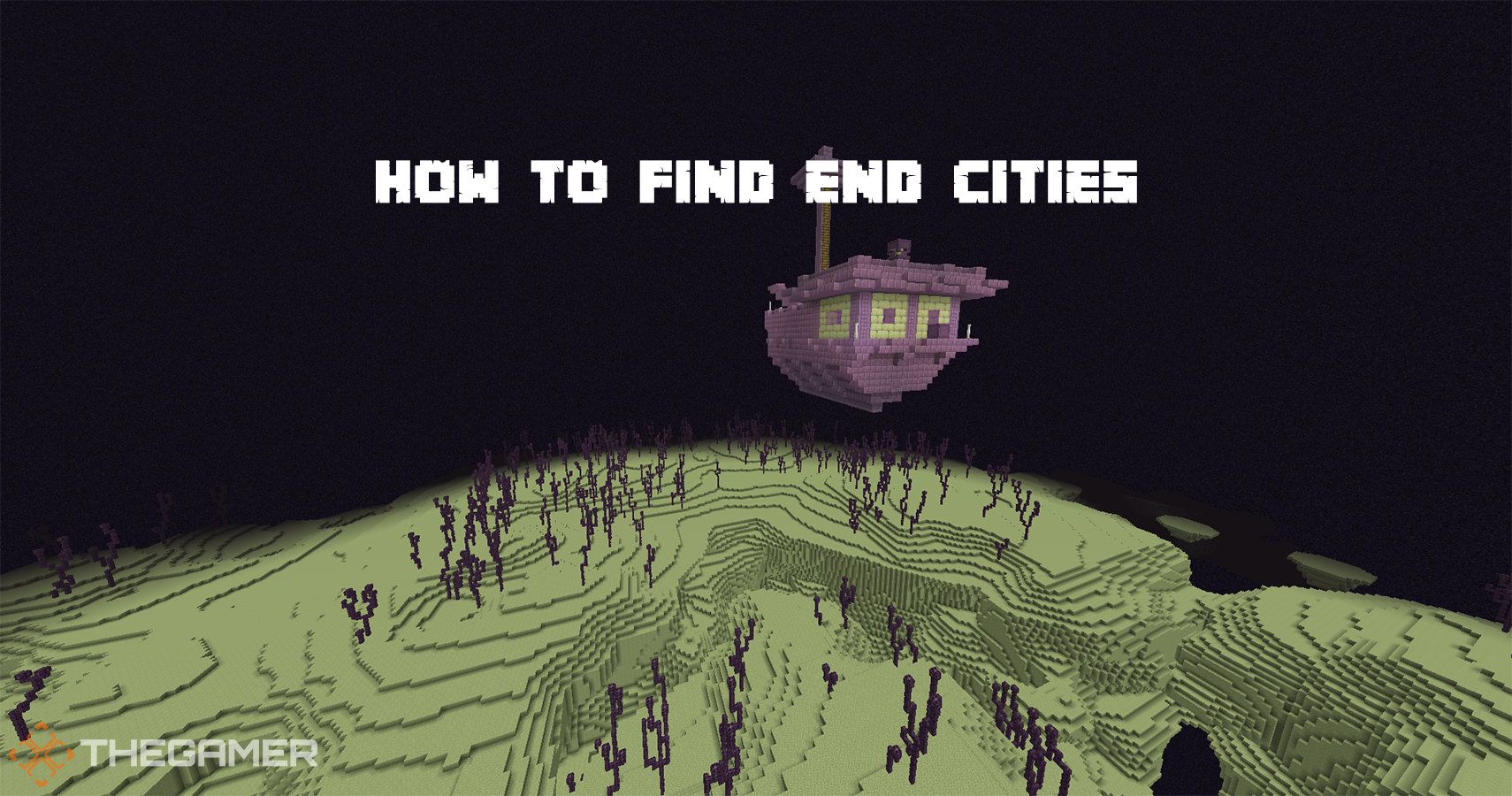