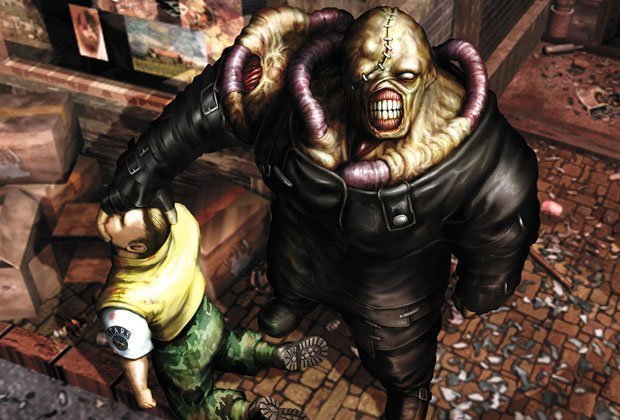 “The series will be kinda “unofficially” almost annual for the next few years, though of course as game development goes anything could be delayed,” says AestheticGamer.

“For example, RE8 got a bit delayed and I can say to you now that you shouldn’t expect it until next-gen is on the table. What is on the table is REmake 3, but REmake 3 is…Not what a lot of people are probably going to expect.

“It’s not being made by the same team that made REmake 2, in fact it’s not even being internally developed by Capcom Division 1 at all. Who is developing it is very interesting, but for another day, it’ll be coming about a lot sooner than people probably are expecting.”

Of course, Capcom has not stated anything official about either project so as ever with rumours, take this with a huge handful of salt for now.

Previously, Resident Evil 2 Remake producer Yoshiaki Hirabayashi explained in an interview with GameWatch why they decided to remake Resi 2 – and noted what may happen with Resi 3.

In the interview, Hirabayashi commented Resident Evil 2 was remade only because fans kept telling Capcom they wanted a remake.

He was asked if there was a possibility of making Resident Evil 3 again, because the second and third instalments of the game were supplementary titles released a year apart from each other.

They take place in the same city, using many of the same elements, so it would make sense to reuse a lot of the work that’s been put into the Resident Evil 2 Remake to also release an up to date version of Nemesis.

This meant that if fans really enjoyed the latest remake, and voice those opinions, it’s a good indicator.

In other words – if you want a remake of Resident Evil 3: Nemesis, shout up and get your voices heard!

Resident Evil 3 Nemesis – What is it?

The original Nemesis game was developed by Capcom and released in 1999 for the PlayStation. It’s a bit of a cult hit. Not as popular of Resi 2 for obvious reasons, but beloved by fans. Especially for the Nemesis character who is hunting members of the Racoon City S.T.A.R.S police team.

As we’ve alluded to, it would make sense to release another remake of Nemesis, not just because it’s so uniquely twinned to Resi 2, with the story taking place mere hours before and after the adventures of Leon and Claire.

But also, as we mention, a lot of the Racoon City locations, such as the police station, have already been created.

For those who don’t remember, the storyline follows Jill Valentine (from the original Resident Evil game) in her bid to escape from the city whilst also being chased down by the Nemesis tyrant.