Unlike its immediate predecessors, Resident Evil 7 is a return to form for the survival horror franchise. Where Resident Evil 4, 5, and 6 are ostenbily all action games with horror flourishing (to varying degrees of success), Resident Evil 7 is pure horror from start to finish. The first person camera might seem like a reinvention of the series’ gameplay loop, but it’s more a recontextualization – Resident Evil’s means of keeping itself frightening and fresh in a modern age. At the same time, this doesn’t mean RE7 strays away from the series’ penchant for combat.

Although Resident Evil 7 primarily centers itself around exploration and puzzle solving, there’s a fair bit of action to get through. By the endgame, Resident Evil 7 even indulges in some chaos to give audiences a sense of catharsis after being at the mercy of the Baker family for most of the game. Even before the finale, however, Resident Evil 7 dishes out enough action to keep gameplay engaging without turning Ethan into a walking armory.

What helps this pacing more than anything is how slowly weapons are doled out. Resident Evil 7 takes its sweet time giving players a fighting chance, but Ethan can always repair the Shotgun for some early help. Unlockable before players truly finally on from the Main House, the Broken Shotgun has the potential to be one of Resident Evil 7’s best weapons – turning an otherwise challenging playthrough into a comparative breeze. Even better, anyone who misses their opportunity to repair their Shotgun the first time around can always loop back later to try again. 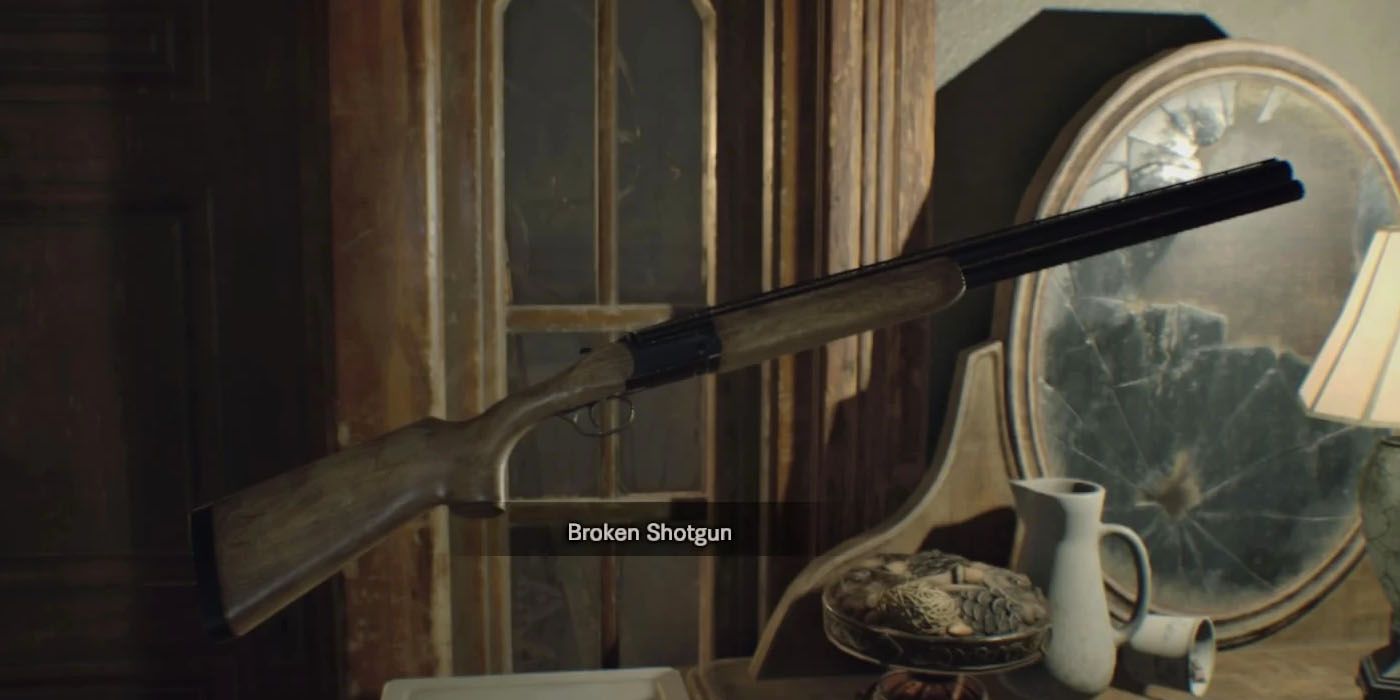 Before Ethan can find the Broken Shotgun, he needs to get his hands on the Scorpion Key. In typical Resident Evil fashion, the Baker House is littered with locked doors that can only be opened with distinct keys. The Scorpion Key can be found in the Meat Storage portion of the Processing Area below the Baker House.

The Scorpion Key can be easily found inside a mutilated lump of flesh, which Ethan will dig it out of. Be careful, though, since a Molded spawns inside of the Tool Storage room as soon as the Scorpion Key has been grabbed. From here, head back up to the Main House and go up to the second floor.

The Scorpion Key can be used to unlock the door into Grandma’s Room, which is attached right next to the Recreation Room. Simply grab the Broken Shotgun inside. For anyone who wants to use a weaker Shotgun until they repair the broken one, head back down to the Main House foyer and enter the Shotgun room. Pick up the fixed Shotgun from its pressure weight, place the Broken Shotgun down, and head on out. This process can later be repeated to swap Shotguns. 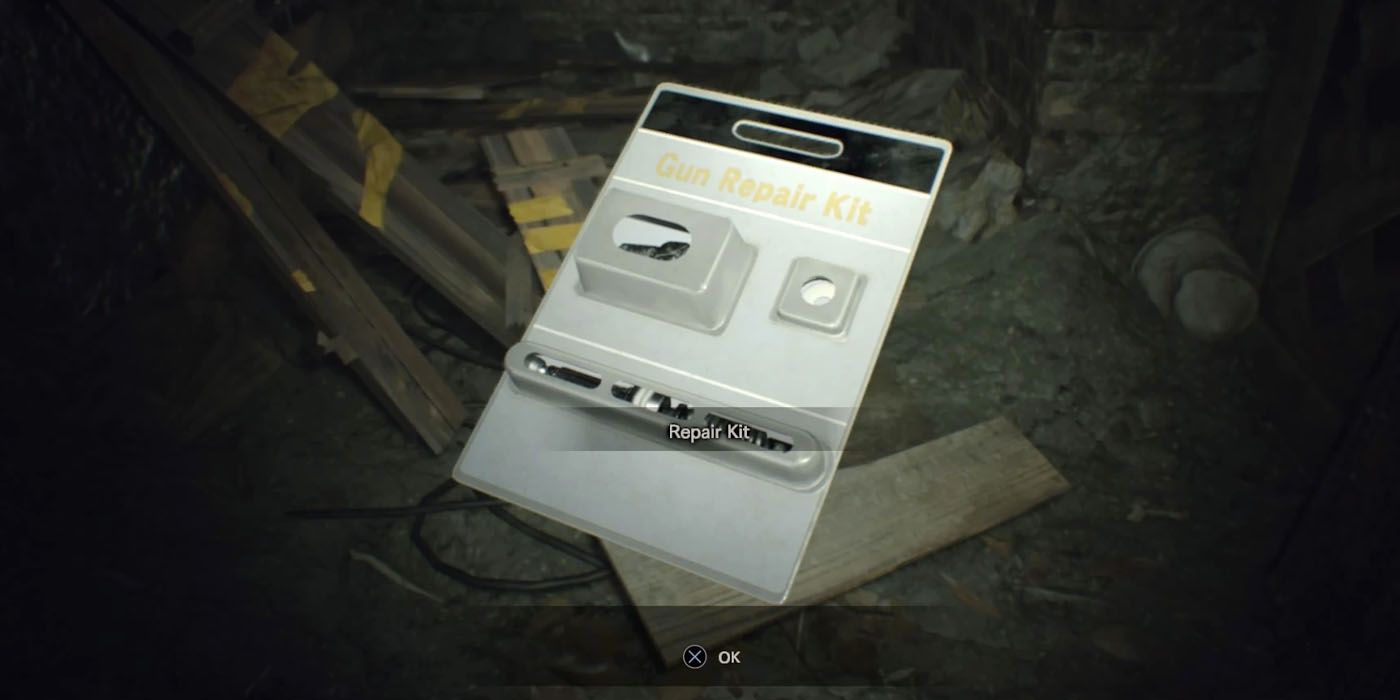 There are only two Repair Kits in Resident Evil 7 and both of them are impeccably well hidden. Most Mr. Everywhere Bobbleheads aren’t as tucked away as the Repair Kits, but it makes sense: both the Broken Handgun and Broken Shotgun become extremely powerful weapons when repaired, so it makes sense that Repair Kits would be something players need to earn through exploration.

After finding all three Dog Heads and unlocking the Main House’s exit, head on out to the Yard. There are no enemies here, but there are numerous items to find strewn about. To grab the Repair Kit specifically, head down the Main House chairs, examine the porch, and interact with the sheet metal to get underneath the house. Break the crate inside and the Repair Kit will be yours.

To repair the Broken Shotgun, just combine the Repair Kit with the weapon and it’ll become the M21 Shotgun – one of the strongest weapons in the game. While the M21 carries less ammo at any given time than its alternative, it does an obscene amount of damage and will drop most enemies at point blank range. For anyone who wants access to both Shotguns without constantly visiting the Main House, it’s time to find the Model Shotgun. 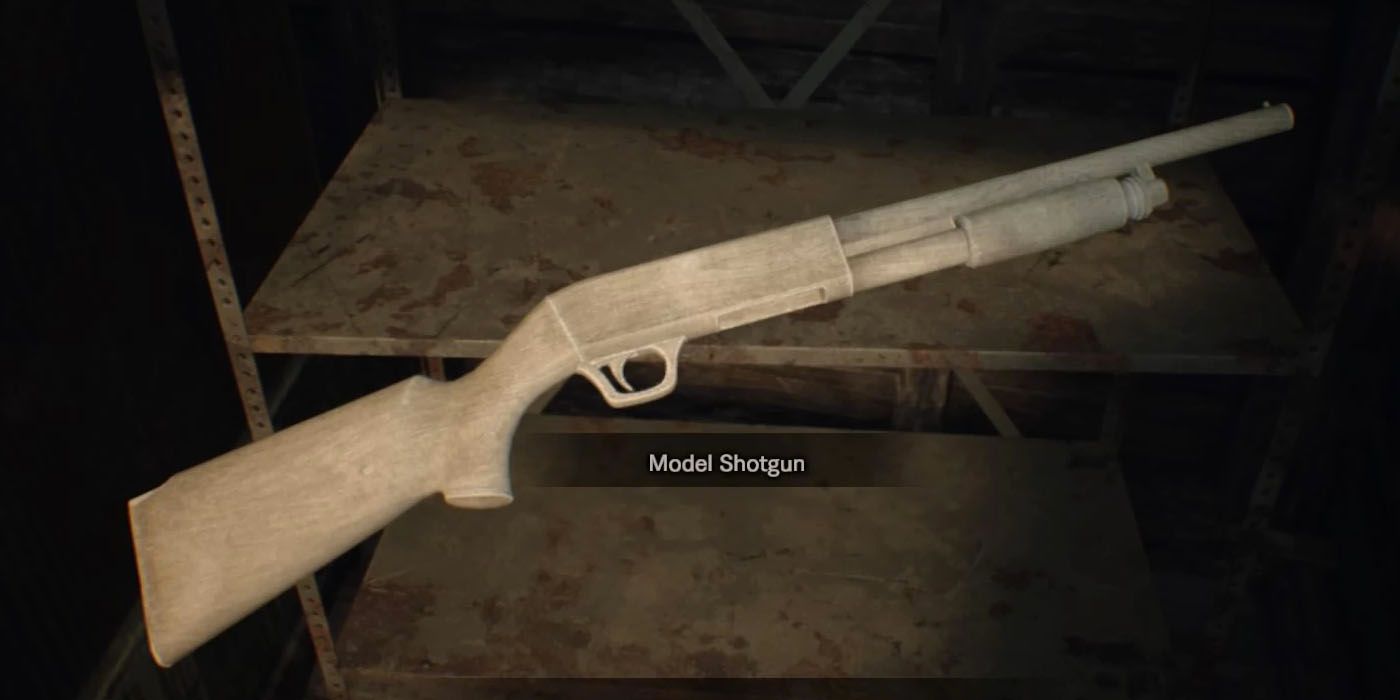 The Model Shotgun isn’t found until much later in the game, but players will need to run into it as part of the main story. A seemingly useful item found inside the Main House Attic, the Model Shotgun’s sole purpose is to serve as a paper weight inside the Shotgun room so players can realistically keep both Shotguns on-hand.

Once the Model Shotgun has been obtained, head back to the Shotgun room, drop it off, and revel in having two Shotguns to choose from. While the M21 is undeniably stronger, the added ammo cap from the M37 is useful during tense encounters with multiple Models. It also helps being able to swap between two different Shotguns when one runs out of ammo instead of standing around to reload. 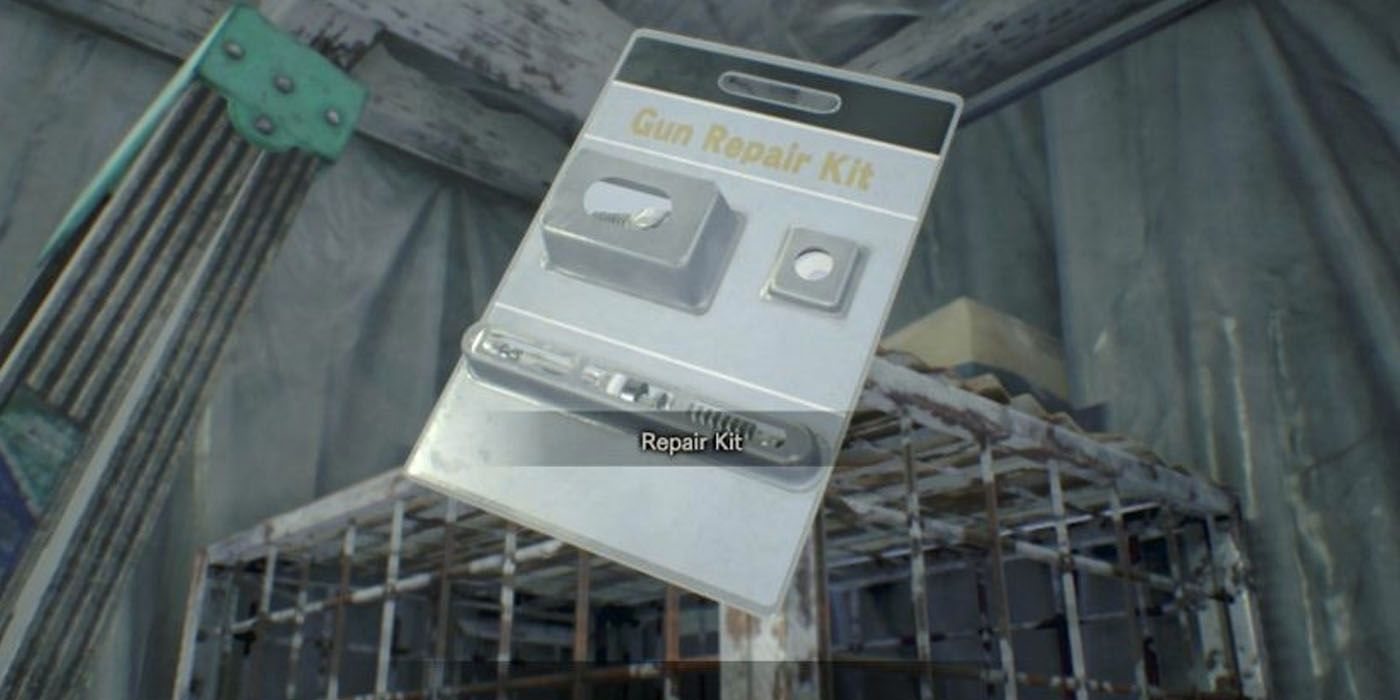 Resident Evil 7 features a series of treasure hunting side quests where Ethan can only interact with certain objects after he finds a photo that gives him a hint in-universe. To find the second Repair Kit, head up to the Master Bedroom and cut into the Storage Room. Examine the mannequin head in the corner and Ethan will pick up the Second Repair Kit. If the Broken Shotgun hasn’t already been repaired, reward yourself with the M21. Otherwise, repair the Broken Handgun that’s been sitting in the Item Box since before the halfway point.

Next: Resident Evil 7: 10 Mistakes Most Players Make On Their First Playthrough 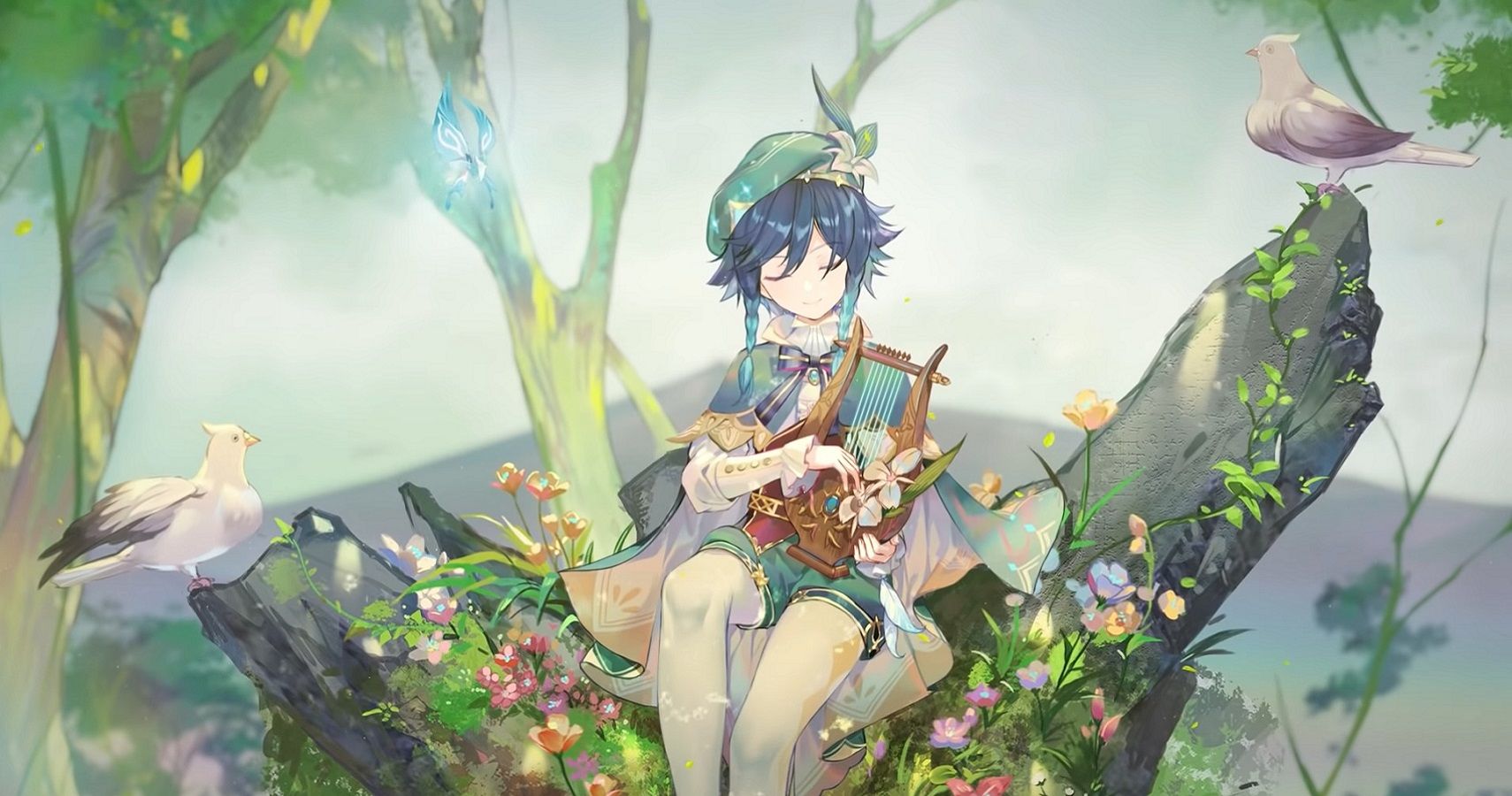