The Baker estate is Resident Evil 7’s main setting, a sprawling abode in the heart of Louisiana bordering on condemned. Most of Resident Evil 7 takes place on the Baker property, with Ethan’s main goal being to save his wife and make it out alive. In typical Resident Evil fashion, however, the game doesn’t end when players finally make it out of the Baker family’s home.

After dealing with Jack one last time at the Boathouse, Ethan finds himself captured by Eveline on a Wrecked Ship. Perspective and control shifts over to his wife, Mia, instead. While swapping characters isn’t new to Resident Evil (or even Resident Evil 7), Mia has an extended role in the Wrecked Ship that has audiences playing as her for a while.

Putting Mia in the spotlight, Resident Evil 7 tasks players with repairing the Wrecked Ship’s elevator to rescue Ethan. Mia’s gameplay is set in a tense environment with even less weapons than Ethan, leading to some of the best survival horror content in Resident Evil 7. 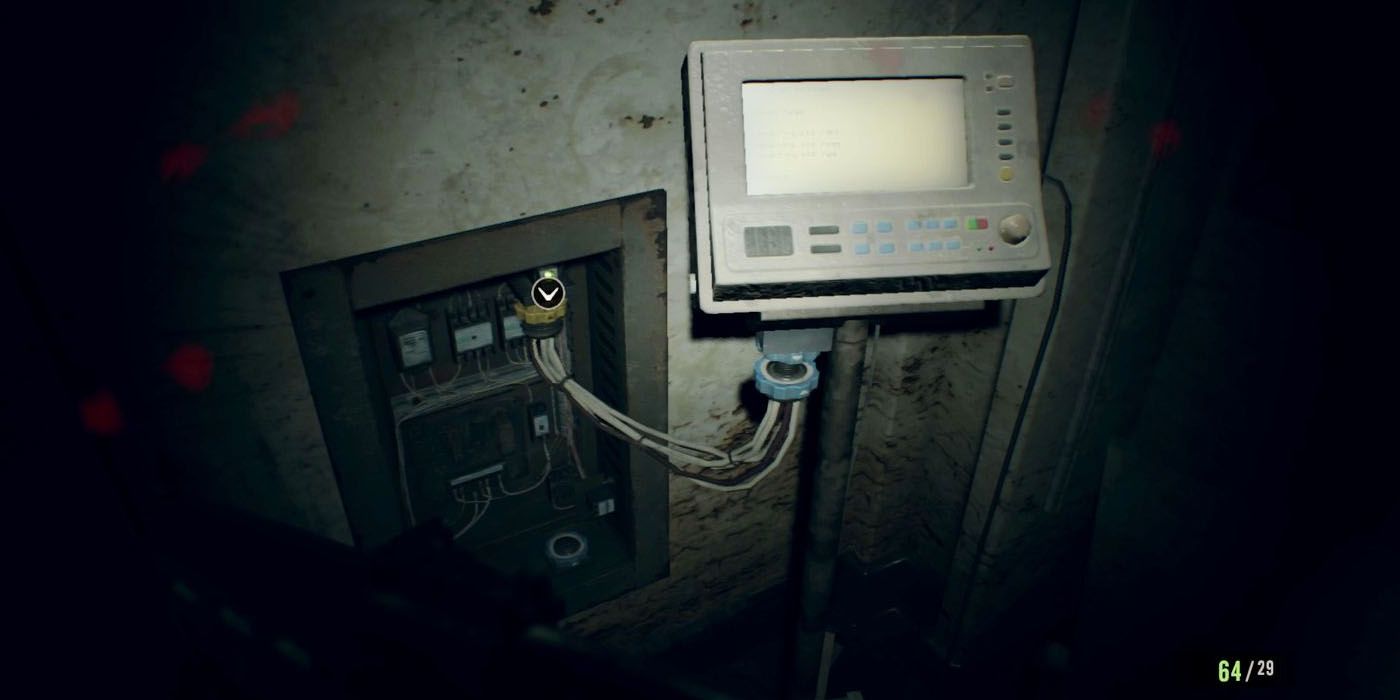 The elevator inside the Wrecked Ship is broken when Mia begins her search for Ethan, requiring her to repair it back up for use. The Cable for the elevator can be found on the third floor of the Sick Bay, which players will pass through naturally while making their way to the main hub of the Wrecked Ship.

The Power Cable is attached to a monitor in the corner of the room. Rather than simply examining the item to put it in her inventory, Mia has to uncork both sides of the Cable to grab it. Before Mia can fully unhook the Cable, a Fat Molded will spawn and attack her from behind. Players should already have the Machine Gun by now, but it’s safest to take out the Fat Molded with Remote Bombs.

Either place Remote Bombs in the vicinity of the Fat Molded’s path or on their body outright. Make sure to run away before detonating as the blast can damage Mia if she’s too close. 2 to 3 Remote Bomb blasts should take down the Fat Molded, allowing Mia to finally grab the Cable and move on to the Fuse. 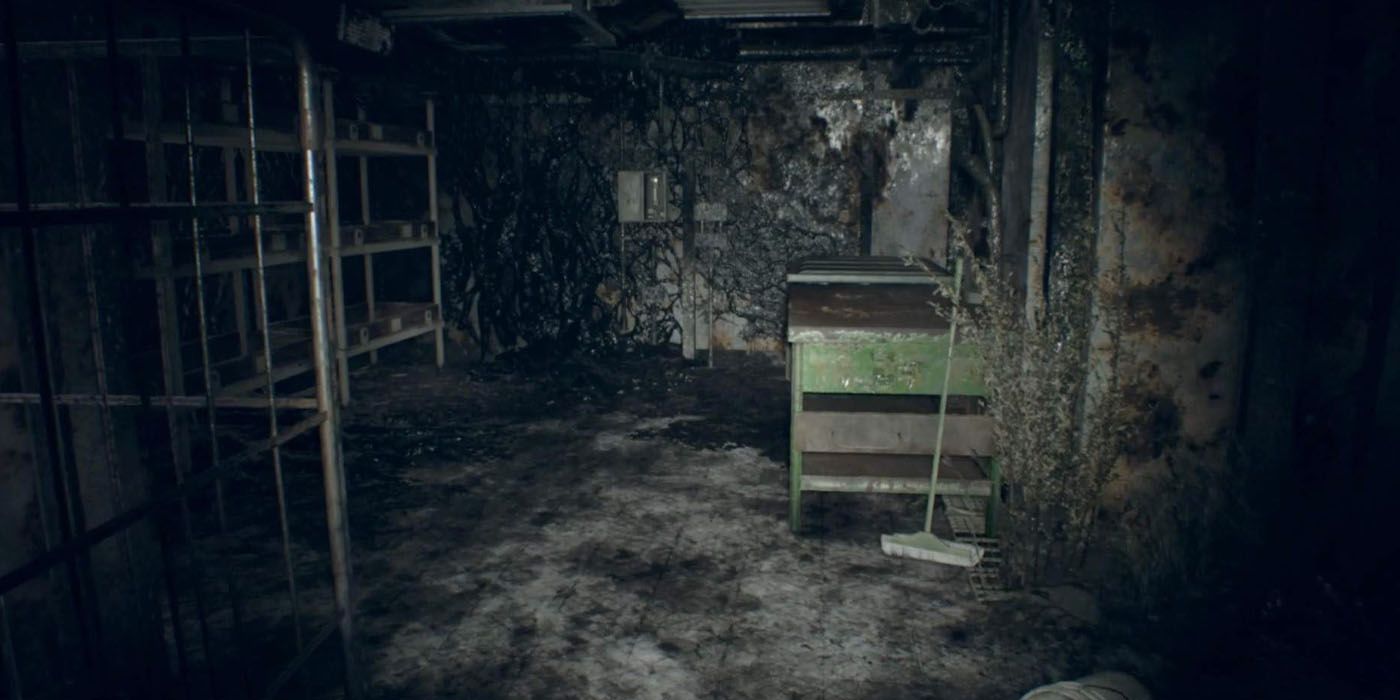 Mia can now attach the Power Cable to the elevator, but she still can’t power it on until she grabs the Fuse. The Fuse was previously seen during Mia’s flashback in the Wrecked Ship. From the broken down elevator, climb down onto the first floor which has now been fully infected with Mold. The General Purpose Fuse is inside of a power box inside of the Laundry Room.

There’s a Molded inside so be careful grabbing the Fuse. Kill the Molded, grab the Fuse, and leave the Laundry Room. Before heading back to the Elevator, however, it’s worth exploring the rest of the first floor. Use a Corrosive to burn down the lock leading into the Recreation Room to find a Backpack (offering Mia more inventory space), some Remote Bombs, and another Corrosive before moving on. 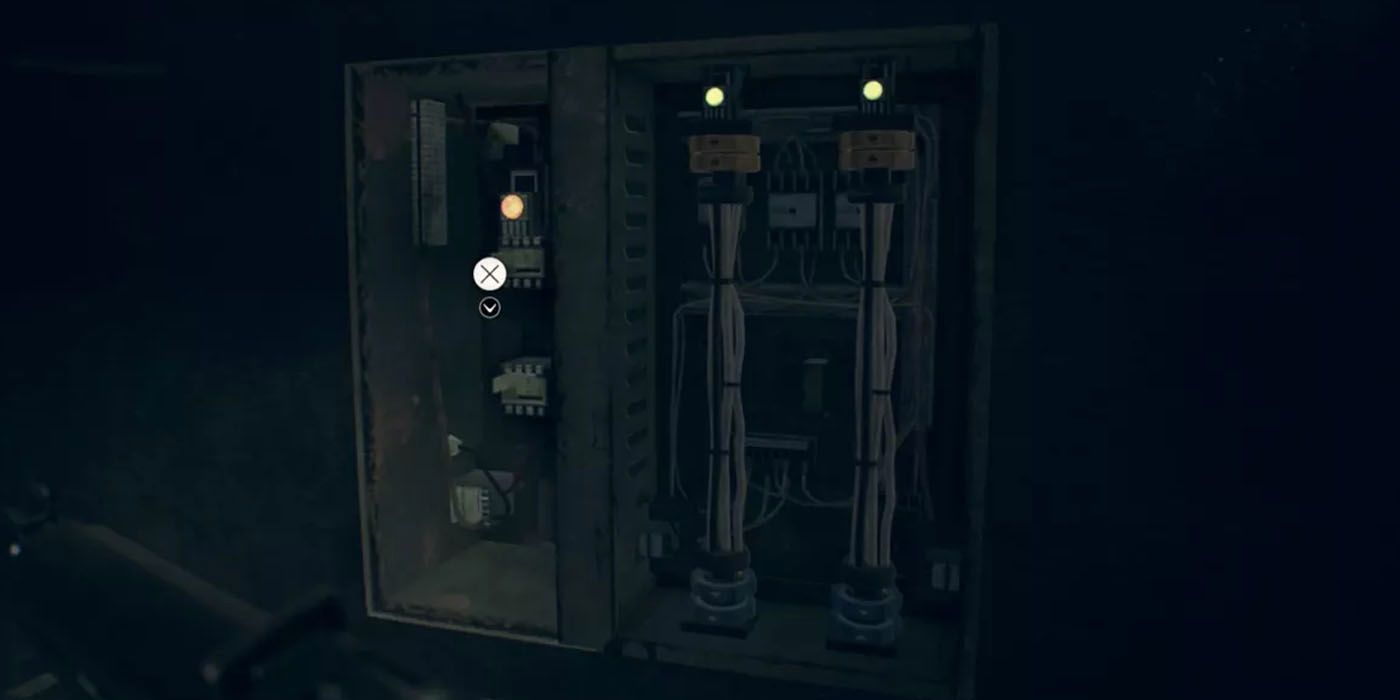 Now that Mia’s obtained the General Purpose Fuse, it’s time to run back to the elevator and finally rescue Ethan. Attach the Fuse to the elevator power box and Mia will finally be able to take the elevator down to S2. Doing so will pit her against quite a few Molded, however, so make sure to save and arrange your inventory accordingly.

Make sure Mia has her Machine Gun, the Handgun from the Maintenance Room on the first floor, Remote Bombs, and at least two First Aid Med. Worth keeping in mind is that Ethan actually inherits Mia’s equipment when control swaps back to him, so it’s advisable not to go too gung-ho. At the same time, the path to Ethan is littered with enemies so that might not be an option.

Fighting Your Way To Ethan 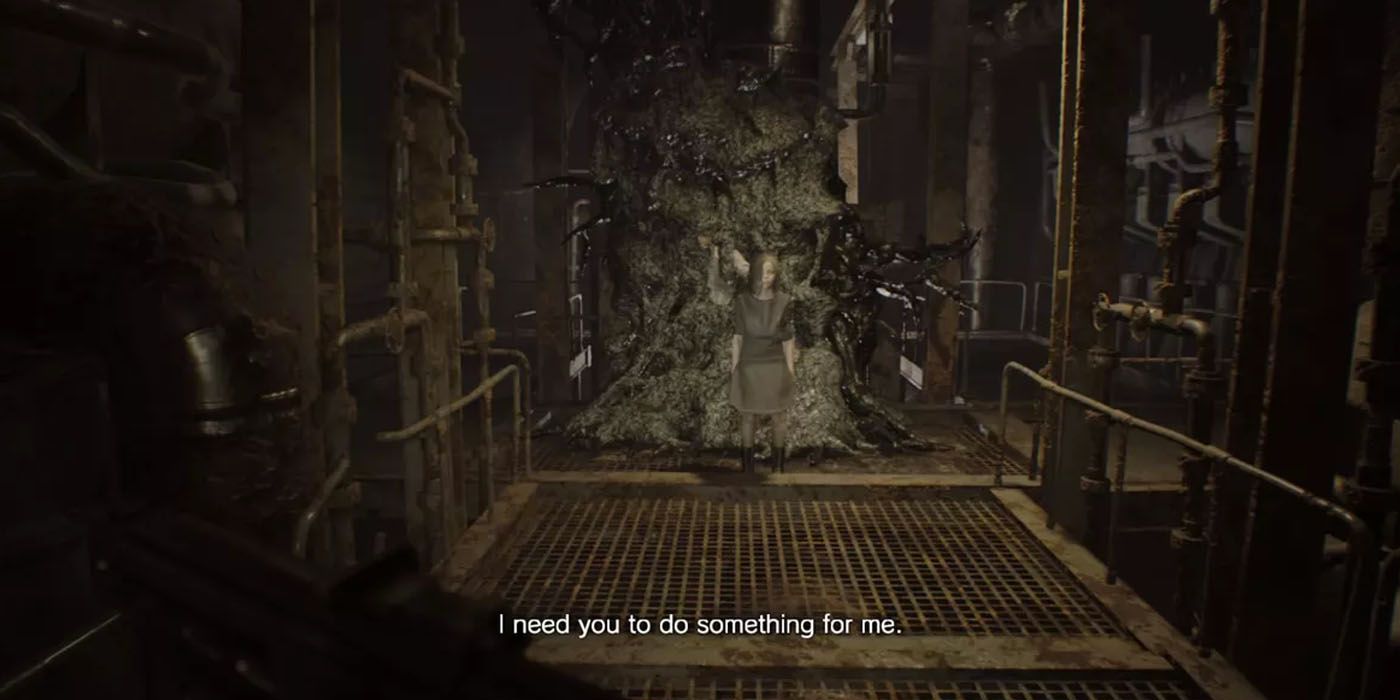 With Mia’s inventory prepared, it’s time to kill some Molded and rescue Ethan. From the S2 elevator, head down the hallway to be ambushed by two regular Molded. Save your Remote Bombs for now and either take them out with well timed Headshots with the Handgun or spray them with the Machine Gun. Once taken care of, take the door into the Straight Corridor.

A Quick Molded will drop down from the ceiling up ahead and rush towards Mia. Take it out with the Handgun instead of the Machine Gun to conserve as much ammo as possible. After the Quick Molded has been killed, enter the Engine Room to confront a Molded up close. Quickly put it down with the Machine Gun.

Moving deeper into the Engine Room will reveal a Fat Molded. Instead of wasting Handgun or Machine Gun ammo, use your Remote Bombs to drop it dead. It helps to plant a bomb on the stairs leading up to the Fat Molded and baiting it down. With all the Molded killed, Mia can push on through the rest of S2 and finally reunite with Ethan.

Next: Resident Evil 7: 10 Mistakes Most Players Make On Their First Playthrough