Dying is just a part of the game when it comes to roguelites like Returnal, but it doesn’t have to be so punishing. Thankfully, Selene has a few options at her disposal to allow you to survive just that tiny bit longer. One of these is the Astronaut Figurine.

What Is The Astronaut Figurine?

To put it simply, it acts like an instant-use extra life when Selene perishes. Having this artifact in your inventory will bring you back from death one time in the event that you die. This, along with Reconstructors and Silphium Vials, are your best assets for survival on Atropos. 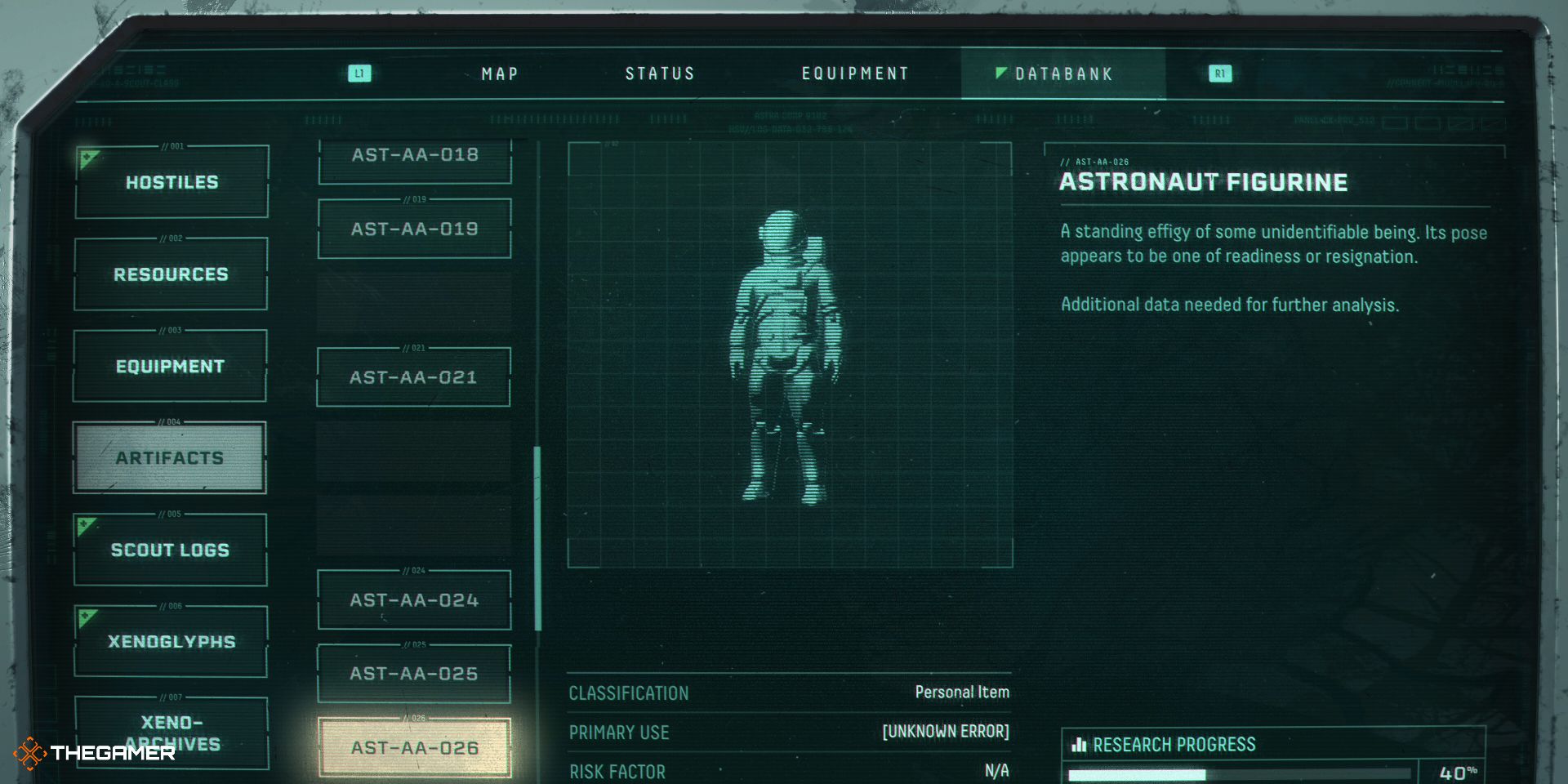 How Do You Get It?

The Astronaut Figurine is obtained when you complete the House sequence for the first time. However, in order to get inside the house, you need to find the key to the front door first, which requires a little poking around the Overgrown Ruins.

Where To Find The House Key

Location 1 – The House Key is found in two different places, the first of which is during your exploration of the Overgrown Ruins. As you navigate the dark forest, you’ll come across a large room with pillars on either side and a stone slab at the far end. On this slab is the House Key. 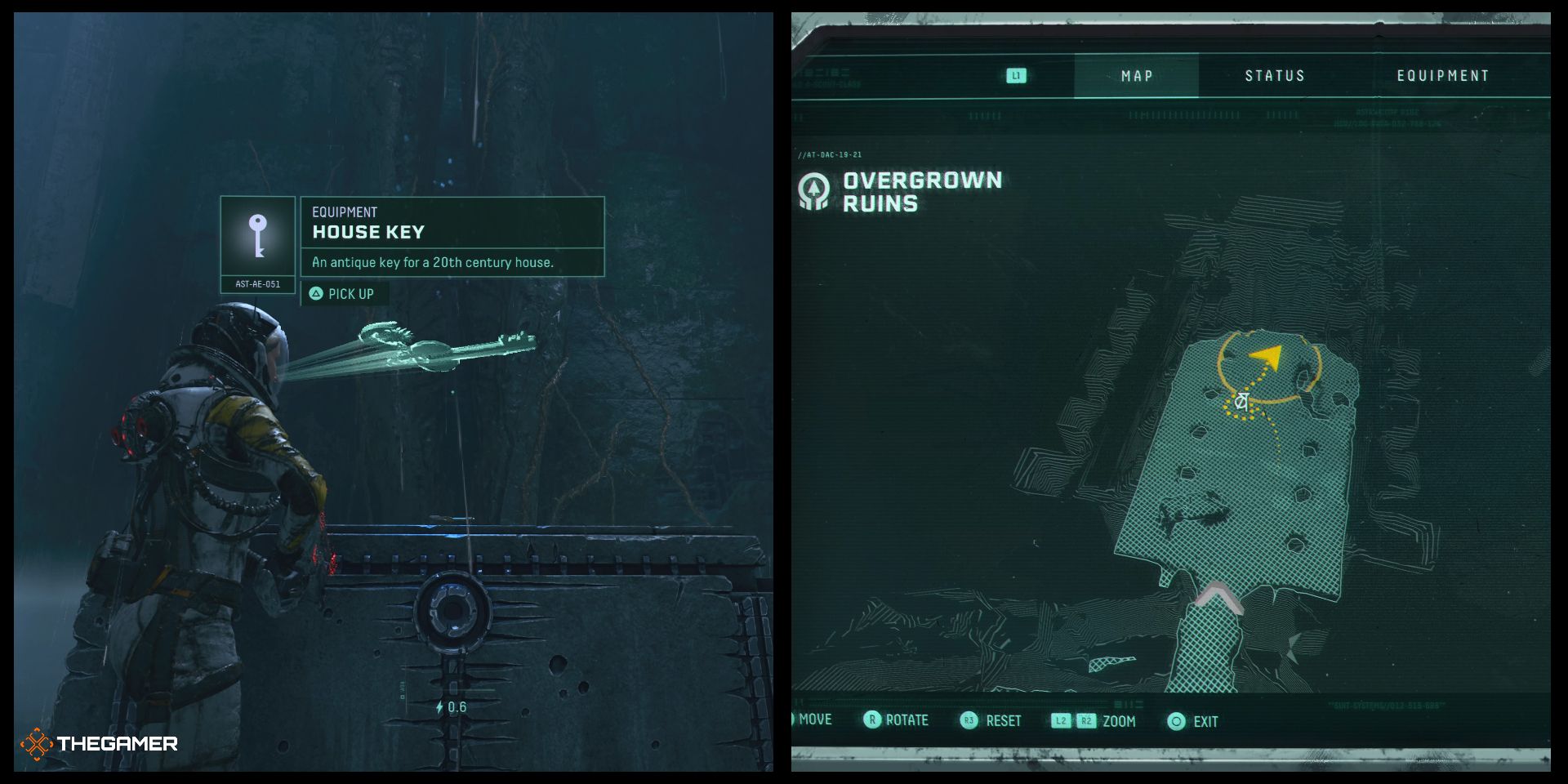 Location 2 – If you don’t find the above-mentioned room, and instead defeat Phrike first, the House Key will appear on the ground outside the house on subsequent runs until you finish the house sequence, in which you won’t need it anymore. Look for the beam of light to help you find it in the grass.

Now that you have the key in hand, head inside the house to learn some backstory on Selene before she joined the Astra Scout program. Once you finish the sequence, you will be rewarded with the Astronaut Figurine.

After the first instance of finding the figurine, it will be added to the ever-growing pool of artifacts that Selene has for surviving Atropos. Like other artifacts, it is not guaranteed that you’ll find the Astronaut Figurine on every cycle, but thorough exploration of the different biomes will turn up the artifact if you’re diligent. 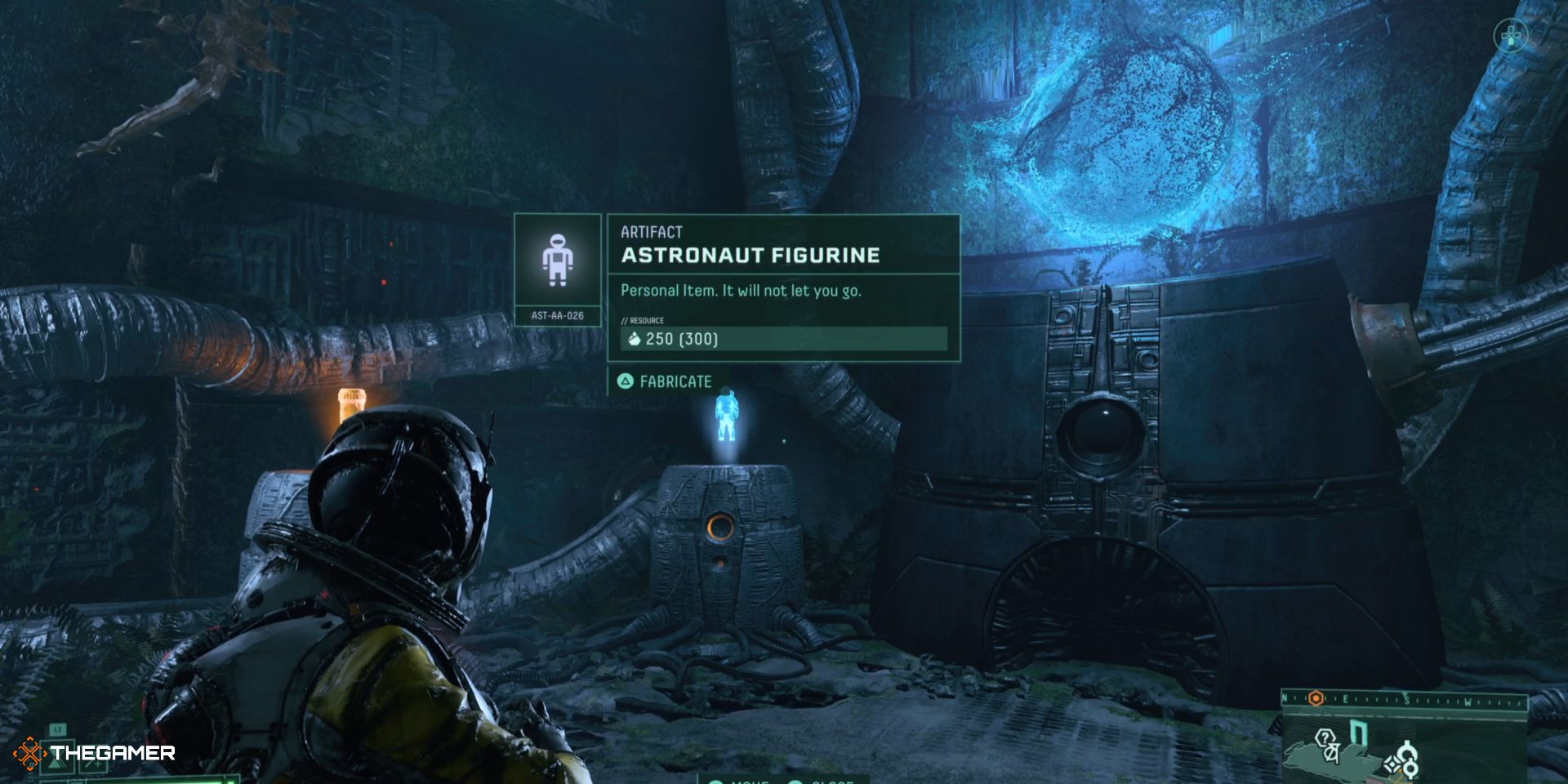