Veteran RPG game designer and developer Robert J. Schwalb recently introduced his newest RPG, Shadow of the Weird Wizard, in a devblog post on his Schwalb Entertainment website. The new RPG is characterized as “a family-friendly version of Shadow of the Demon Lord” RPG, and Schwalb says that although it’s close to being finished, there are still some important items to work on before it’ll be ready for release.

In the Weird Tales: An Introduction devblog post, Schwalb heralds his work on the Shadow of the Weird Wizard RPG, and covers a few details about what the world of the Weird Wizard is, how it came about getting started, and what’s in store for the future. And in a more recent following blog post (a series he’s titled “Weird Tales”), Schwalb walks us through the process of creating a Weird Wizard character, giving us a few more details on the game mechanics and the setting.

According to Schwalb, after he finished work on Demon Lord, he soon began dabbling with ideas for a toned-down, more mellow RPG setting, but knew it wasn’t going to be as simple as cleaning up the language and rules of Demon Lord and calling it a game. Though it would involve no small amount of work on the part of the GM, the Demon Lord basic structure can already be adapted for that purpose. Schwalb states he knew it “was going to take a fundamental redesign of the underlying math and a rebuild of everything to match.” 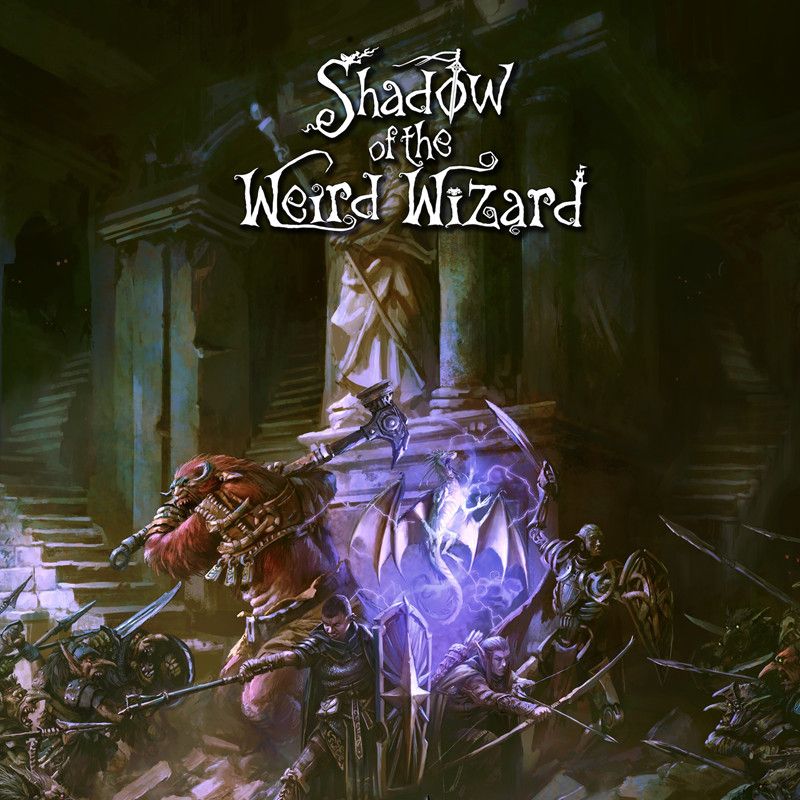 And, sure enough, since he started work on it, Weird Wizard has indeed gone through an untold number of process changes, including a variety of names such as Shadow of the Witch King, Free Companies of Four Towers, and Shadow of the Mad Wizard. Schwalb also states that he needs “to deal with expert and master paths, and run them through testing,” and that he’ll probably be soliciting help for this work. He adds he’ll be giving us more game details soon, and we can follow his socials for updates.

Finally, Schwalb lays out a few alluring facts about the Weird Wizards RPG, touching on land, civilization, and some basic of the characters we’ll be playing. Two civilization have come and gone, and the current one now mostly resides in “the Lands of the Weird Wizard, a mysterious, eccentric, bearded fellow whose reckless use of magic has made these New Lands rather strange and mysterious.” Our characters are ones who have escaped the Old Country, for whatever reasons, and are now occupied with blazing trails through the Borderlands for travelers and settlers.

For more details on the characters we’ll be playing in Shadow of the Weird Wizard, read Schwalb’s Weird Tales: Let’s Make A Character post. And tune into the Schwalb Entertainment Twitter and Facebook channels for live updates.