Get ready to start your engines as Rocket League finally goes free-to-play on September 23 at 8AM PDT. As announced previously, the game will be available on the Epic Games Store, PlayStation 4, Xbox One, and the Nintendo Switch. To celebrate the upcoming change there will be a new in-game event, Llama-Rama, that will begin soon after launch.

While the shift to free-to-play is sure to bring in waves of new players to Rocket League, one of the best upcoming changes is happening much sooner. As of tomorrow, September 16, cross-platform progression will be live by linking your Epic Games Account to other platforms. This will allow you to play anywhere and still engage with meaningful progression.

The most important part of tomorrow’s change is to designate your correct Primary Platform. This will be the source of progression for your Rocket Pass Progress, Competitive Rank, and XP level. Make sure to choose the one with the most progress to get the most from the cross-platform link. 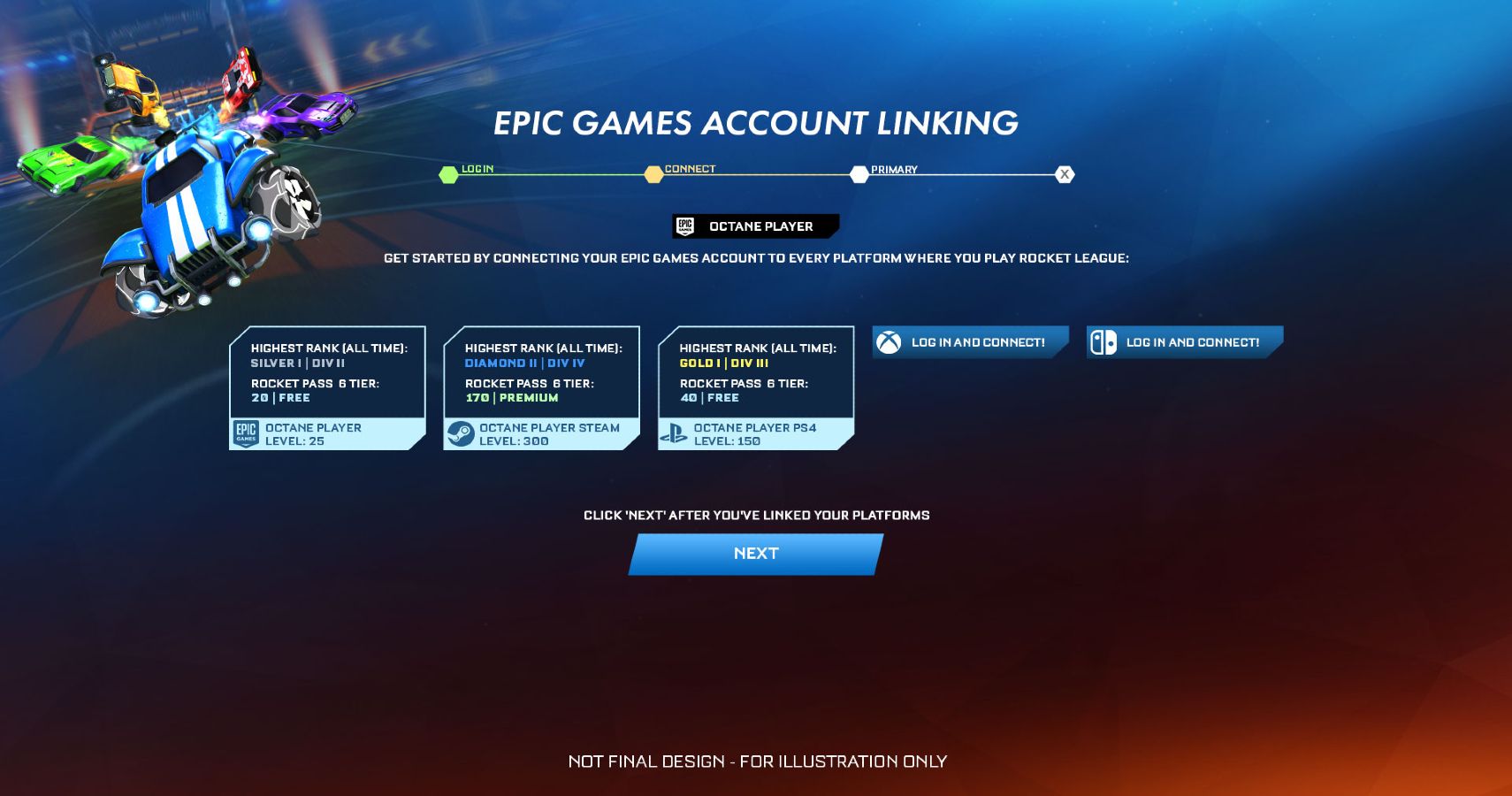 In addition to cross-platform progression, existing players will also receive the Legacy Status and items shown in July, including the Faded Cosmos, Golden Cosmos, Dieci-Oro wheels, a Playerbanner, a special player title, and more. These will appear in your inventory with the same update on September 16.

Support-a-creator will also be available now through the Epic Games Store, allowing players to enter their favorite content creator’s code when making purchases to support them directly, with 5% of credits spend going towards them.

There are also several changes coming with tomorrow’s update. Some of these include the new quick chat function, Heatseekers in Private Matches, a new difficulty for Bots, a new hitbox for Mercs, changes to the Achievements that can be completed, and an updated UI for the menu.

One minor change that benefits Nintendo Switch users is that PS+ and Switch Online will no longer be necessary to play online. However, Xbox One users are not as lucky and still need a subscription to Xbox Live Gold.

There is only a week to go before the game goes free-to-play, and we cannot wait to jump into the action and see the new wave of players learning how to compete for the first time. Overall, the move towards a free-to-play system is a brilliant one, and it comes at the perfect time.