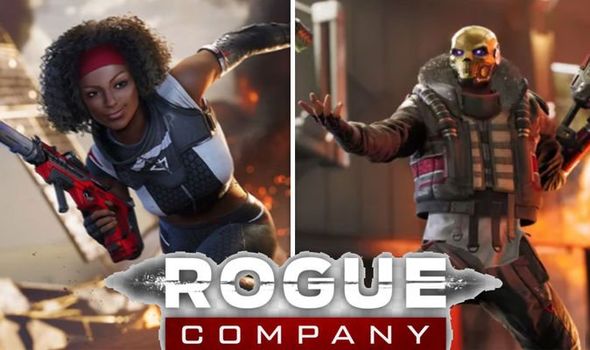 Unfortunately, however, fans are currently unable to play the game, because Rogue Company is offline for server maintenance.

The server downtime started at 12pm UK time, and is expected to run until around 4pm BST.

The news was announced by First Watch Games on Twitter: “The servers will come offline at 7:00 AM (11:00 UTC) for maintenance to introduce the Vice update on every platform.

“Downtime is anticipated to be approximately 4 hours. This update has a ton of exciting changes.”

The headline new feature is the Vice map, which is set in the streets of Miami.

“The streets of Miami are illuminated and electrifying sounds of nightlife echo through the night,” reads a new post by developer First Watch Games.

“The Zero Drop Rave is the place to be, but a menacing danger looms over the EDM music and laser lights. Rogue Company has been called in to save the party and the day on this new map called Vice.”

As you can see from the patch notes below, the update also introduces the Deserter penalty, which punishes players who leave the game early.

• Mean to select a different Perk? No problem! Players now have the option to use the Undo Purchase feature in the Item Shop!

• New visual options are available to provide support for Colorblindness.

• Even elite Rogue’s need practice and what better place to do this than a shooting range? Try various weapons, abilities and rogues to prepare yourself for your next mission.

– Slightly reduced the radius at which enemies influence spawns.

– Slightly increased the radius at which friendlies influence spawns.

In order to provide a more fair experience for players, Vice Update will implement a new system to discourage leaving matches early and going AFK. Please note specific penalties could change based on data and feedback.

To be eligible for a deserter penalty a player must fall within one of the following categories:

• AFK – A player who has met our inactivity criteria (hasn’t taken a valid action) for approximately 2 minutes.

• Disconnected – A player who has disconnected for at least 5 minutes before the match ends.

Upon meeting one of these criteria a player will be unable to queue for a match for a period of time based on the number of offenses. Players will see a timer denoting how long until they are able to queue again.

– This map contains new visual features and is available in Practice Extraction, Strikeout and Demolition.

– Re-propped the top of the stairs.

– Removed stairs on wizard tower and replaced with a mantle up spot.

– Removed the shelving units from the garage.

– Fixed an issue where Anvil’s barricade would recharge in Demolition.

– Now has Cloaked instead of Evade.

– Increased the maximum health gain per tick from Leeching Poison from 1 to 2.

– Slightly increased the radius the grenade will spread

– Increased the speed at which smoke appears.

• The level 3 upgrade on Anvil’s LMG which tightens your spread now has lightly reduced effectiveness.

• The Striker 8X10’s damage fall of range has been slightly increased.

• C4 that a player attempts to detonate mid-air will now detonate once it has landed.

• The “No valid game mode” should no longer be displayed when logging in.

• Fixed a rooftop exploit in Favelas.

• Players should no longer receive a Party Size Limit error for game modes.

• Player names should no longer appear as numbers.

• Fixed an issue with the Versus screen which could result in a bad match.

• Players should no longer sometimes appear in a downed state but still be able to move/shoot.

• Phantom can no longer get in a state where she can throw multiple nano grenades.

• Players should no longer receive multiple friend requests when queues are changed.

• Fixed an area of Canals where players could use Anvil’s barricade to reach unintended areas.

• Sprays used near a player should no longer stick to them.

• Switch players should no longer crash after exiting the Chimera