Making money in Rune Factory 5 may seem like one of the biggest challenges early in the game. What money you do make goes back into the farm, the farm goods get used as gifts, and at the end of the day, you’re left looking at a low Gold balance. But it doesn’t have to be that way.

Rune Factory 5 makes it much easier to earn money early in the game compared to its predecessors. Factor in time passing more slowly, and you actually have several money-making methods at your disposal right from the start. If you’re willing to put in a bit more time and effort – and have the patience for it – there’s even an early trick that lets you potentially earn millions of gold without having to give up any of your precious items for it. 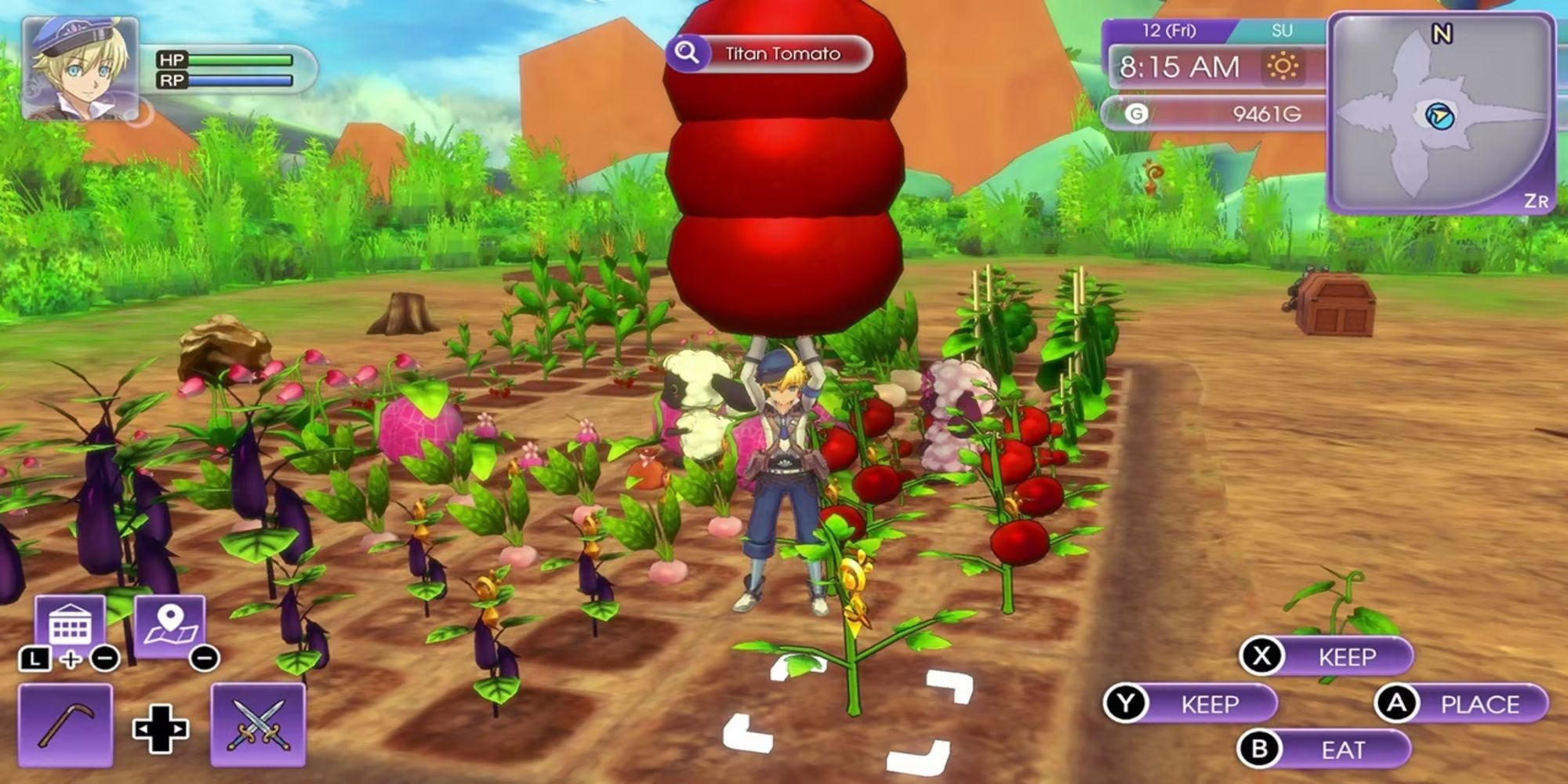 Selling your crops might seem like an obvious way to make money, but it’s easy to save some for gifts or recipes you might want to make someday. However, your best bet, especially early on, is selling everything you grow. Rune Factory 5 usually graces you with several crops per seed planted, so even planting just five turnip seeds will net you a good result.

If you’re worried about not giving crops away as gifts, you don’t have to be! Talking to your friends and neighbors each day goes a long way in raising their friendship levels. 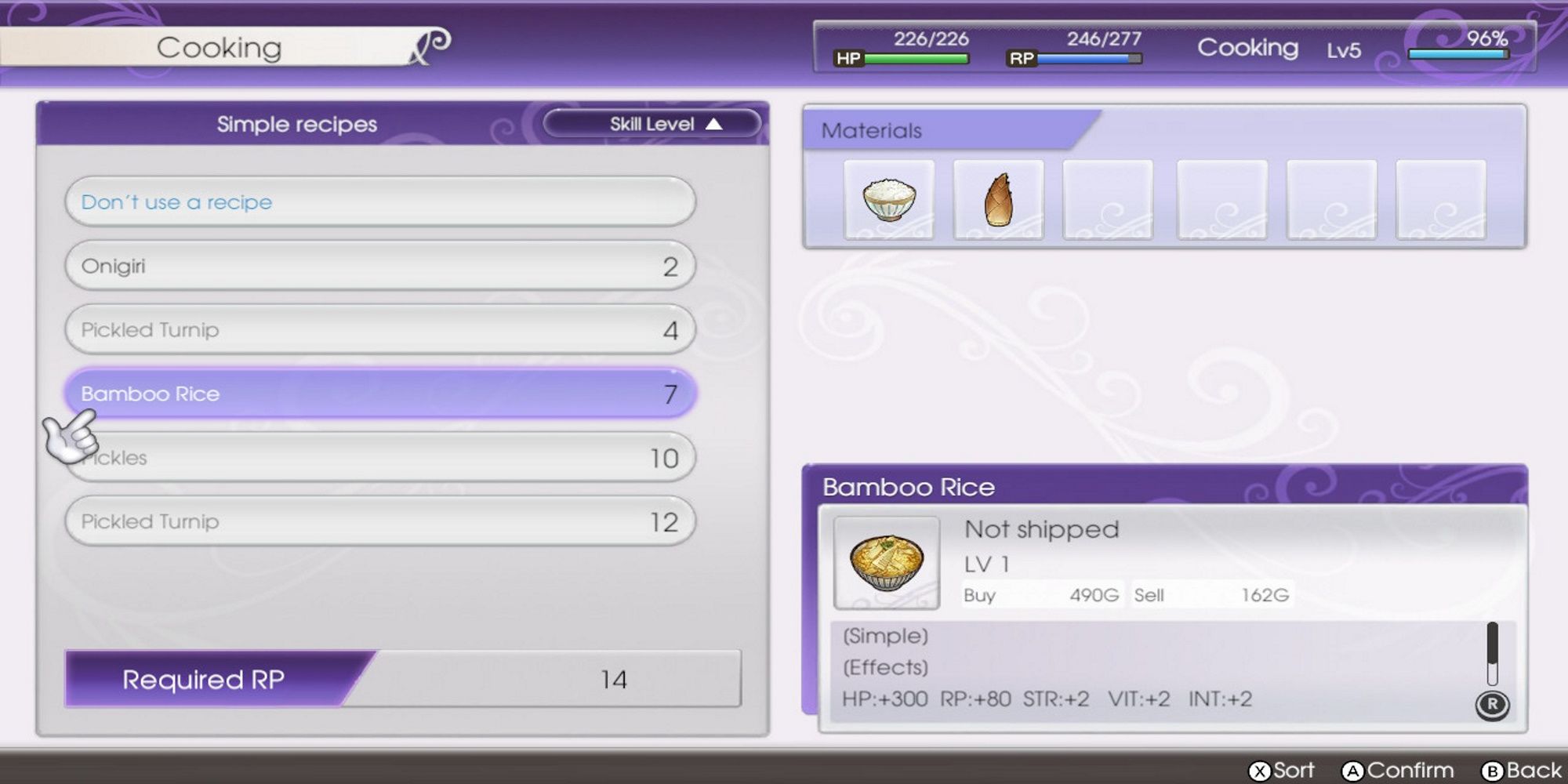 Once you have some single-crop recipes under your belt, such as Pickled Turnip or just plain Pickles, you should always cook them instead of shipping the crops. This is a good early-game method for making money and raising your cooking level, though once you start getting higher-level crops, it becomes less handy.

You can get higher-level seeds by harvesting crops with a sickle.

Once you get additional cooking equipment, such as the pot and frying pan, you can make better recipes using single ingredients and continue seeing higher returns. The mixer and pot are especially good for single-ingredient milk and egg recipes that have high sell values. 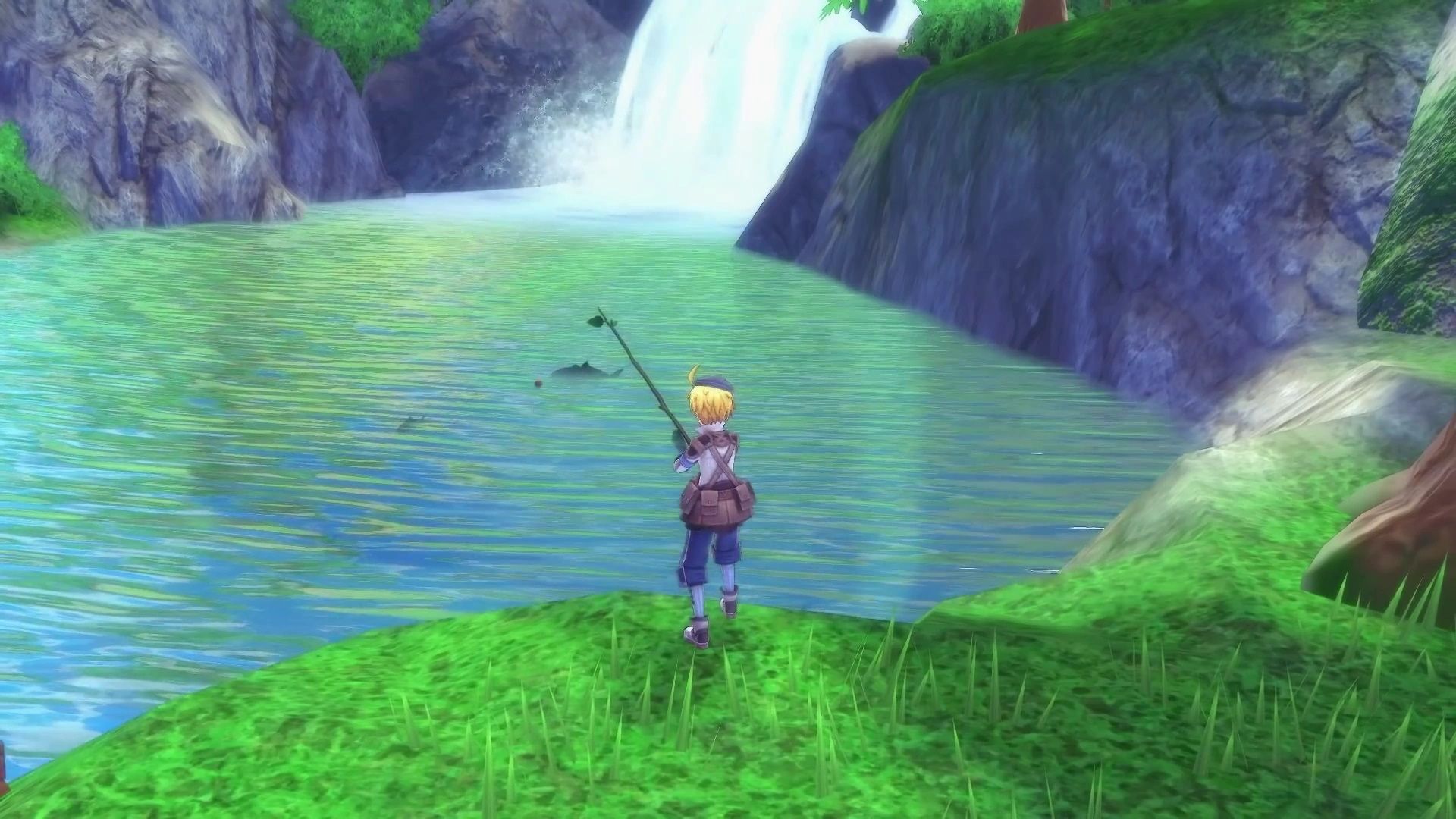 Shipping fish won’t break the bank, but it does provide a reliable way to get extra income each day. It uses few Rune Points and takes little time, so it’s easy to slot it into your daily schedule. Fish is a questionable gift for most people, so you’re not really missing out by selling it. Once you have more ingredients and a higher cooking level, you can cook more advanced fish dishes to get even more gold out of each catch as well. 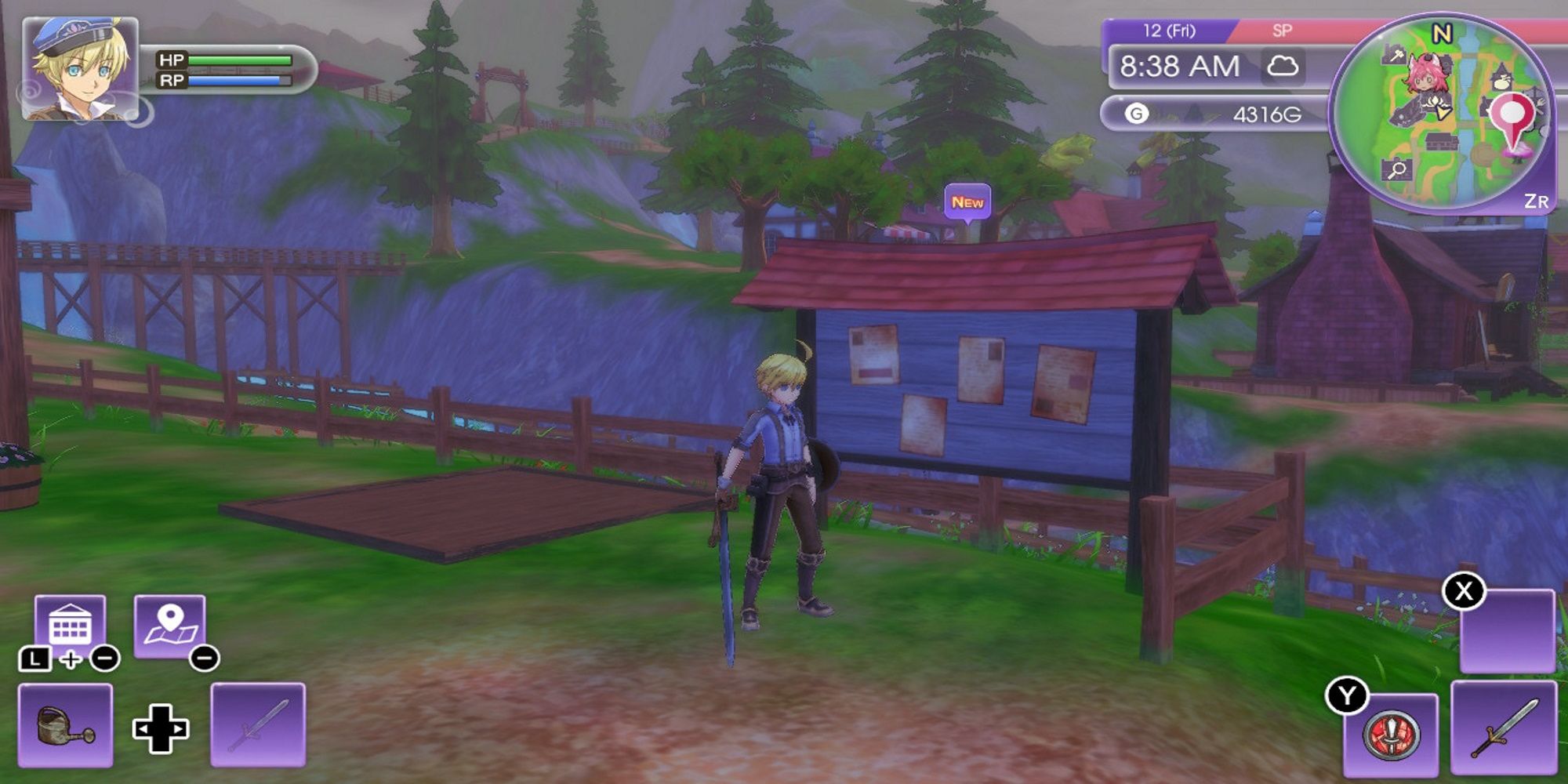 It might be tempting to ignore requests after finishing the initial batch of tutorial quests, but you shouldn’t. Completing requests on the bulletin board is one of the best ways to earn money in the first two seasons. They usually reward you with a few thousand gold each time, along with other handy items connected to the quest itself. 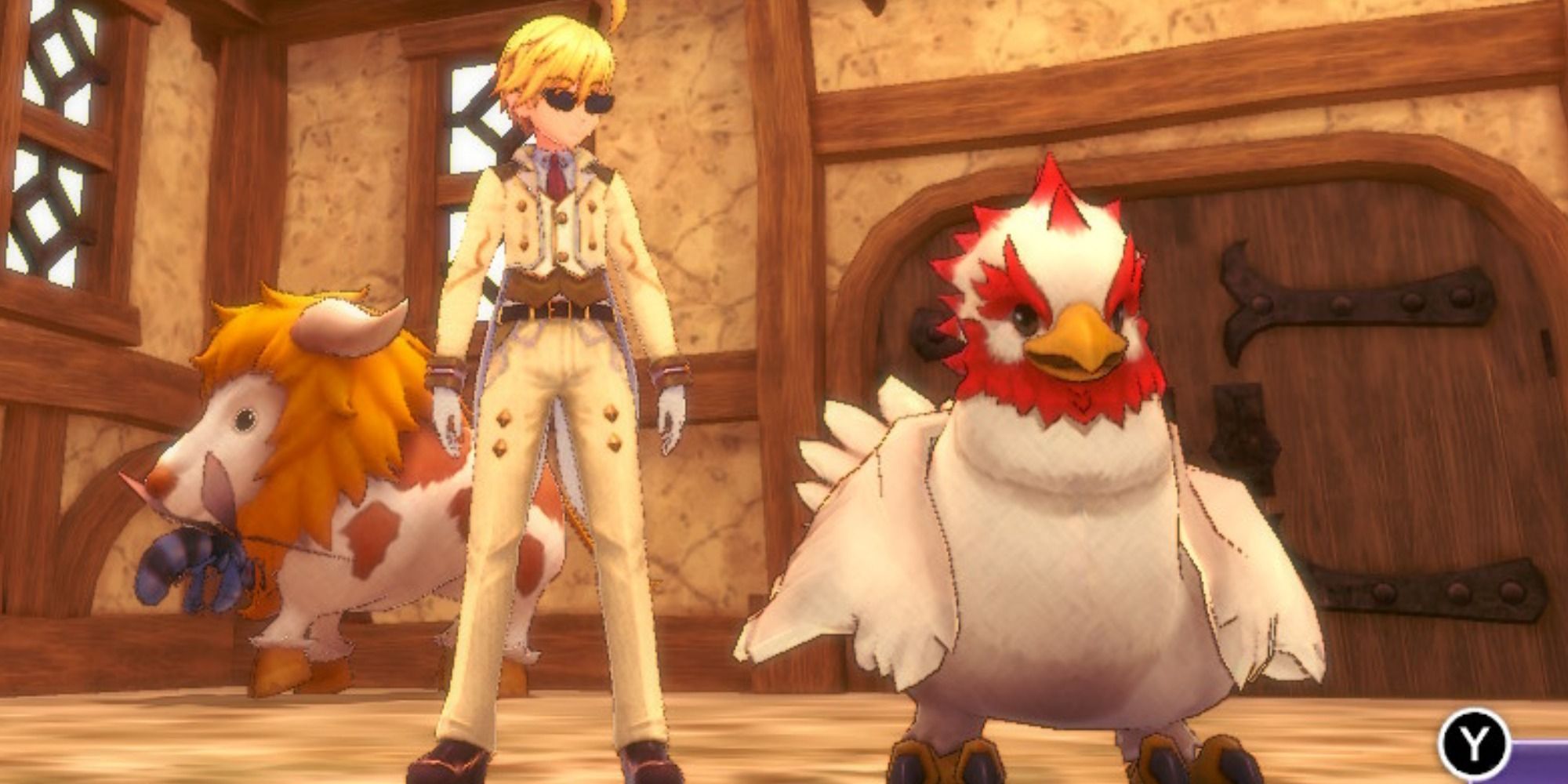 Over the course of your adventure, you’ll need to grind for monster materials used in weapon upgrade recipes. You’ll likely end up with items you don’t actually need. Instead of hanging on to them, you should sell the monster drops. Monster drops typically go for high prices, and there’s no point in keeping them if you don’t need them.

Use the Elsje Trick 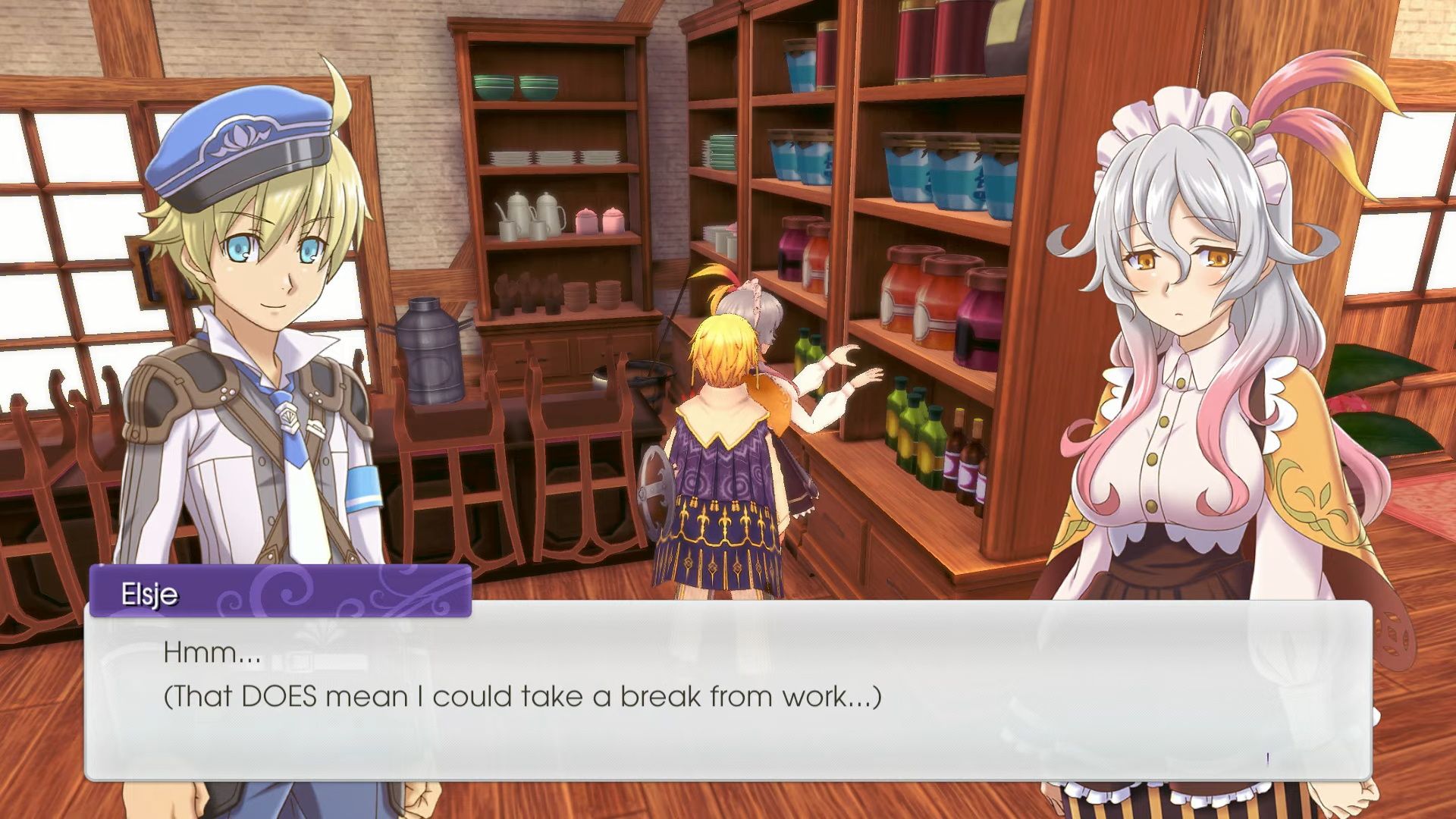 This trick is much more involved, but it’ll also earn you roughly half a million gold each time. You’ll first need to raise Elsje’s friendship to level three – Elsje runs the restaurant, in case you forgot – and then invite her to explore with you. Reduce your health below 50 percent, ideally around 25 percent or lower, and keep an eye on Elsje.

She’ll throw Royal Curry at you, with the intent to heal. However, if you dodge the throw, you can pick up the Curry and ship it. Each one ships for 500,000 Gold. It’s a difficult and sometimes unreliable method, but if you’re desperate for cash, it’s definitely worth a try.