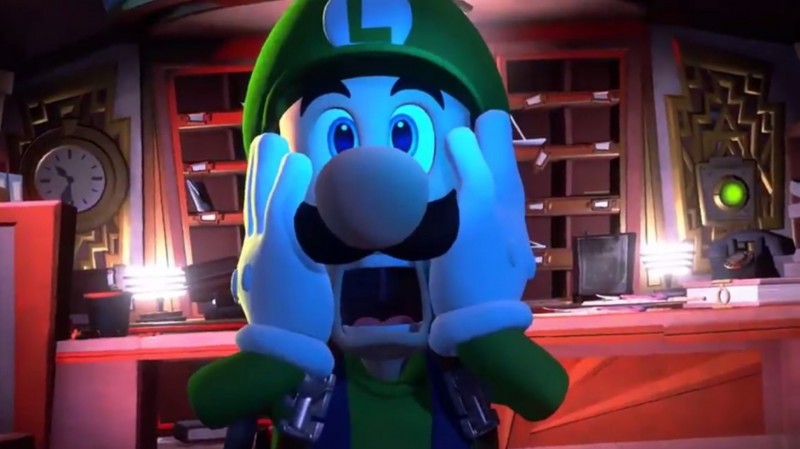 After the surprise reveal of Luigi’s Mansion 3 last September, details have been scarce regarding the green-clad brother’s next starring role. We learned a bit more about what kind of haunted hijinks to expect when Luigi’s spooky adventures continue.

The game kicks off as Mario, Luigi, Peach, and the Toads are invited to a hotel. After Luigi arrives, things take a spooky turn and it’s up to him to save the rest of the gang.

Just like with past Luigi’s Mansion games, you use the strobe function of your flashlight to stun ghosts, then suck them up using your Poltergust vacuum. This time, Luigi has a new Poltergust: the G-00. This new model gives him the ability to slam ghosts on the ground while sucking them up, inflicting additional damage. In addition, the Poltergust G-00 can fire a plunger to latch onto surfaces to reveal secrets; you can also rip shields out of ghosts’ hands using this method. Luigi also gets a new moveset called Burst, which sends a shockwave out from him to blow away ghosts and give Luigi a little jump.

Gooigi, the slimy green Luigi clone introduced in the 3DS port of Luigi’s Mansion, returns in a larger role. You can use Gooigi to slip through rails and spikes to reach areas Luigi can’t on his own. You can swap between Luigi and Gooigi, or a second player can grab a controller and play as Gooigi.

Luigi’s Mansion 3 also brings back the cooperative multiplayer mode from Dark Moon called ScareScraper. This four-player multiplayer mode can be played with local or online players. The mode tasks players to work together to clear floors of ghosts before the timer expires.

Luigi’s Mansion 3 is set to launch on Nintendo Switch sometime in 2019.