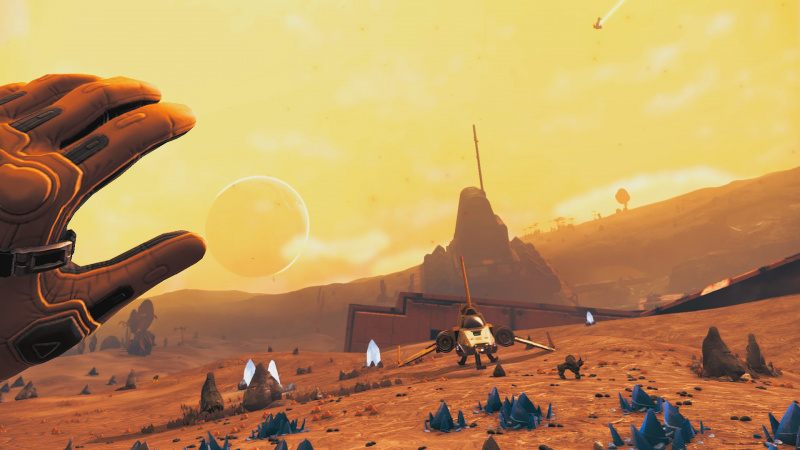 No Man’s Sky has certainly come a long way since its rocky launch, where players loudly shared their disappointment at the dearth of content in the original release. In the years since, Hello Games has steadily released updates that have filled No Man’s Sky with multiplayer options, bases to build, and even freighters to commandeer. In other words: Hello Games’ Sean Murray knows something about turning a sinking ship around.

During his keynote speech at this year’s Develop conference, Murray doled out some nuggets of advice to companies like EA and Bethesda, who are struggling with rocky launches for the likes of Anthem and Fallout 76:

We went about two years without talking to press at all….and we went about three months without saying anything to the community either. That was really hard. I sat down so many times and wrote the perfect blog post that was going to explain everything about the game’s development, and the road map going ahead. But I could see that it didn’t hold credibility with regards to where we were at.

There have been a number of games that have since come out, had a polarizing launch, and that explosive mix of loads of people playing it but also problems. And I can see EA, Microsoft, or Bethesda try to placate players by just talking to them, but for right or wrong, it just doesn’t really work. You see this all the time when a big publisher will talk to the community and try to solve the problem and then get embroiled, taking up more and more of its head space.

For more on No Man’s Sky, check out our week-long look at the upgraded version of the game here.