The elevator pitch I’ve heard for Second Extinction is “Left 4 Dead with dinosaurs.” While I think the game shares more in common with open-arena games like The Cycle than it does with L4D, there’s something to be said about mindlessly tearing through never-ending waves of bodies as you push forward from objective to objective. At the end of each 20-40 minute round of Second Extinction, the entire squad will be covered from head to toe in the slick red blood of your fallen dino enemies. If firing a mini-gun into a crowd of velociraptors sounds like your kind of fun, Second Extinction is 100% as advertised.

On the other hand, if you’re looking for Left 4 Dead, this isn’t it. Second Extinction drops you and your squad into a large map where you’re given a main objective — depending on which of the 6 missions you’ve selected — with the option of completing any number of side objectives to earn additional upgrade points and crafting materials. At the end of the mission, you’ll gain experience to level up and unlock new weapons and items like grenades and airstrikes. Then, you can spend your upgrade materials to improve your guns and unlock new perks. The more side objectives you do, the more experience and upgrade materials you’ll earn. It’s a decent system to keep players coming back for more, but no matter what you unlock you’ll just be kitting out your characters to run the exact same 6 mission — on the same map — over and over.

On the ground, you have a fair few options for how to deal with the dinos. Each of the four characters has access to two weapon slots, two unique character abilities, two equipment slots, and one drop pod for refilling either ammo or equipment. Some character abilities are purely offensive, like a Hammer of Dawn-style beam that shoots down from the sky to roast enemies. Others are more utility, like a scan that highlights enemies for several seconds or the ability to cloak your team. One of my favorites works exactly like Wattson’s electric fence in Apex Legends, which can be used to stun and slow down packs of dinosaurs. Practically all of the character abilities feel powerful and fun to use, as do the weapons themselves, which are semi-character specific. Not every character can use every gun, and while the distinction isn’t really clear, the limitations do help to define each character.

I’m less enthusiastic about the drop pod mechanic. Each player can equip either an ammo drop pod or an equipment drop pod. In either case, players can call down the drop pod to at any time — unless inside a cave — to give their team a full refill of either ammo or equipment (grenades, health packs, ect.) on a short cooldown. You cannot use all your ammo before this cooldown expires and another ammo drop pod can be called in. Rarely did I ever use all my 5 grenades before the cooldown on the equipment drop pod expired and I’ve never once used all of my health packs before refilling. 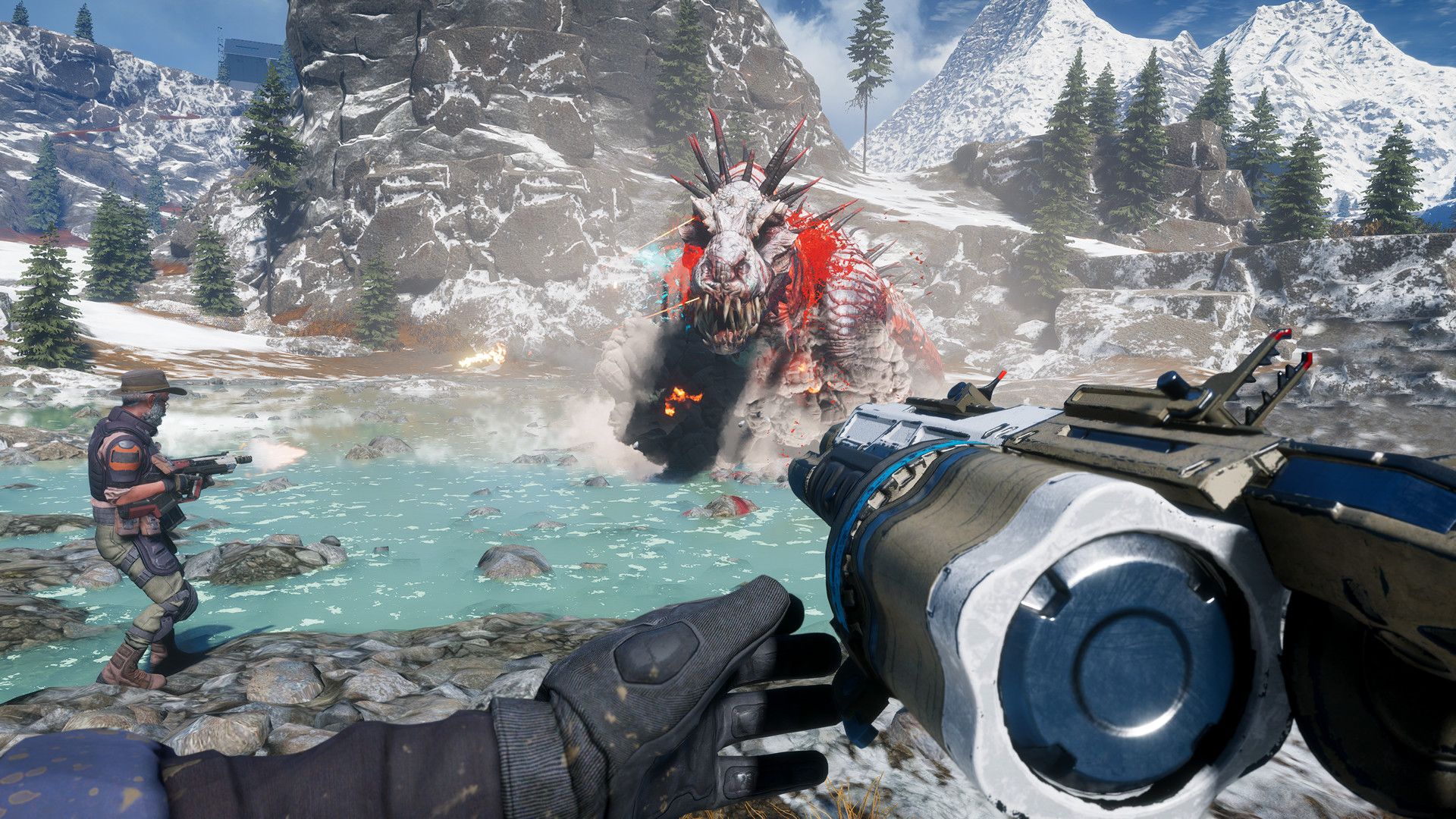 Essentially, you have unlimited ammo and equipment but you have to constantly jump through a tedious hoop to have it. There’s no limit to your drop pods and no cost for using them, just a short cooldown. It feels like there’s a little barrier to fun that kills my momentum constantly. Maybe it’s meant to encourage team communication when you need a refill, but it’s such a constant need that you’re just better off dropping one every time the cooldown expires. This barrier to fun is sort of a consistent theme in the game, especially with drop pods.

One of the side objectives is just a container full of resources you can extract, which should take just a second to locate and put boosters on, but first you have to call down a drop pod of boosters, collect them, then place them on the container. Just let me have the boosters. Same thing with egg holders, scanners, and explosives. They all work the same way: call down a drop pod, collect the tool you need, then use the tool for the quest. Maybe it’s because you have to be at a particular angle to collect things from drop pods, but the whole cycle is just so tedious to me. One of the common side quests is to rig explosives in a cave. The cave is so small that the points where you rig explosives are literally right inside the entrance. It should take just a moment to finish the objective and move on, but first you have to call down a drop pod and collect the explosives. You can only hold 2 explosives, so if you’re playing with only 2 people someone has to take 2 laps back to the drop pod to collect enough explosives to arm all 6 points. The drop pods are a neat way to bring equipment into the world, but it really hurts the flow of the gameplay. 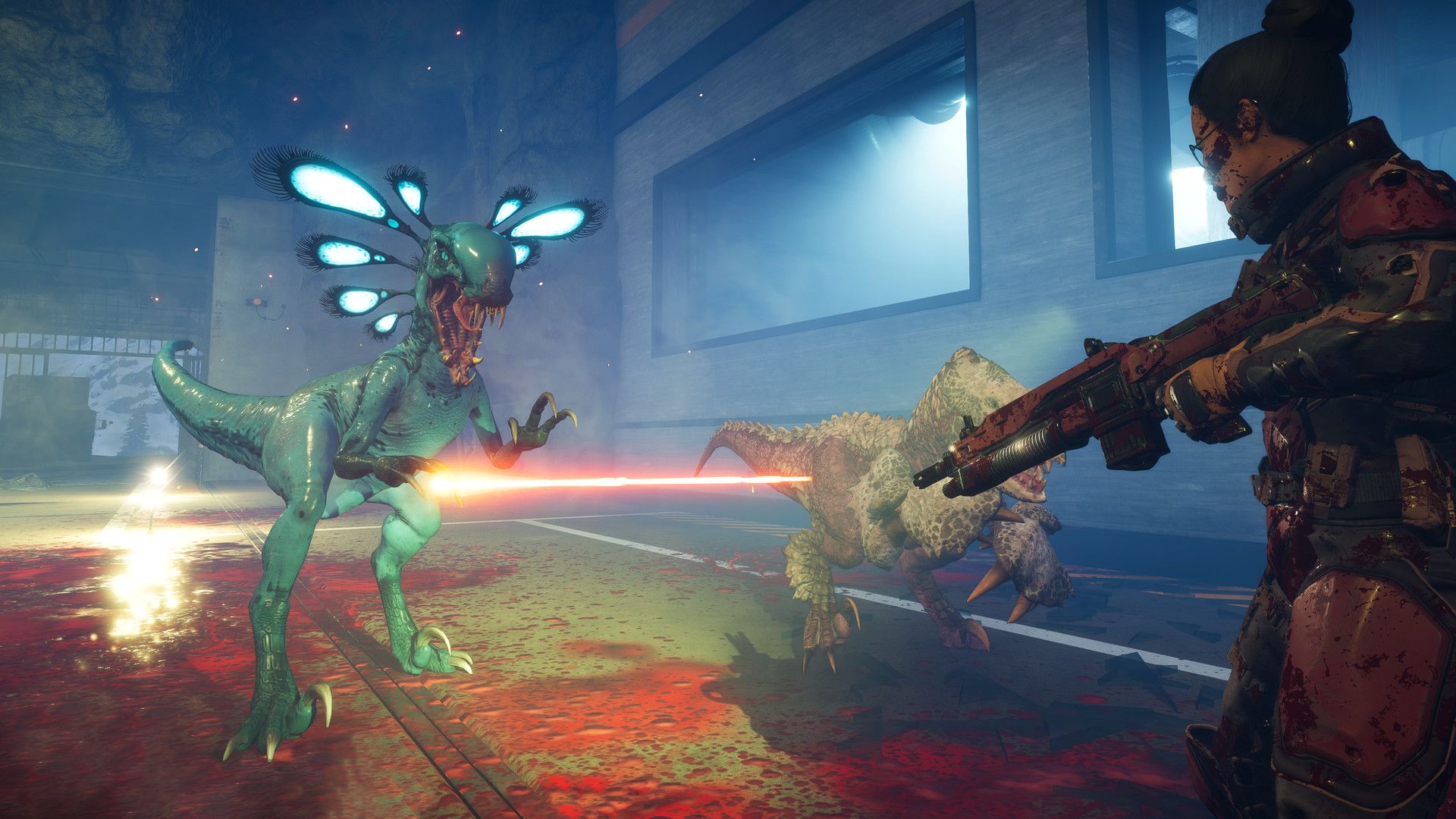 It took me about 6 hours to play all the missions and unlock most of the weapons and equipment, I could continue upgrading my weapons to unlock new perks, but I’d have to just run around on the same map doing all the same objectives over and over. I think Second Extinction has a really strong foundation and I’ll definitely be keeping up with the development through Early Access, but I think it’s pretty easy to exhaust the available content right now unless you really, really like killing dinosaurs.

READ NEXT: Dino Squad Is Nanosaur But With Crazy Death Matches 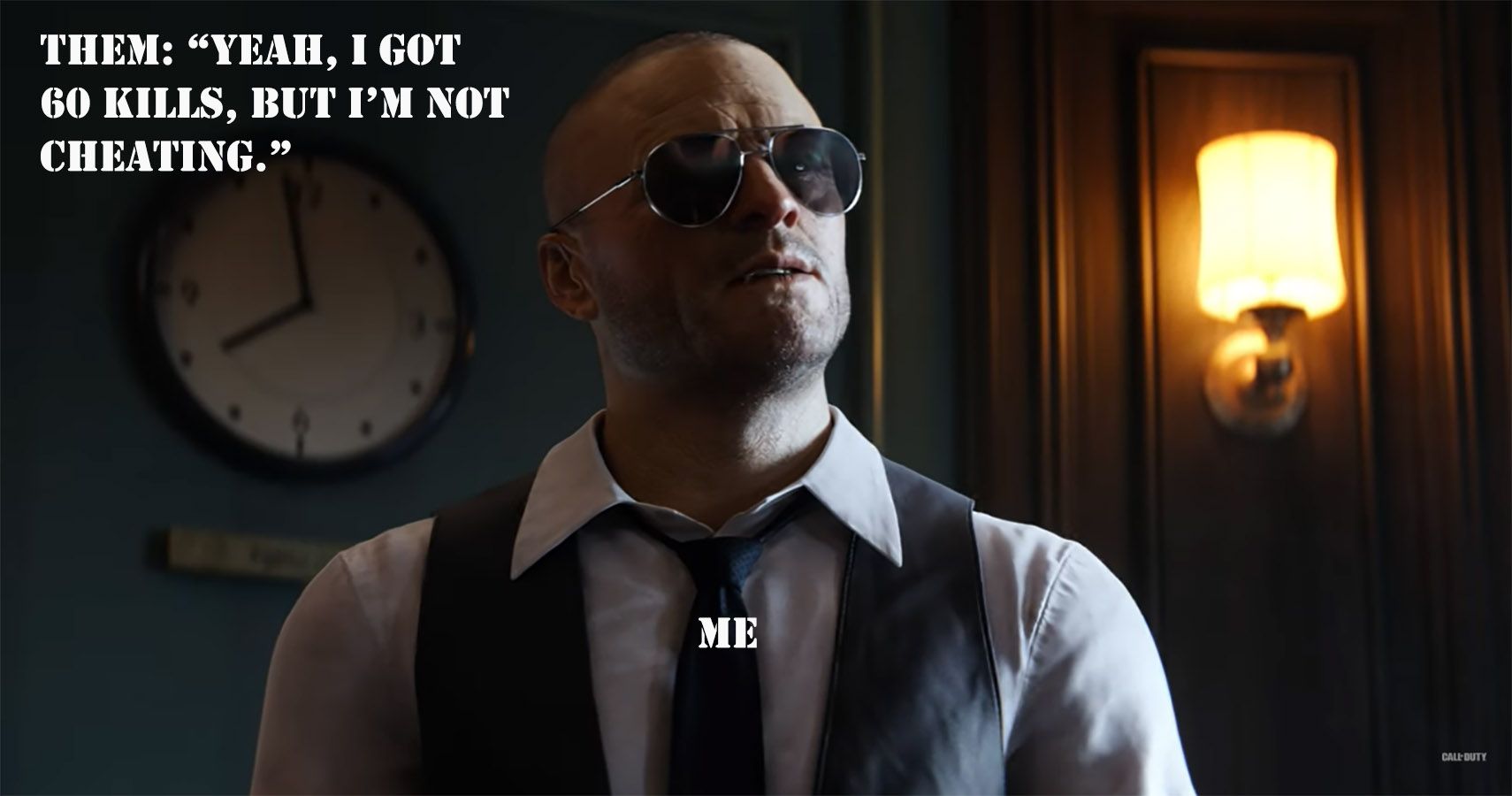