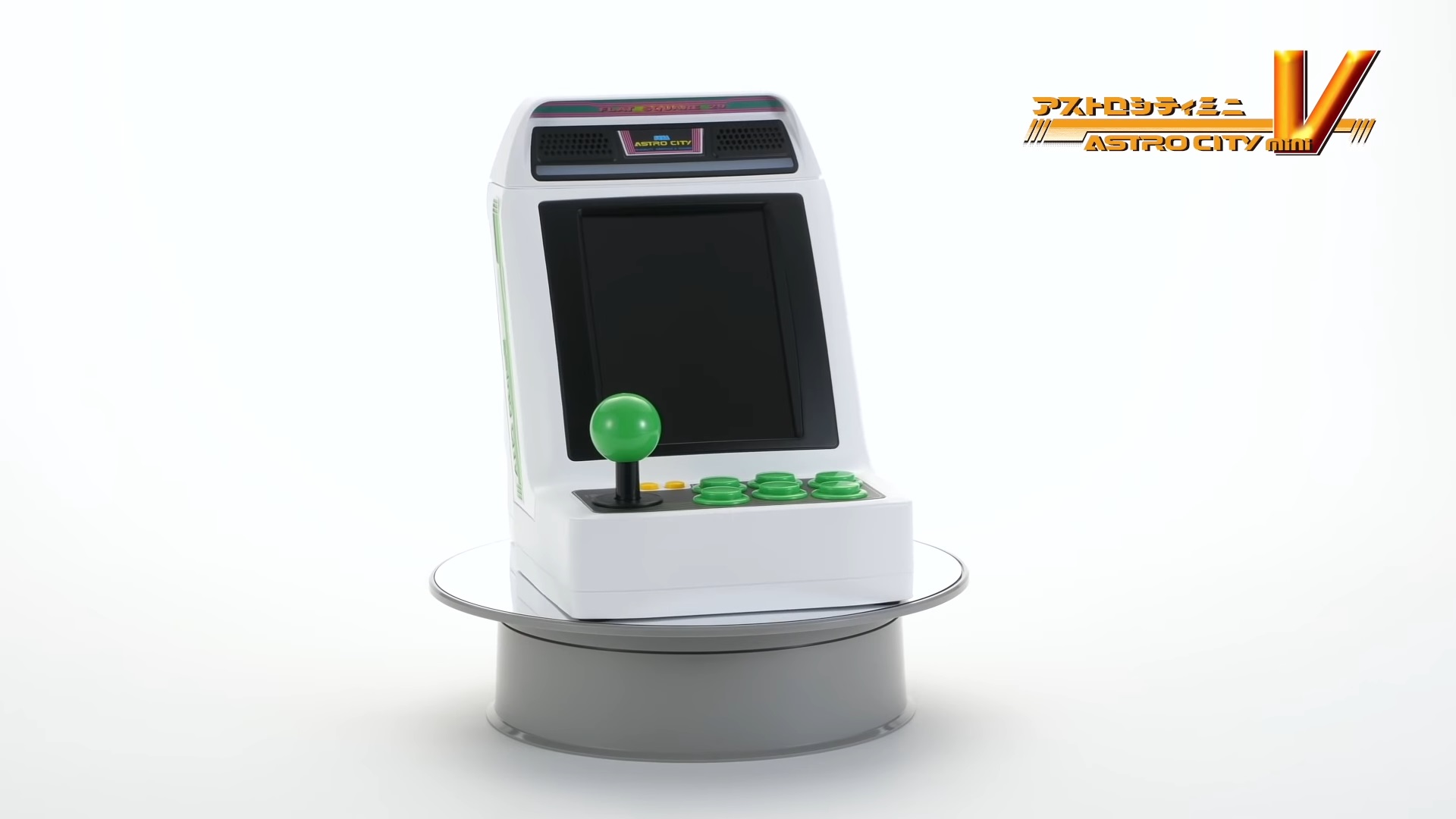 There’s another Sega mini arcade in production, one that comes with a vertical display and a new set of games, but only for Japan.

The release of the Astro City Mini was already something of a surprise for retro enthusiasts, but could anyone have predicted that Sega would make a second one?

At a first glance, the Astro City Mini V looks near enough identical to the first but the key difference is that the screen has been rotated, offering a vertical display instead (otherwise known as TATE mode).

This makes it more accurate to the original arcade machines, although it’ll still be compatible with any accessories made for the first Astro City Mini, like the separate controller and arcade stick.

You’ll also be able to connect it to a big screen with an HDMI cable, so you can play any of its 22 games on a PC monitor or TV. Speaking of the games, they’re all different to the ones available on the first Astro City Mini.

If vertical scrolling shooters Moon Cresta and Terra Cresta ring any bells, it’s likely because PlatinumGames is working on a sequel titled Sol Cresta. It will retain the series’ gimmick of combining ships to make your own bigger and stronger and is set to release in 2022 for PlayStation 4, Nintendo Switch, and PC.

The original Cresta titles were made by the now defunct Nichibutsu and indeed most of the games on the mini arcade have nothing to do with Sega.

Either way it’s a very nice collection of 2D shooters which is going to make the hardware very desirable to shmup fans.

Unfortunately, there’s currently no sign of the Astro City Mini V releasing in Western territories. It’s currently only available via Sega Toys in Japan for ¥19,580 (just over £130) and, as far as we can tell, you can’t import it directly.

Hopefully, if Sega was willing to release the first Astro City Mini in the UK and the US, it will eventually strike a deal to do the same for the Astro City Mini V. It has a release window of summer 2022 so any potential Western release may not be announced for another few months.