Fans of Lord of the Rings flocked to Middle-Earth: Shadow of Mordor upon its release, and many came back for its sequel, Shadow of War. Both games follow a Gondorian ranger named Talion, who was killed at the Black Gate by the forces of Sauron only to be brought back as a wraith by an unknown Elvish entity.

However, Shadow Mordor and Shadow of War didn’t tie themselves too closely to the Lord of the Rings movies or books, and both oftentimes dove deeper into the Middle-Earth canon. That’s the theme of today’s list. Today, we are going to look at some of the connections between the Middle-Earth games and Tolkien’s Silmarillion.

10 The Grander Scope Of It All 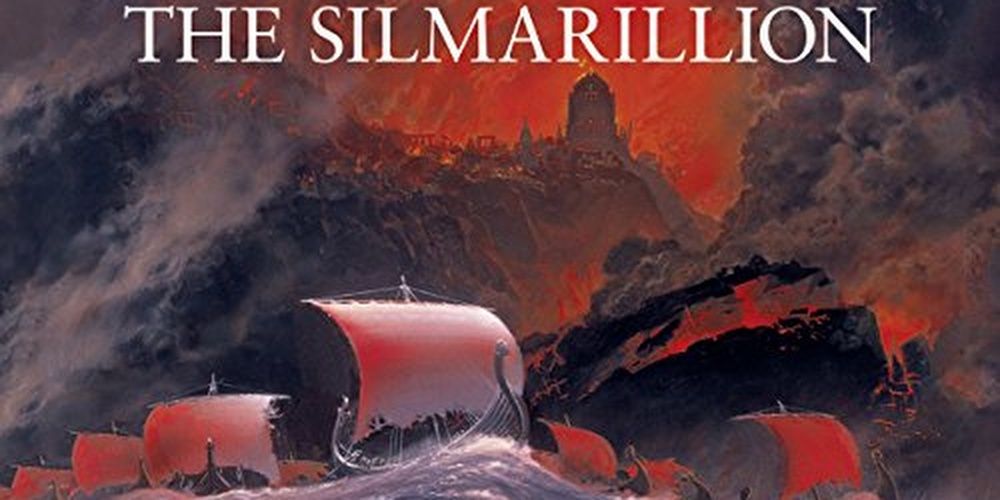 While the Middle-Earth games couldn’t dive too deep into the Silmarillion due to copyright reasons, they do touch on one major part of the expanded universe of Lord of the Rings: the grander scope of Middle-Earth and its conflicts.

Sauron and Saruman are not the only evil in Middle-Earth, and they aren’t the first of their kind to have tried to take control over this world. Through the world of Mordor, its artifacts, and the backstories therein, the two Middle-Earth games touch on the grand scope of this fantasy universe. 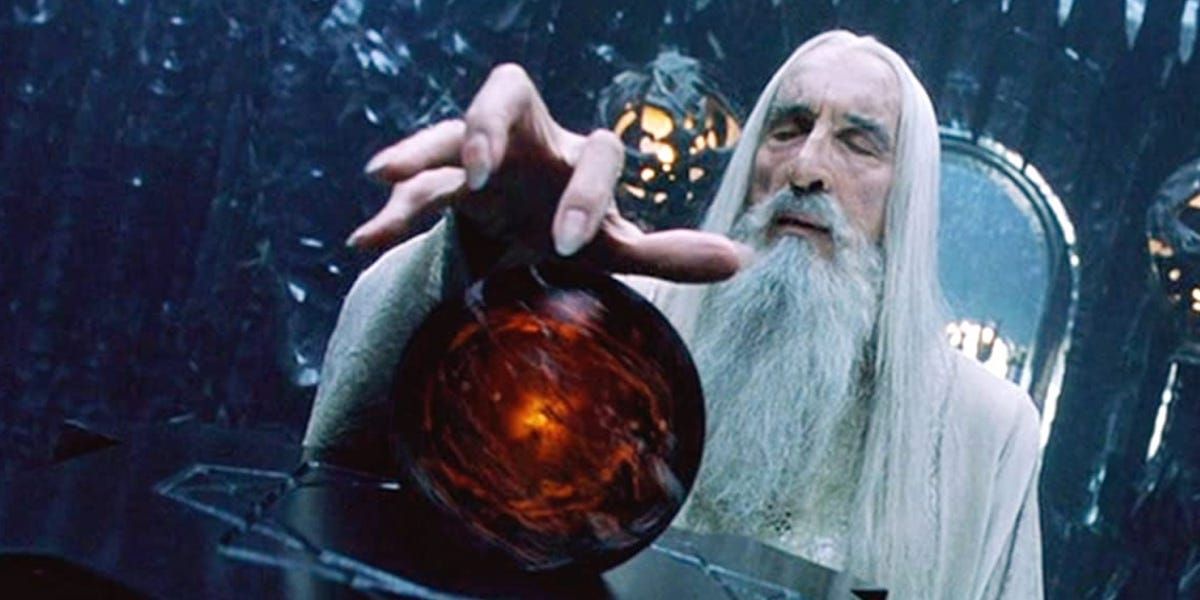 Much of the plot of Shadow of War surrounds Talion trying to acquire a Palantir. This may confuse some, as Saruman is the only one with a Palantir in the Lord of the Rings trilogy, though it is later acquired by Gandalf.

The fact is, the Palantir is not a singular object, and many were created throughout the history of Middle-Earth. A Palantir is a seeing stone, and it’s more of a type of magical artifact than a singular one. 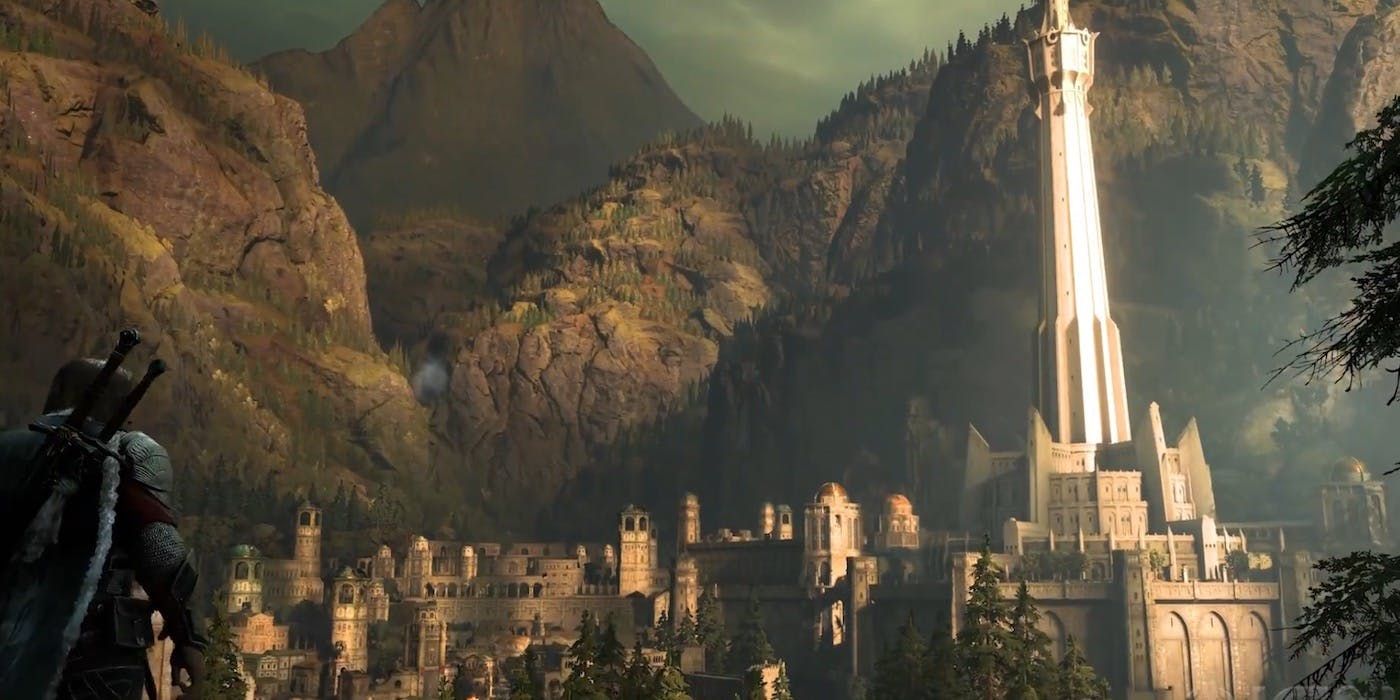 One of the main locations in Middle-Earth: Shadow of War is Minas Ithil, which is sacced by the Nazgul and forces of Mordor. Afterward, it becomes Minas Morgul, a powerful fortress used by Sauron’s army in the War of the Ring.

A player may be confused by Minas Morgul’s transformation if they hadn’t read The Silmarillion. They may think this is a retcon created by Shadow of War, but it’s actually steeped in the lore of The Silmarillion. Minas Ithil was a fortress city built by an ancient race of men that existed prior to the realms of Gondor and Rohan. The details of its fall to Mordor were previously undetailed, and Shadow of War attempts to fill in that gap. 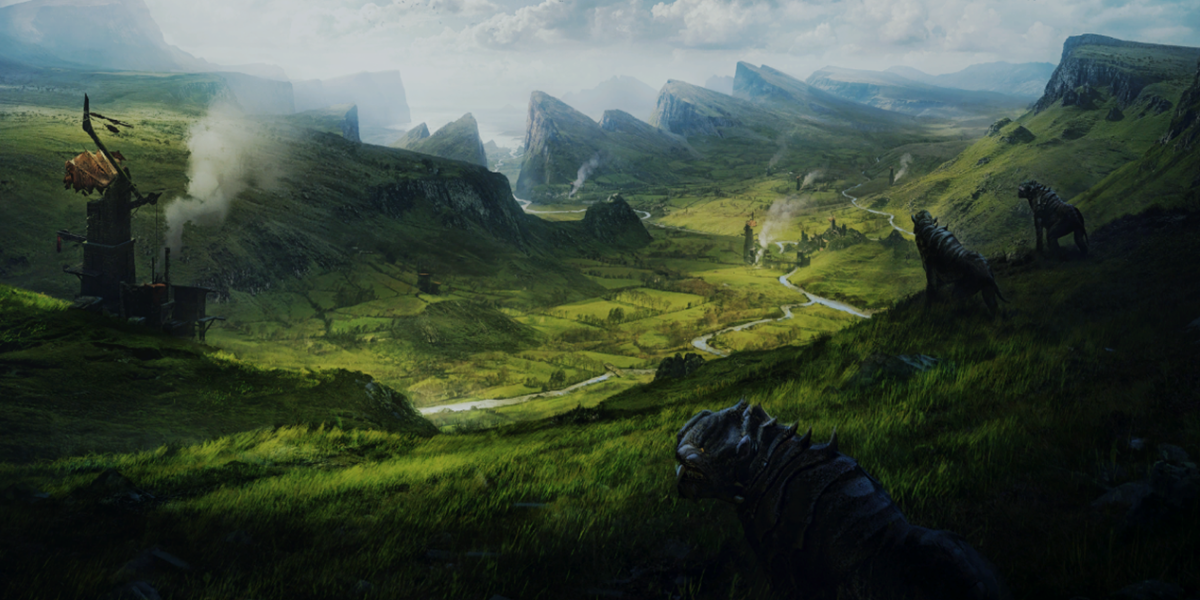 For those who are unfamiliar with Mordor beyond Mount Doom and the blasted wasteland that surrounds it, realizing that Mordor has a region like Núrn may come as quite a surprise and may even be a little confusing.

We’re bending the rules a little bit for this one, but Núrn is referenced in the Return of the King novel, but it wasn’t shown in the film adaptation. It’s expanded upon in The Atlas of Middle-Earth, which was originally published in 1981. It wasn’t written by J. R. R. Tolkien or Christopher Tolkien, but instead by Karen Wynn Fonstad. 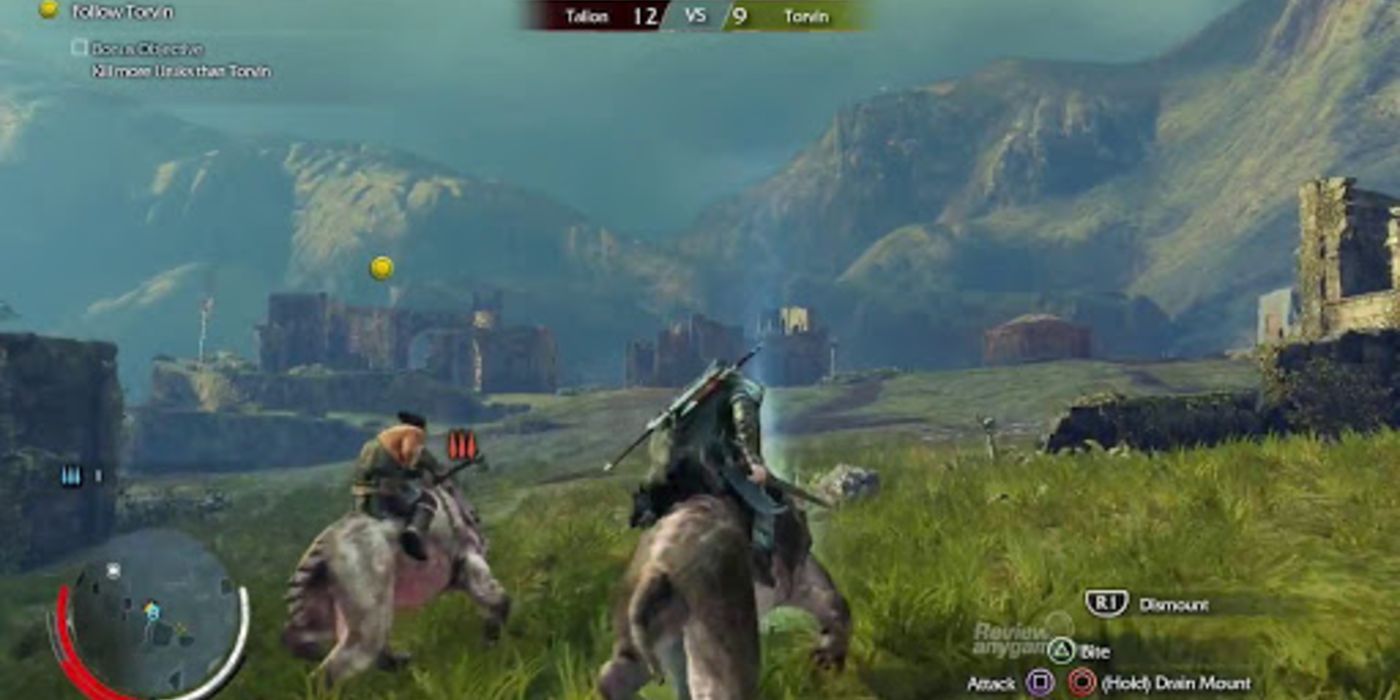 This leads to a wider point that the geography of Mordor is far more vast and diversified than it seems in the Lord of the Rings novel and film trilogy. The fuller portrait of Middle-Earth shown in other Tolkien and Tolkien-adjacent writings show that Mordor is more than Mount Doom.

In the games, this is clearly visible, as the player will spend much time in the area and see more of Mordor than is shown in other media. 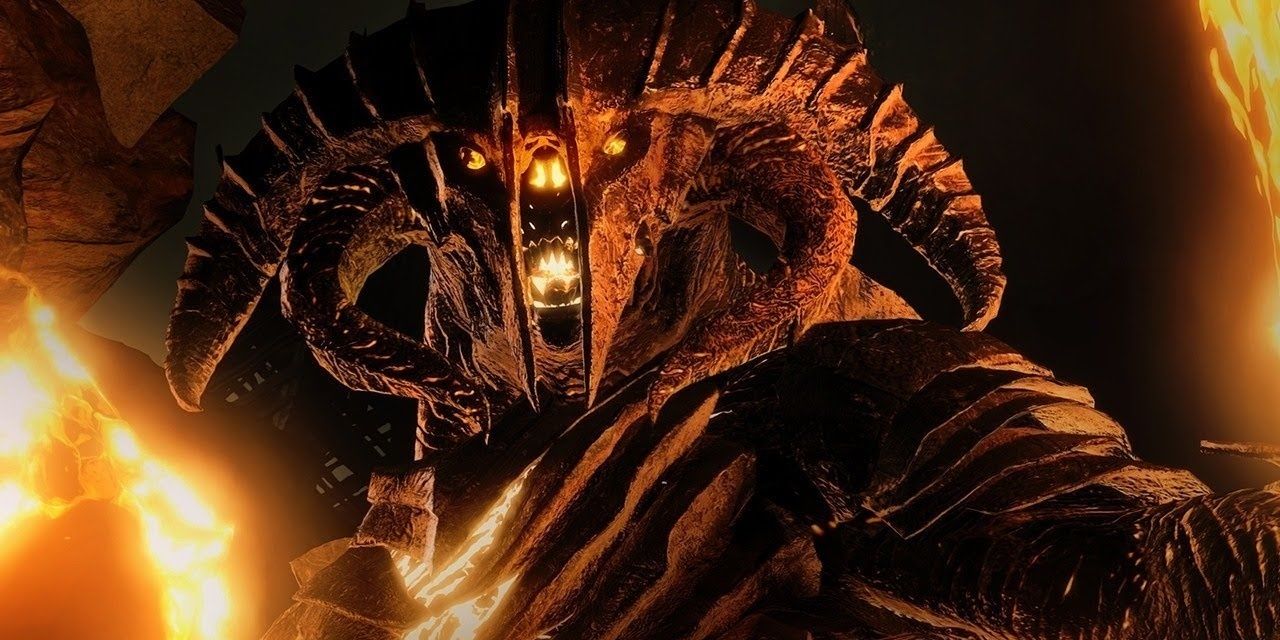 The appearance of the Balrog may have truly confused many players in Shadow of War. The Balrog fought and fell to Gandalf in the Mines of Moria, so what is one doing in Mordor fighting Talion?

The answer to that is that there are actually several Balrog. The Balrog is a species and not a single entity. Balrogs were originally Maiar, or ancient spirits, seduced by Melkor/Morgoth and transformed into these demonic creatures.

Sauron himself is shown in a far different light in the Middle-Earth games than he was in the Lord of the Rings book and film trilogy. In the films and books, he is a towering and intimidating creature clad in charred-black armor. He is an obvious evil of seemingly endless power.

However, that image does lead one to wonder why anyone may have taken the Rings of Power from Sauron in the first place. The Middle-Earth games touch upon what is shown in the Silmarillion, which is a Sauron that can restrain his evil to put on the visage of a gift-giver. We even get to see some of Sauron’s relationship with Celebrimbor. 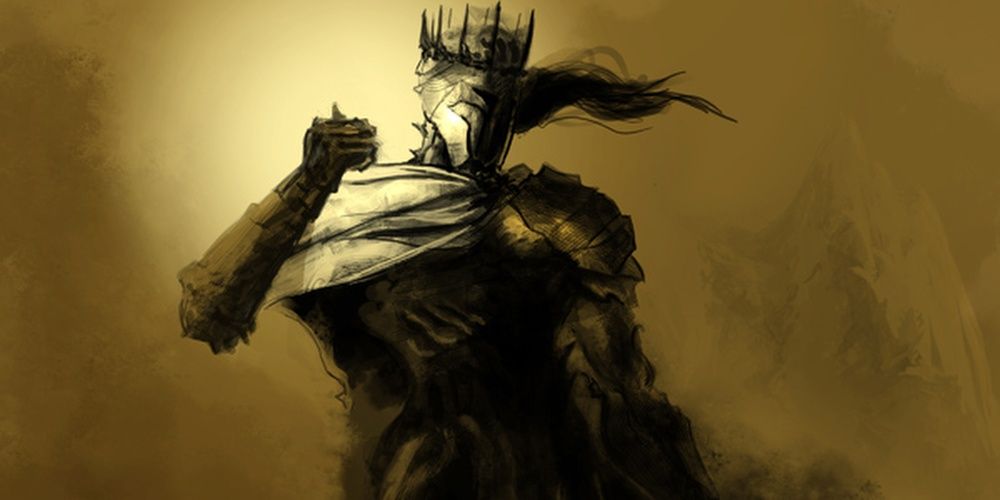 Morgoth, also known as Melkor, is an ancient and vast evil that predates even Sauron. He’s never mentioned by name in the Middle-Earth games, but he is referenced and hinted at a few times, particularly through statues. Sauron was initially a follower of Morgoth, though Sauron was never truly loyal to Morgoth.

Morgoth himself was of the Ainur race, an ancient and powerful race created by the godhead of Arda, a being known as Eru Iluvatar. 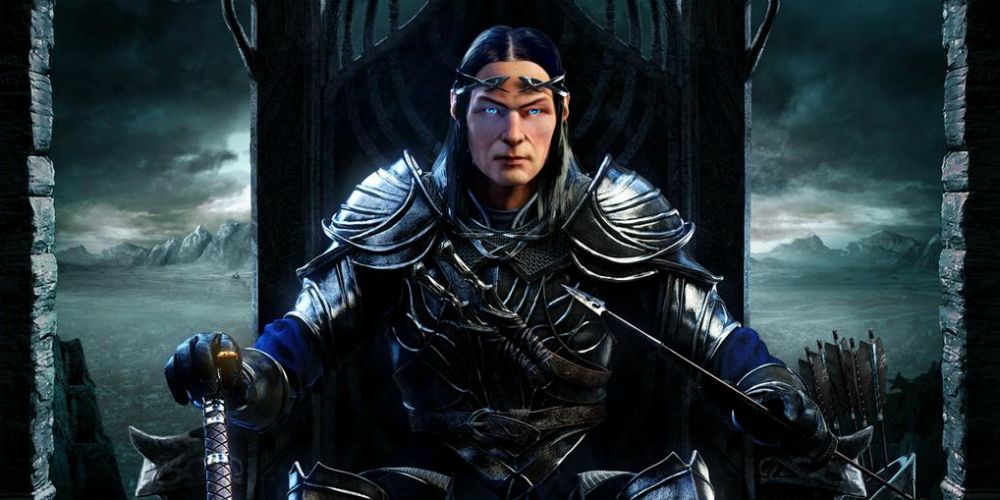 Prior to those entries, one would have been forgiven for assuming that Sauron forged the Rings of Power, but it was actually the Elf, Celebrimbor, who crafted the rings that Sauron would use to take power. Naturally, Sauron also betrayed Celebrimbor. The Middle-Earth games obviously take liberties with Celebrimbor’s story, but he is a character that appeared in The Silmarillion.

NEXT: The MBTI® Of Final Fantasy Villains 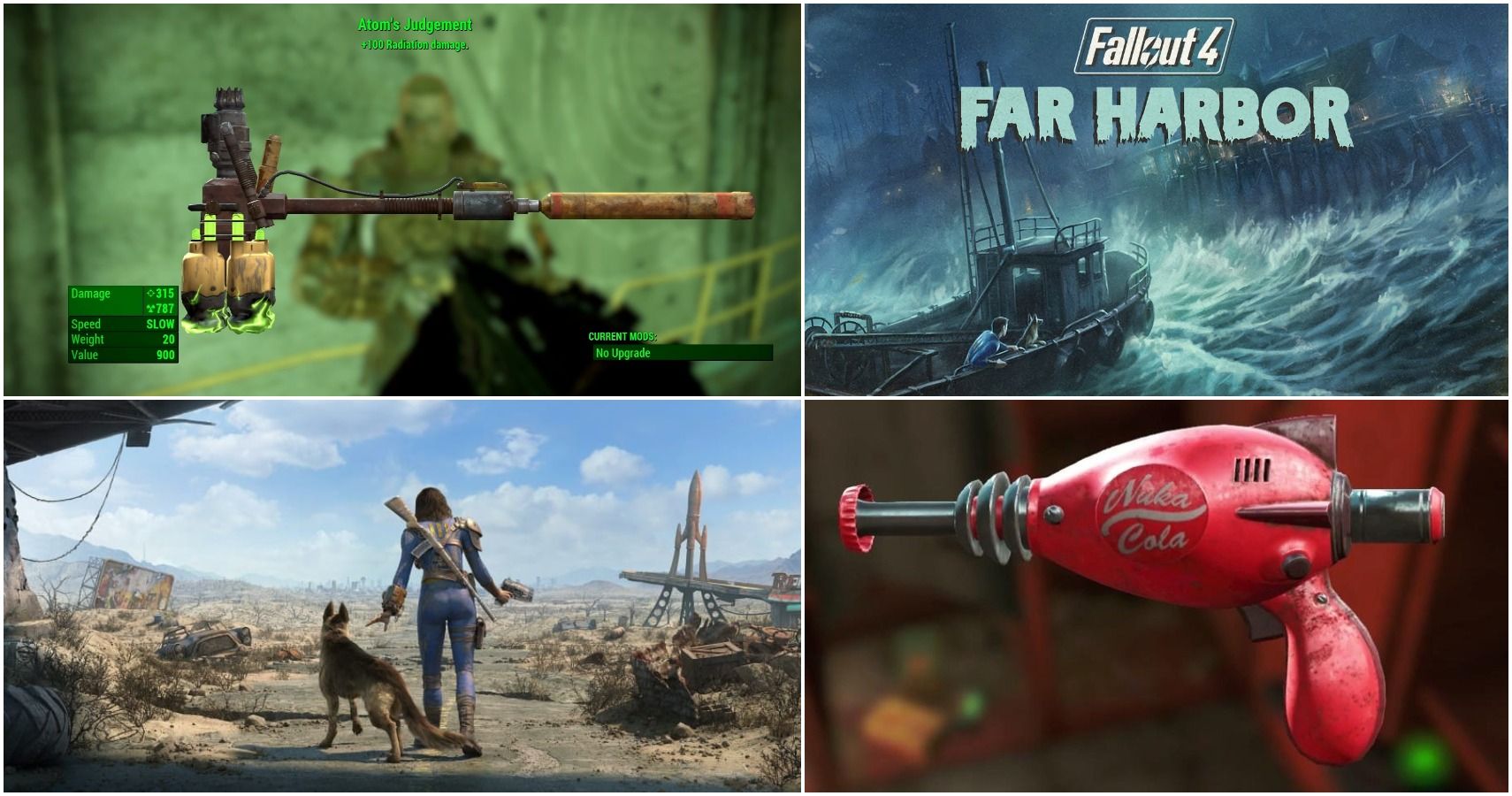