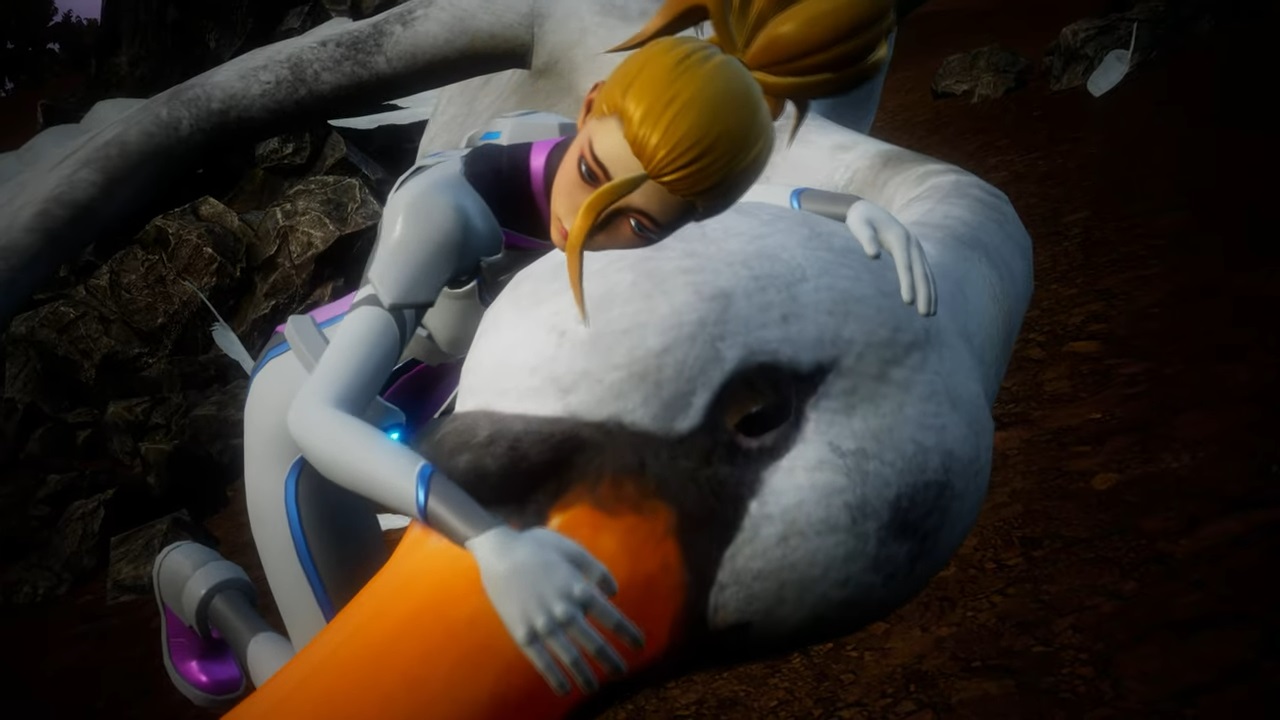 A magic princess and giant swans are the stars of Air Twister, a new endless shooter from the man who made Space Harrier and Shenmue.

It’s safe to say that nobody was expecting Yu Suzuki’s next game to be anything but Shenmue 4, yet here we are. In a surprise announcement, Suzuki has revealed he’s returning to another of his older creations: Space Harrier… sort of.

Titled Air Twister, and releasing exclusively for Apple Arcade, it’s not a Space Harrier sequel since that’s a Sega property, but it is an endless shooter clearly designed to emulate the original Space Harrier arcade experience.

Just like Space Harrier, you are constantly flying forward as you shoot down waves of enemies. Although the weirdest part about the whole thing is that you team up with an army of giant swans.

Air Twister seems to be going for more of a fantasy setting and, unlike Space Harrier, wants to have something vaguely resembling a story. It doesn’t sound anything too complex, though, as you take control of Princess Arch and defend your home planet from an invading alien force.

The game promises more than 20 different enemy types and 10 unique bosses across its 12 stages, with the goal being to rack up as many points as you can.

Unsurprisingly, there will be online rankings so players can compete with one another and its page on the Apple store mentions additional game modes that can be unlocked.

The hows and whys of Suzuki making a throwback to an old school genre on Apple Arcade aren’t entirely clear. Speaking with Axios, he only said ‘When I went to the Apple headquarters, we had a talk – and we actually had a really good talk about what if I was to do a really straightforward game you want to play over and over again, like old school arcades.’

He didn’t elaborate on who approached who first, but Apple is clearly doing something right if it can attract notable game designers to make exclusive titles for its service.

Last year, it released Fantasian, a new role-playing game from the creator of Final Fantasy himself, Hironobu Sakaguchi, and while some games, like Exit The Gungeon and Grindstone, have been ported to other platforms, they were on Apple Arcade first.

There’s no mention of whether Air Twister will release elsewhere too but having Suzuki’s name attached to it may be enough to convince some people to get an Apple Arcade subscription and try it there first.