After fighting your way through The Museum and beating Kuroki the Artist in Sifu, your next stop is The Tower. The boss fight in this stage is Jinfeng the CEO and, thankfully, she's not quite as difficult as the previous battle. Like most things in Sifu, though, she can absolutely wreck your progress if you are careless or fall into some bad habits.

The following guide will help you beat this boss. Even if your timing and precision are not good enough to dodge and parry every attack, there is a strategy you can follow in order to defeat her with minimal deaths, leaving you young enough to take on the last level. 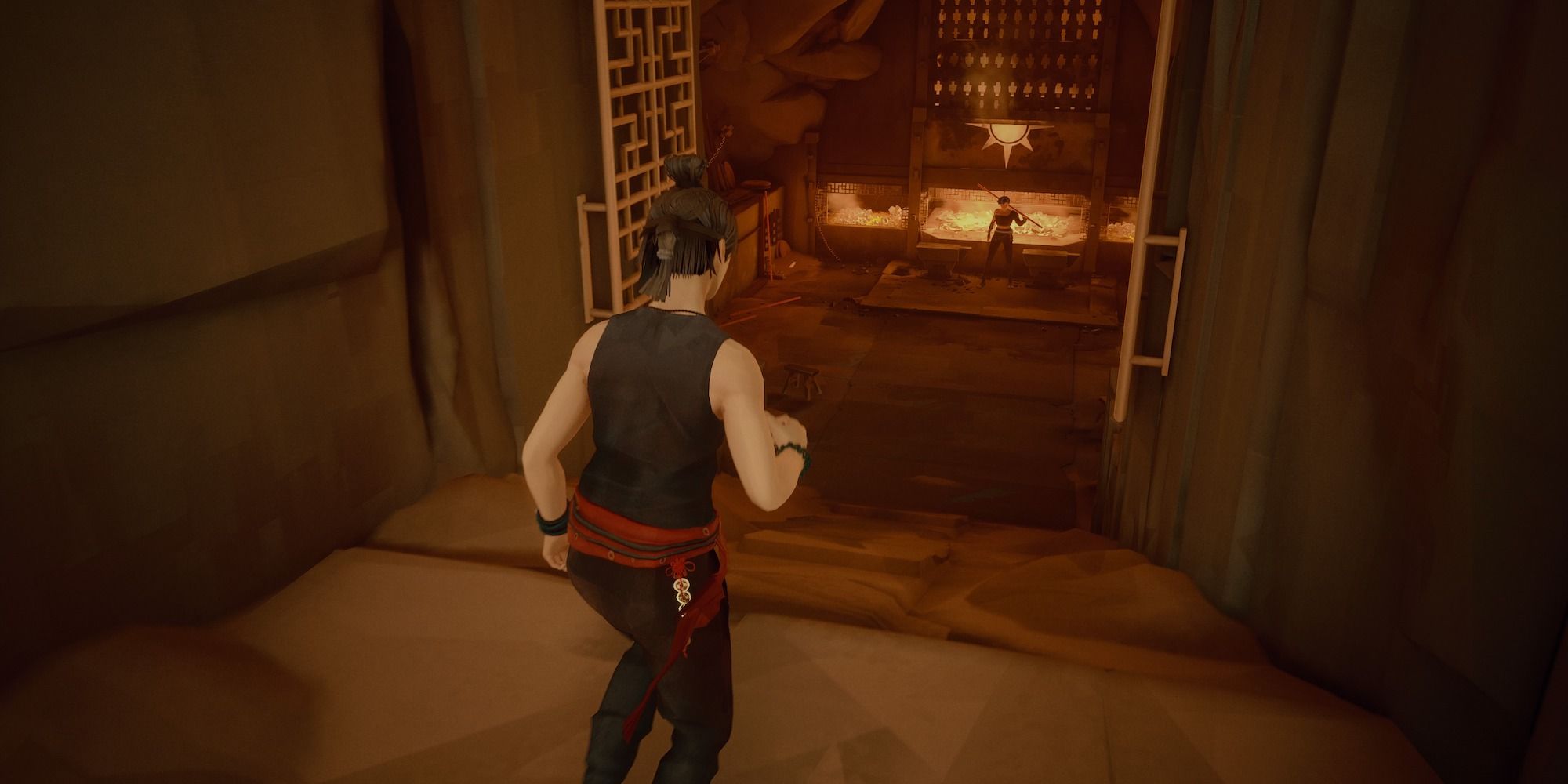 Once you unlock the shortcut, you can take the elevator on the right in the opening room directly to the underground levels. There is a short series of fights between normal enemies and tougher foes before reaching the boss.

For the very last fight before the boss, take advantage of the numerous items in the environment to use the Environmental Mastery ability. Don't sweat it if you die once or twice. At least two enemies reduce your death counter by one upon defeating them.

Jinfeng The CEO: Phase One 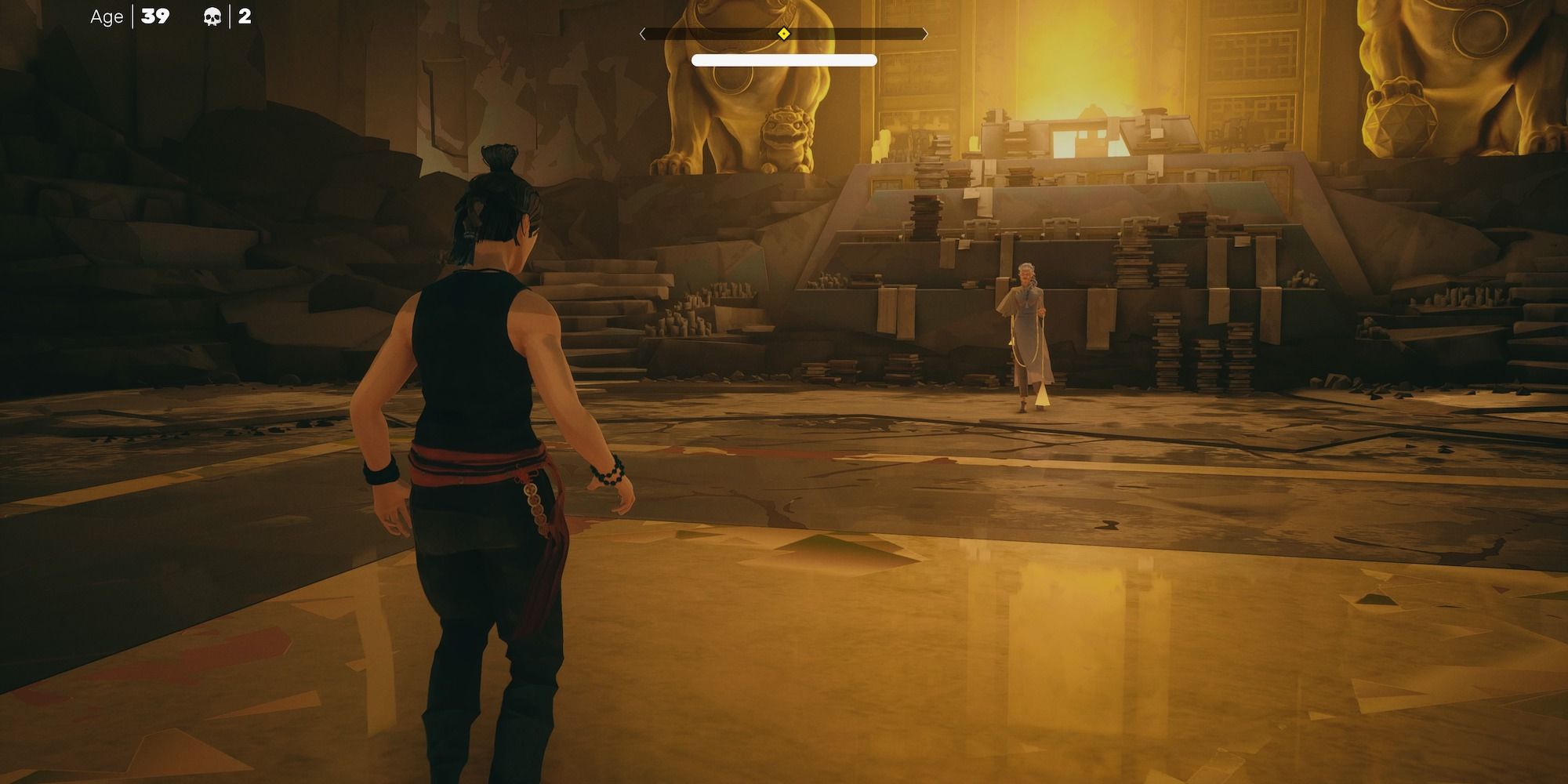 Unlike many of the previous boss fights, Jinfeng the CEO encourages a more offensive style of play. A lot of her moves push you back. When you are far away enough, she will then enact a leg sweep with her long-range weapon.

All of these except the last one can be guarded or parried. When she starts the leg sweep, dodge upward. This gives you an opportunity to run toward her and get a few hits. Take advantage of your Focus Bar for some special moves that stagger her. 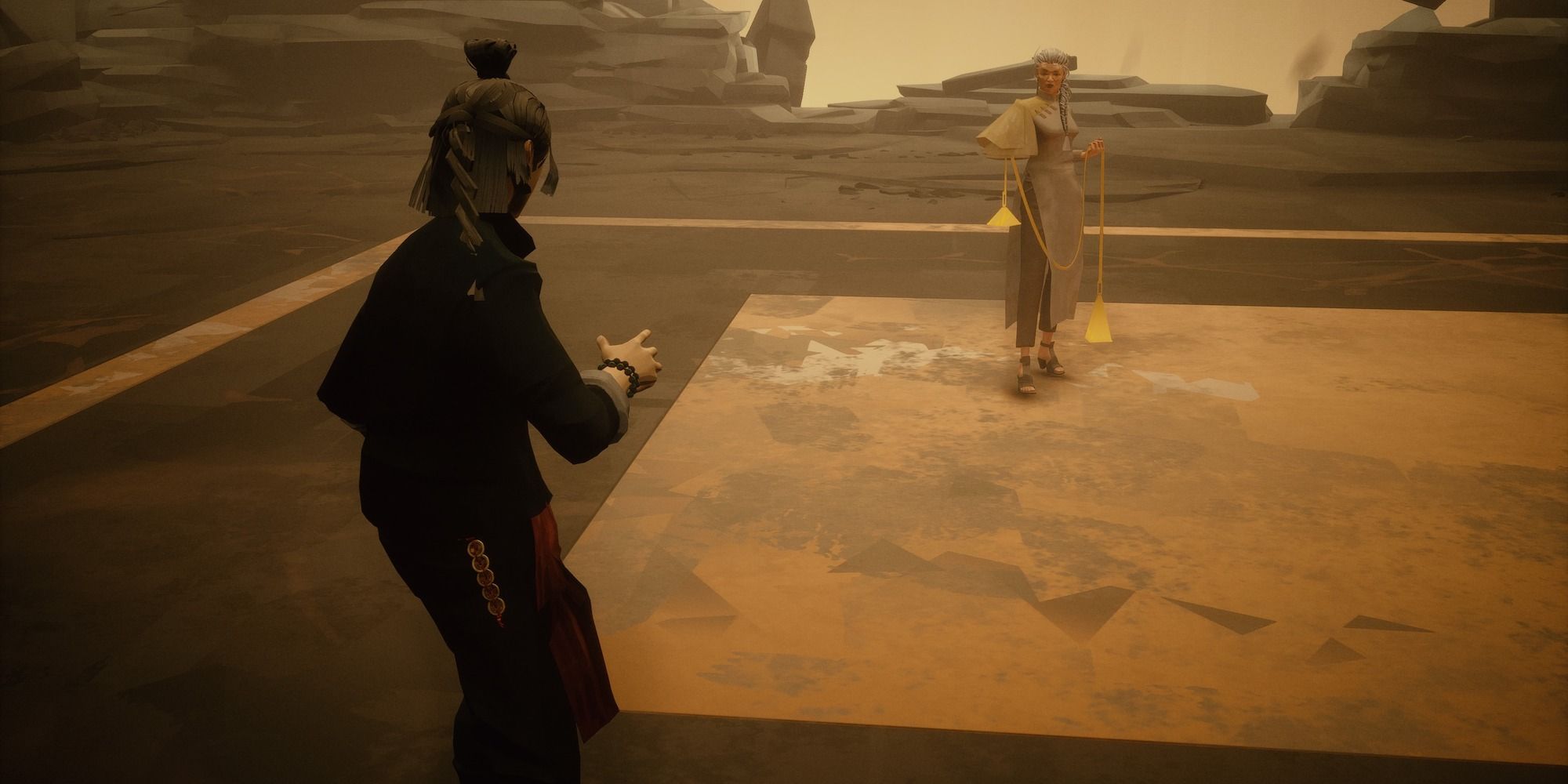 Most of Jinfeng's moves remain the same during the second phase, so use the strategies already mentioned. Like before, you can parry or guard the majority of her moves — just be sure to dodge her leg sweep.

The only one new devastating move is a pull that drags you in and hits you hard. Be sure to dodge to the side to avoid this one. Once you have a steady rhythm of getting in some hits, Jinfeng's Structure will build up quickly until you can do the takedown. 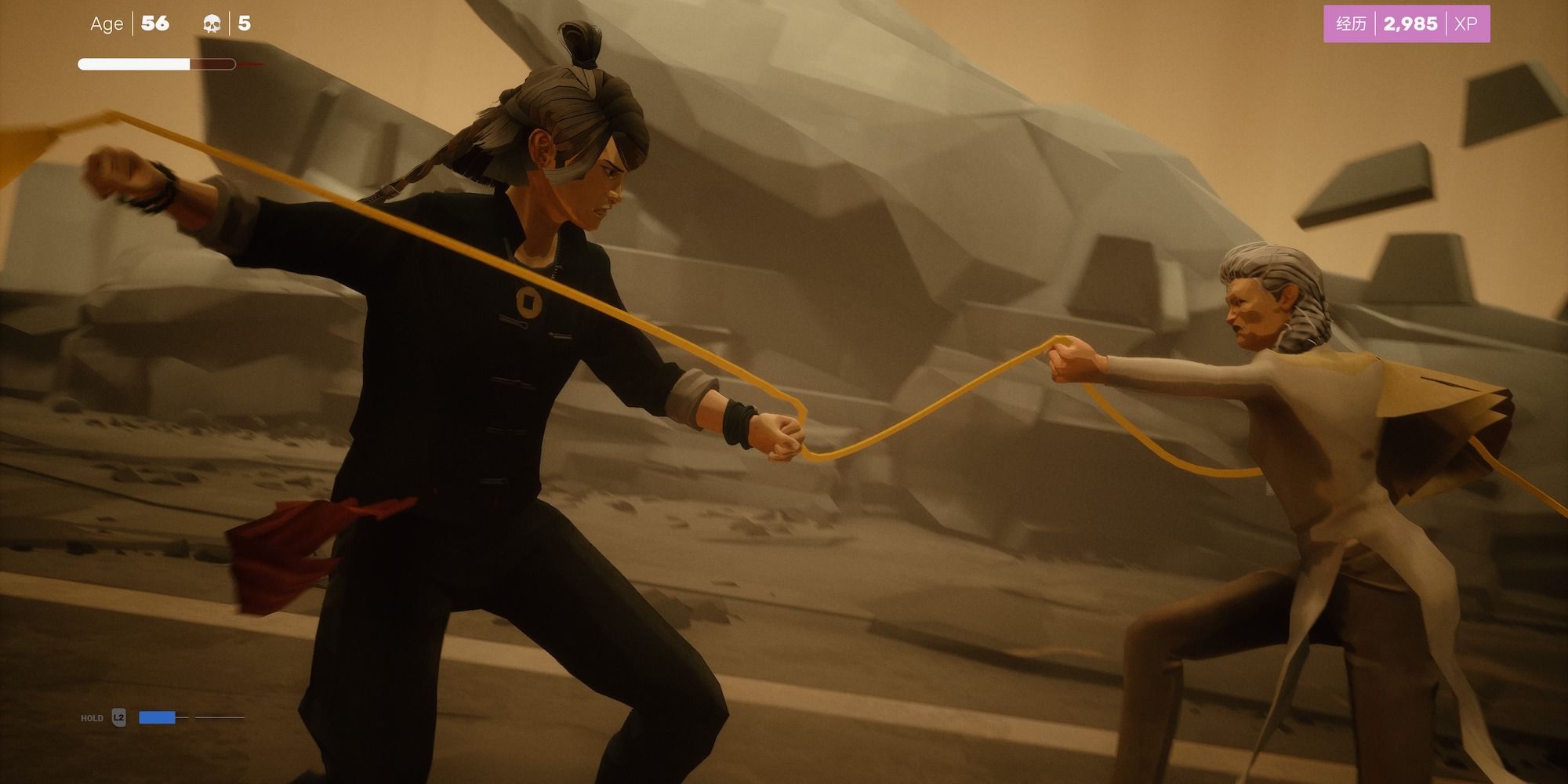 On a second run, you need to Spare her for the true ending. Play the first phase exactly the same as before, but play more defensively during the second part of the fight. The goal is to build up her Structure instead of depleting her health.

Do this by parrying and blocking her attacks. This also builds up your Structure, so dodge attacks to make sure your bar does not fill up yellow. Once you fill up her Structure bar once, do not initiate the takedown. Build up the structure again and then use the prompt to spare her.