Have you ever heard of the WorkBoy? Or have you ever wondered what a Game Boy would have looked like as a computer?

This add-on had two parts to it: the keyboard peripheral and a cartridge. The keyboard functioned as the input method, and the cartridge would function as a day planner, clock, calendar, and more. If you think back to 1992, this was an impressive technological addition.

Unfortunately, the WorkBoy never actually got to the market, even though they’d gotten far with its development. At the time when it would have been released, the Game Boy was about to drop in price, which would have made the WorkBoy more expensive than the original hardware. 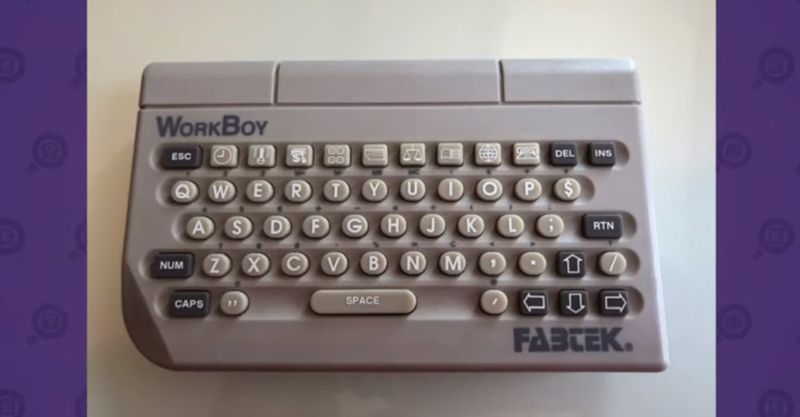 Liam Robertson, a researcher who works with DidYouKnowGaming (on YouTube) has finally discovered a working prototype of the WorkBoy, after he’d been missing the cartridge. Frank Ballouz, the founder of FabTek, had mailed Robertson the keyboard, but without the cartridge, Robertson wouldn’t be able to get a working prototype. Luckily, one of the releases for the Nintendo Gigaleak included the code for the WorkBoy.

After burning the code onto a cartridge, Robertson was able to experience the WorkBoy closely to the way it was originally intended. In his video, he goes through the details of putting this all together and his experience with it at the end.

It’s a shame that the WorkBoy was never released. While I’m not sure how much a computer-like experience would have added to playing the Game Boy, I’m still a sucker for this type of tech. It’s not clear what Liam plans to do with the prototype, now that he has a working one, but it would be great if he decided to at least do a tear down before returning it if that’s what he decides to do with it.