Heinz’s baked beans can be a great source of fibre in your diet, but with these Dungeons & Dragons dice, you can roll your character’s moral fiber as well.

Yes, this hearty meal has been turned into rollable dice, and it’s supremely gross. However, for those Heinz enthusiasts out there, you should know that they won’t spoil. The creator of this bean bonanza The Dice Buffet says that they removed the liquid and the beans are dried so they won’t go off. Also, they will be for sale on an Etsy store when a restock is made sometime this week. The creator says that they will give followers one to two days of notice before posting the dice on the storefront.

If you think that’s not enough, The Dice Buffet also created a coffin style box also with beans encased inside the shell. They’ll eventually include them in a package deal for a reduced price down the line. 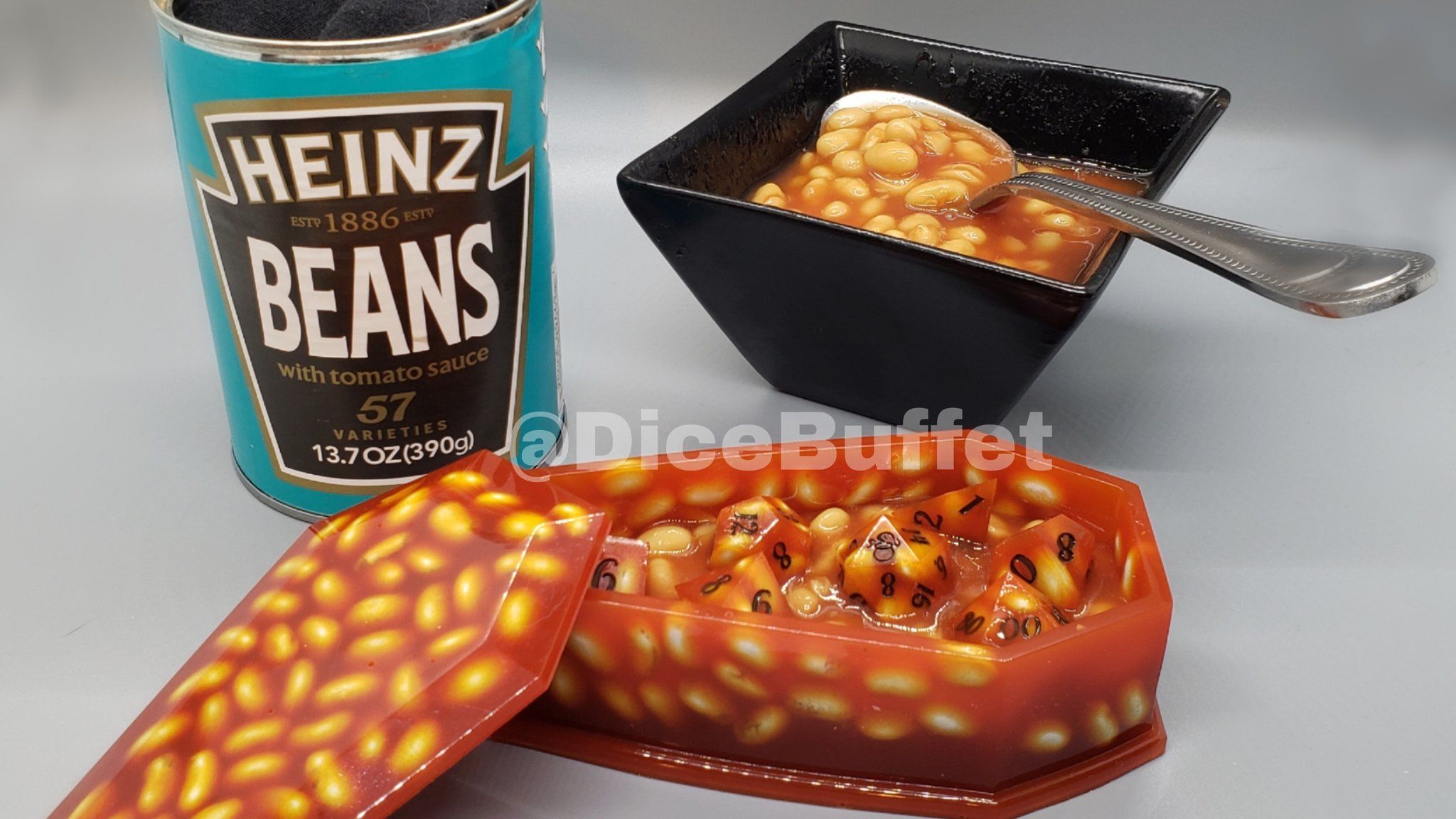 These strange dice have drawn the attention of a few pop culture celebrities like Hank Green, a popular YouTube vlogger, and Steve Blum, the voice of Zeb Orrelios from Star Wars Rebels and Spike Spiegel from Cowboy Bebop.

This isn’t the first time The Dice Buffet has been creative with their designs. In the past, the team has taken some pretty wacky ideas. Last week, the company showcased a dice with Jim Beam whiskey and glitter inside. It ended up looking golden and sparkly, adding a classy touch to someone’s dungeoneering.

It’s a little uncomfortable to see food dressed up as dice and a case, as there’s always the thought of them going off, but The Dice Buffet ensures this is a safe way to roll your D20. Just don’t eat them, as the company obviously suggests.

This isn’t the first time people have been creative with Dungeons & Dragons. Over the past few weeks, we’ve been imagining Pokemon as monsters for the game and have pondered on the alignments for popular Fire Emblem characters. Part of what makes D&D so fun is the creativity that it can bring. It has the biggest open world in any game, really, as it all comes from your imagination.