A new European startup from the founders of music-streaming platform SoundCloud has its sights set on bringing subscriptions to the burgeoning ebike market. The company today announced that it has raised €15 million ($17.8 million) in a series A round of funding to expand the service beyond its current pilot program in Germany.

The funding comes as demand for electric bikes soared due to the global pandemic, as commuters and city dwellers sought alternative modes of transport away from crowded public transit. While ebikes had been gaining some momentum over the past few years anyway, the COVID-19 crisis has accelerated sales globally — in the U.S. specifically, ebike sales jumped 190% in June compared to the previous year. And reports now suggest that the global ebike market could grow from less than $8 billion in 2018 to $46 billion by 2026.

Dance is the brainchild of Eric Quidenus-Wahlforss and Alexander Ljung, the SoundCloud founders who departed the company in 2019 and 2017 respectively, and Christian Springub, the cofounder of website builder Jimdo. The trio officially unveiled their invite-only ebike subscription program in their domestic Berlin market earlier this year, with plans afoot to expand to more cities in Europe next year. The company confirmed that the U.S. would also be on its radar “eventually.”

The company isn’t revealing much details on what its ebike looks like beyond a few teaser images, but that is because it’s iterating various designs through the pilot phase — Berlin is very much a test-bed for what is coming further down the line.

“We are currently in development with our first in-house built bike and we will launch with that model next year,” Quidenus-Wahlforss told VentureBeat. “We’re showing a hint of what is to come, versus what is going on at a small scale in Berlin today.” 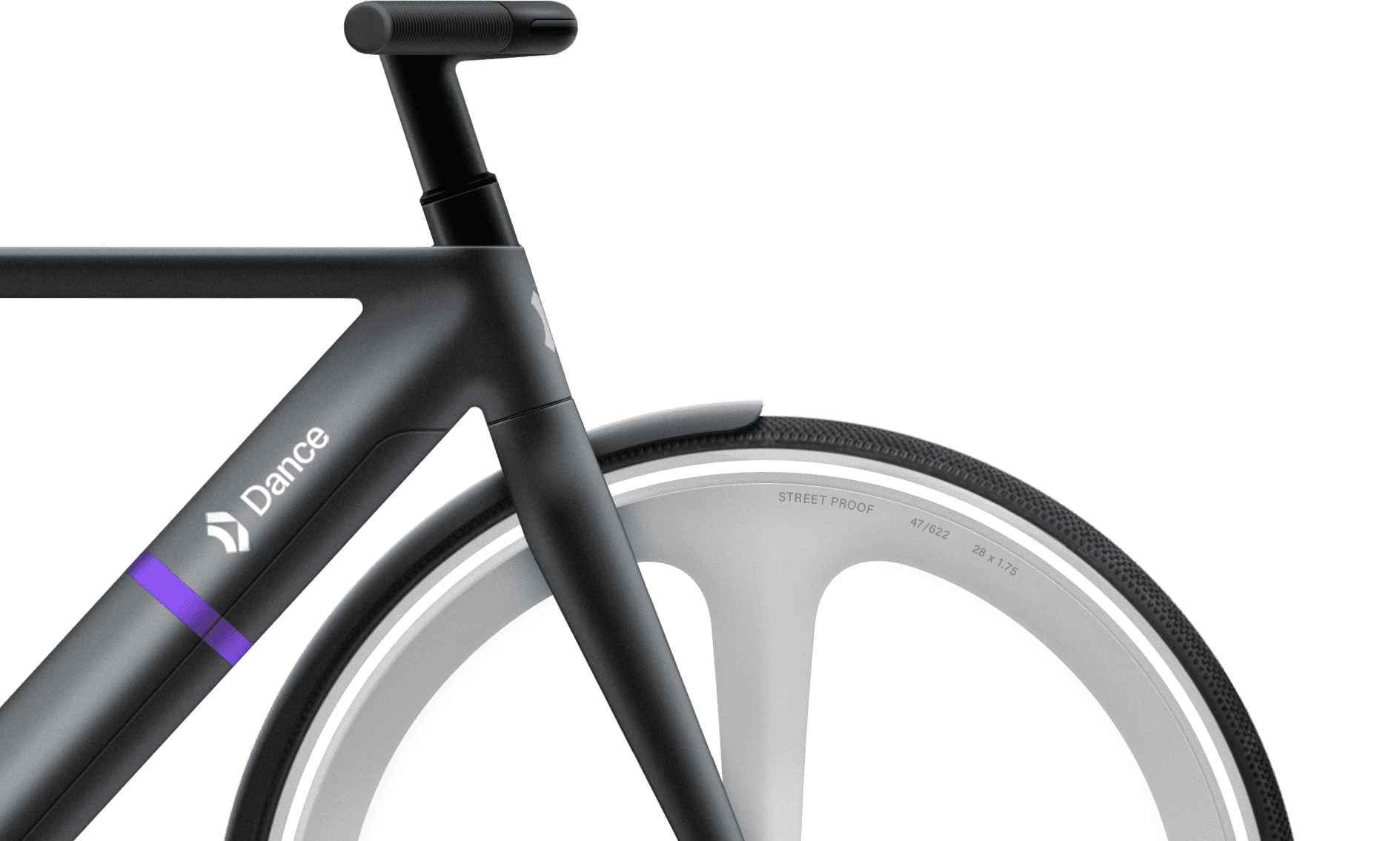 Electric bikes are like standard bikes, except they have an integrated electric motor that makes pedaling easier — this makes them popular with commuters in particular, as it reduces physical exertion (and thus sweat) for those traveling to the office. They often come packed with other connected smarts too.

There are several options already for those looking to use ebikes. Companies such as Lime offer pay-as-you-go “dockless” services, which allows users to locate their nearest ebike and pay just for the time that they used it. And then there is the ownership route, whereby the consumer elects to purchase an ebike outright. Dutch startup VanMoof recently raised $40 million to bring its ebikes to more markets, though the two models it offers cost around €2,000 ($2,300) — this type of price point will preclude many people from ever owning an ebike.

There are cheaper ebikes out there, sure, but Dance is betting that consumers don’t want to dole out hundreds or thousands of dollars for a bike, only to be saddled with all the extra cost and burden that comes with maintenance and insurance. 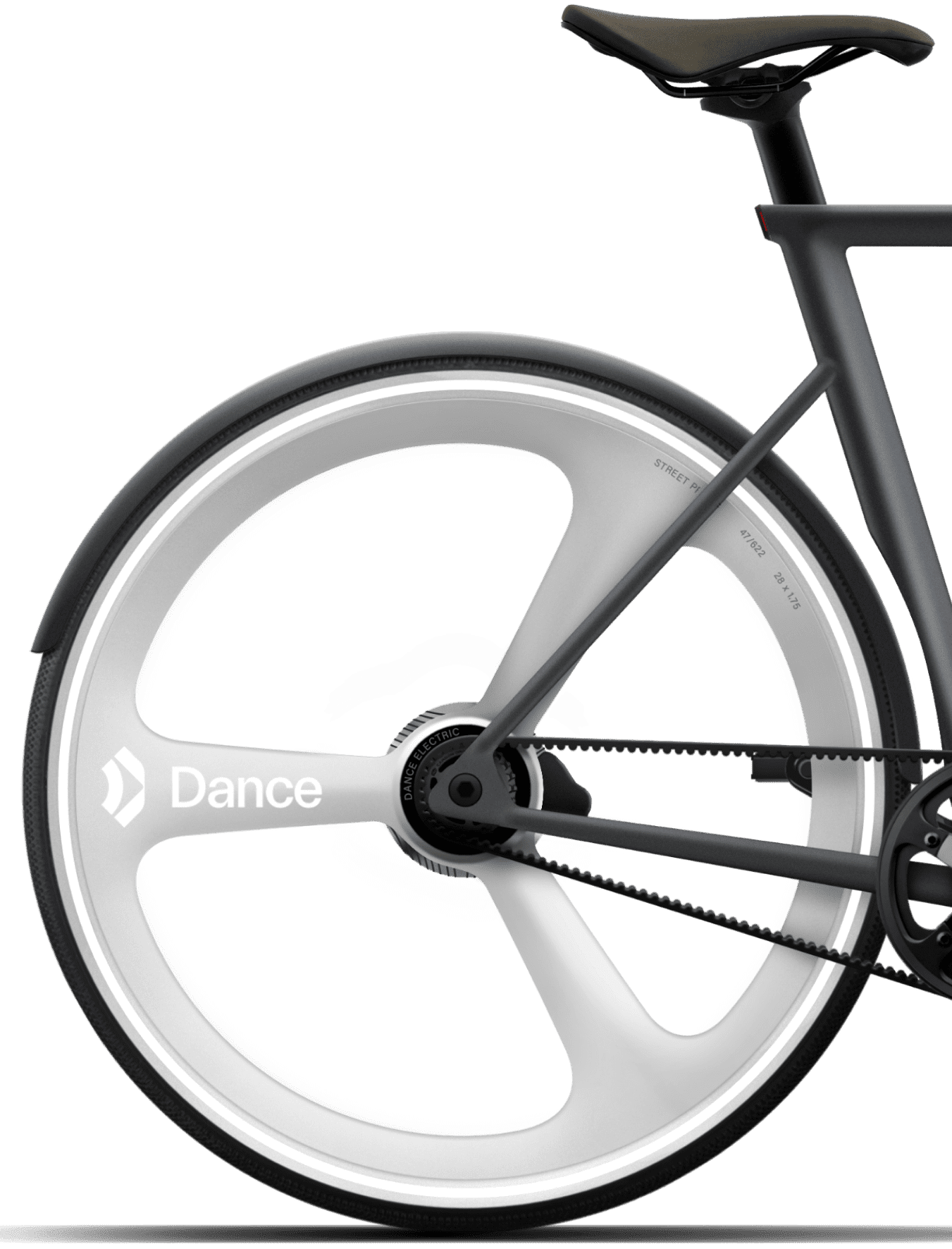 Above: Dance bike (rear)… roughly what it will look like (maybe)

For €69 ($82) per month, riders receive a Dance ebike direct to their door within 24 hours of ordering it online, with the monthly fee covering all the necessary maintenance and theft insurance. A mobile app also enables the user to tap GPS location tracking for their bike, the ability to lock / unlock it, and access concierge services such as maintenance and theft replacement services.

For many, €69 is still a hefty monthly commitment, though juxtaposing the price against other existing transport costs may help rationalize at least some of the cost. In Berlin, a monthly travel pass can cost up to €85, a figure that rises significantly in other cities around the world — a London-wide monthly travel pass, for example, can cost more than $300. Although Dance isn’t at the stage of discussing localized pricing for when it does expand globally, it’s likely to look closely at local transport costs when setting its monthly subscription fee.

“Making e-bikes accessible and affordable for everyone is at the core of Dance and our prices and terms reflect this,” Quidenus-Wahlforss said. “We wanted to make the price in line with or cheaper than alternative transportation costs, and at the same time offer the best ebikes to our customers.”

Moreover, Dance subscribers aren’t locked into lengthy contracts, which is one more reason why it could appeal to travelers. If they decide they would rather use public transport, they can change their mind at any time and not worry about having paid a huge up front cost to own one outright.

“It was important that customers didn’t feel locked into contracts so we have made it that users have the ability to cancel their subscription at any time,” Quidenus-Wahlforss added. “We also offer a three day free trial period so that people can decide if ebikes and our service is the right fit for them.”

Similar to VanMoof, Dance is taking a “holistic” approach to its service and developing everything itself, including the hardware, software, and operations, though it has partnered with a Taiwanese manufacturer to build the actual bikes.

The company’s series A round was led by Holtzbrinck Ventures, a European VC fund that has backed a number of notable startups through to exit, including HelloFresh and Delivery Hero. And with €15 million in the bank, Dance is well financed as it prepares for launch in the coming months — where exactly this will be outside of Berline, however, is not yet entirely clear.

“Aside from opening up more in Berlin itself, we are currently in the planning stages of where we will expand to after with eyes set on more European cities and eventually also the U.S.,” Quidenus-Wahlforss continued. “Customers have been telling us what they expect from their vehicles and we’ve been tweaking the software and operations based on feedback as well.”