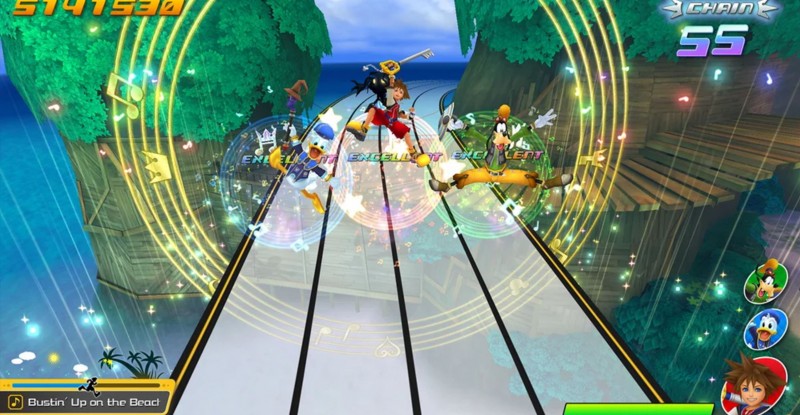 The Japanese announcement trailer, which you can see below, shows our beloved heroes Sora, Donald, and Goofy fighting to the melodies with popular Disney characters like Aladdin and Hercules. We also see the gummi ship and a boss battle against Xemnas. Get ready to sync your attacks to the beat!

Melody of Memory is coming to PS4, Xbox One, and Switch later this year in Japan. Time will tell about plans for a North America release. We will update this story should we learn more.